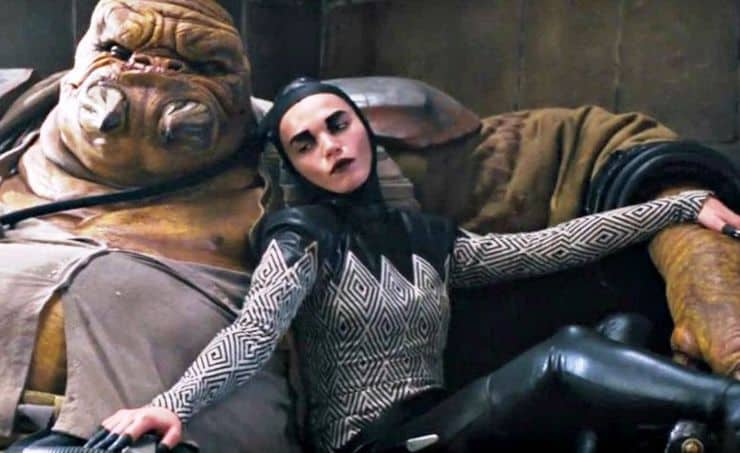 The Yellow Villains have new recruits in their ranks. Check out this build featuring Bazine and her Gamorrean bodyguards that will pummel any foe. 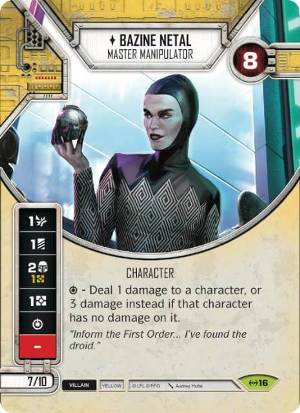 Bazine Netal is a new Yellow Villain that has some interesting support value. 1 disrupt, 1 discard, 2 shields for a resource, 1 resource, and 1 special ability make her a support character with what seems like no damage potential, until you read her special ability. You may deal 1 damage to a character, or 3 damage if that character has no damage on it. This is a great way to deal some burst damage on your first enemy target. The elite version of Bazine will be great for her next two partners. 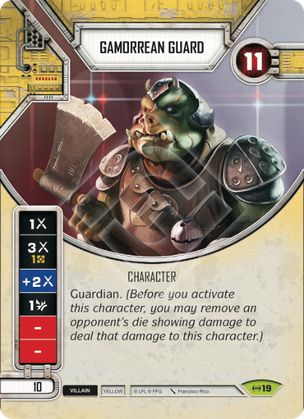 The Gamorrean Guard is another new generic Yellow Villain that has a ton of health and the Guardian keyword built in. 1 melee, 3 melee for a resource, +2 melee, and 1 disrupt make an interesting die that favors melee combat. This deck will double up on these two characters for a nice even 30 points. 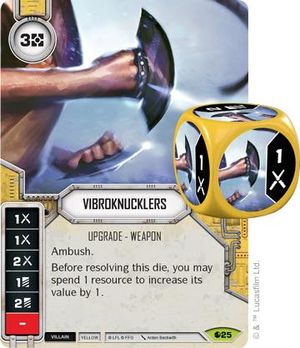 The perfect upgrade for the Gamorreans is Vibroknucklers. With 1 melee, 1 melee, 2 melee, 1 discard, and 2 discard, this die can help keep the Gamorreans melee dice on target and dealing massive damage. With Ambush and the ability to spend a resource to increase its die value by 1, Vibroknucklers is a sure fit for these melee brutes. 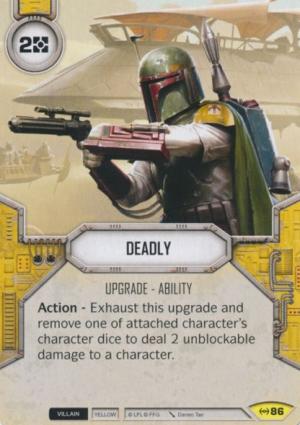 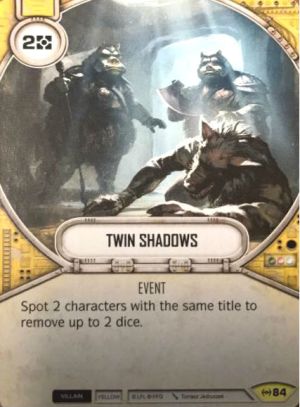 The Twin Shadows Event card is the perfect fit for the twin Gamorreans! For 2 resources, you may spot 2 characters with the same title to remove up to 2 dice. Dice removal is a powerful effect in Destiny, but the ability to remove 2 with no downside is an amazing card!

Bazine and the boys are ready to brawl with the best decks out there. Will you be running this deck in your local meta? 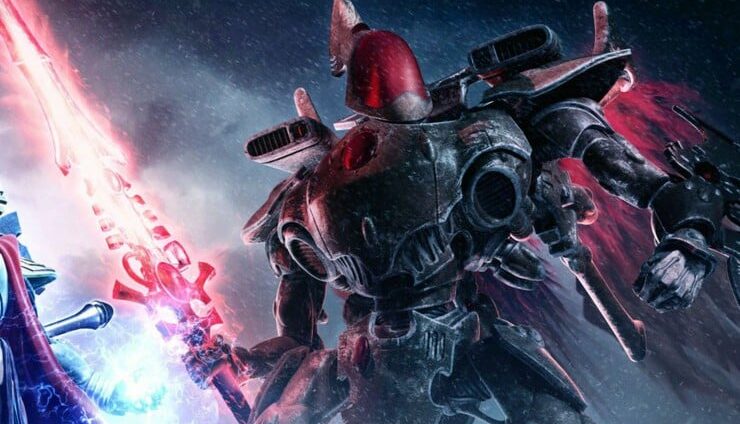 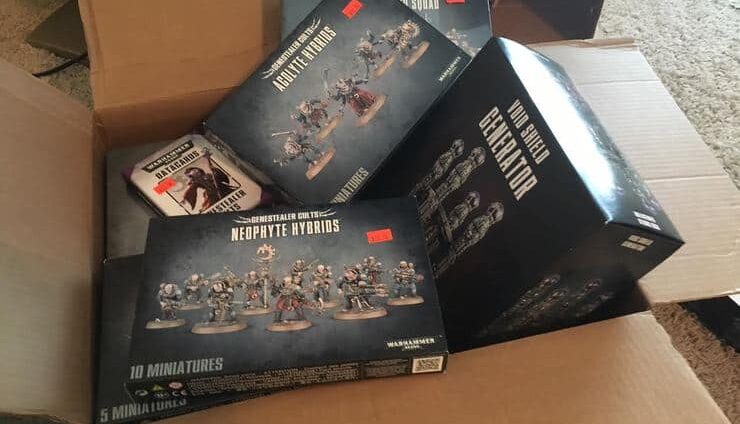 NEXT ARTICLE
Only Days Left For October’s Crate of Miniatures »
If you buy something from a link on our site, we may earn a commision. See our ethics statement.