Fantasy Flight Games has given us a preview the new faction that will swarm across Terrinoth and bring all their enemies to their knees!

The Uthuk Y’llan consumed everything in their path until their defeat at the end of the First Darkness. Now, they have returned and their demonic warbands bands bring chaos and destruction. The Uthuk Y’llan Army Expansion brings three units and a hero to the table. Units include 16 Berserkers, 4 Flesh Rippers, and 1 Spined Thresher. The hero unit is the brutal Ravos the Everhungry. The expansion comes with 22 models, tokens, terrain pieces, 12 upgrade cards, and more. This preview focuses on the three demon units and how they will function in your Ynfernael army.

The Uthuk Bersekers run frenzied at their enemies after being whipped up by Blood Coven witches. They have a Steadfast nature, so they are resistant to fear effects. Their action dial consists of 3 blue march actions between initiatives 3 and 6 and they have a white modifier that can be paired with any action. They can choose to suffer a wound to gain Lethal 1 for the duration of their attack. Their frenzy does not last forever and this ability can only be used twice in combat. 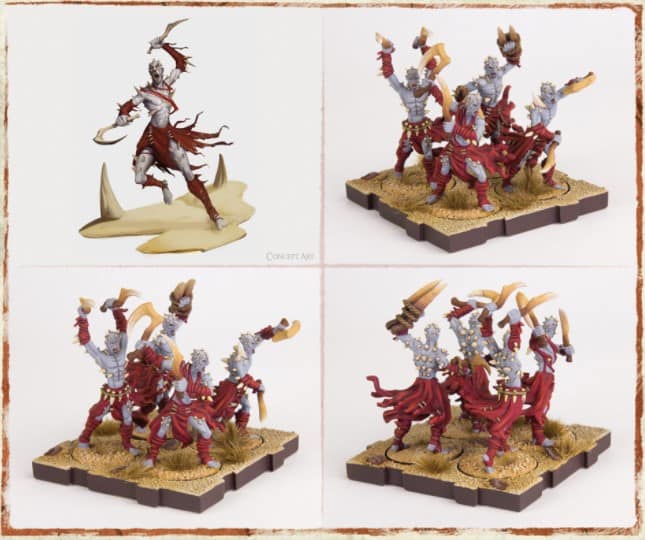 The Flesh Rippers make up the cavalry of the Uthuk Y’llari and are terrifying. They can function as hounds, scouts, or saboteurs. Chieftains and sorcerers can use them as mounts but are nearly impossible to restrain. Before their command tool is revealed, the player must perform a movement speed -1 maneuver. Surges are their greatest asset. After rolling a red die and two blue die, they have the ability to inflict damage equal to each surge icon revealed. They can even use the red action modifier on their command tool to grant them a morale and a surge icon. They can spawn quickly and a player can have up to nine trays of these beasts on the field at any time.

Their command tool is heavy with actions and modifiers that are focused on marches, shifts, and reforms. At initiative five, the Flesh Rippers may tap into their link to the Ynfernael to perform a march action equal to the number of unstable energy runes in play. If the forces of darkness grant their favor, this may allow your Flesh Rippers to move at a speed of four, the highest in the game. Don’t worry if the runes are not in your favor. They possess a blue march two modifier that can be paired with any other march actions. 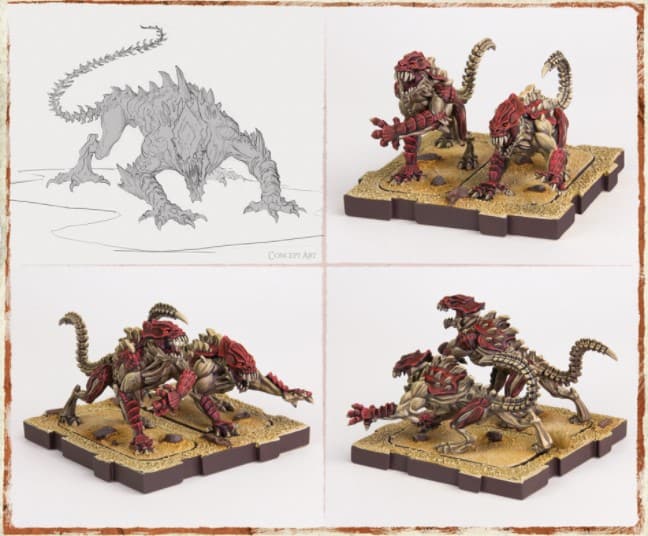 Spined Threshers are monstrous beasts that can rend flesh, armor, and even fortified stone. Once activated, each enemy player who does not have a panic token within Range 1 to the number of unstable runes on the field will receive a panic token. The panic token allows the Thresher to reroll a die to aid its attack. With five wounds and two solid defense, the Thresher is highly resilient. They are a pain to summon however, with a cost of 18. 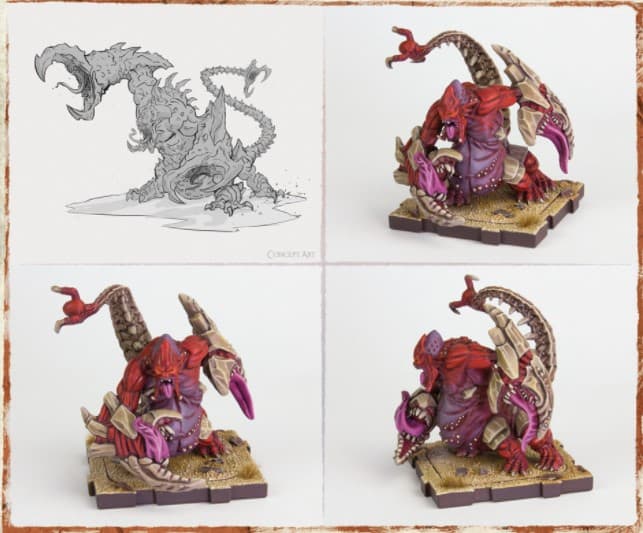 Spined Threshers feature a white march one modifier, granting them greater mobility than many other siege units in the game. When participating in a melee, the Spined Threshers may pair their attack with a red modifier that not only provides a bonus hit, but a morale icon as well.

A new evil force enters the battle for Terrinoth with the Uthuk Y’llan Army Exansion for Runewars Miniatures Game. The army of the Locust Horde includes four new demonic units with the Uthuk Berserks, Flesh Rippers, Spine Threshers, and their dark hero Ravos the Everhungry. In addition to twenty-two customizable figurines, the expansion includes tokens, terrain pieces and cards, and twelve upgrade cards.

Be looking for the Uthuk Y’llan Army Expansion in the fourth quarter of 2017. Be sure to also check out our vid on how to jump into Runewars! 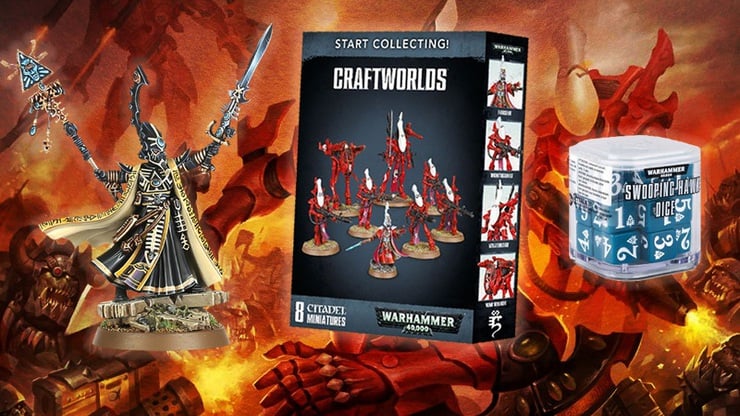 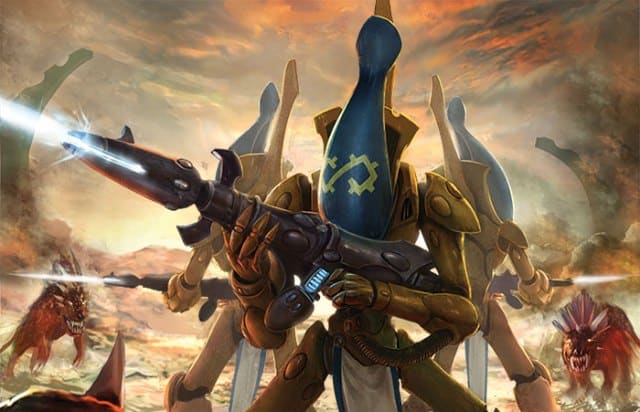 NEXT ARTICLE
Wraithguard Giveaway Monday 8pm EST on Twitch »
If you buy something from a link on our site, we may earn a commision. See our ethics statement.