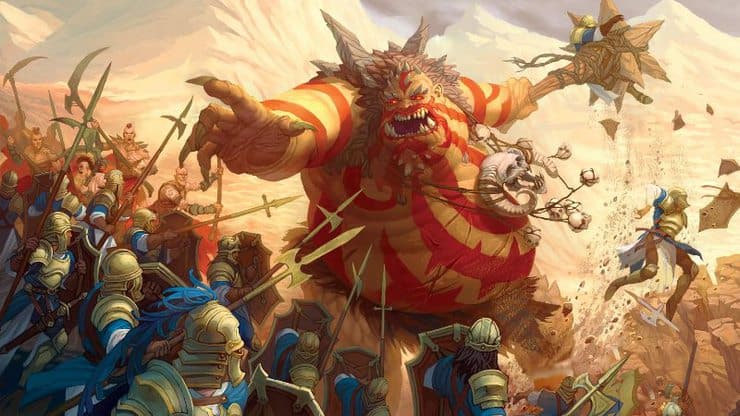 Fantasy Flight Games has given us a preview of Uthuk Y’llan’s dark hero, Ravos the Everhungry. Come check out this ruthless and greedy creature!

Once thought dead, the ancient enemy has returned from exile in the distant east to ravage Terrinoth once more. The embodiment of ruthlessness and greed, Ravos the Everhungry manifests every aspect valued by the Uthuk Y’llan. The hulking creature is covered in bulging, sagging tissue and sharpened, bony growths. Open gashes crisscross his enormous belly and thighs and weep a foul substance with every movement. Ravos the Everhungry is equipped with Brutal 1, Precise 1, and Steadfast (Fear 2). He is armed with a wicked bone scythe and can spend a surge to inflict a wound on every enemy at range 1. Y’llan allies are not immune to Ravos’ wrath. Before each End Phase, you must choose a unit—friend or foe—at range one of Ravos, and force that unit to suffer one wound. 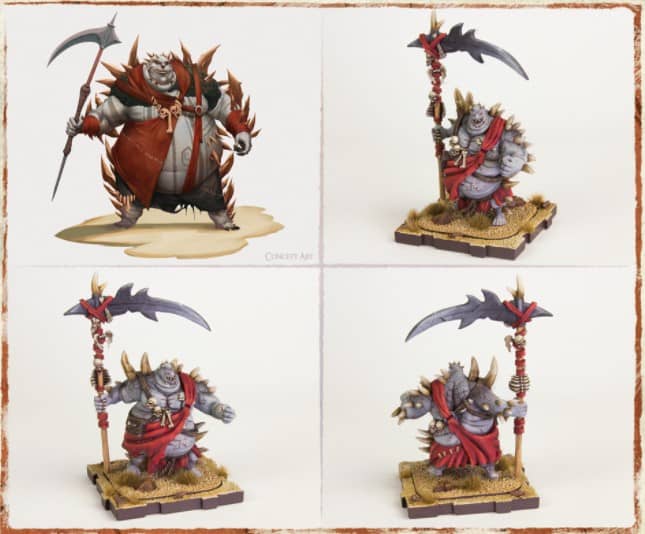 Ravos is a one man nightmare and is the first hero to be classified as a siege unit. He has an initiative of 4 and can perform a march action with speed equal to the number of unstable energy runes in play. If there are no unstable runes, then he has an initiative of 8 and a speed four march action. The Uthuk’s hero has not one, but two melee actions on his action dial. He may strike early in the round at initiative three, or wait until initiative 6. Ravos can pair his melee actions to cause bonus hits or inflict panic. Ravos’ upgrade allows him to maintain Precise 1 and Steadfast by choosing a unit at range 1 to suffer a wound and, after setup, each enemy receives a panic token. His Insatiable Hunger upgrade will have him pursuing enemies, even after his action for the round is complete. 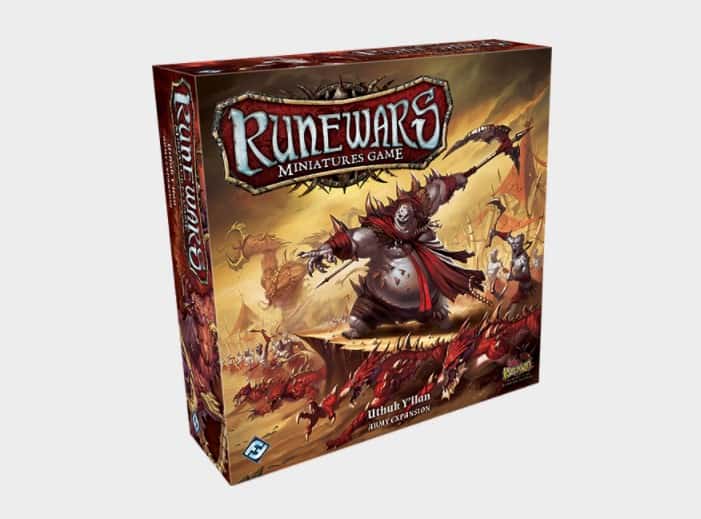 A new evil force enters the battle for Terrinoth with the Uthuk Y’llan Army Exansion for Runewars Miniatures Game. The army of the Locust Horde includes four new demonic units with the Uthuk Berserks, Flesh Rippers, Spine Threshers, and their dark hero Ravos the Everhungry. In addition to twenty-two customizable figurines, the expansion includes tokens, terrain pieces and cards, and twelve upgrade cards.

Be looking for Ravos the Everhungry and the Uthuk Y’llan Army Expansion in the fourth quarter of 2017. Be sure to also check out our vid on how to jump into Runewars! 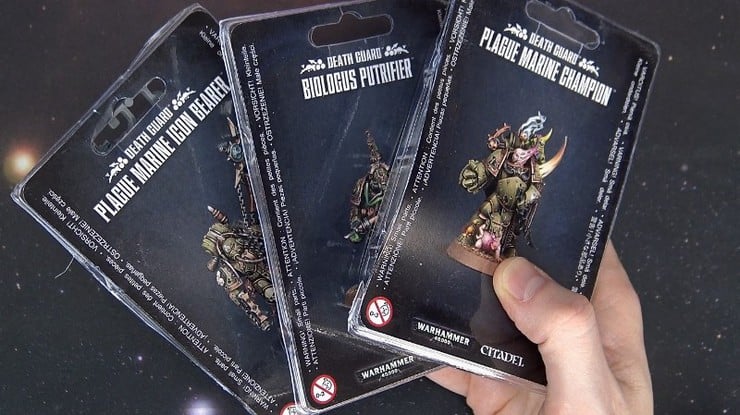 NEXT ARTICLE
Gotta Collect ‘Em All? DG Characters: REVIEW »
If you buy something from a link on our site, we may earn a commision. See our ethics statement.