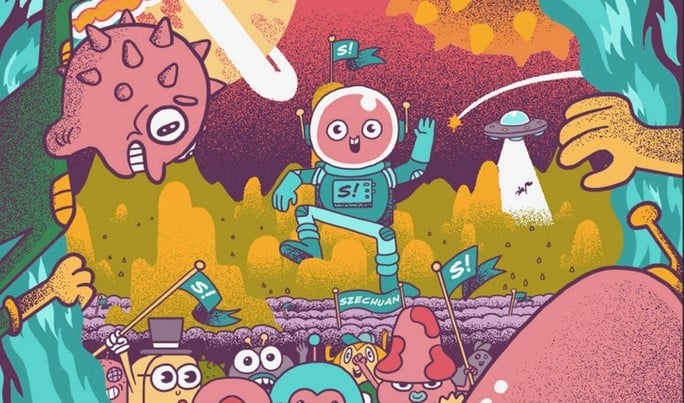 The world has gone nuts, Morty, over that sweet and tangy Szechuan Sauce from that one promotion back in 1997. Morty, what have we done!

McDonald’s tried. We can give them that. Except that win is very, very, very small in the multi-verse, barely making a positive note. For their new launch of whatever their new thing was supposed to be, most eyes  were on the dipping sauces. However, they had an incredibly limited release of said Szechuan Sauce, even more limited than they had initially implied. Due to its demand, thanks to fans of Rick and Morty (as well as the nostalgia for the 1997/1998 promotional runs). 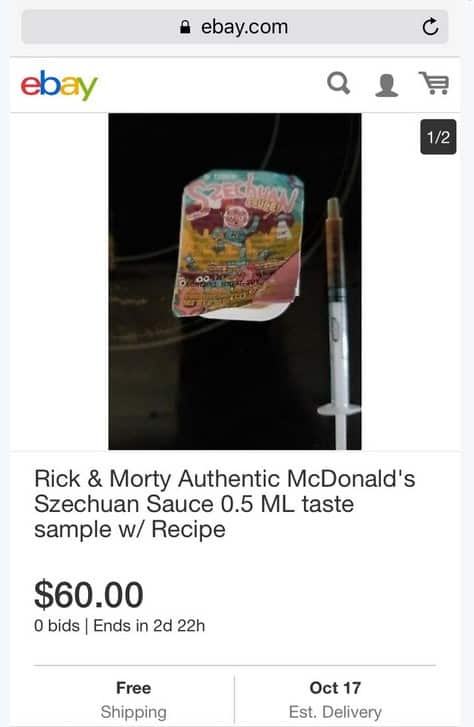 All that said, the sauces are now up on eBay for rather crazy prices. Some sauce packets are being sold for as low as $0.99 – $1.45 and others for upward of $399. One listing has the poster only for $700. Some outlets have reporting someone selling TASTINGS of the sauce, plus recipe, for $60. Some of these have been seen as scams, but people out there are absolutely crazy for that Rick-demanded sauce.

The one-day event first promised sauces and posters, yes in limited run, to quite a few restaurants but quickly changed the website prior to the event to show that which cafes would be listed as “Szechuan Available.” First implication that all participating cafes would have sauce then changing the tune after the announcement is rather tough and not everyone would have heard about those changes, necessarily. How many people could be disappointed by not having access to a MCD with sauce from their favourite shows? 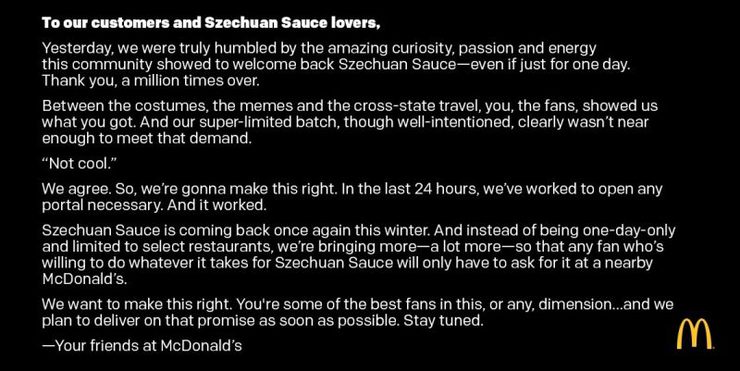 Well, someone is listening, at least, because McDonald’s seems to be doing something positive. In a Twitter post on October 8th, the company has announced the return of Szechuan sauce this winter. This may be a limited time event, such as the McRib being limited time every year, or for longer, but someone is listening to the negative press….or they’ve noticed how many people are posting eBay sauces.

With this news, Rick may be able to stroll down the street rather than looking for that sweet spot in his portal gun to the “forever 1997” universe. Then we can get back to the real shenanigans! 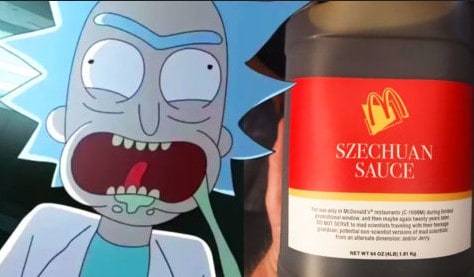 And that’s the wayyy the news goes! 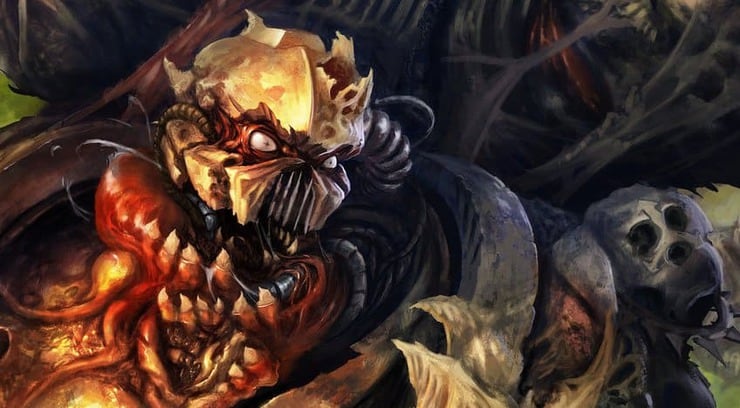 NEXT ARTICLE
Painting Nurgle Poxwalkers Made Easy: Tutorial »
If you buy something from a link on our site, we may earn a commision. See our ethics statement.