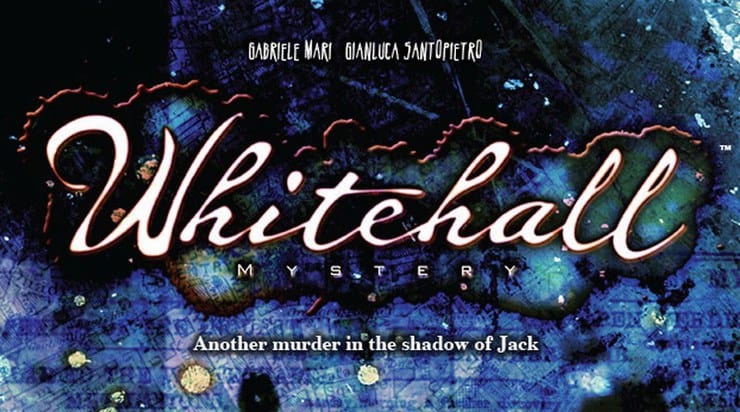 Fantasy Flight Games has released a stand alone game in the Letter of Whitechapel series. It’s time to hunt Jack the Ripper in Whitehall Mystery!

It’s 1888 and Jack the Ripper has been terrifying London for months. Now, it is time for you to capture him before he fades into the London fog forever. Fantasy Flight Games has released Whitehall Mystery and, at the time of this writing, it has already sold out on-line. Whitehall Mystery is a game of bluffing that is designed for two to four players to play as one of three investigators and one player chosen to play the nefarious Jack the Ripper. The investigators include: Sergeant Arthur Ferris leads the hunt as the blue investigator. With the help of surgeon Thomas Bond, the red investigator, and the yellow investigator, journalist Jasper T. C. Waring and his loyal dog, Smoker.

The Whitehall Mystery map is condensed to give players a streamlined gaming experience. The game consists of four rounds with a series of turns. Jack makes the first move then investigators make respond with the moves and choices. Each round ends if Jack makes 15 moves or has reached a new Discovery location. The player controlling Jack will have Track Sheets to record his chosen Discovery location and his moves. Investigators will be able to consult each other before moving out in order to formulate a plan to search for clues or track down the killer. While they have less distance to cover, they also have less manpower. This can be rectified by using the optional rule Hire Reinforcements from the Dear Boss expansion. 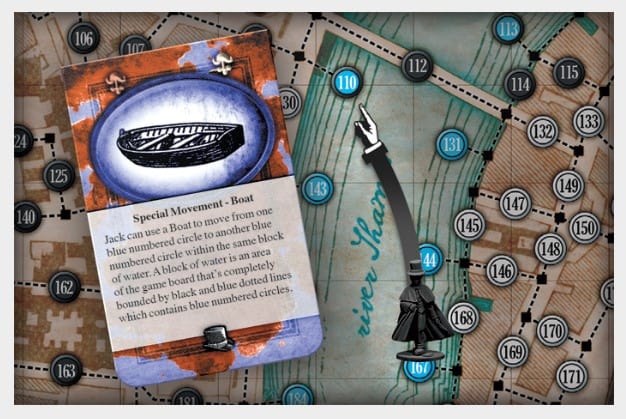 Jack and investigators will have some unique features to navigate around, one being the Thames River. Special boat cards can be used but are finite. Once spent, they will have to cross the bridge at one of the two bridges on the map. These bridges are wide enough for one person only. his can force saucy Jack into a dangerous situation if he must reach his next Discovery Location on the far bank, but an Investigator blocks his only path. Optional rules can be used to customize the game. For example, Newspaper Fabrications allows Jack to reclaim an alley or boat tile that had been already used. This could provide him with a quick exit in case investigators get a little too close. 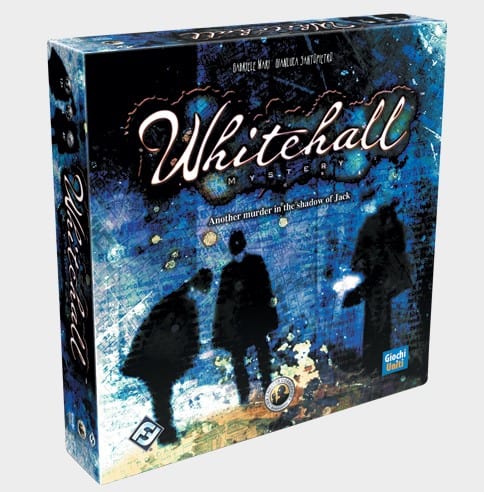 Track a killer or become one in Whitehall Mystery!

Whitehall Mystery is a refined game of deduction and bluffing set in 1888, in the London of Jack the Ripper. It is a game for two to four players, age fourteen and older. Scotland Yard is hot on the heel of another serial killer, right when Jack the Ripper is active! In the tight network of streets and alleyways, a hunt for a new and mysterious murderer begins.The Jack player wins the gae if he is able to complete his crime without being caught. The Investigator players play together, and they win when one of them captures Jack.

Whitehall Mystery is out now but currently sold out on FFG’s on-line store. Check with your FLGS for an available copy.

For more on Whitehall Mystery and other great games, visit Fantasy Flight Games! 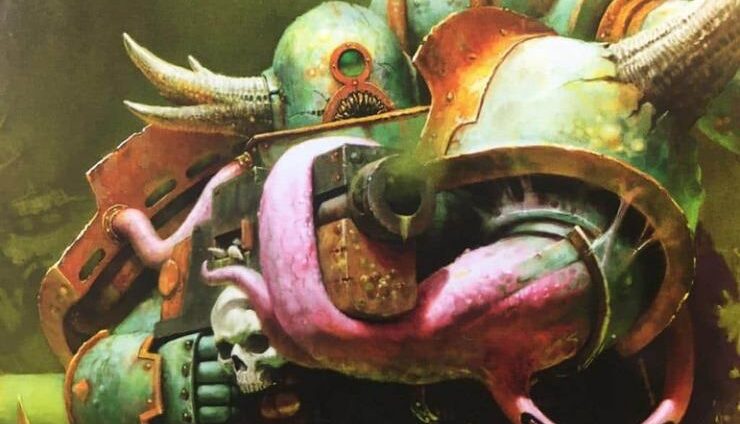 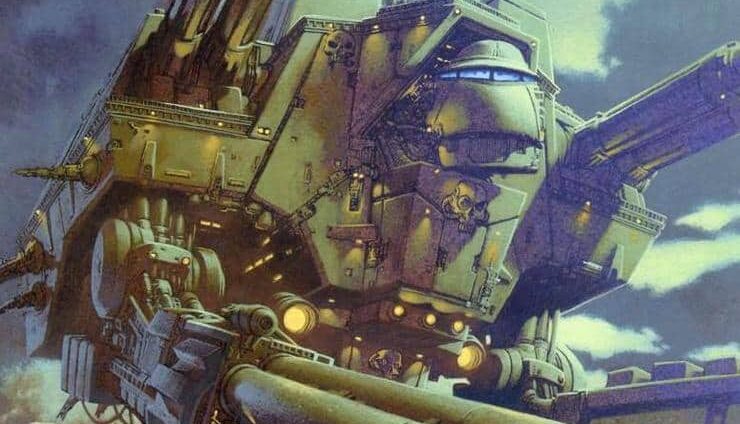 NEXT ARTICLE
Watch Your Six: Sneaky Titan Pic of the Day »
If you buy something from a link on our site, we may earn a commision. See our ethics statement.