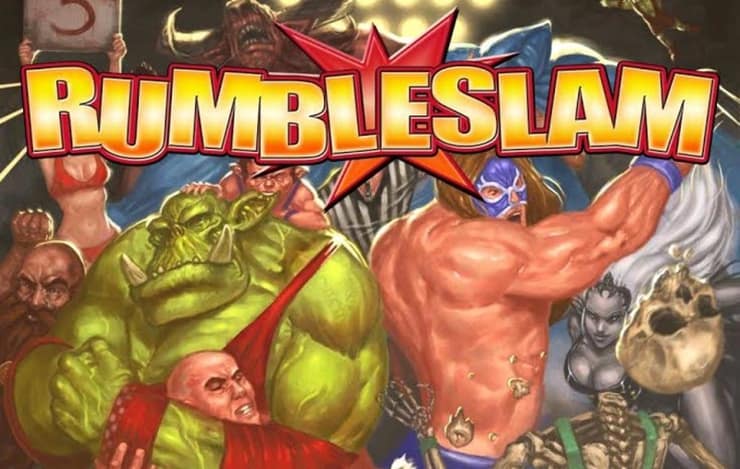 Get ready to piledrive and power bomb with these six new miniatures for TTCombat’s action-filled fantasy wrestling game Rumbleslam!

Rumbleslam is a game of fantasy wrestling that is full of fast paced, high-action gaming as goblins jump off the turnbuckles, dark elves bounce from the ropes, and dwarfs pick up werewolves to throw out of the ring. Wrestlers come with stats cards, abilities, and are unpainted. The latest wave of miniatures from TTCombat include: The Thespian, Experiment 2186, Shamblefist, Waaarior, Tartan, and Gertha. The Thespian is a special miniature that was designed by a Kickstarter Backer. These miniatures are available for pre-order and will launch on October 27th. Also included with this wave of minis is a Quick Reference Card set. Below is a selection of the pre-orders. 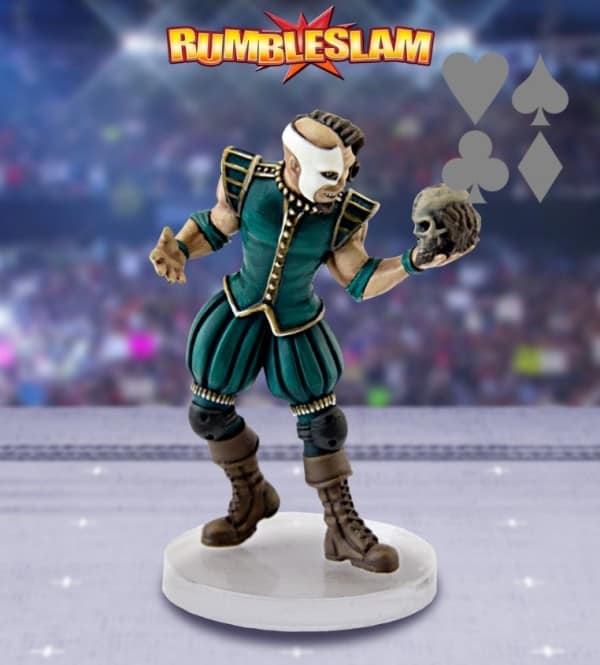 The Thespian is a superstar like no other. He was designed by our Superstar Champion Kickstarter Backer, a unique wrestler created by a fan! And what a job that fan did!

A great statline is complemented by some fantastic special abilities, including a Crowd Pleaser that gives all friendly wrestlers +1AP, and an Active Ability that knocks enemy wrestlers’ attacks down when targeting The Thespian, as well as boosting his Attack up too! More than anything though, Intimidating Aura defines what The Thespian is all about. When rolling Crowd dice (for whatever reason), a Boo helps you out by giving -1AP counters to your opponents, but a Blank automatically ends his activation. The Thespian doesn’t care if the crowd are cheering or booing, but hates it when they’re not paying attention to him!

As a Free Agent, The Thespian will go in any team, provided they can give him his moment in the spotlight! His Crowd Pleaser, speed, and all round usefulness really benefit most teams, but particularly The Deadly Divas, as the Entertainer can really help him get the attention of his fans! Resin miniature supplied unpainted and unassembled with a unique character profile card and clear acrylic base. Note that clear acrylic bases may have a colored, peelable protective film. 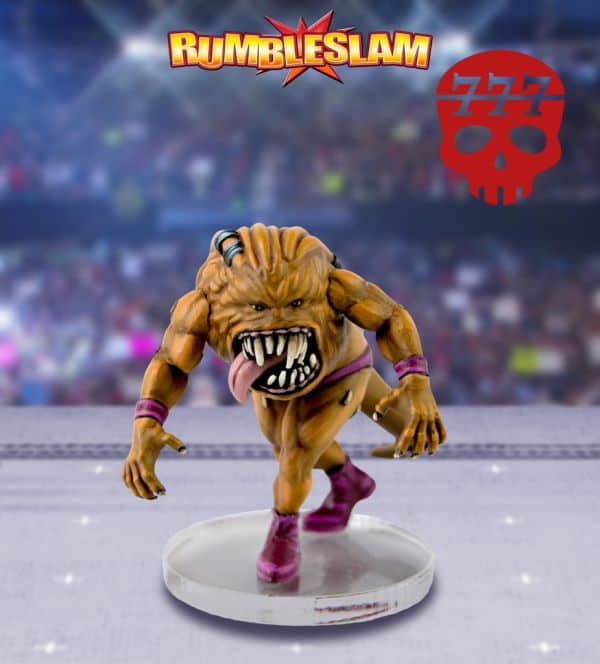 Forget what you know about how a RUMBLESLAM Superstar should act, because Experiment 2186 has entered the ring! Those stats are a bit weird. 3 Copper on each doesn’t really look that great. He’s fast and has lots of AP, but what else? What else indeed! There are three abilities you should know about:

Experiment is such a weird wrestler, it’s hard to see exactly where he fits in with any teams. His brilliantly chaotic nature fits perfectly with fellow Feral Den stars The Raging Beasts, but his Crowd Pleaser also is a really solid defensive ability, meaning he provides great support for teams like The Cryptborn Nightmares or The Green Bruisers. Resin miniature supplied unpainted and unassembled with a unique character profile card and clear acrylic base. Note that clear acrylic bases may have a colored, peelable protective film. 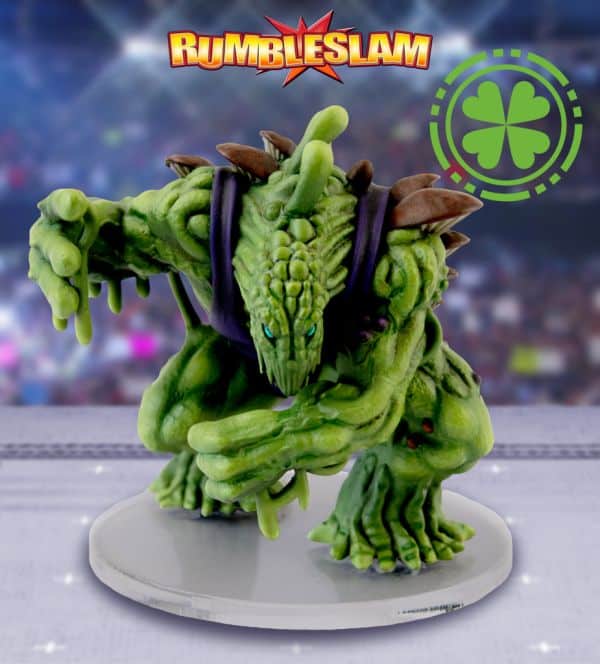 Shamblefist! He’s green! He’s made of a swamp! He’s basically the best!

If you’re playing offensively, Shamblefist’s special abilities have so many rules you’ll always find something to use your AP for. Playing defensively is also an option though, as Spore Burst gives every enemy wrestler within 2 squares a –AP counter and –MP counter (which can be increased to 2 of each with his Crowd Pleaser!). Anyone that’s played against Rottergut will know how powerful an ability like that can be. Shamblefist can also form the lynchpin of a team, as his Shambler Passive Ability means he can be used as a walking turnbuckle! That’s right, just like the Treeman, but for ANY wrestler. Oh wow. Any wrestler with a great Turnbuckle Ability that doesn’t get used often because it takes multiple rounds is in luck, because they can do it without using an AP to climb Shamblefist.

So who is he good for? Well anyone really. He’s just so good. 350K is a lot, but for what you get, he’s worth the cost. Even just without thinking about the synergies he’s a brilliant character, but add in Shambler and he becomes next level good. Obviously he’s a brilliant wrestler for any Forest Soul team (Treeman + Shamblefist = Turnbuckle mania), and is also excellent for The Deadly Divas (High Flyer + Shamblefist = Turnbuckle mania), or even the humble Heavy Pounders (Ogre + Shamblefist = well you get the idea). 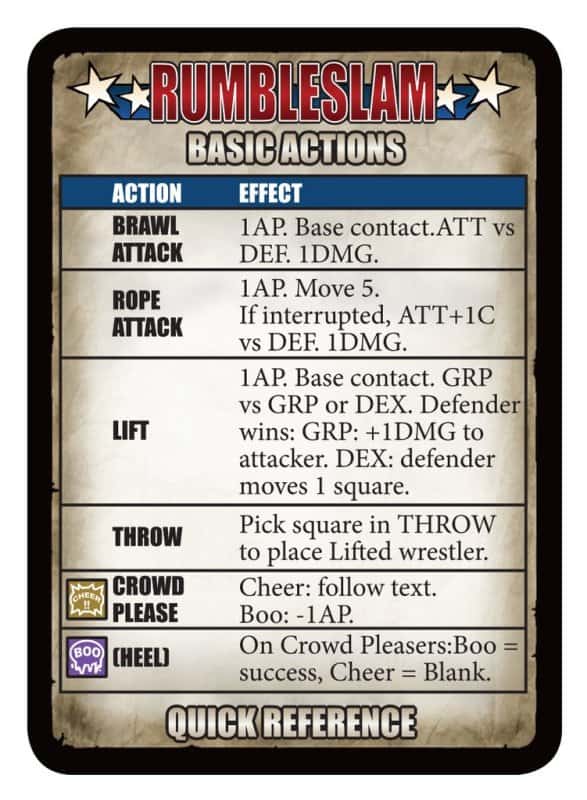 You asked for them, so here they are! These are the exact quick reference cards that come in the RUMBLESLAM 2-Player Starter Box. In this set there are 5 cards, printed on both sides. You’ll receive:

These miniatures and quick reference cards are available now for pre-order and will launch on October 27th. To see the complete pre-order listing, click here!

For more on these new wrestlers, cards, and Rumbleslam, visit TTCombat! 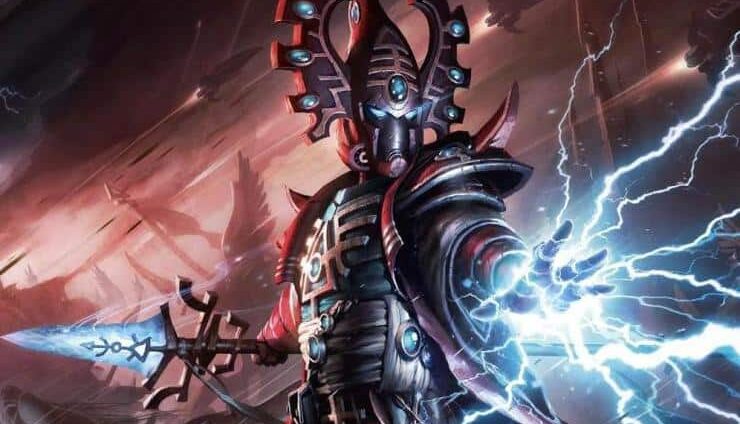 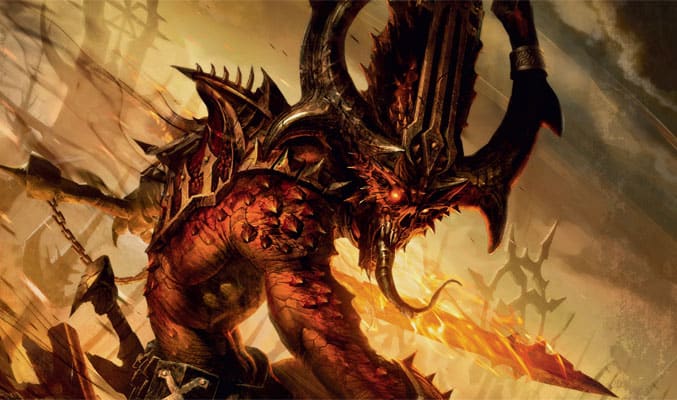 NEXT ARTICLE
Daemon Party Time: Armies On Parade »
If you buy something from a link on our site, we may earn a commision. See our ethics statement.