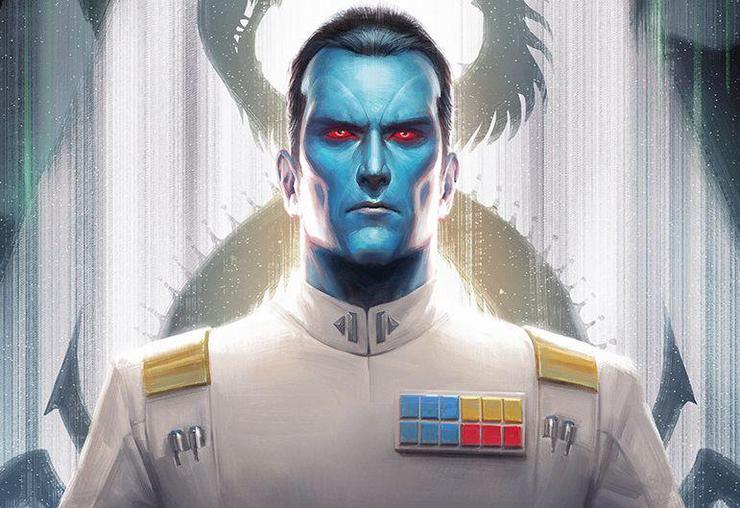 The greatest tactical mind the Empire has even known and a junk dealer on the same team? It works in the world of Star Wars Destiny! 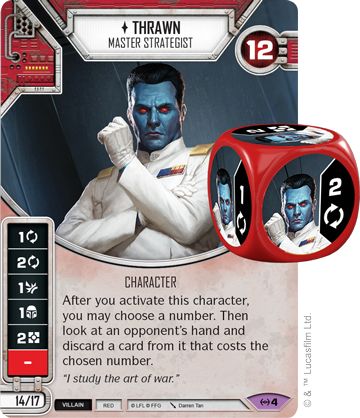 The Master Strategist is ready to outsmart the Heroes in Star Wars Destiny, and he will have some support from the most unlikeliest of Villains. Thrawn has been seen as a powerhouse ever since his release with his insane passive ability. After you activate Thrawn you may choose a number, then look at an opponent’s hand and discard a card that cost the chosen number. This can be used in a “mill deck” that forces the strategy of discards to win the day. 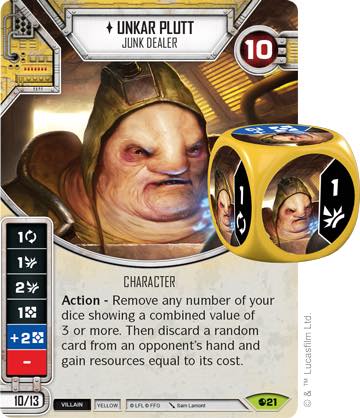 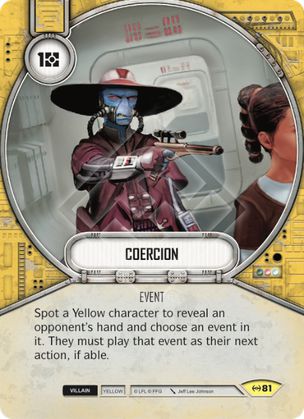 Since your opponent will already have limited resources by losing cards in their hands, you can use Coercion to further add to their pain. This 1 cost Event allows you to reveal an opponent’s hand and choose an event in it, then you may play that event as their next action. Not only does this force them to potentially waste an event and discard it, but it reveals their hand to set up Thrawn’s ability. Being able to defeat your opponent without dealing damage is the mainstay of this deck. 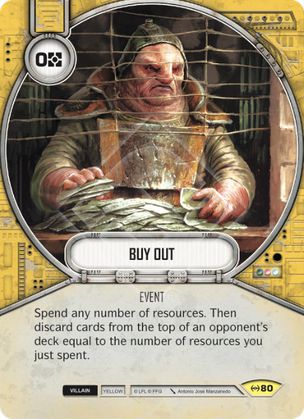 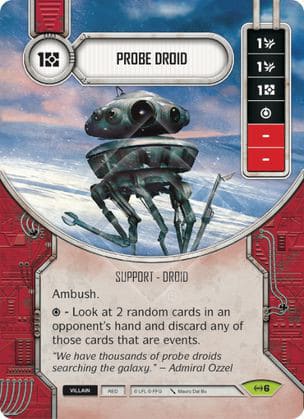 These 2 characters can discard cards at will, but adding a Support option makes it even worse. Probe Droid is a 1 cost support that adds to your discard strategy. Along with Ambush, this support can disrupt your opponent and gain you resources as well. But the special ability of this card is where it hurts. Look at 2 random cards in your opponent’s hand and discard any of those cards that are events. If you do not pull any events, you still stole a peek at cards that can be set up for Thrawn’s ability!

There are more ways than dealing straight damage to be able to defeat your foes. Thrawn and Unkar Plutt are ready to make your discard all of your cards! 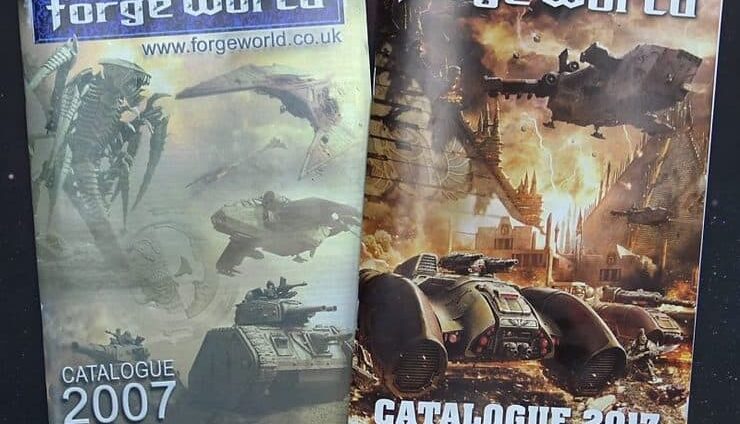 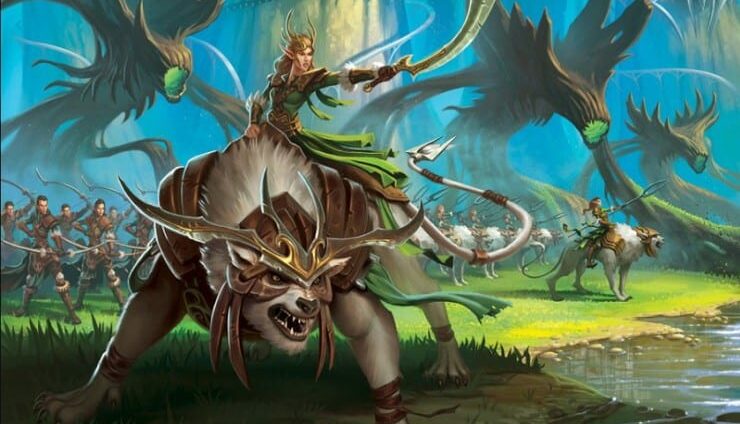 NEXT ARTICLE
Latest FFG Runewars Latari Elves Expansions »
If you buy something from a link on our site, we may earn a commision. See our ethics statement.