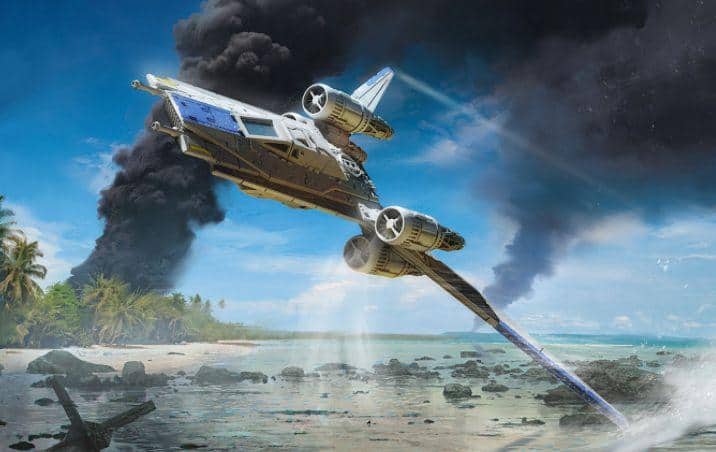 Get ready for the U-Wing coming in at breakneck speed! This build focuses on an interesting new dynamic to catch the Empire off guard. 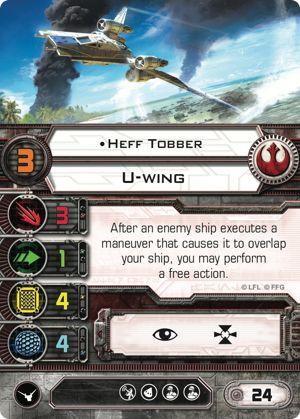 Heff Tobar is an interesting pilot of the Rebel U-Wing that has a different approach to battle besides being a support ship. Whenever an enemy ship executes a maneuver that overlaps Heff, he may perform 1 free action. This is a great way for him to be a “bump” ship that loves to get in close and disrupt the enemy’s flight paths. Let’s start with a nifty crew upgrade that can use Heff’s ability to the fullest. 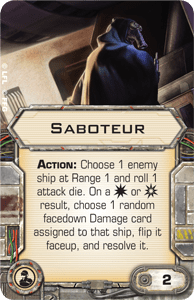 Saboteur is a 2 cost crew upgrade that has an “Action:” ability; perfect for Heff whenever he get’s bumped. This action allows you choose and enemy ship at range 1 and roll 1 attack die. On a hit or crit you may choose 1 random facedown damage card on the defender and flip it faceup. This is a great way to further cripple a ship that already has damage on it, so this is a late game card that can wreck the enemy. 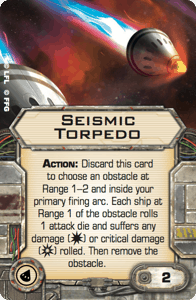 Another nifty “Action:” ability upgrade for Heff is Seismic Torpedo. This is more of a short to medium range tool that can again trigger whenever Heff gets bumped. Discard Sesimic Torpedo to  choose an obstacle at range 1-2 and inside your primary firing arc. Each ship at range 1 of the obstacle rolls 1 attack die and suffers any damage on a hit or crit and removes the obstacle. This a nifty way to clear an obstacle in Heff’s path, damage and enemy, and be a general all around nuisance. 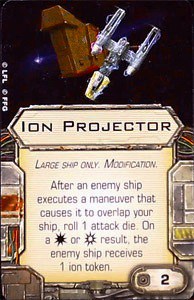 To keep with the bump theme, Ion Projectors is a great way to lock an enemy in place. After an enemy executes a maneuver that cause it to overlap Heff, you may roll 1 attack die. On a hit or crit the enemy ship receives 1 ion token. This can result in a small based ship being locked in place for as long as he is ioned. Heff can continue to bump the victim, use Saboteur, and Ion them again and again.

The U-Wing has more roles that combat support. This ship is the one to watch out  for on the tabletop! 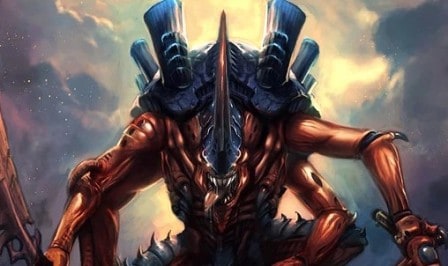 NEXT ARTICLE
Forge World Catalog & Astraeus Images SPOTTED »
If you buy something from a link on our site, we may earn a commision. See our ethics statement.