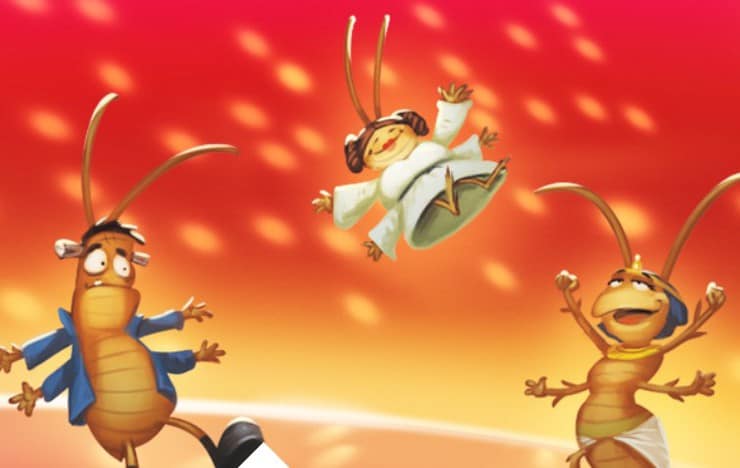 Don’t miss a new card game from Z-Man that is fun for the whole family. Dust off your disco ball and let’s take a look at Party Bugs!

The hobby maniacs at Z-Man Games are getting their groove on with the release of one of their latest board games Party Bugs. Let’stake a look at this new family game and see if it is right for yours. 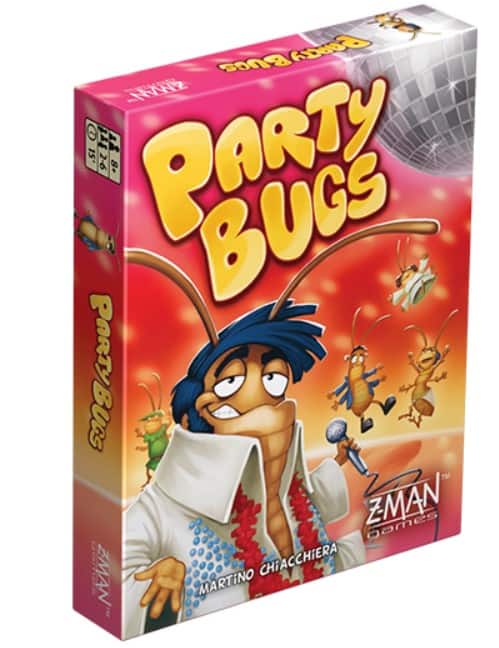 The disco ball is set up, the music is playing, and the bass is cranked. The dance party is ready to begin! Costumed cockroaches are swarming the dance floor for an evening of fun. Can you keep these pesky bugs and their party under control?

In Party Bugs, these costumed cockroaches are determined to get their groove on. They can’t resist the music and the shiny disco ball! As more cockroaches show up to the party and move to the dance floor, players will try to control the chaotic party, taking the smaller and less disruptive bugs. 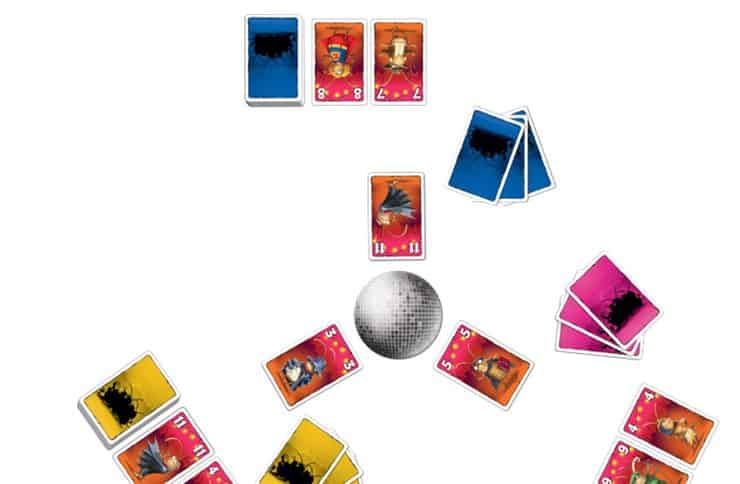 Each player will have a set of thirteen cards filled with costumed bugs. These individual decks are shuffled and placed facedown in front of each player, then a hand of three is drawn. Over the course of thirteen rounds, players will try to push the biggest, most annoying bugs over to their neighbors while taking the less disruptive bugs for themselves to keep their party under control.

At the start of each round, each player selects one card from their hand and plays it face down. When all players have made their choice, the cards are flipped faceup simultaneously. Then, starting with the player who played the lowest-value card and continuing in ascending order, players will select a bug from the dance floor to join their party. You could choose to take the lowest number or take a higher number if the costume matches one already at your party. 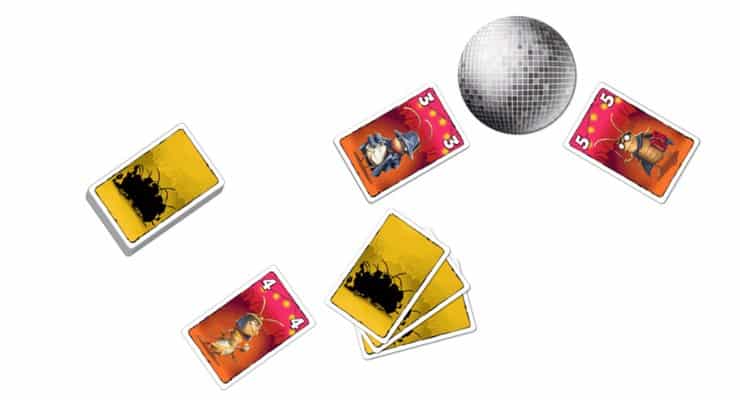 If two bugs in the same costume show up to your party, they’ll leave in embarrassment. Strategically selecting a bug from the dance floor that matches one already at your party can help send those pests packing! Less cockroaches means a lower score than your opponent, whose party could be getting out of control. The lowest score at the end of the game will win, so be careful with what you choose!

For example, here the yellow player chose to take the 11 cockroach. They already had an 11 cockroach in their party display. Seeing another bug wearing the same costume, in this case a vampire, both bugs leave the party, which then lowers the yellow player’s party total.

Party Bugs looks like a fun game for every age and a great family classic. Make sure you visit Z-Man Games to find out more and keep the party going! 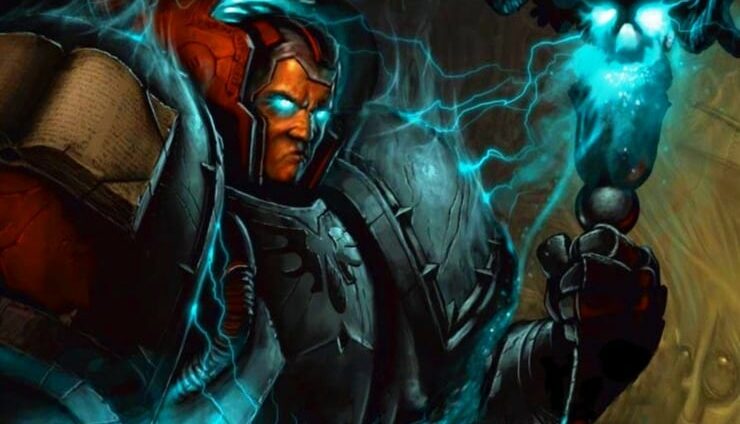 NEXT ARTICLE
Bloody Alliances: Space Marine Armies on Parade »
If you buy something from a link on our site, we may earn a commision. See our ethics statement.