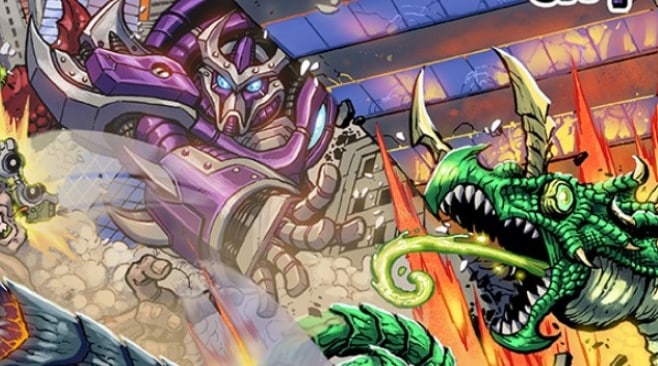 Don’t miss the next big board game release from the gaming maniacs at Wizkids as we take a look at Smash City, the game of monsters!

Roll some dice with some friends! What’s the worst that can happen? Only the destruction of an entire city as you take control of an iconic Kaiju Monster and wreak terrible havoc as you battle your friends in this hot new upcoming game. Let’s take a look. 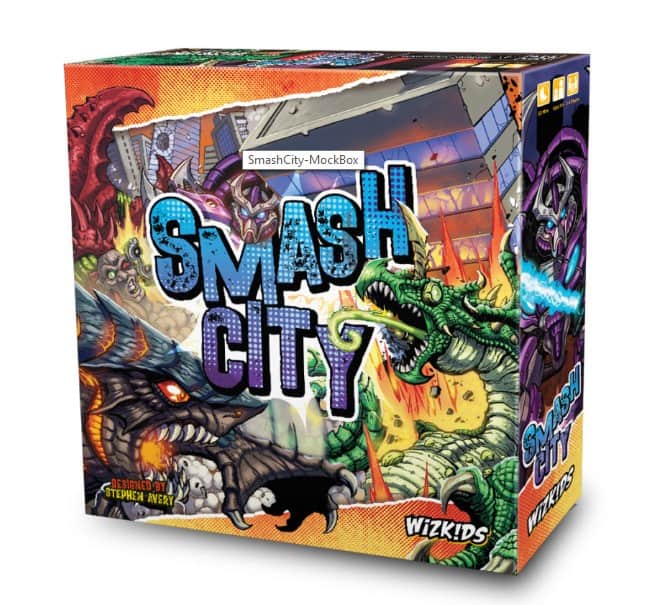 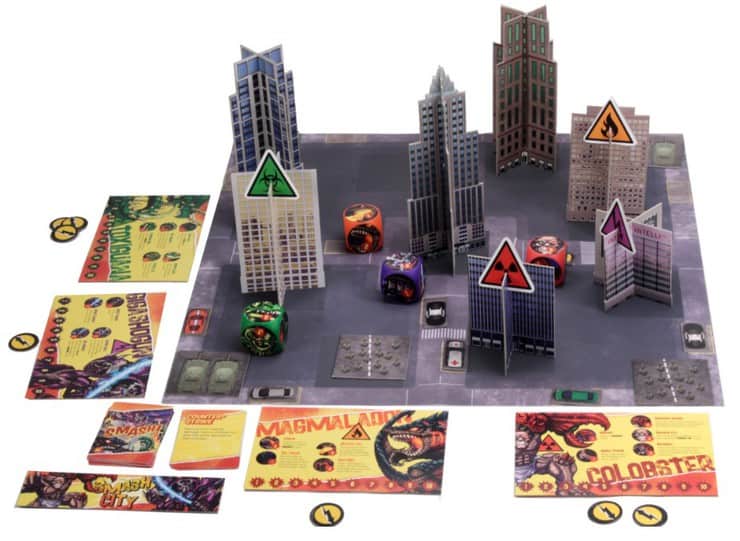 In this dice-rolling game designed by Stephen Avery, and inspired by Japan’s iconic kaiju creatures, players become giant monsters powered by different types of energy, battling for dominance. The game features three-dimensional city buildings that players can knock over to gain different abilities. Each turn, they will roll giant dice in order to make the strongest possible attack against their opponents. If a building is knocked over, that player takes a Smash card, which gives players special abilities. If a player knocks a building onto one of their opponents, that opponent takes damage based on the number of buildings that fell on them.

If the player’s die is touching a building with an energy token matching that monster’s favored type of energy, they gain a Power Up token. They may also throw cars if their die lands within range of one, dealing 1 damage if they hit a monster or monsters and granting a Power Up token to that player. 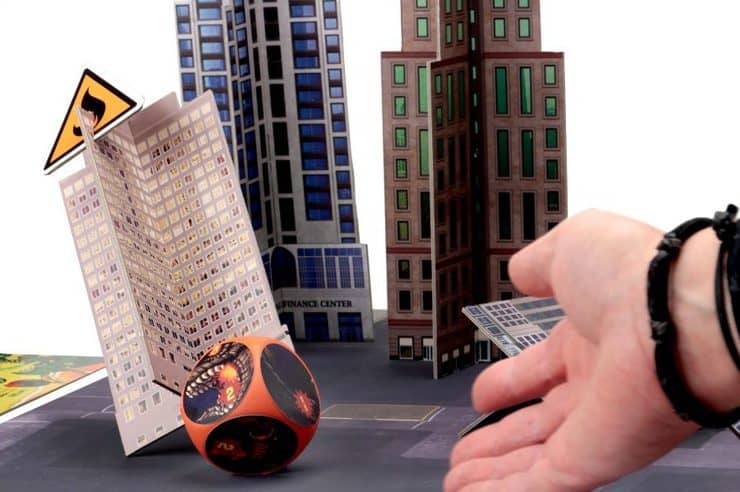 However, as they destroy the city, the city will fight back. The civilians have sent armies to take you on, and if you happen to land in the vicinity of one of these armies, you will take damage. Additionally, you will take damage if your die is touching a building with an energy token that your monster does not favor. The game ends when a monster reaches its last life point. The player who has the most Power Up tokens at the end of the game is the winner. With 4 unique monsters including the terrifying Toxiguana and the monstrous Magmalodon, Smash City will fire players up as they cause chaos and destruction in a battle to the death.

This new game looks like it is going to be a great game to add to your collection. Make sure you keep an eye out for this upcoming releases! 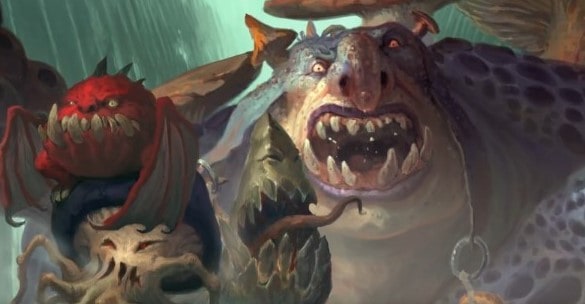 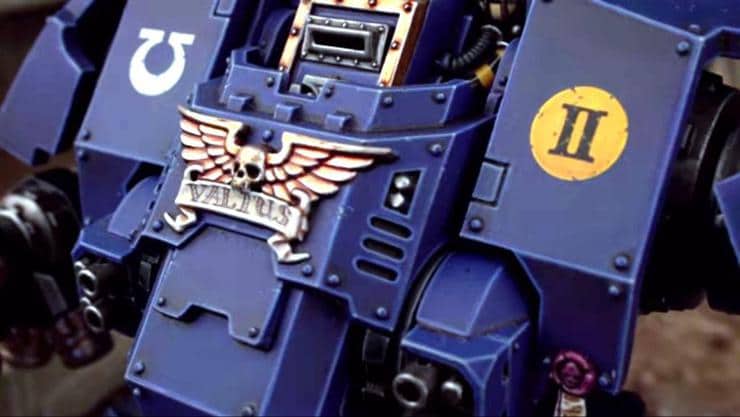 NEXT ARTICLE
Redemptor Top D Giveaway & Painting Monday 8pm EST »
If you buy something from a link on our site, we may earn a commision. See our ethics statement.