Have You Heard Of This 40k Slam Captain Build? 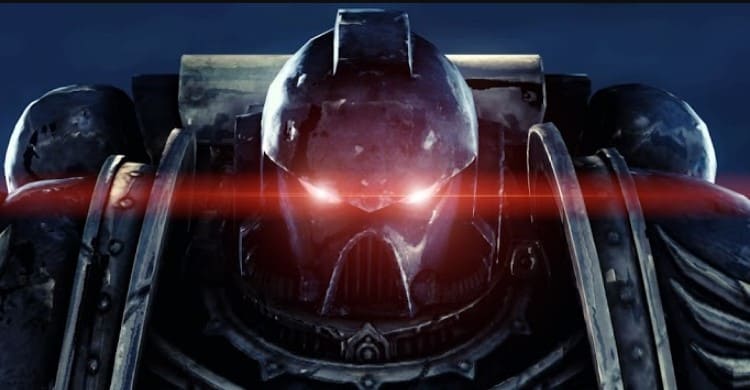 Check out the new take on a Space Marine Slam Captain, that is giving the Blood Angels a run for their money since Vigilus.

Black Templars remain a minor Chapter in the 40k universe. However, they definitely got some welcome support in Vigilus that’s actually totally usable in competitive play.

Keep in mind, there’s not on Captain that’s essentially better than the other. Yes, the Blood Angels Captain is more mobile, but the Black Templars have some tricks up their sleeve that Blood Angels don’t. Depending on your battle plan, your army list may be better-suited to run Templars now! 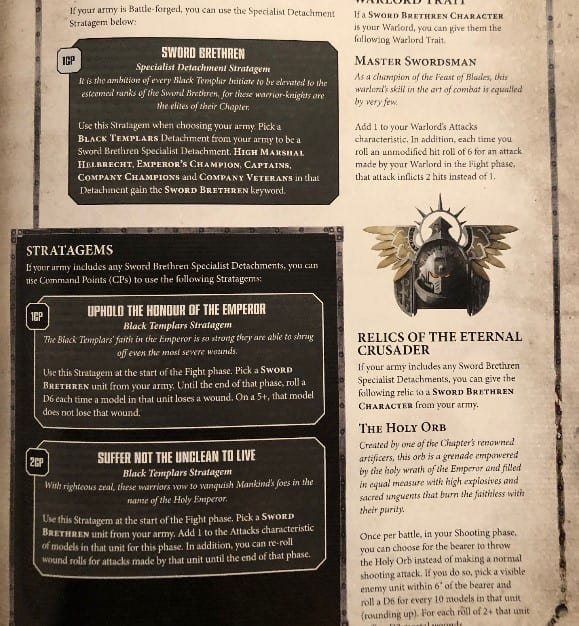 Looking at Black Templars out of Vigilus, they got a lot better. More specifically, their Captains. First off, the Black Templars Chapter Tactic already lets them reroll failed charges.  Plus they also get the same attack again and attack if killed stratagems as well that makes them so handy once they engage in mortal combat.  So be sure to keep those points in mind.

As for Vigilus support, you have to spend 1CP to make a detachment of Black Templars Sword Brethren. Once you do that, you want to make a Captain with the trusty Jump Pack/Thunder hammer combo your warlord. He’ll get the Master Swordsman trait that lets his attacks explode into another hit and also gets an extra attack out of it.

That means your BT Captain will have the same amount of attacks as a BA Captain with the Black Rage. However, there’s a high chance of you getting at least one six in your hits so you technically could be getting even more hits than attacks when it’s all said and done. 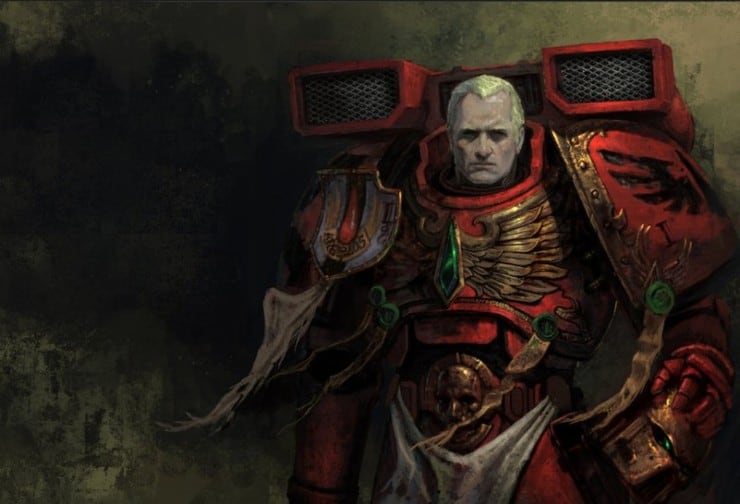 The BA Captain may have +1 to wound (so you’ll pretty much always be wounding on 2’s with a hammer), but the BT Captain can pop a simple 2CP stratagem called Suffer not the Unclean to Live and give himself an extra attack rerolling all wounds. We’re up to six attacks total now rerolling all wounds.

Of course, he’s still a Space Marine right. So like we said above, he gets to fight when he dies for 2CP or just pile in and fight again at the end of the phase for 3 CP.

If your Captain is about to take some serious firepower, you can also spend 1CP to give him a 5+ FNP. 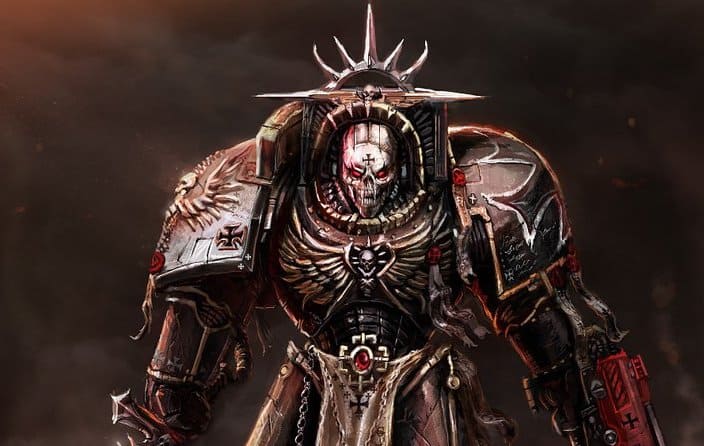 A Black Templar Captain isn’t as mobile as the Blood Angel Captain (thanks to their Stratagem support) and can still be overwatched (BA Captains almost always take the relic Jump Pack that lets them reroll charges and negate overwatch).

However, he does come stock with a rerollable charge and is still free to take any other relic that is handy. The Holy Orb from Vigilus is a great pick because you can dish out a pile of mortal wounds before charging in to clean up what’s left from a squad. Meanwhile, the BA Captain has no way of dealing mortal wounds.

You can see, there are definitely some strengths and weaknesses to both units. It really comes down to which one will compliment your army the best.

If your army is running almost no Psykers, you may consider the BT Captain more because you can spend a Stratagem to deny whatever is going on by rolling a 4+. That’s just another huge advantage to think about.

If you got some psychic problems, the Black Templars feel bad for you son, they got 99 problems but a Psyker ain’t one.

All in all, Captains are proving themselves to be very strong in 8th edition. They are the type of unit that you can point toward something and have it get you results.

What do you think about the Black Templars support in Vigilus?  Will you be testing out some Templar Captains in your lists? Let us know in the comments of our Facebook Hobby Group. 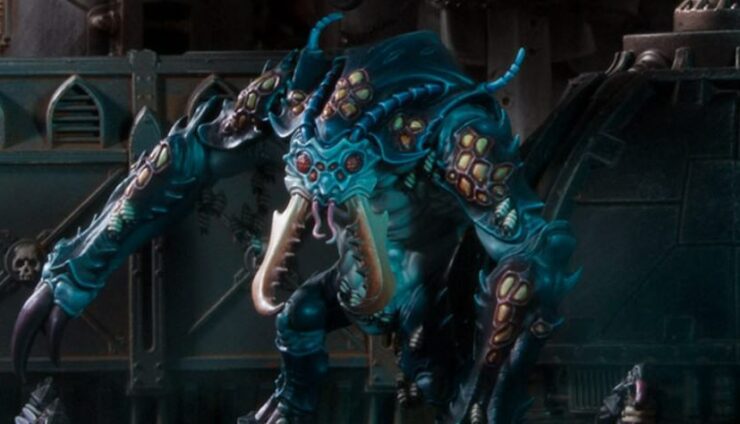 NEXT ARTICLE
Rumor Daemon Engine: Daemonic Cook Book »
If you buy something from a link on our site, we may earn a commision. See our ethics statement.