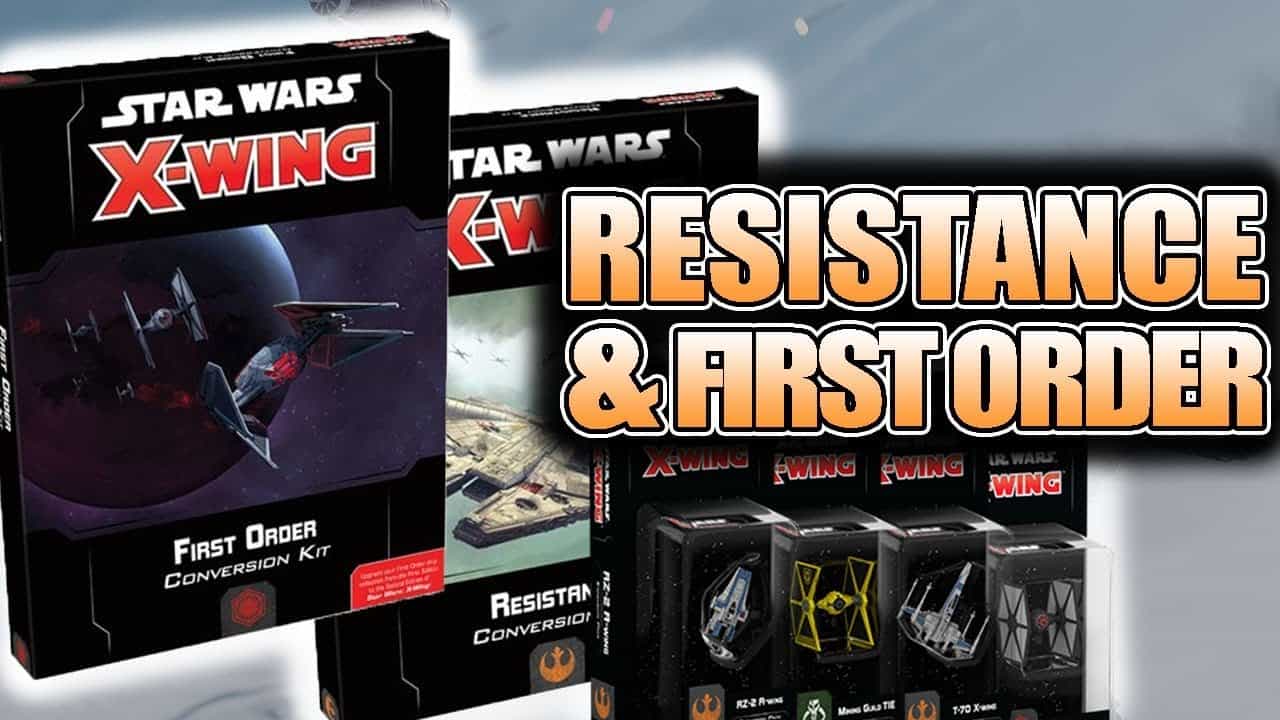 All fighters to your ships! Upgrade your X-Wing 2.0 game with these conversion kits that will get you tabletop ready in less than 12 Parsecs!

Get ready to review some awesome new products for X-Wing 2.0 that will update your existing miniatures with conversion kits for each faction: Resistance, First Order. 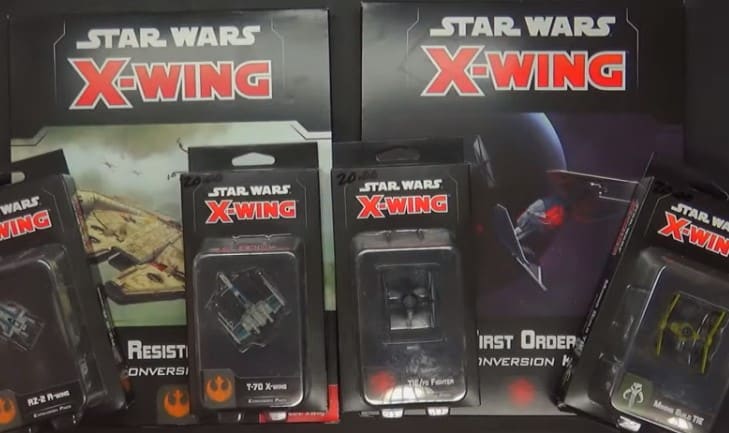 It’s always great to get new hot ships when they come out. The Mining Guild TIE and RZ-2 A-Wing can definitely bump up the awe factor of your respective faction. The artwork and packaging have been super upgraded for each new expansion.

Don’t forget the conversion kits will be one-of-a-kind soon, once more expansions become available. Let’s get to unboxing: 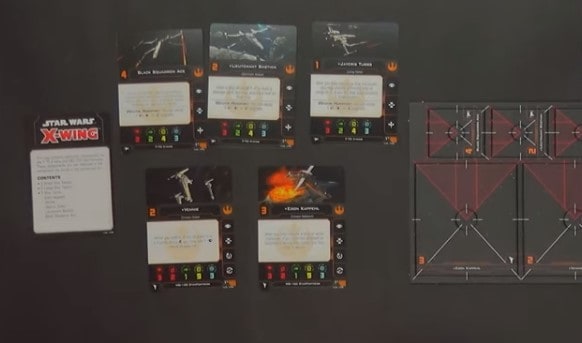 The Resistance Conversion kit is a great way to get you started on the path of the light with T-70 X-wing cards, Sky Fortress cards, and even YT-1300 Freighter ship cards. These ship cards come with plenty of upgrade cards and new cardboard ship cards for you plastic bases.

Also included is the new turret tokens to show the direction of your turret style ships, and all of the new tokens like charges and rattled. 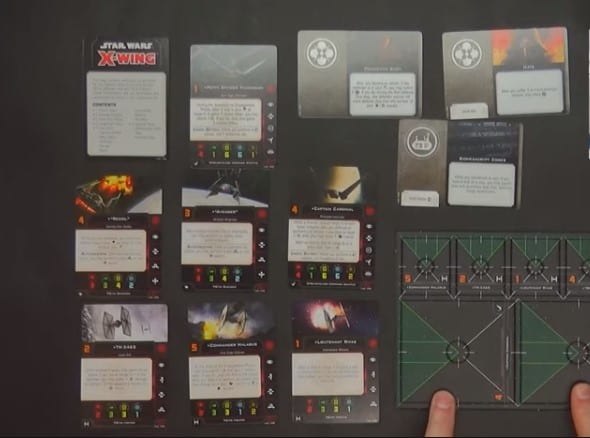 The First Order Conversion kit includes cards for the TIE/fo Fighter, TIE Silencer, Upsilon Shuttle, and even the Special Forces TIE. These elite pilot cards can bring you the power of the Dark Side and have totally redesigned maneuver dials that look impeccable. 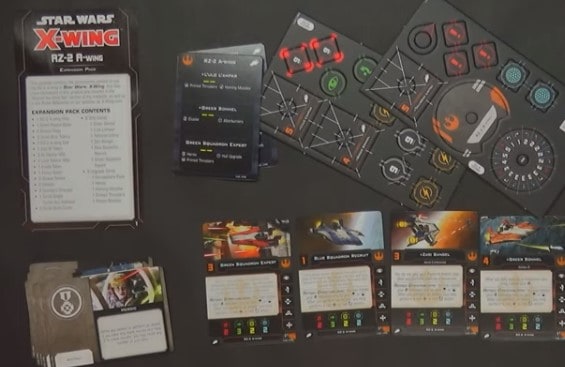 The all-new A-wing is here, and this little ship has the new rotating blaster turrets. This new expansion will give you a supremely upgraded A-Wing with some powerful new A-Wing pilots that can give the First Order some trouble on the tabletop! 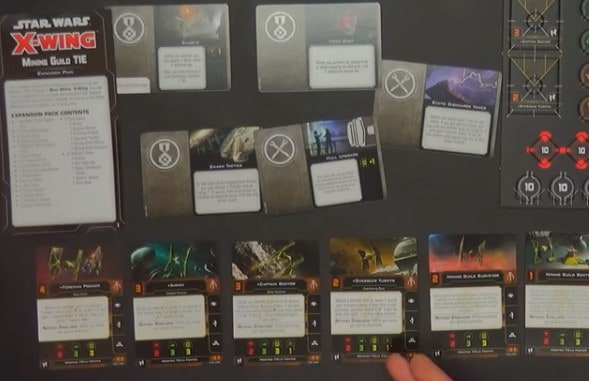 A brand new type of ship for the Scum faction, the Mining Guild TIE will change up the way you play X-Wing 2.0. This little ship has an inherent ability to ignore asteroids while performing maneuvers, which can be the saving grace for new players entering X-Wing 2.0.

Keep watching for more great unboxing videos, and make sure you press play on the one below! 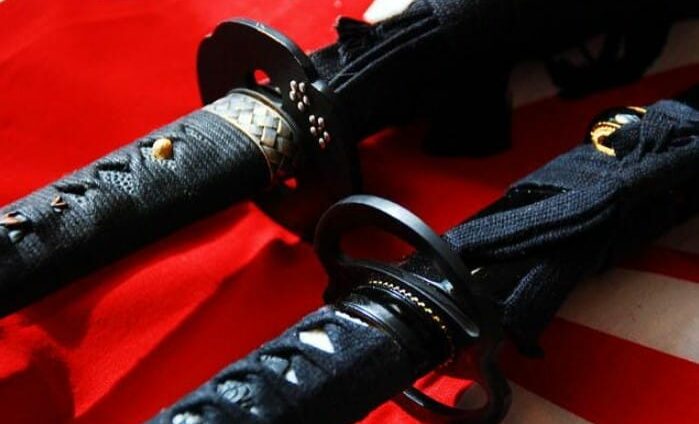 PREV ARTICLE
« Upgrade Your Ninja Skills With Kodachi From Wizkids 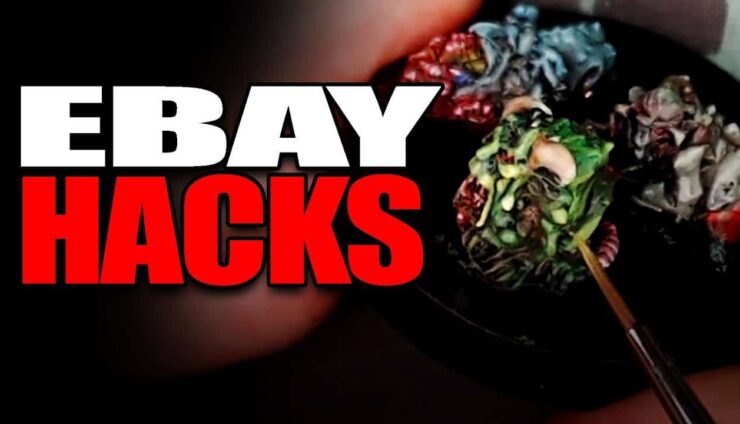 NEXT ARTICLE
Bringing Back The eBay Miniature Hacks »
If you buy something from a link on our site, we may earn a commision. See our ethics statement.