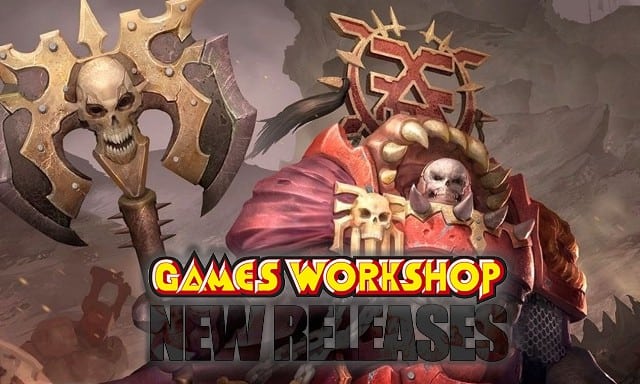 News on Abaddon’s release and new rules for 40k, plus a wave of new releases for Khorne in Age of Sigmar and the Siege of Terra’s Solar War series begins!

GW has a lot in store for next week’s releases. Check out what’ll be rolling off the assembly line to see what you want to spend your hobby dollars on.

We’ve got a busy release schedule ahead. Multiple retailers have already confirmed the prices of the next wave of releases of GW. Take a closer look at them all. 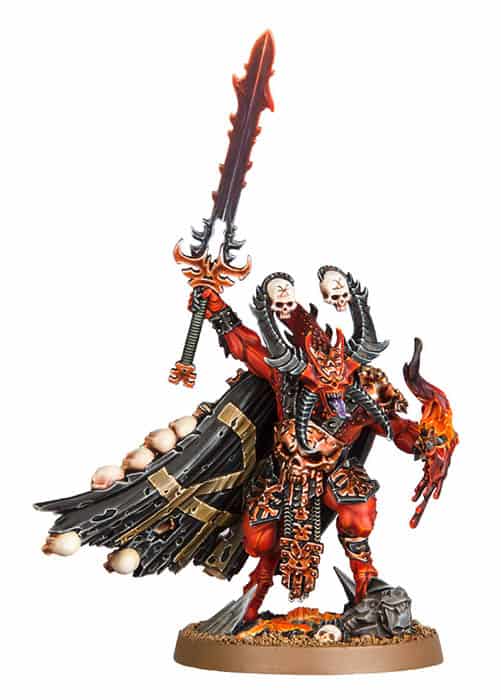 The named Khorne Bloodletter you know and love is getting his model reworked. He’ll be able to take character’s heads and spill blood for the blood god in a new fashion! 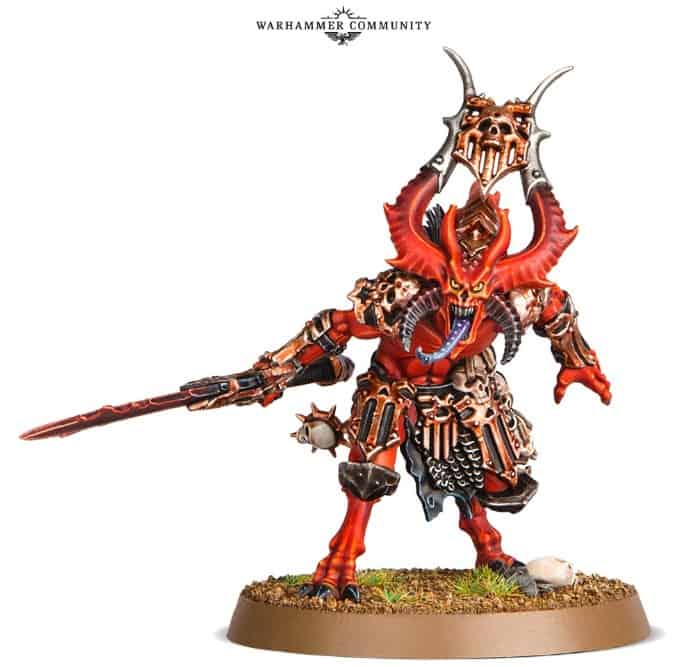 A step up from your normal Bloodletter is a Bloodmaster. This is essentially the unnamed version of Skulltaker but still a valuable asset to any Khorne Daemon army. 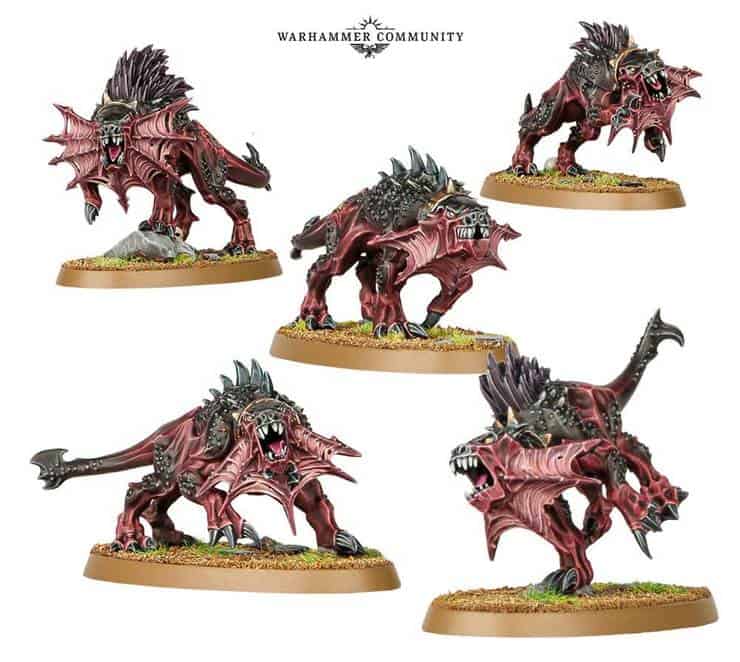 Chase down the enemies of Khorne and let loose the hounds of war! These new models to an age-old unit have been reworked inside of Wrath & Rapture. However, they’re also now getting their own box. 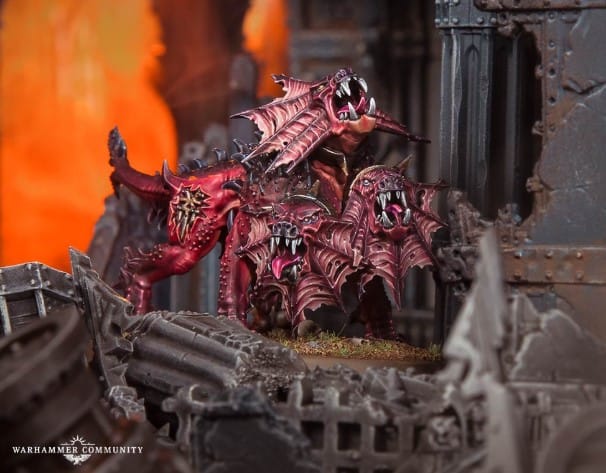 The named three-headed Flesh Hound is responsible for hunting down and devouring enemy Wizards. He is a must-have in any list running a pack or two of Flesh Hounds. 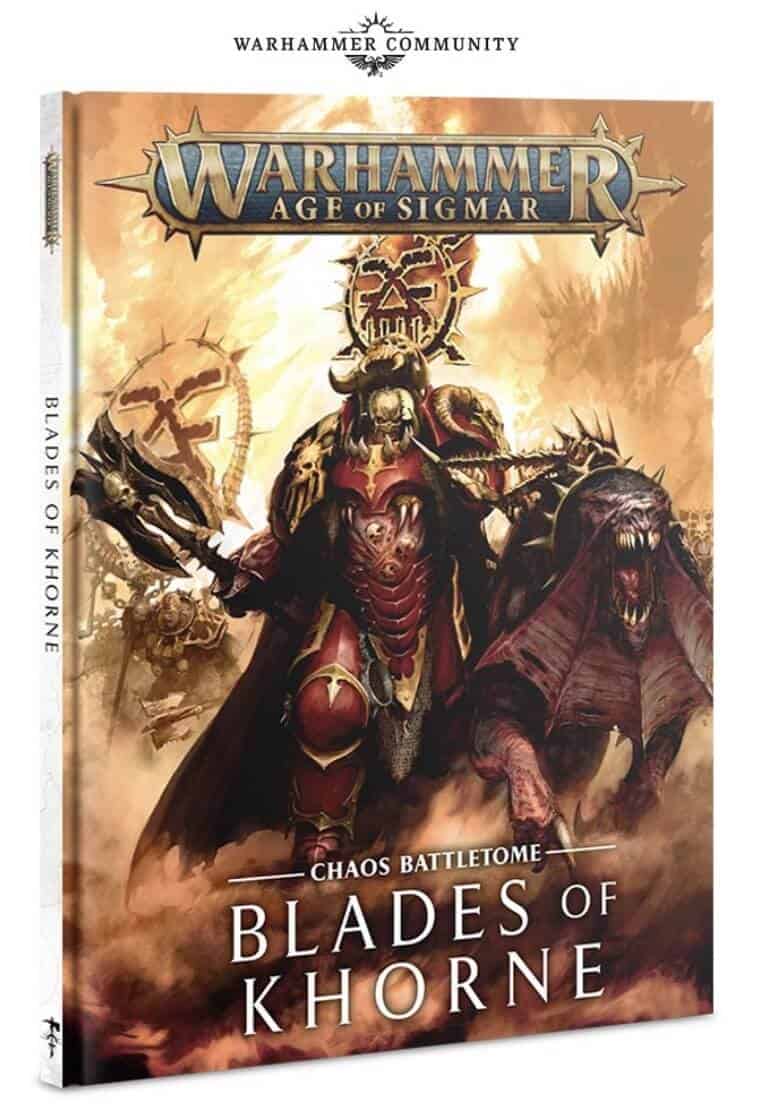 Get all your latest Khornate support for AoS right here. It’ll be loaded with lore, relics, Warscroll Battalions and so much more. 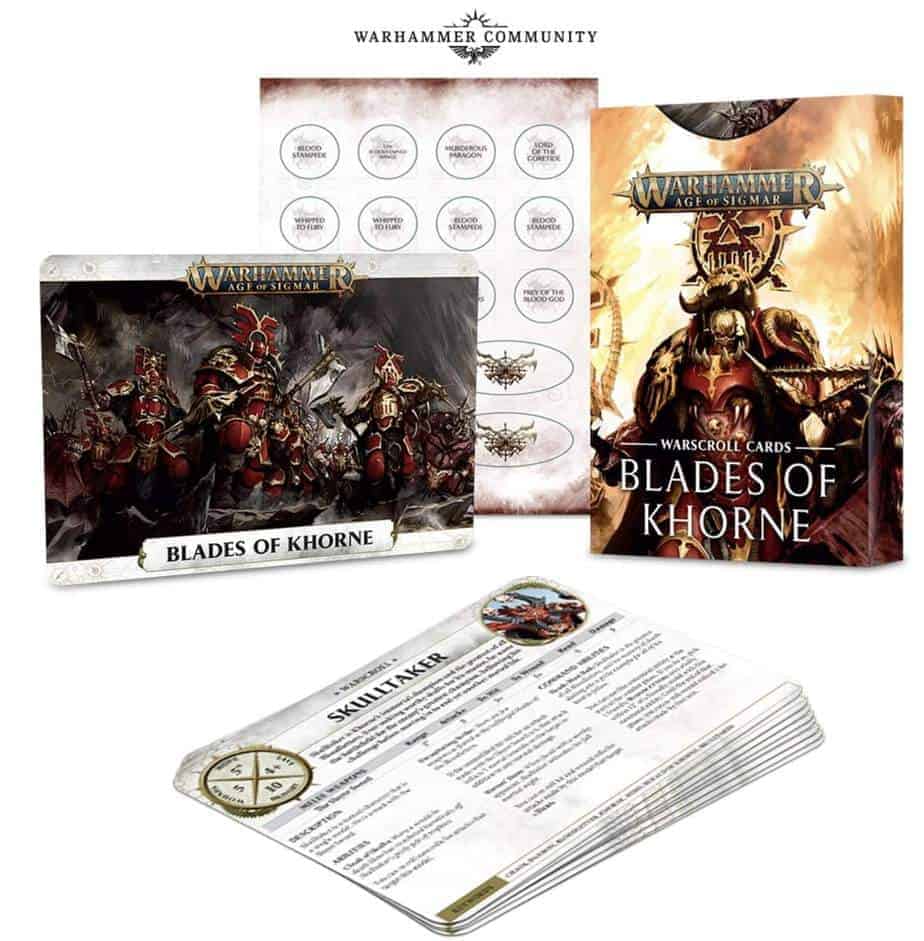 Just to make things easier for the player, Khorne warriors have their own Warscroll cards. Use these as a quick reference sheet to help learn the ins and outs of your army. 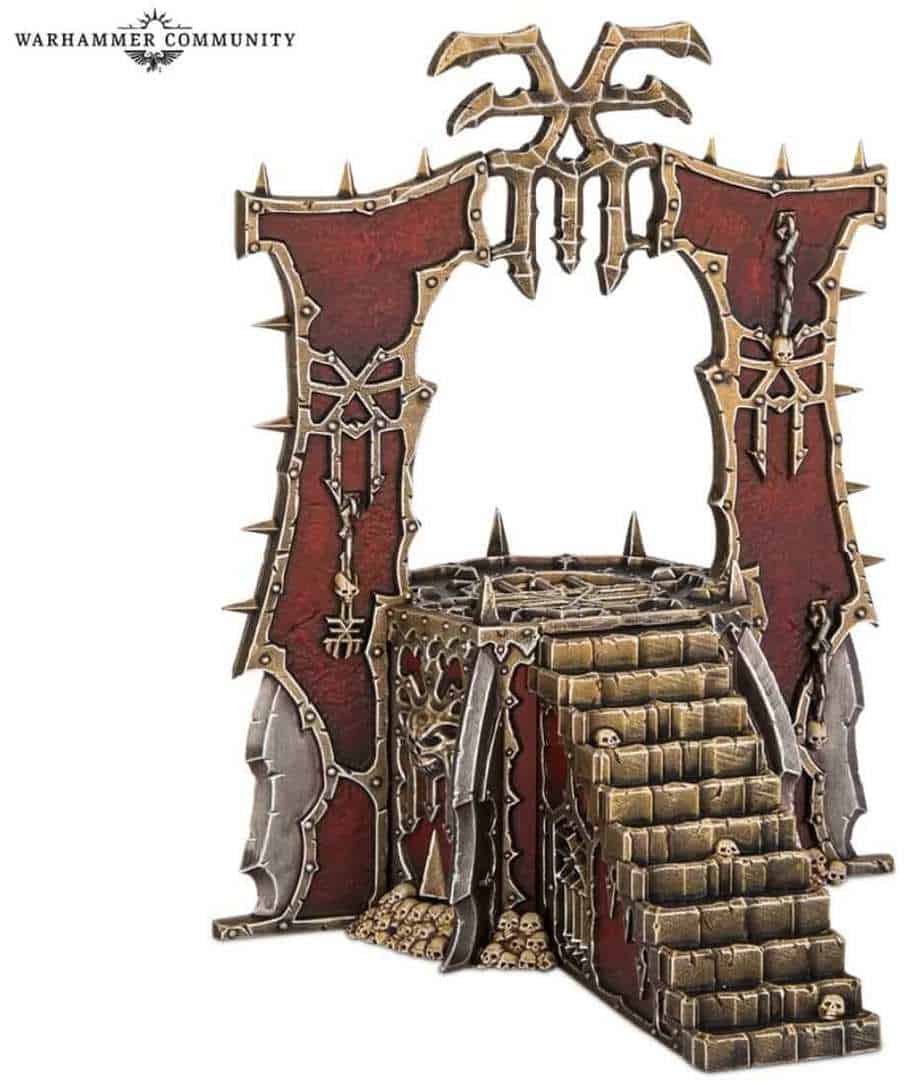 As every Khorne fan knows, taking skulls is only part of worshipping the Blood God. The Skull Altar is a new terrain piece that allows you to get the most out of your Khorne Priests, a brazen dais from which they roar grisly invectives. In-game, it’ll allow them to re-roll their Prayer and Judgement rolls, as well as disrupting the abilities of nearby Wizards. 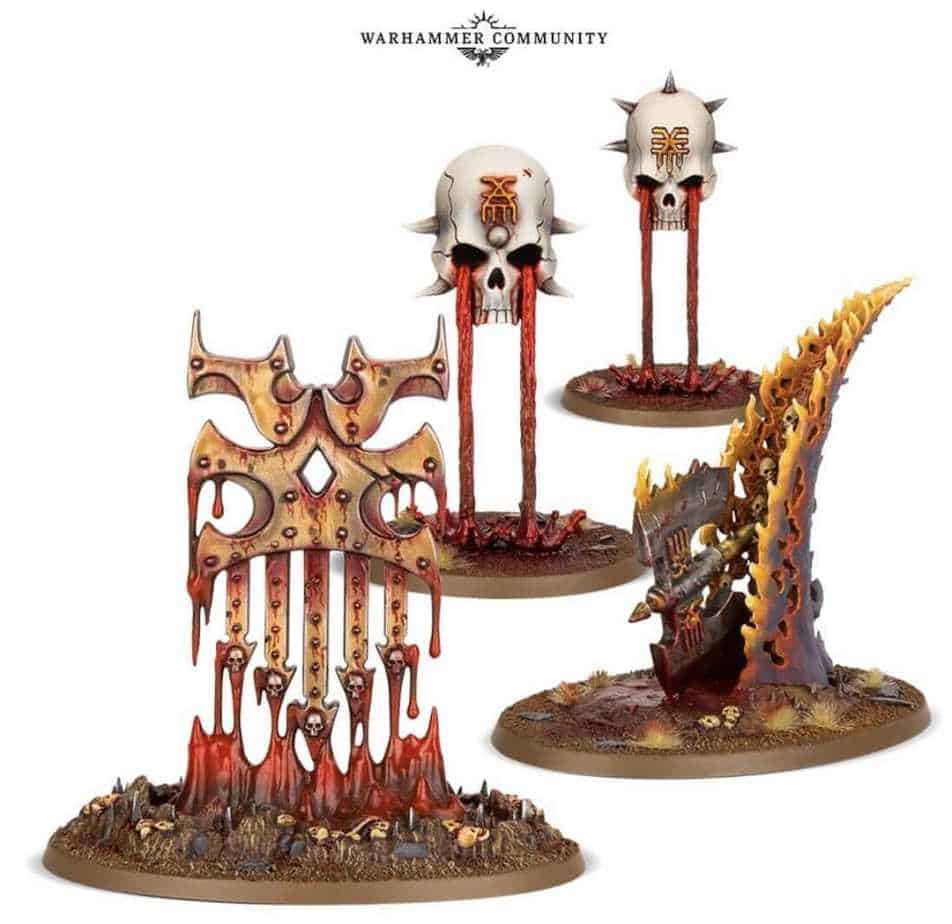 Blood Blessings are Khornate equivalents of endless spells, summoned to battle by Slaughterpriests. Each has a devastating impact on the game – the Hexgorger Skulls, for example, cause Wizards to forget spells entirely, while the Wrath-axe is a deadly source of damage. Unlike endless spells, they can’t be dispelled by Wizards, making them particularly dangerous for foes who rely on magic. Just as Khorne intended… 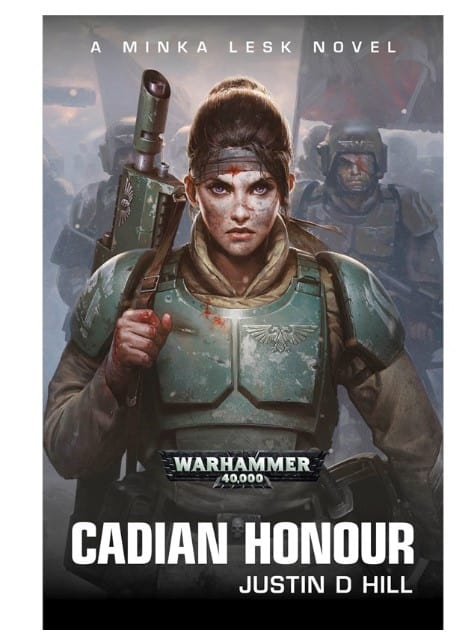 It’s the follow-up to Cadia Stands and continues the journey of Minka Lesk and her warriors as they seek revenge against the Imperium’s enemies for the loss of their world. 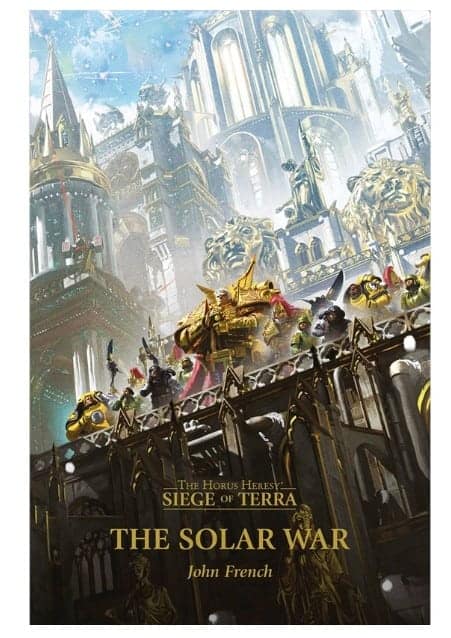 The final act of the long-running, bestselling series starts here, with a brutal and uncompromising look at the first stage of the Siege of Terra, the war to conquer the solar system. Armies will fall, heroes will rise and legends will be written… 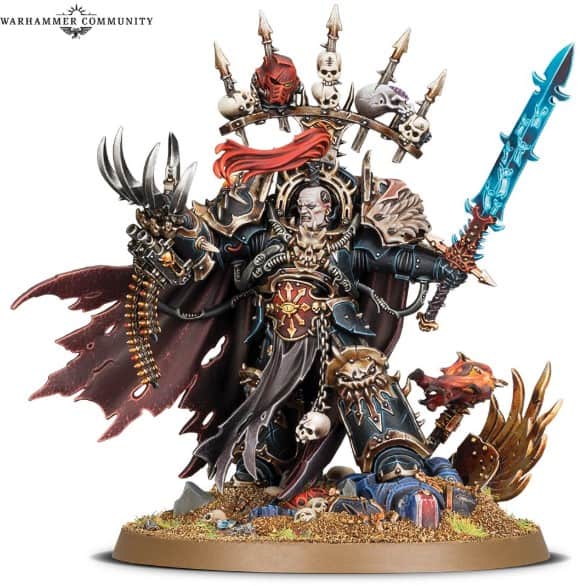 And if you were patiently waiting for news on Abaddon, GW says the Warmaster will definitely be ready “to pre-order by the end of the month.”

Loads of the new Khorne releases will be usable in your Warhammer 40,000 Chaos army, with Vigilus Ablaze providing new rules for Skulltaker and the Bloodmaster, as well as the Skull Altar. Combined with the Daemonkin from Shadowspear, you’ll be able to make some seriously brutal armies.

And there you have it. As we said, GW has a busy week ahead of them with even more support coming to Chaos in 40k and AoS. What are your thoughts on the Khorne Judgments? Is Khorne your favorite Chaos god? Let us know in the comments of our Facebook Hobby Group. 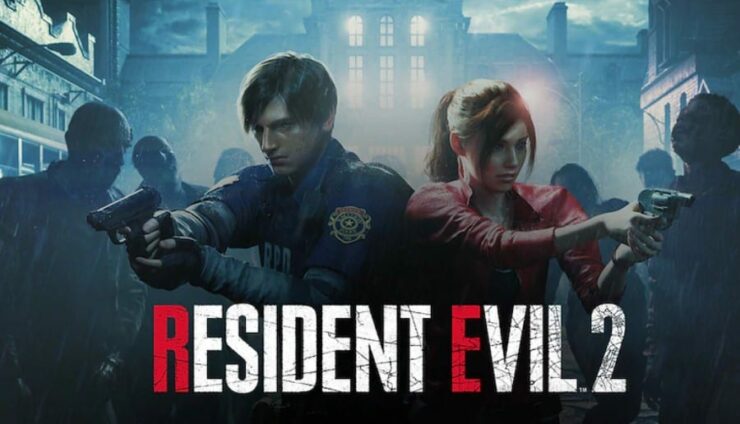 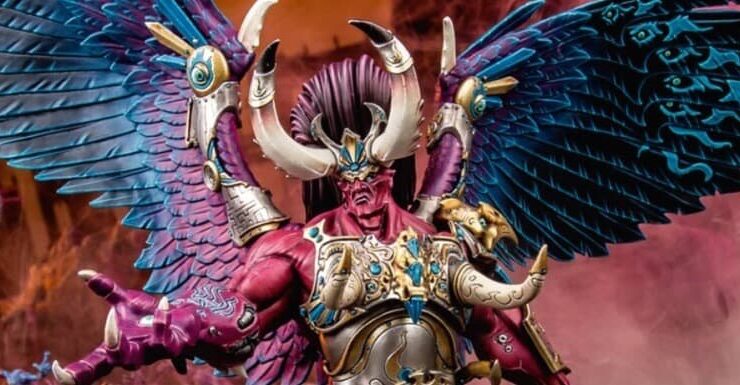 NEXT ARTICLE
LIVE NOW! Daemon Magnus The Red Top D Giveaway & Painting »
If you buy something from a link on our site, we may earn a commision. See our ethics statement.