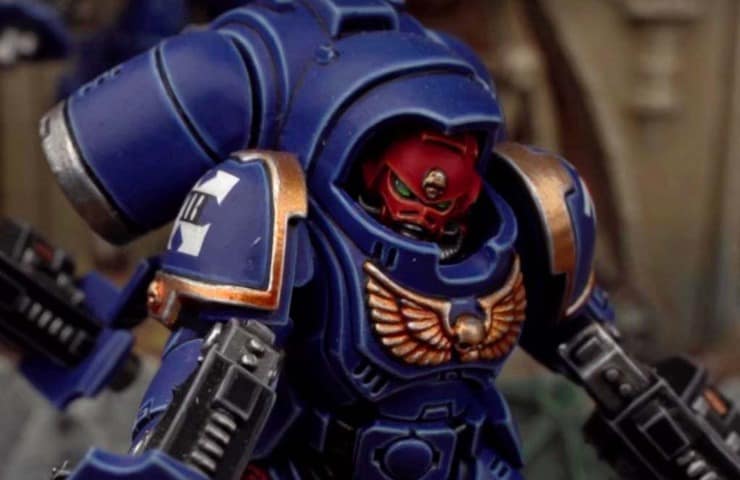 Jstove here, and I’m taking a break from crowing about Chaos to teach you all how to actually model for advantage and “cheat” at 40k. 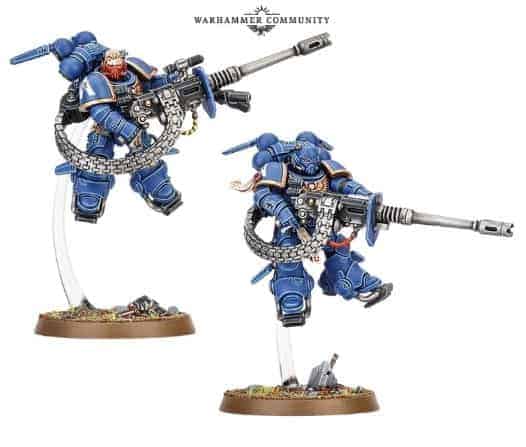 First of all, let’s debunk a myth. Making a miniature taller or shorter by stacking up the material on the base or by removing the flight stand from a flying model is somehow advantageous for denying or gaining line of sight.

Myth busted: Let’s take a look at every non-vehicle model in the game that has the fly keyword. Because most of these models are the models that are actually in contention for gaining or losing altitude on the table top. Now, imagine all of these models losing about an inch of ride height. 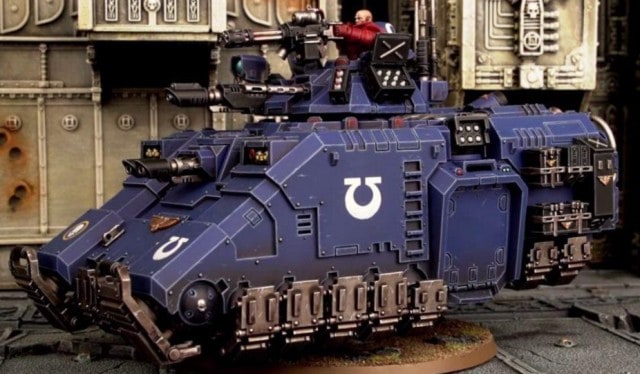 In a game of true line of sight, which for the record, is a stupid rule in a tabletop gaming system, any advantage conferred by shrinking the model’s size to avoid fire is also a disadvantage for that model’s ability to draw line of sight to its enemy. Changing the size of a model is innately equitable to both players because if you can’t see him. He can’t see you.

Moreover, most of GW’s terrain kits are actually pure garbage when it comes to blocking line of sight. If you are just having a normal Saturday game at a GW store using only official terrain kits, chances are pretty good that almost nothing in your army is in cover and everything can see everything. Even if a bunch of jump pack marines decide to walk instead of scooting around with a clear plastic rod up their butts. This is why major tournaments around the country use the ITC tournament terrain rules, “All first floor ruins block line of sight.”

This problem is actually so endemic in 40k that most competitive-level 40k players actually play with random crap in the middle of their table to block line of sight for practice. One of the biggest pieces of advice for competitive 40k that your tournament top table supernerds will harp on in every podcast is “Don’t count on everything in your army being able to see everything when you write your list.” And you can put that one on Kenny, Juice, and Team America. 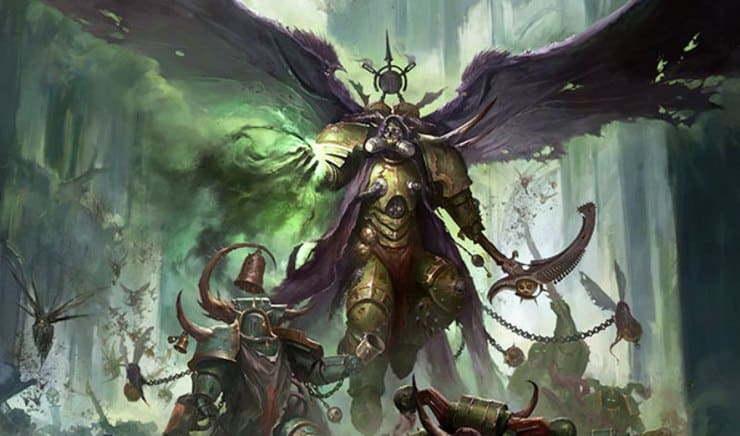 Now let’s take a look at the models you actually want to shoot. three idiots with autocannons that pay extra points to fly. Even though they can stand still all day with a 48” gun? Who cares. Let’s look at the fat flying models that are actually on the hit list… Daemon Princes, Daemon Primarchs, Hive Tyrants… All models that could shave an inch off the top and still be difficult to hide on a standard Saturday afternoon 40k table. 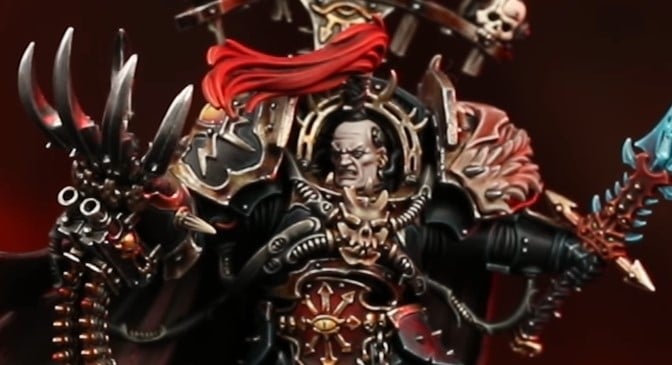 Line of sight is no longer the primary factor in deciding whether or not a model is vulnerable. Thanks to flawless deepstrikes, weapons that don’t require LOS, and assassins sideboarding into Imperial lists, hiding your models even if you give them a haircut to duck behind terrain isn’t important.

The primary factor in determining a model’s mortality in 40k now is wound count. Or as we like to say, “Hive Tyrant Syndrome.” If a model has 10 wounds or more, that means it’s no longer protected by character immunity. If it’s not protected by character immunity, your opponent can find a way to kill it. Furthermore, character wound count is so out of hand that you could actually just put your fancy new Abaddon on top of a ten-foot-tall burning cathedral that could be seen from space, and as long as there’s one burger flipping Cultist in front of him, the cultist will eat a bullet for him. And what about models that aren’t characters?

Well, they’re only alive because your opponent hasn’t decided to kill them yet. You gotta pick up that scoring in all six game turns. 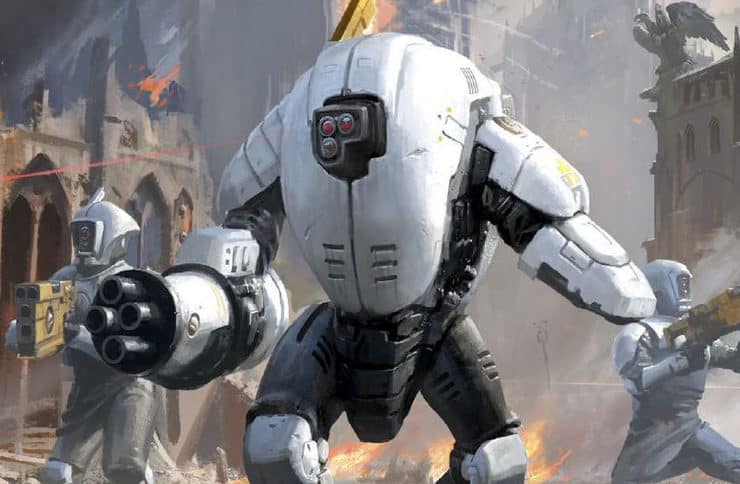 Because terrain is so wonky, character rules are so wacky, and deepstrike deployment have proliferated exponentially in recent editions, trying to squeeze an inch off a model is pointless. Nothing you do to your mediocre flying autocannon Marines is going to make your opponent more or less likely to murder them.

The real modeling advantage for the enterprising cheater is modeling incognito.

That’s modeling your miniature in such a way that your opponent doesn’t recognize it on the table or loses track of it.

Some of you are going to say, “Well 40k is an open information game and you’re supposed to show your opponent your list if they ask.”

This is true. However, people also forget stuff in the middle of the game. I’ve seen Grey Knight players accidentally forget half their firepower because they forgot that storm bolters rapid fire 4 times. I’ve seen people forget to fire half the guns on their Knight because they were in such a hurry to kill a single unit. They neglected to shoot their ginormo plasma trash compactor at the killstorm bad guy tank monster. Just because they were so focused on shooting all the infantry off the objective with the mega Vulcan cheese grater.

In a game like 40k, where there’s so much bookkeeping, it’s easy for things to slip through the cracks. 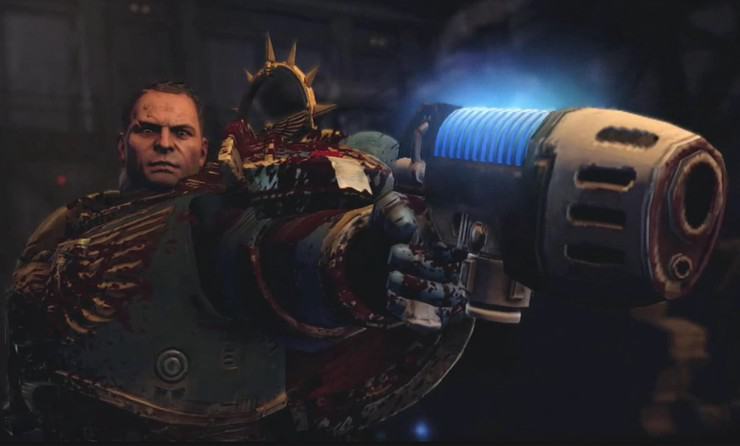 “But nobody would do that!”

The Face of the Deceiver 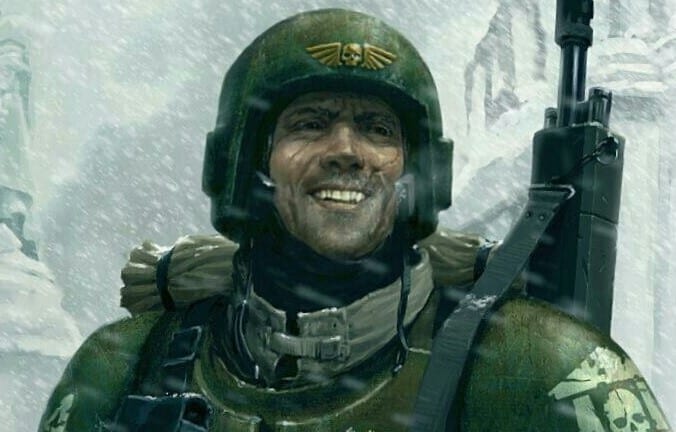 Back when power armor was 80% of the game and AP2 was an all-or-nothing dealbreaker, plasma was at a premium. If it had plasma, you wanted it. Don’t believe me? Ask the guy who runs this website, Rob “Leafblower” Baer, the guy who single-handedly ran Forgeworld Ryza out of plasma guns in his crusade to perfect the most no-fun-allowed Imperial Guard Win At All Costs list.

Editor’s note: actually, it was Nick “Leafblower” Rose who did that.  I was but a disciple of the Rose…

But the only plasma pistol in the game back in 1999 was on the Space Marine Assault Marine sprue. Believe it or not, there was a time when people actually WANTED plasma pistols. They were hot on the bitz market. A single shot of plasma and a hot roll could be the difference between gassing a Terminator or plowing the rear armor on a tank. (vehicle meta existed back then.) 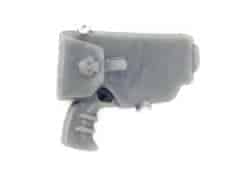 So what did people do? They used the Tactical Marine holstered pistol, pictured above. Your opponent would roll up on you, point to the little rinky-dink .22 caliber squirt gun in that little holster, (which wasn’t even actually big enough to be a bolt pistol, much less a plasma pistol.) and he’d say, “Oh by the way, that’s a plasma pistol.”

Then he’d roll that 3, roll that 2 to wound, gas a 42 point model, and ruin your day. Because you would have killed that guy on your turn if you remembered he had a plasma pistol.

Modeling For Advantage is Much More Subtle 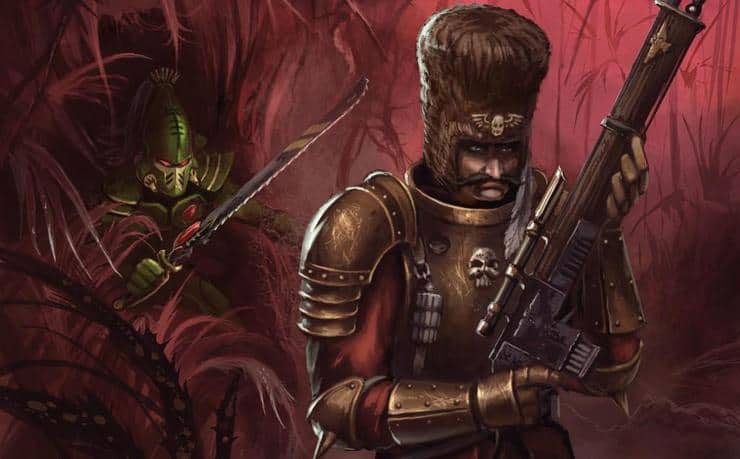 This brings us to the whole point…

Flight stands on bad models won’t win or lose you game. Forgetting your opponent’s models will. 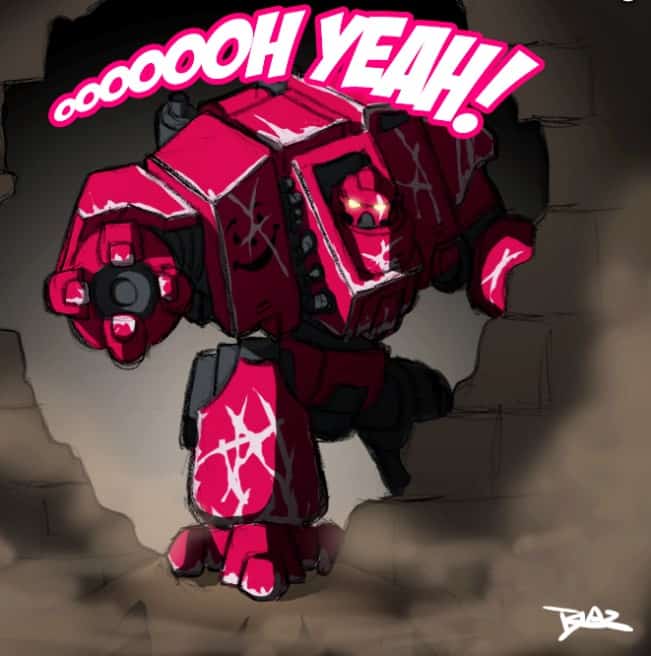 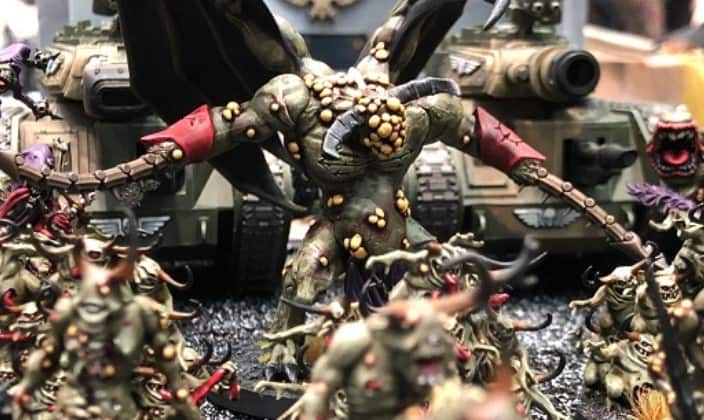 PREV ARTICLE
« Acclimation of the Pox: Armies on Parade

NEXT ARTICLE
Best 40k Armies from Adepticon 2019 Day 1 »
If you buy something from a link on our site, we may earn a commision. See our ethics statement.