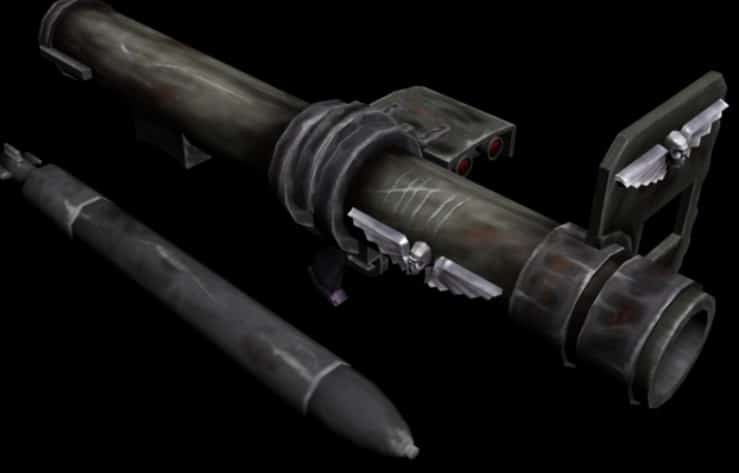 It rains death in the grim dark future, come see the guide to the explosive ordnance launchers and various missiles of 40k. If it goes boom it’s in here!

There are many different Types of handheld ordinance that is deployed on the battlefield of the Grimdark future. Let’s learn about a few.

The Cyclone Missile Launcher (also known as Terminator Support Missile-Launcher) is a variant specially designed to be fitted to Terminator Armour. Loaded with krak and frag missiles, the Cyclone consists of two cube shaped missile boxes twin-linked by a targeter and sensor array, with the missile and sensor unit fixed on the shoulders of Terminator armour. This allows the Space Marine to use a Storm Bolter andPower Fist with the missile launcher simultaneously. Older designs of the Cyclone missile launcher had the sensor array hand-carried by the Terminator, thus taking away the option of a power fist but making it more accurate.

The armourbane missile launcher is a launcher unique to the Deathwatch in the Jericho Reach. A squat, wide-barrelled launcher half as tall as a Space Marine, specializing in dealing with heavily-armoured ground units, this launcher is typically loaded with hunter-killer krak missiles and fitted with an array of augurs and special cogitators to guide its missiles to their targets, and is more efficient than a Soundstrike missile launcher. The mounted special augur array combines the benefits of a preysense sight and a red-dot laser sight. 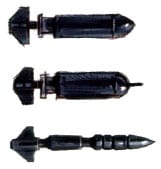 A Rokkit Launcha is a very simple weapon often used by Orks against armoured vehicles.

The Eldar Missile Launcher is the standard missile weapon for Eldar ground forces. Instead of the primitive launching-tubes favoured by the Imperium, they use complex chambered pods designed to contain several types of ammo such as krak and plasma warheads, greatly decreasing the need to reload. While portable, they are most commonly mounted on Grav Platforms and Eldar vehicles.

The Tempest Launcher is a multiple missile launcher that has indirect fire capability. It is fielded by Dark Reaper Exarchs. 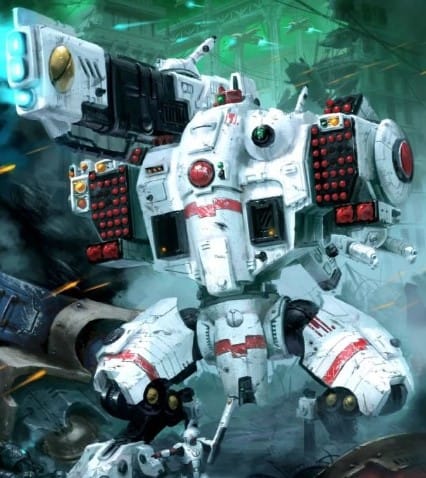 Tau ranged weapon technology is more advanced than that of the Imperium. This includes Missile Launcher technology, however the Tau army is organized such that standard troopers do not carry Missile Launchers like other races. Instead the two varieties of missile launchers available to the Tau are carried on Battlesuits.

Missile Pods are mounted on the XV8 Crisis Battlesuits and come as standard on the XV-81 and the XV-84. Missile pods are medium range, rapid-fire missiles slightly less powerful than Imperial krak missiles. A combination of their size and the Battlesuits they are mounted on, a missile pod can be fired on the move.

Smart Missile Systems are the pinnacle of battlesuit missile technology. Medium strength and capable of very rapid fire (twice as fast as missile pods), the Smart Missile System is so high tech it does not require a line of sight to its target. Instead each missile fired contains a sophisticated guidance system allowing it to maneuver around obstacles and terrain and hit and impact upon a target without risk to the firer. Due to its size, the Smart Missile System can only be mounted on the bulky Broadside Battlesuit and cannot be fired on the move (without an additional stabilizing upgrade).
Vehicle Missiles and More Here 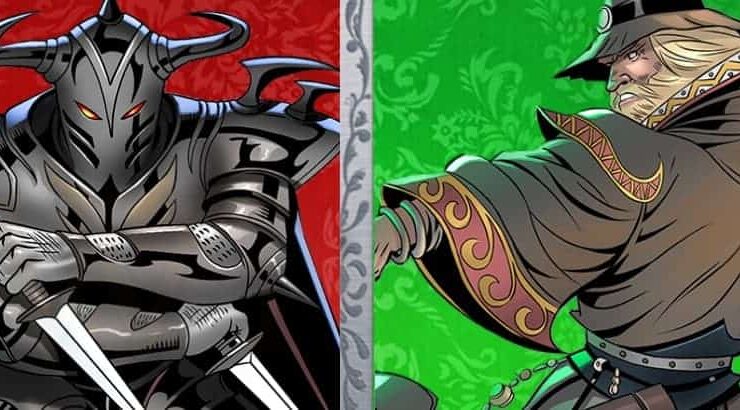 NEXT ARTICLE
Thrown: A Tricky New Game From Wizkids »
If you buy something from a link on our site, we may earn a commision. See our ethics statement.