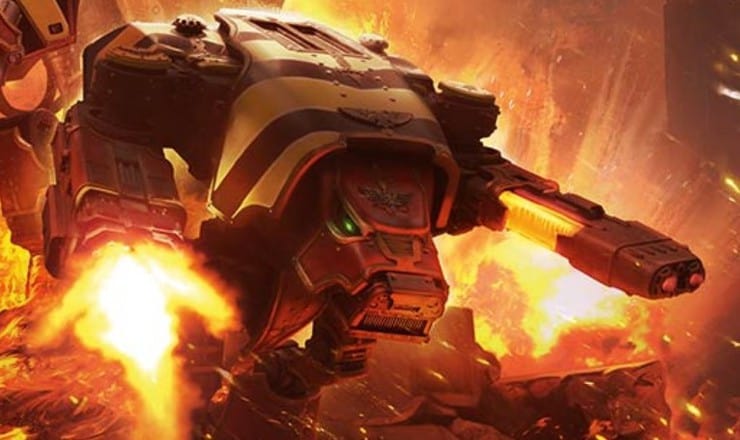 If you’re a fan of Adeptus Titanicus or have been holding off to see a new Box Set so it’s easier to get into the game, well there’s something for you! Warhammer Community just revealed the next wave of releases on the way to this Horus Heresy specialist game. Take a closer look. 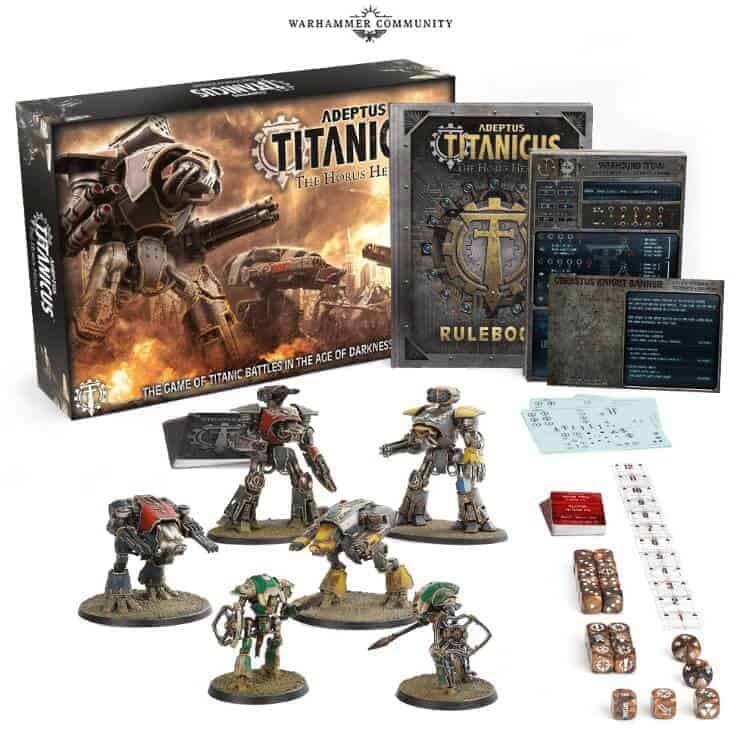 Bringing in everything you need to start a game of Titanicus, you’ll also be getting two Reavers, Two Warhounds, and two Knight Lancers! It looks like the two Reavers will be separate kits, giving you the first loadout we saw and the second loadout with the chain glaive. If you bought the Grand Master Edition Box Set, you could always add onto your force with this box makes it so you don’t double-up on anything out of the other box.

It includes everything you need to start playing – a full rulebook, dice, accessories, and a substantial force composed of two Reavers, two Warhounds and two Cerastus Knights. It’s simple to split the box with a friend and start out with balanced forces, and none of these models overlap with the contents of the Grand Master Edition, so existing players can easily expand their Maniples while trying out additional Knights and Titans. Speaking of new Titans… 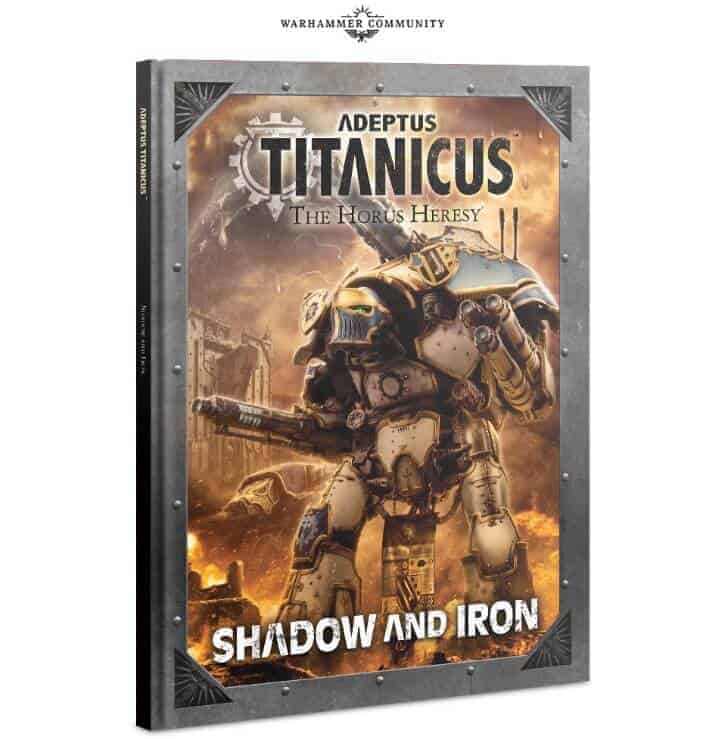 On top of a new core set, a book was revealed called Shadow and Iron and it’s packed with new content for any Titanicus player.

This new supplement details the Crusade of Iron following the Betrayal at Calth, expanding on the background for various Legions. It contains rules for the Psi-Titans of Ordo Sinister, new Knight Houses and maniples, narrative missions and campaigns taking place across an entire sub-sector or solar system.

These all go in-line with rumors that were first spotted all the way back in 2018 that we covered and are now CONFIRMED. But what’s that on the cover of the book? Could that be…a Warbringer? 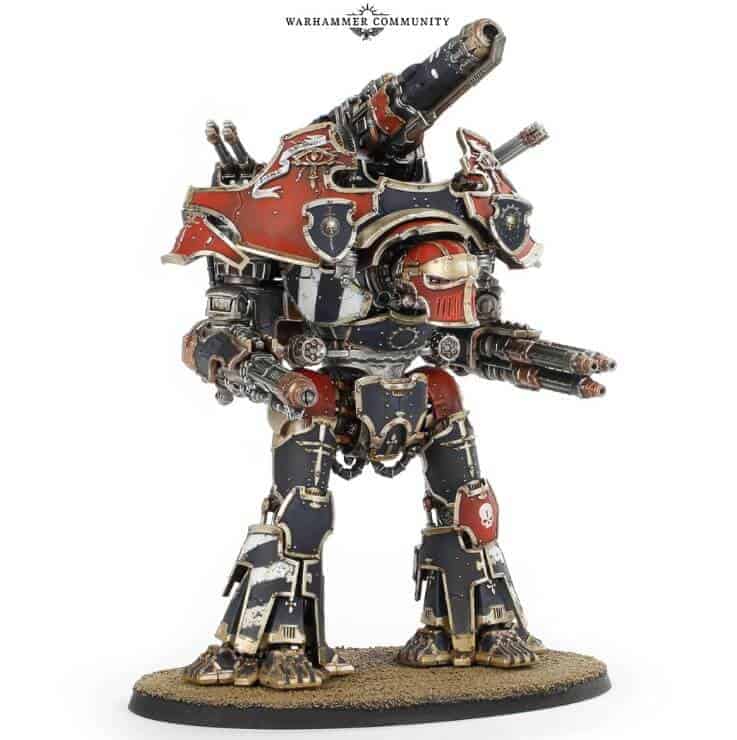 We first saw this model hit the Forge World line in full-scale standing at about the height of a small kid. But it didn’t take long for them to shrink it down into Titanicus scale. This new war machine is on its way to the game now too! And if you have some Reavers in your collection, you’ll be glad to know that the weapons are interchangeable.

Equipped by default with an arm-mounted volcano cannon and laser blaster, these secondary weapons are interchangeable with those of Reaver Titans for maximum versatility. 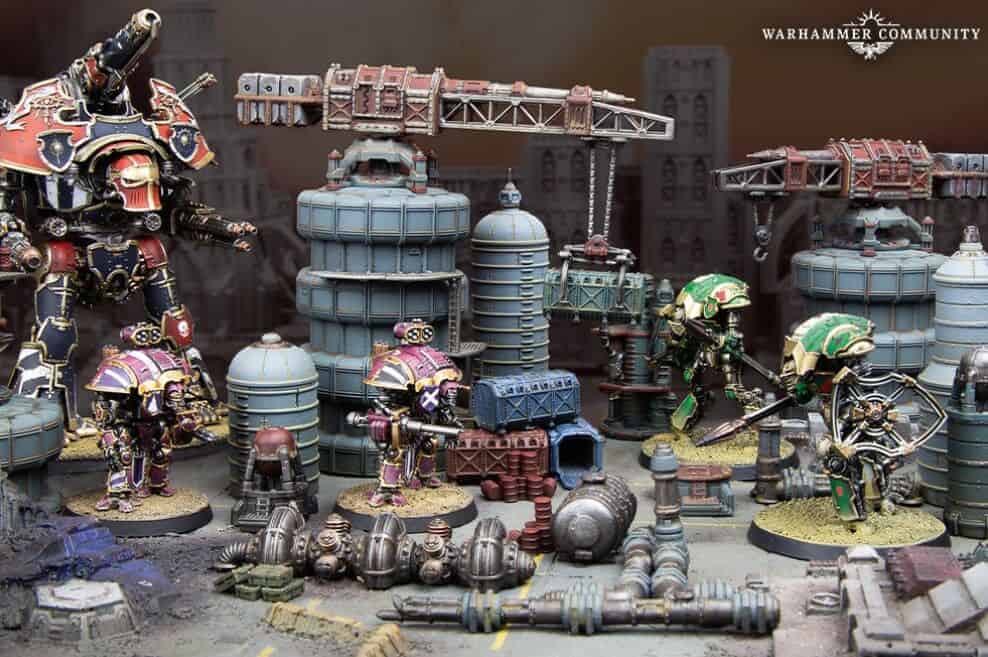 WHC also gave us a snapshot of what looks like some new terrain and the Warbringer for rough scale. With interchangeable weapons for the Reaver, it’s probably going to be sitting between the Warlord and the Reaver in terms of size. Which is true for the big FW model as well.

With these shocking announcements now making their way across the web, what will you be saving your $$$ for? Will you be splitting the new Core Set with a friend? Or will you keep all the models for yourself and throw them in a Maniple?

Check out these tips on modeling the bigger-scale Warbringer Titan! 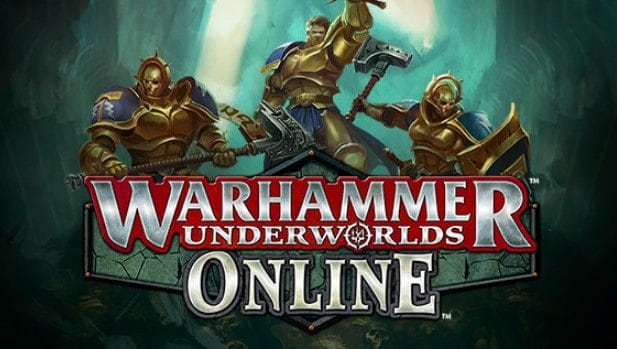 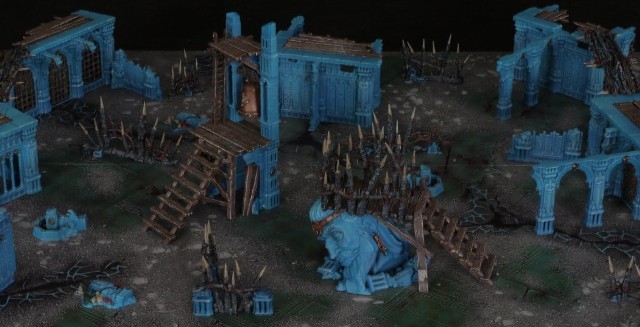 NEXT ARTICLE
Painted Warcry Starter Set Ruins: Wargame Terrain Factory »
If you buy something from a link on our site, we may earn a commision. See our ethics statement.