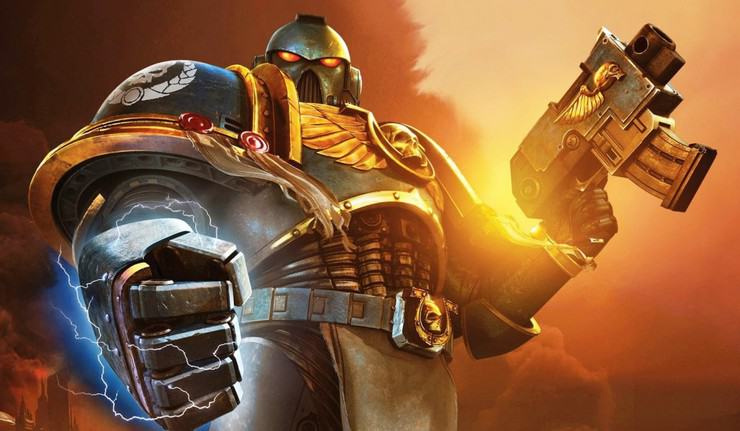 The meta seems to be shifting a bit more this week, but we’re still seeing some Space Marines list as top finishers. Check out these top 3 40k army lists.

Space Marines got FAQ’d and we’re beginning to get a better picture of where they sit post nerf. We’ll be diving into the meta-stomper lists that rose to the top of the Mythicos LepriCON.

Thanks to Best Coast Pairings, we can look back at the event as if we were there ourselves. 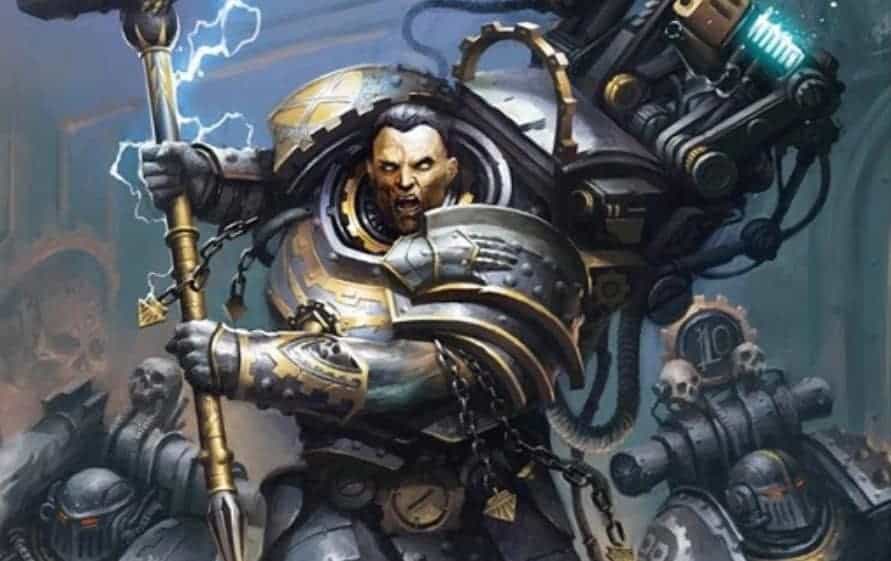 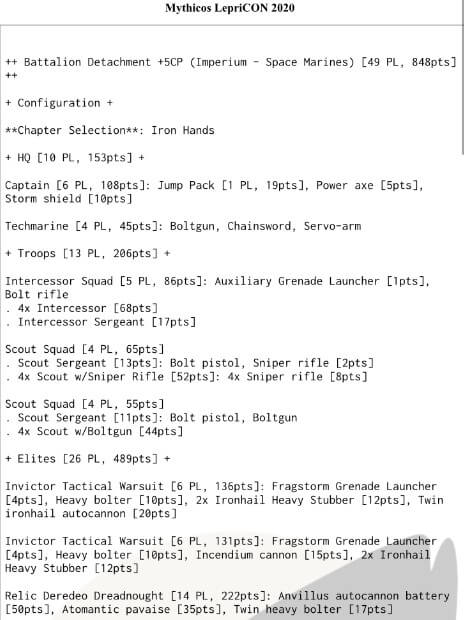 Rocking into third place, this is one of the first times we’ve seen Iron Hands finish in the top three post nerf. With the new Doctrine rules forcing players to move from one Doctrine to another as the game goes on, Iron Hands lose out on their bonus first. That first turn is still incredibly powerful, however, this list basically looks like Space Marines Good Stuff.

Andrew took a modified form of a Smash Captain and kept things cheap by rolling with Scouts instead of spamming Intercessors (like we used to see). To add some early game pressure, two Warsuits were brought and infiltrated up the board with those Scouts. Starting to build his firing platform, he also brought a Deredeo with autocannons. These things are great for sniping our Primaris and have a decent bit of range. 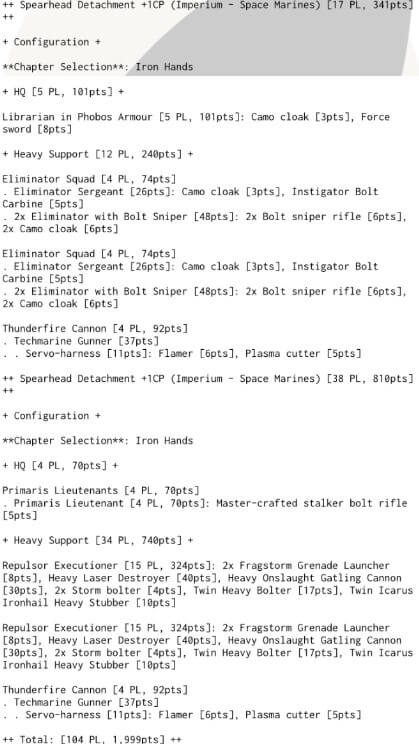 Some Eliminators and  Thunderfire Cannon were also brought in a Spearhead.  Let’s face it, those units are just value. There’s no real reason not to take one of each, at least. Finally, another Spearhead was brought finishing up the firing line with two Repulsor Executioners and another T-fire Cannon.

With the deceptively tough units, thanks to a 6+++ FNP and other tricks like stratagems and relics up the Iron Hand’s sleeve, this list stuck to the board and was able to keep up sustained and effective firepower all-game. 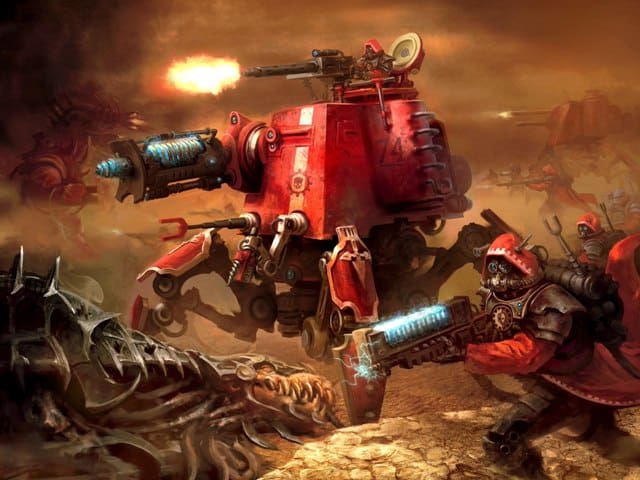 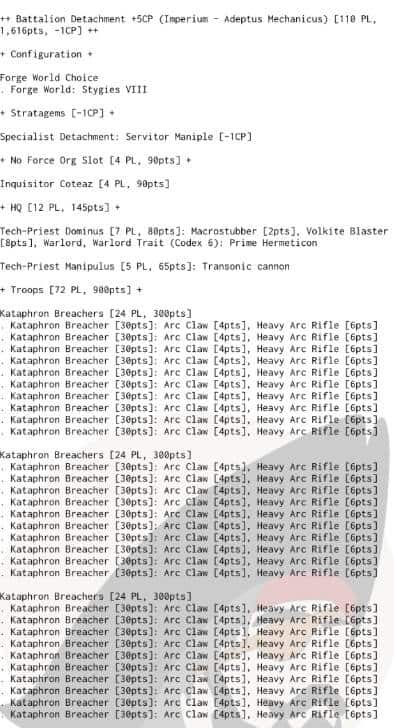 Now it’s time to jump into this Ad Mech list that finished in 2nd place. Starting off with a really unique design, Alexander used a Vigilus Servitor Maniple formation and even brought Coteaz along.  Moving into 900 pts worth of nothing but Kataphrons, this is where the Servitor Maniple really became OP.

He could effectively give a unit a 5++ invuln and +1 to hit each turn. And with each unit being loaded to the brim with Heavy Arc Rifles, these dudes could lay out some fools. 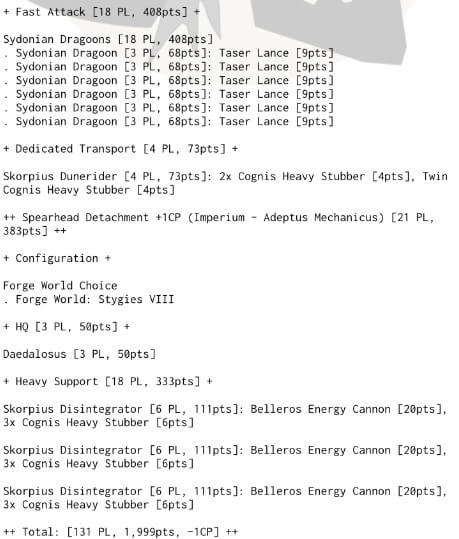 To add a little speed, some Sydonian Dragoons stepped up the enemy and bogged units down that might’ve been able to really hurt the Breachers. With a mix of a few HQs and a Dunerider transport, the rest of the army was polished off with a Skorpius Disintegrator firing line. Using the energy cannons, they could sit back out of LOS from enemy units and lob plasma shots at things downrange.

Overall, awesome job giving us a unique list that’s proven itself to be effective. 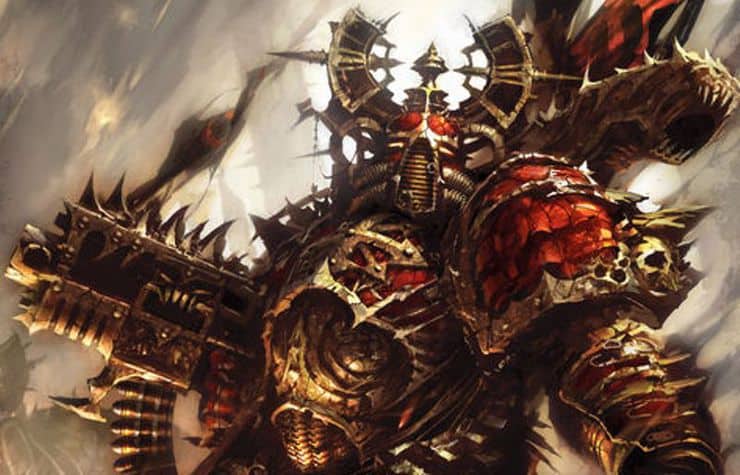 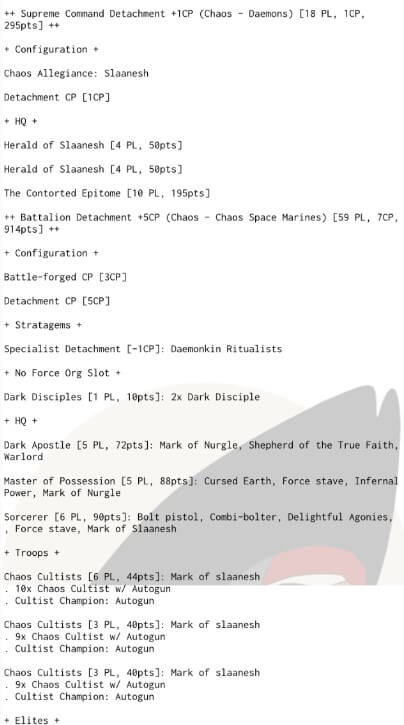 For this list, it rolled out some units that we’ve hardly ever seen in the competitive world. A Dark Apostle, MoP, and a Sorcerer led some Cultists in a Battalion for the CP Battery. However, 1CP was also spent on the Daemonkin Ritualist Vigilus Formation, unlocking some fantastic stratagems for the two blob squads of Possessed. 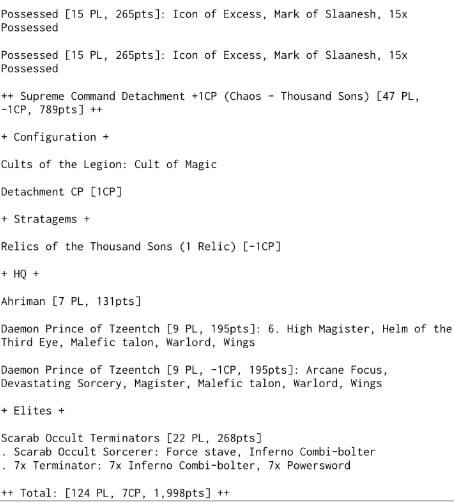 Adding 1 to the Attacks and Strength characteristics to a 15-man Possessed squad is enough to crumple just about anything in a round of combat. But when you combine their damage output with Ahriman’s psychic coverage/Daemon Princes with Talons, this list was brutal. Being VERY melee heavy, this army’s shooting came mainly from some Scarab Terminators.

Overall, this list doesn’t stand out as one that would be able to take a massive hit. Knights look like they could shred the problem units out of the list early on. However, this just goes to show that having practice with what you’re running is better than using all the meta units that everyone else is!

With all of these lists covered, which one looks the most fun to you? Have Iron Hands lost a lot of their appeal to players? Are you using Vigilus support for your armies still? 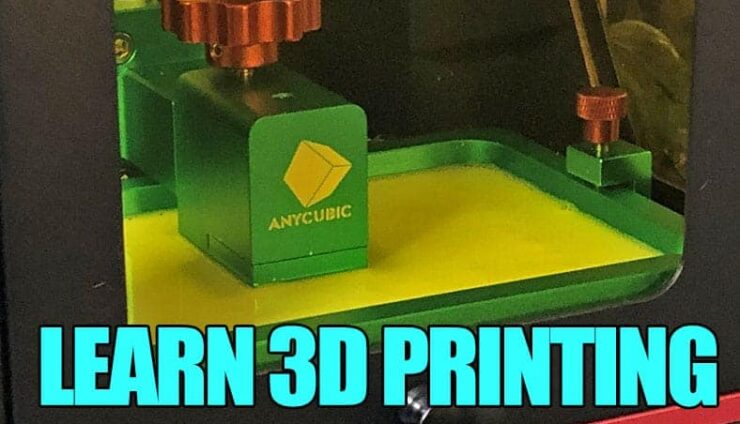 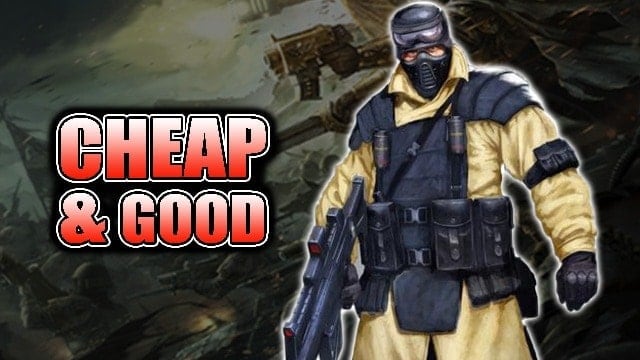 NEXT ARTICLE
Wargames Atlantic Raumjager Unboxing »
If you buy something from a link on our site, we may earn a commision. See our ethics statement.