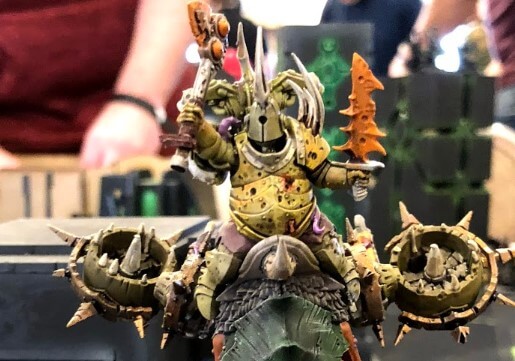 The Death Guard Sludge Blasters dropped onto the tabletops at the 2020 Las Vegas Open with some especially nasty tricks up their sleeves.

The 2020 LVO brought players from all across the world to roll some dice under one roof. With the meta healthier than ever, we saw some incredible armies from the event. Now that it’s all over, we can show special attention to some of the most beautiful armies we’ve ever seen. Focusing on this uncommon Death Guard list, here are some of the talking points.

This army comes to us from Carlos Hernandez 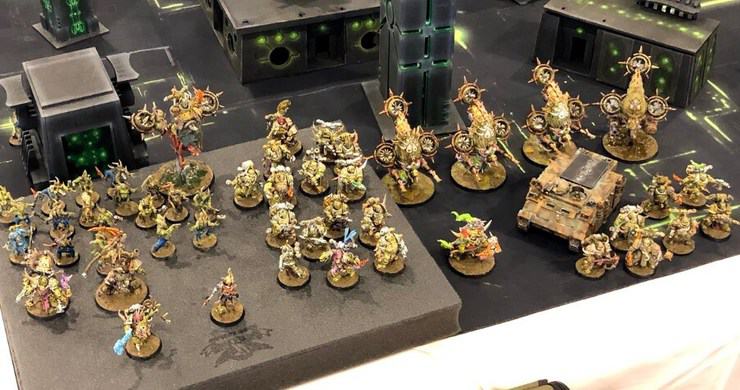 This army is lacking a display board but that’s no biggie. This list is still full of tight paint jobs and an awesome conversion! With Death Guard, you normally think of some pretty slow, grindy lists but this one made good use of the speed offered in the faction. 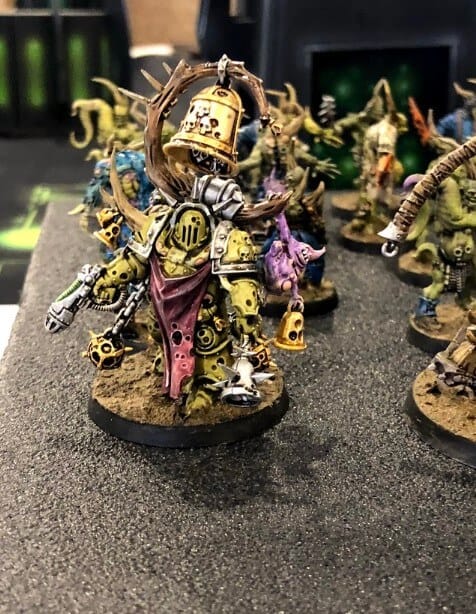 From the Dark Imperium Box Set the Noxious Blightbringer made an appearance ringing his bell and blasting fools with his plasma pistol. 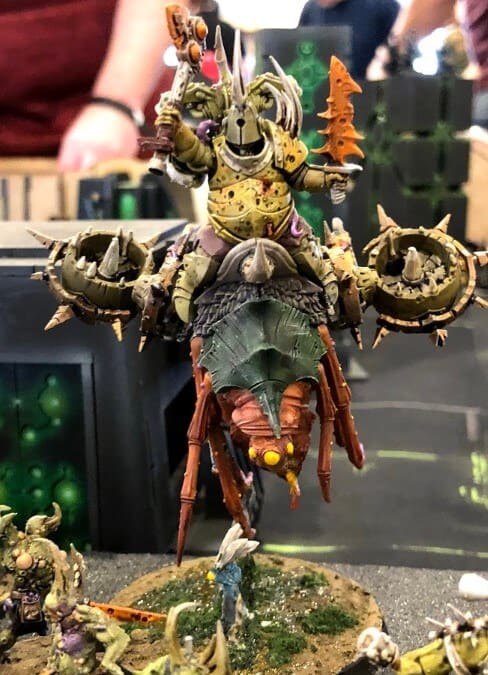 This awesome conversion looks like a Daemon Prince. Using some elements of Pusgoyle Blightlords in AoS with some Foetid Bloat Drone bits, this model came out looking like a dope centerpiece. 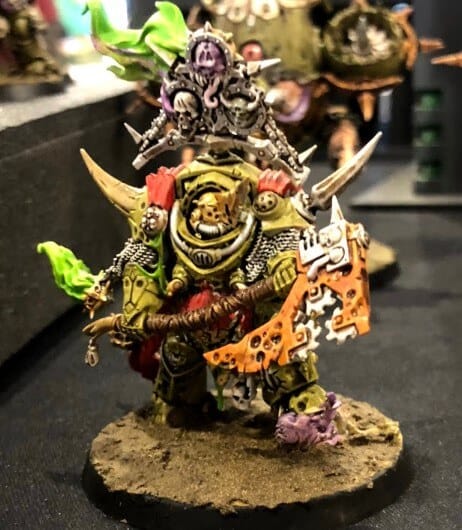 The Lord of Contagion also hit the deck with his trusty rotary sawblade axe that looks a little overdue for a cleaning. Check out the bright flames on the model as well. 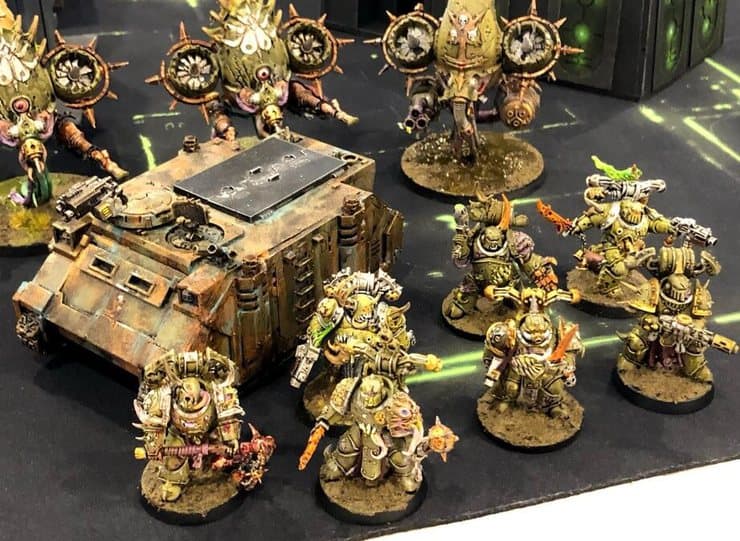 To give the force a little extra potency (pun intended), some Plague Marines were loaded into a Rhino and rushed up the board (probably to lob a ton of grenades via Blight Bombardment Stratagem). 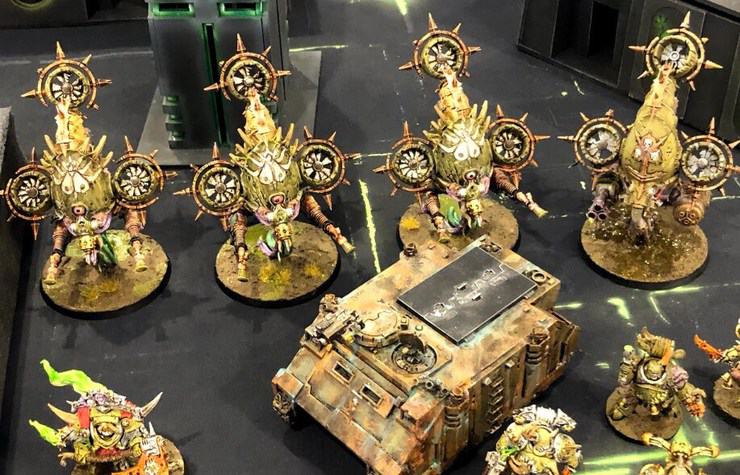 Finally, some Bloat Drones with different wargear hovered up the board and hosed things in Nurgly goop. The Bloat Drones are a unit we don’t see too many of in lists but the amount of speed they add can really take some opponents by surprise. Awesome work!

What’s your opinion on Bloat Drones? Do you have your Death Guard army painted up in a similar way? 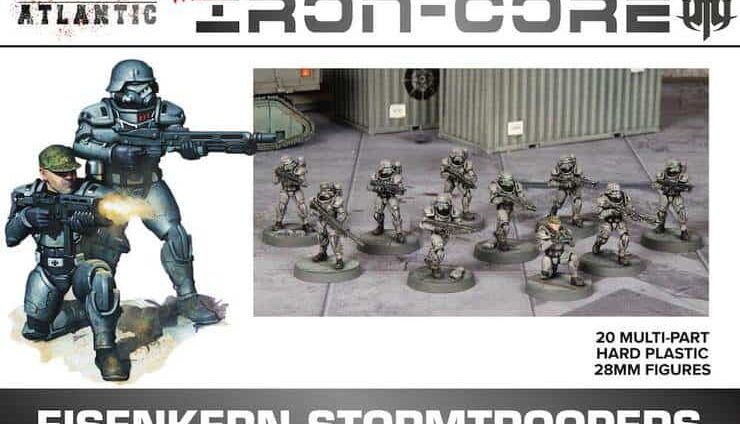 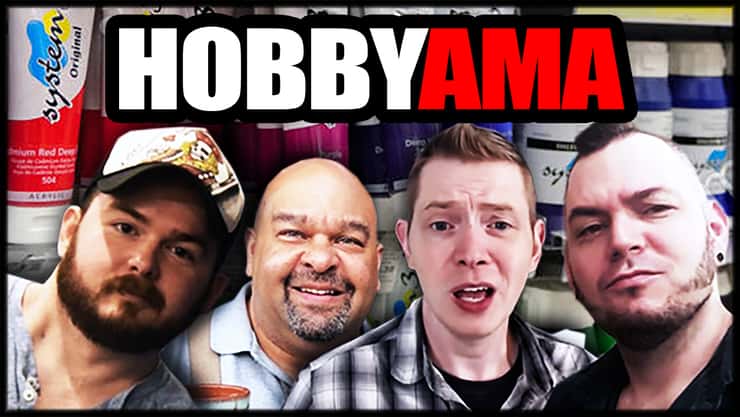 NEXT ARTICLE
Unscripted Hobby AMA: Episode 259 »
If you buy something from a link on our site, we may earn a commision. See our ethics statement.