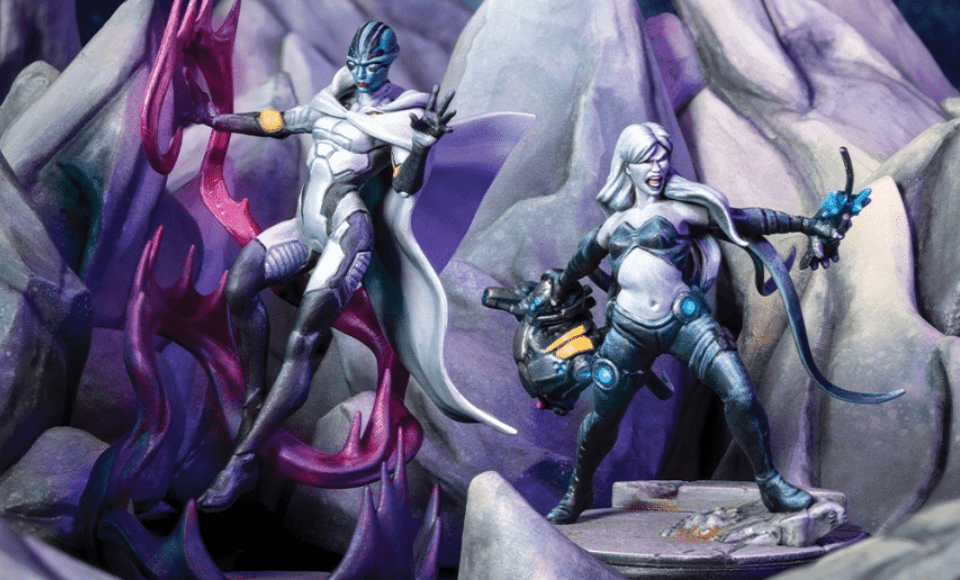 Black Swan and Supergiant were previewed just a couple of weeks ago, but they are hitting shelves sooner than expected!

Atomic Mass Games (AMG) has been doing a great job of keeping things interesting as of late. So far, we really like the updates and new releases for Marvel Crisis Protocol. This time around they are adding another expansion to make the forces of Thanos that much stronger! We saw these teased by AMG, but to actually get the minis is obviously what we’re all here for.

Make sure you check out all the new rules changes for MCP that went into effect in November as well in our wrap-up article here. For now, though, let’s jump into the new models! 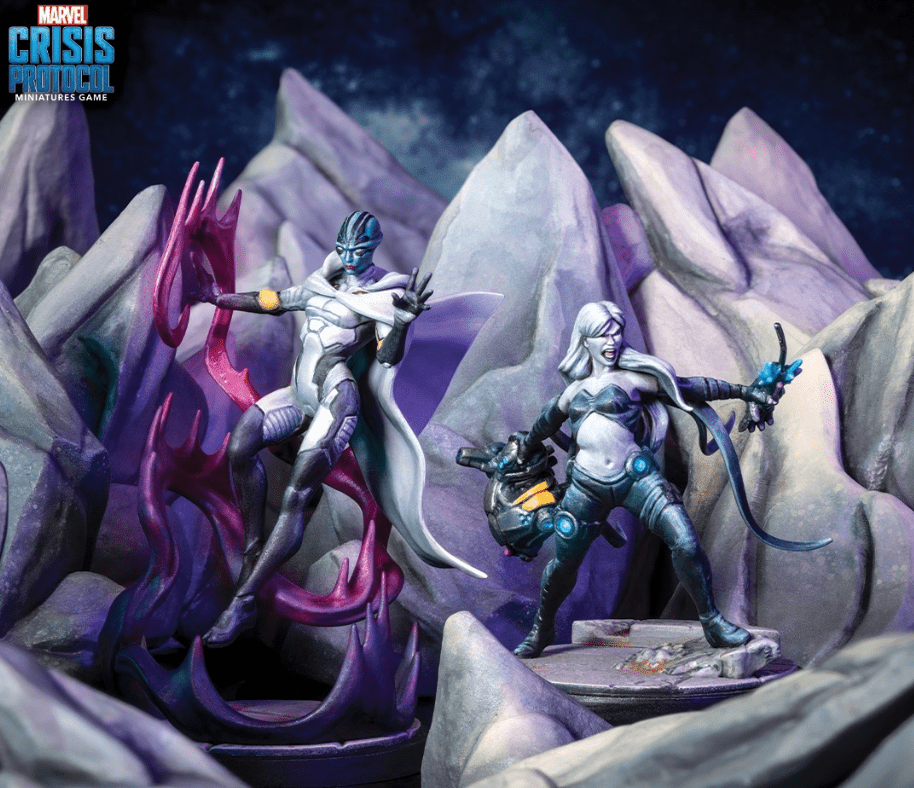 Even more of Thanos’ servants are coming to #MarvelCrisisProtocol. Black Swan & Supergiant, are available this summer! 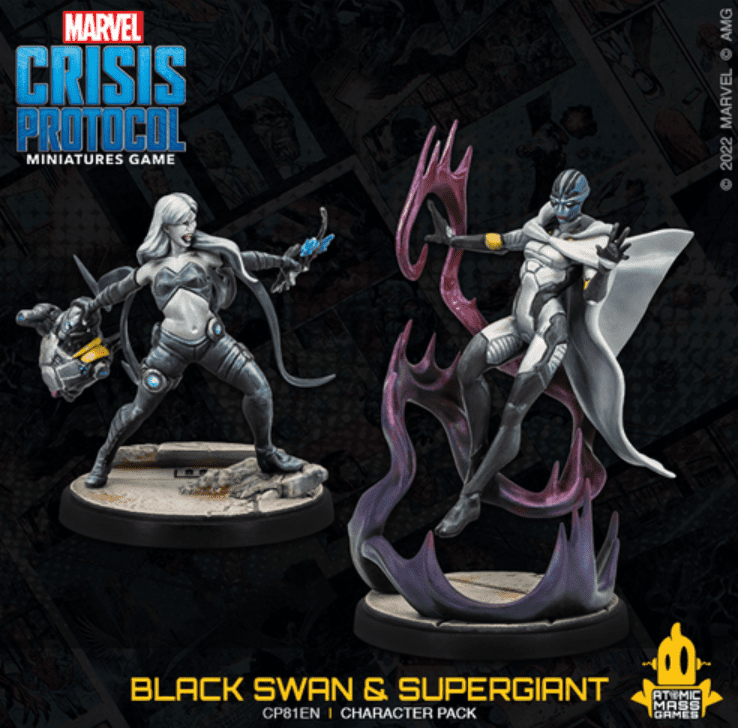 They look really cool and having more minions for Thanos is always a fun and scary prospect. They haven’t really said anything about rules quite yet, but we’re excited to see them as they should add a new fold to the game. Here’s everything you get in the new set: 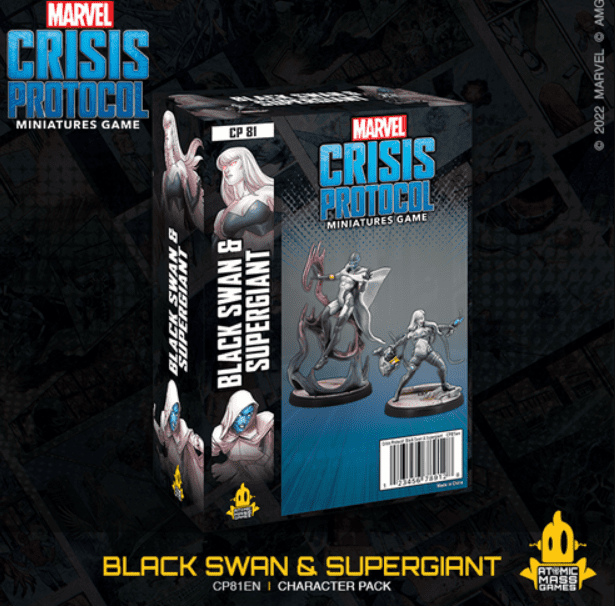 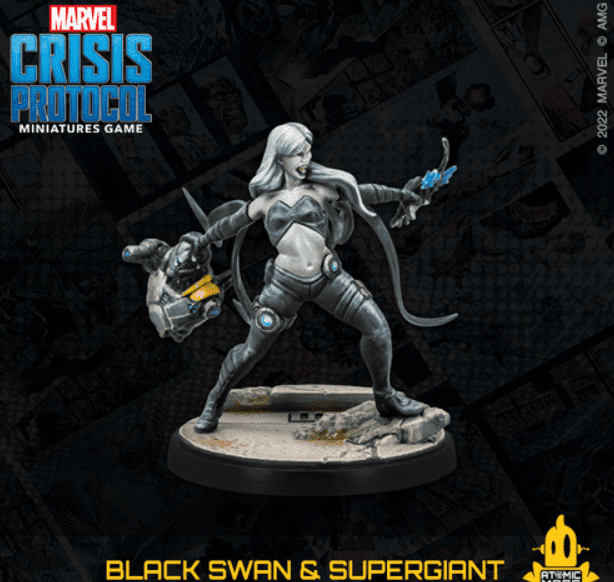 Black Swan was a princess of an alternate Earth who became its only survivor when an incursion event caused her universe to collide with another. She fled into a waystation between dimensions and found the Black Swans, who took her in and raised her as one of their own. Black Swan joined the Black Order of Thanos using her ability to project eyebeams of energy and her superhuman physique to support the Mad Titan’s conquest of worlds. 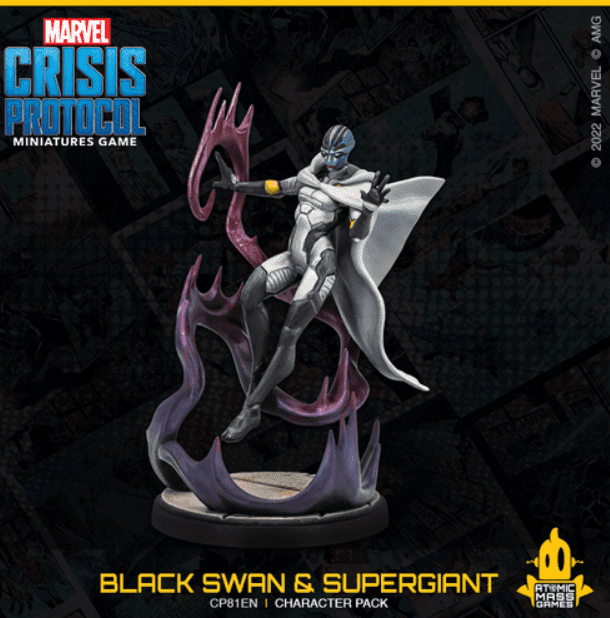 Supergiant is an omnipath and telepathic parasite. A ruthless and cunning member of the Black Order, she uses these abilities to devour the intellects of those who would oppose her. After each brutal attack her incorporeal form assures a swift escape, and Supergiant absconds to plague the galaxy anew.

That does it for this one, just two more amazing models coming to the game! 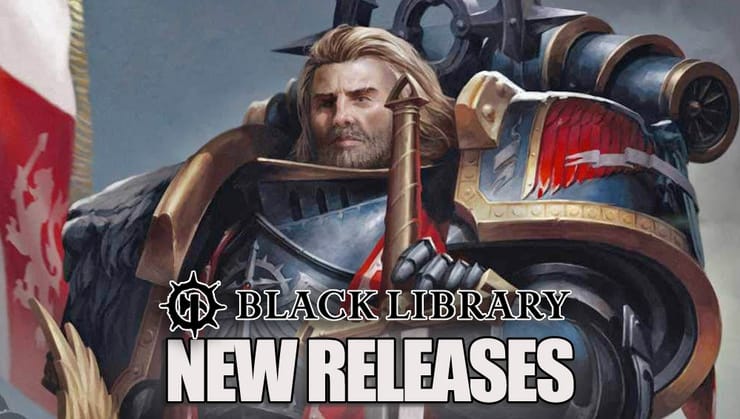 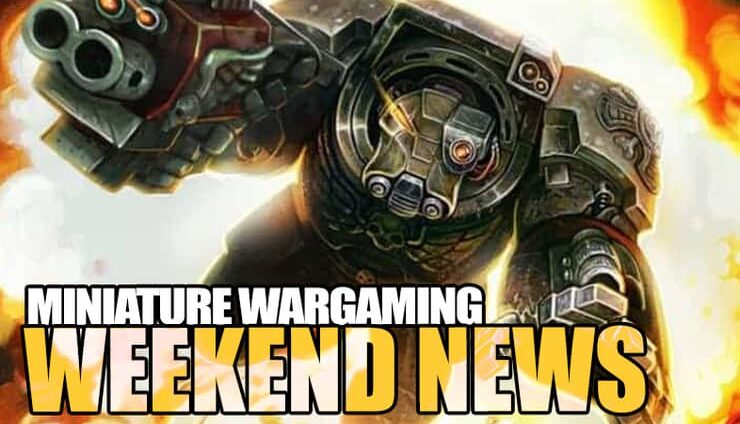 NEXT ARTICLE
New 40k Rules, Tons of Previews & Future of Warhammer: LATEST »
If you buy something from a link on our site, we may earn a commision. See our ethics statement.