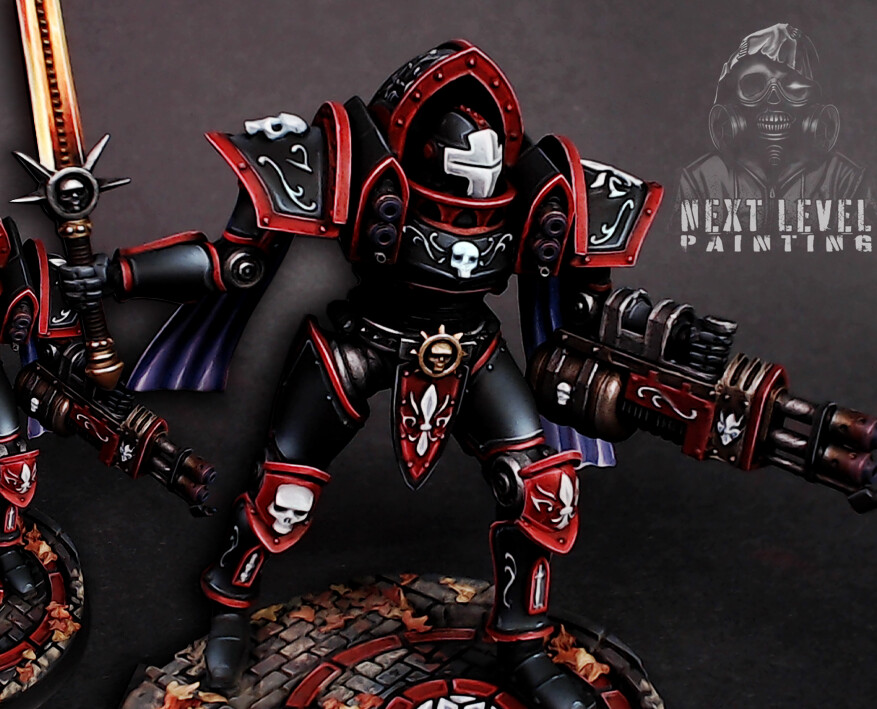 This is the Sisters war suit we've been waiting for! Feast your eyes on the Prioress Battle-Armor Kit by Antonis Bouras!

On rare occasions, a Sister's faith is so strong, that when she is slain on the battlefield, she is kept alive by the power of her faith alone. When such an extraordinary act of Faith is witnessed, as a reward, the mangled remains of the Warrior Sister are permanently encased inside a Prioress Battle-Armor.

The multipart Prioress Battle-Armor Three Pack model kit is made to a 25-micron standard on a high-quality resin printer. They can be assembled in a wide range of poses and have many weapons and customization options.

The best part is you get THREE of these Prioress models for one low price!

Each model includes the following bits, and you will get two models worth with each Battle-Armor Kit you purchase:

It's a very cool kit that can be used for a number of things and can also make a great alternative Paragon Warsuit.

Prints are officially licensed by Antonis Bouras, If you are after just the .STL files, click here to get them on Antonis Bouras' Art Station right now!

Save this product for later
Display prices in: USD