Do you horde toy soldiers? If so there is help.

I saw this article pop up the other day over on White Metal Games, and I gotta admit it really hit home to me.

So I realized I had a “problem” when my movers told me I was 5000 lbs over the estimated weight for my martial status and apartment size.

I literally had “tons” of toys….

Over the last few years I’ve managed to slim down considerably by prioritizing projects, and trimming the fat of things I will never, ever get to.  I’ve dumped a ton at shows such as WargamesCon, Adepticon, NOVA Open and Feast of Blades, and even in store here at FTW.

But yet I keep buying more… It’s a vicious cycle, but with a little will to paint, I’ve managed to tread water so to speak on most of my recent purchases.

So enjoy this article, and be sure to comment how you manage your toy soldier-ing. -MBG

From White Metal Games: More is less? The problem with Hoarding your miniatures

Beneath it all, I bet you and I are a lot alike.  I have a house, a car, two cats, I go to a job each day and I make a median income.  I have a wife, family, insurance . . . I’m a veritable Mr. Smith.  And like you, I have to balance my hobbies and my work against my life in general.  At times that balance is precarious.  Like most American’s my life is very busy.  I get up early, go to work, work hard, come home, make dinner, maybe work on a model or write an article, read a book or watch a movie, and then go to bed, just to do it all again.

Like all routines, it gets boring.  There are times where I wake up in the morning, negotiating with myself to get out of bed and put on my big boy pants.  I tell myself I have to, because there are bills to pay.  Which is true.  To balance this life of high paced monotony, I have a few hobbies I look forward to, gaming being highest on the list.  Like you, I enjoy breaking stride every few weeks for a few hours by delving into a game of one sort or another, often a wargame like 40k or an RPG like D&D or maybe a video game or the like.

It’s not much of a leap to realize that I like gaming more than I do work.  I want to play games more than I do collate data, that’s for sure.  And the more miserable I am at work, the more I look at gaming with eager eyes.  I start watching youtube videos about gaming, reading blog pots,  . . I am literally living vicariously through others that are enjoying games, all the while growing ever more resentful.  I spend more time reading about gaming and game theory than I do actually PLAYING games.

Remember when you were a kid and your parents would give you a treat when you did something good, like got an A on your report card?  Well, when your an adult, YOU are the one doling out the treats.  Now that we are in charge, and have a disposable income each month (albeit a small one), we treat ourselves.  So I’d buy a model or two.  Sometimes a model I have been planing for, sometimes on a lark.  Sometimes I fell victim to a marketing ploy, or the shiny new packaging, or a friends testimony about how cool something was.  Or because it was a Tuesday.  It didn’t matter.  I am a consumer and I LOVE to consume!

Here’s the problem . . . .over time, my gaming collection gets bigger . . . .but my time to work on the models stays the same (or worse, diminishes).  Unlike the me of my twenties, I have a two hour commute to work each day.  I also have a wife now, and a house, and other things that take my attention away from hobbies and pastimes.  I can’t just ignore all these things, but I also don’t want to ignore ME.  I want to tell myself I am entitled to a little fun!  So I keep on consuming.

So month by month passes and my collection gets BIGGER.  But I haven’t had time to assemble most of these, certainly not to paint even a fraction of them.  Eventually I need more and more space for them, and because we don’t have it . . .they end up in a box in the closet, gathering dust.  So at the end of the day, I spent money on a shiny new toy only to have it gather dust in my closet.

Recently I had some car repairs, MAJOR car repairs, almost three thousand dollars.  Unable to pay down this much credit card debt in a few months, I started looking around for things to sell.  So I hit the workshop.   I got aggressive and asked myself ‘what do I REALLY want to keep vs. what did I just buy because it amused me at the time’.  So I sold off about 3,000 points of a Necron Army I had never used, 5,000 points of a Space Wolf Army I had played about 6 times, about 5,000 points of Tyranids that I only used about once a year for apocalypse games, a ton of D&D miniatures I just didn’t need (how many gargantuan dragons or huge dragons does someone REALLY need) . . . .  I got ruthless.  All told when the dust settled I sold off nearly 200 lots of miniatures, from big to small.  I made enough to pay off the car repairs, and with almost 1000 left to spare!

Now, here’s the kick in the pants . . . selling these models through ebay and collecting the money through paypal cost me nearly 10% of my earnings plus nearly $100 in listing fees!  All told I spent almost $700 in fees and another $200 in shipping supplies.  I spent nearly 25% of my income, just to sell something I really hadn’t even used.

On top of that, it took me almost 12 hours to photograph everything, and another 20 or so to list them all.  Then tack on another few 15 hours to package them all, ship them all, and finally, the income taxes I will owe on them at the end of the year (as a small business owner)

So basically it’s like me burning up $1000 of my hard earned money, and 40 hours of my time (an entire WEEK of work) just to get back to the simple realization that a man can only sail so many yachts.  This is a concept that apparently the rich and poor alike struggle with.

In the end, I kept a single 3000 point 40k army, with the goal not to buy anything new until I had painted and sold off this army.

I see these forums posts all the time, where guys sign their posts with their armies.  It might read something like:
Hoarder345
10,000 points marines painted, 5,000 points chaos, 2,000 points IG

What should I think of this?  Should be I be impressed?  Intimidated?  When did the points of our army become a calling card?  Is this like a man comparing the car he drives to that of his neighbor’s?  Or comparing salaries?  Does this ever lead to anything good? 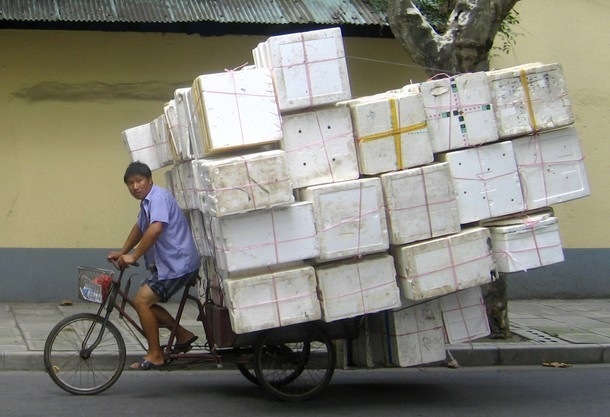 I was in a FLGS the other day and I met a new player, maybe 17 years old.  Said his dad had gotten him into the hobby.  This kid said his dad had over 10,000 points of models, and clearly, he was proud of it.  Is this a behavior we are passing down to our kids now?

What about hobbyists that boast about the kits in their closet they haven’t even assembled yet?  The goatboys of the world.  You’ve heard the DJ’s on 40k radio, about their closets full of unmade models.  If this was a matter of collecting models because you like models, that’s one thing.  For example, if I buy a Monolith just because you think it’s neat and want to assemble it, that’s one thing.  But if I buy something just to stick it in my closet . . . why am I buying it?  This isn’t a stock portfolio, it’s not drawing interest.  It’s not a sports car that gets more valuable over time.

I’m going to propose a simple idea.  It’s singular, and I’m hoping it catches on:

Firstly, you won’t have that burden of unpainted models on your gaming shelf, somehow bearing down you and getting heavier by the second.  Secondly, you might actually help LOWER GW prices.  By lowering demand, according the laws of economics, over time we will see a decrease in prices.  Supply and demand, right?

Fewer models means a more manageable army.  One you can actually paint, play, enjoy, and fit into your car!

Did I mention you’ll get to hold onto more of your $$$ this way!  When was the last time a little toy army man offered to split the check at dinner with you?

Resist the urge to buy something shiny and new just because you can.  Something might be coming down the pike, you never know.  Plan for those rainy days.  And when it does rain, at least you’ll have something to do while you wait out the storm, right?  Pick up that brush and get painting!

Until next time, happy wargaming! 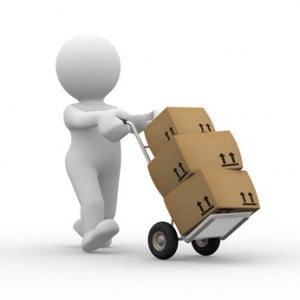 NEXT ARTICLE
NOVA Open is HERE! »
If you buy something from a link on our site, we may earn a commision. See our ethics statement.