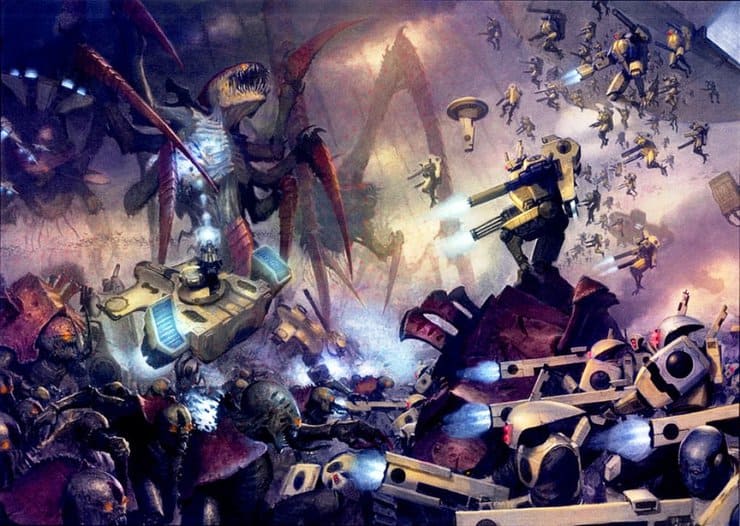 Tau Crisis suits gain dynamic entry to where the fighting is thickest. GMM Studios was ready and painted them up to look the part! Check these guys out!

The sequel to last summer’s big hit – Tau Invasion is here, with more suits, more big toys and a brand new setting. Action, drama, communism – a film for the whole family.  Can the Tau cleanse a rundown shipyard of human corruption and crime? They’re the protagonists so you know they will. Ebert posthumously states “a groundbreaking new standard in cheesy action. Samurai Cop is no longer my favorite movie.” Thanks. Anyway.
Round two of a set of Tau I did last summer in blue and grey. The last set was the essentials, so this one is all of the new releases and some more really big kits. All really nice models that painted up well, especially the big guy. 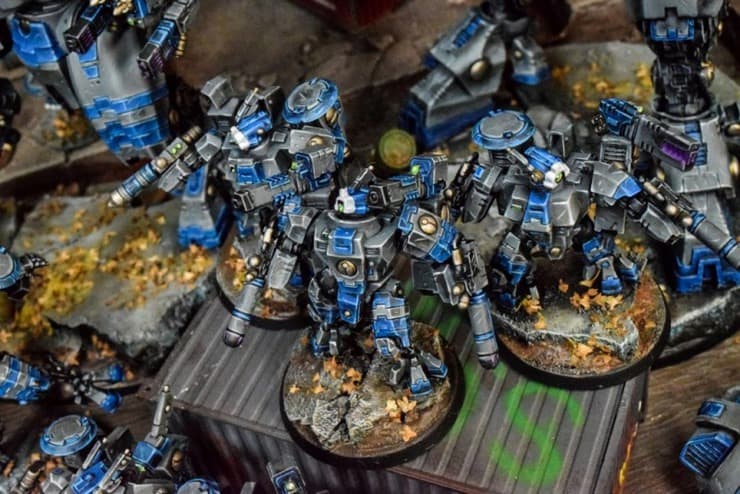 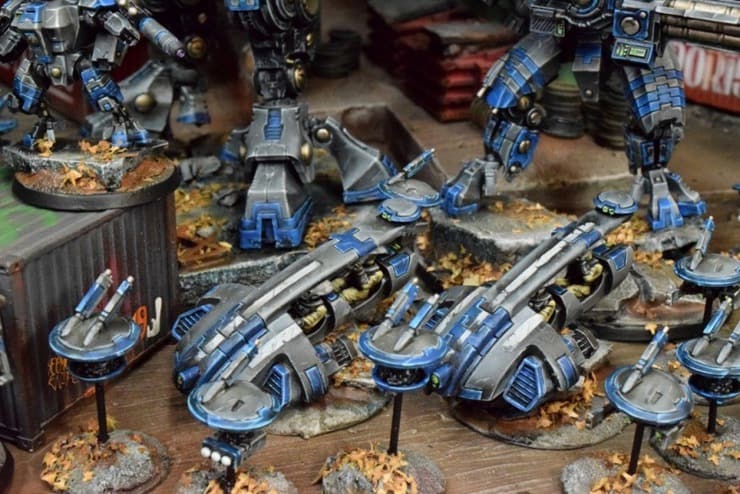 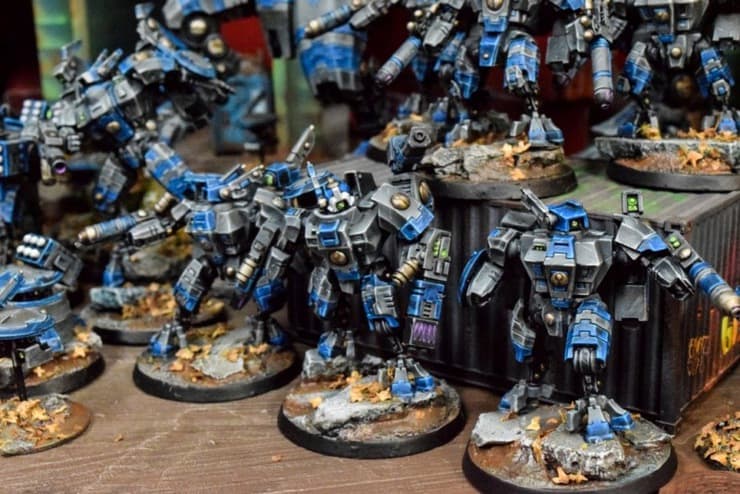 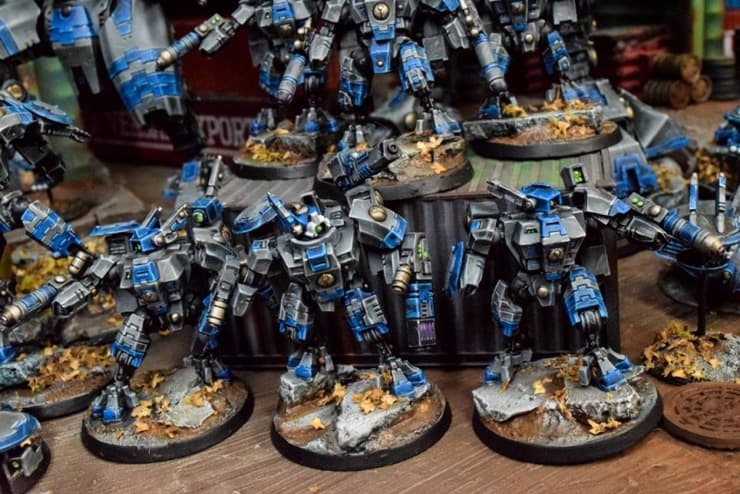 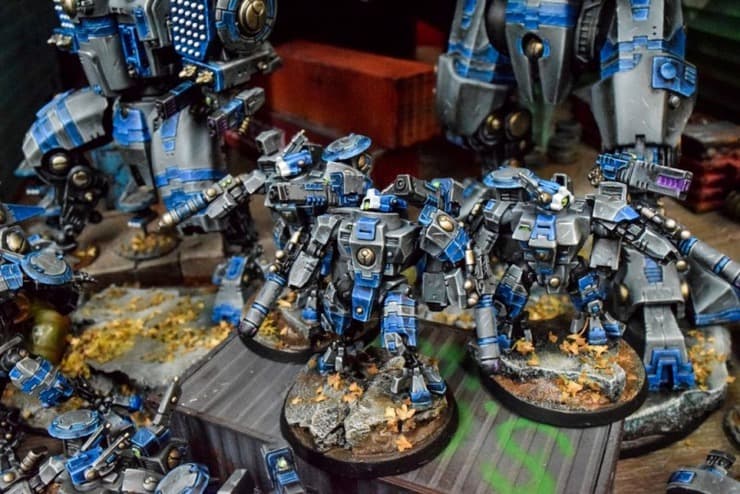 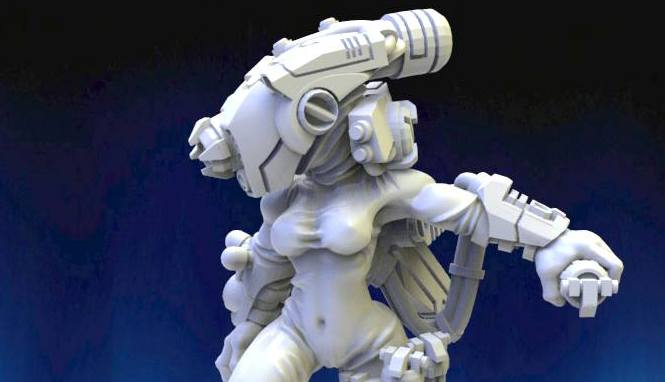 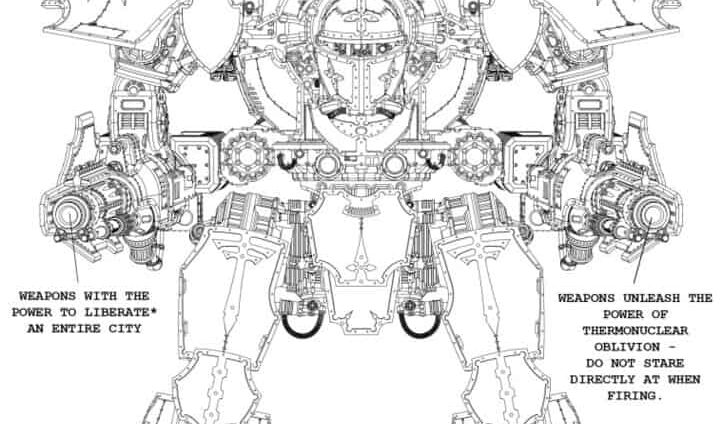 NEXT ARTICLE
One Man Army – How to Liberate a 40k City? – Pic of the Day »
If you buy something from a link on our site, we may earn a commision. See our ethics statement.