How The Orks Devastated Armageddon – LORE 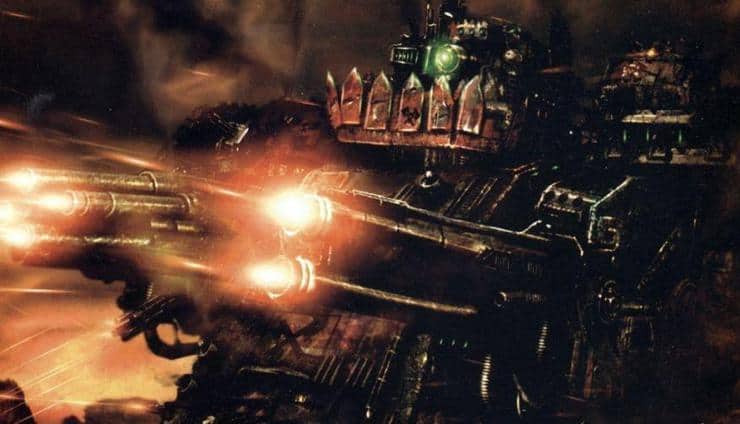 Just after the Ork invasion began, a massive warp storm enveloped the Armageddon system, cutting off any Imperial reinforcements.

After the Orks landed, a massive warp storm formed around the Armageddon system, preventing Imperial reinforcements from aiding the beleaguered forces on the planet. The Ork forces split off into their five separate tribes, and two of them were sent north to take hold of Armageddon Prime. Herman von Strab, the Overlord of Armageddon, was ignorant of the threat posed by the Orks.

There were several warnings of the upcoming danger, including the Emperor’s Tarot cards and freighter captains’ warnings of disturbances in the warp, but von Strab ignored them all. Only after the Orks landed did any real distress signal leave the planet, and only due to the foresight of Sebastian Yarrick. Von Strab banished Yarrick to Hades Hive for countermanding his orders, located in Armageddon Secundus. 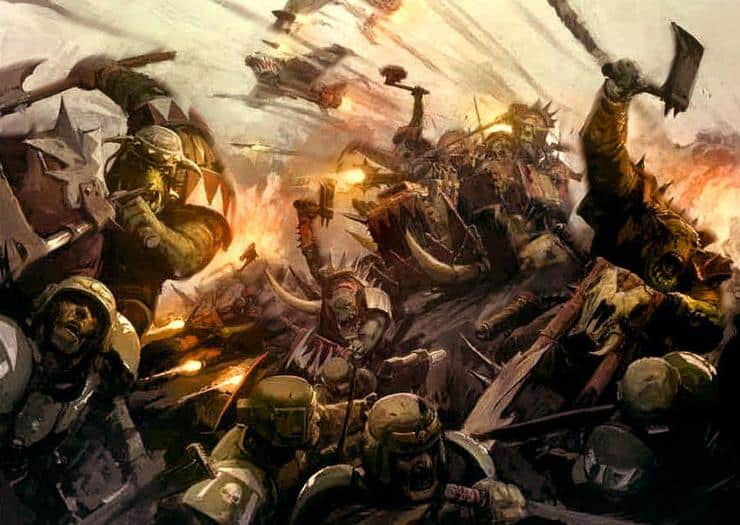 Von Strab decided he could take on the Orks with the available forces of the planetary PDFs. The populations of Armageddon Prime formed into defensive units and fortified around their Hive homes but were pushed further and further back by the unstoppable Orks. Piecemeal attacks were ordered by von Strab, which only led to the deaths of more humans. Yarrick ordered shuttle runs to help arm the north, the pilots skipping out of the atmosphere and back in again before the Orks could intercept them. Many pilots died as their ships were destroyed, the remains falling back to the planet in flaming chunks.

Von Strab hastily relocated his command centre to Hive Tartarus in Armageddon Secundus, knowing that the north would fall to the Orks no matter what he did. Three of the Ork tribes were unaccounted for but von Strab believed they were being held in reserve. Princeps Prime Kurtiz Mannheim, leader of the Iron Skulls Titan Legion temporarily stationed on Armageddon, advised von Strab to prepare for an attack from these three tribes. Von Strab ignored him, confident that they would never cross the equatorial jungle region at the centre of the peninsula. He would then launch a mighty counter-attack, leading from the fore. 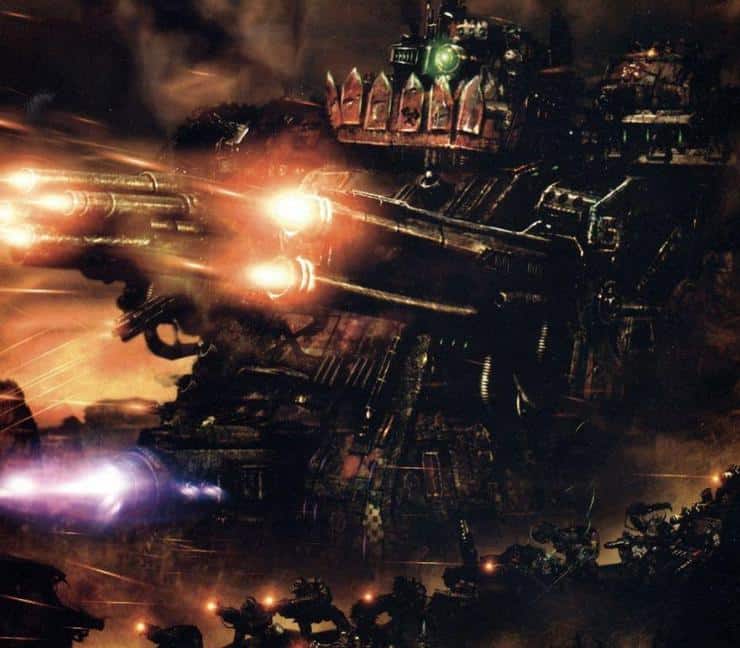 Two days later, the Orks invaded Armageddon Secundus. It was the Season of Shadows and the many volcanoes of Armageddon erupted, sending black clouds high into the sky. Massive armoured columns of Orks charged through the thin Imperial lines, and two tribes moved east of the Palidus Mountains toward Hades Hive and one to the west of the mountains to Port Helsreach. Von Strab ordered his titans, under Mannheim, to attack and wipe out the Orks. Princeps Kurtiz Mannheim, realizing his allies would soon be overrun, led the Legio Metalica and its Skitarii escort against a wave of Ork Titan-class threats and six million Ork infantry. After slaying an Ork Gargant in a grueling duel, Mannheim ordered his badly wounded Titan Steel Hammer to self-destruct, his sacrifice killing another two Gargants and burning out the heart out of the Ork offensive in the process.

The Imperial forces now fell back, establishing defensive lines along the many rivers of Armageddon, including the Stygies River in the west and Diabolus River in the east. When the storms abated the Orks drove south, crushing the defenses and sweeping into Hive Infernus. Demoralized, the officer in charge of Infernus surrendered without a fight. The refugee columns, hundreds of kilometers long, trekked across the deserts and were harried by Ork biker units, herding them back to Infernus to work as slaves. 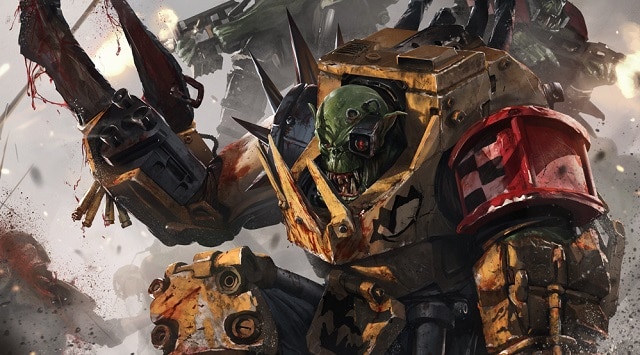 Find out more about the Second War on Armageddon

NEXT ARTICLE
Mobile Rhino Comm Tower – Conversion Corner »
If you buy something from a link on our site, we may earn a commision. See our ethics statement.