Well another week has gone by, and we have a HUGE release to take a look at,  the Space Marine Glaive.  Sorta like a Fellblade but deadlier in firepower!  This thing spits hot fire at hordes and doesnt look back.

Goes on sale at the end of June (next weekend).  Get your Pre-Orders in now for this new Super Heavy kit.

The Legion Glaive Super-heavy Special Weapons Tank is a variant of the Fellblade. Armed with a Volkite Carronade, it is designed to destroy xenos beasts and incinerate enemy light vehicles at a single sweep.

While the Glaive has been issued to all eighteen Legiones Astartes in limited quantities, the Salamanders and Dark Angels have long been noted to field Glaives as a matter of course; the XVIIIth Legion’s artifice is more than sufficient to maintain and replicate the arcane Volkite technology, while the provenance and honour of the Ist Legion means that their war matériel and weaponry are ancient indeed.

The Legion Glaive, designed by Stuart Williamson, is a multi-part resin and plastic kit that is packed with detail. It is available to pre-order now for despatch from Friday 28th June and experimental rules to field this powerful super-heavy as part of a Space Marine Legion army are available to download now. 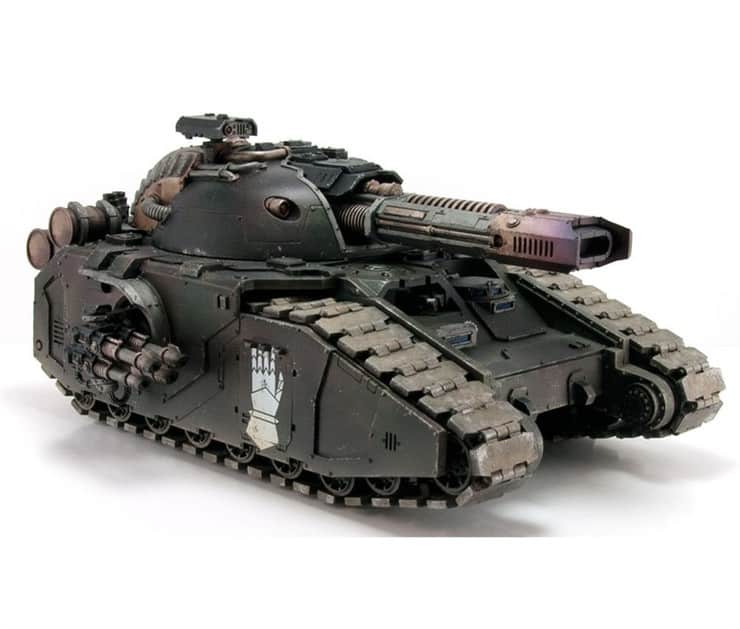 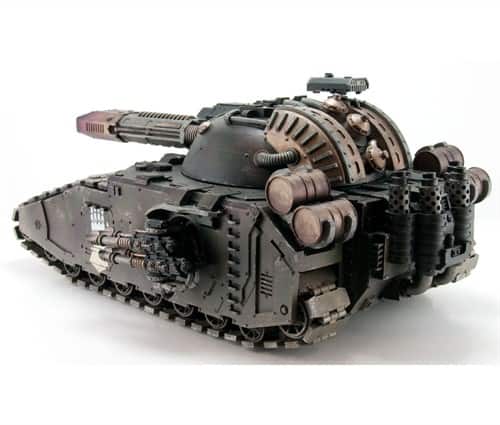 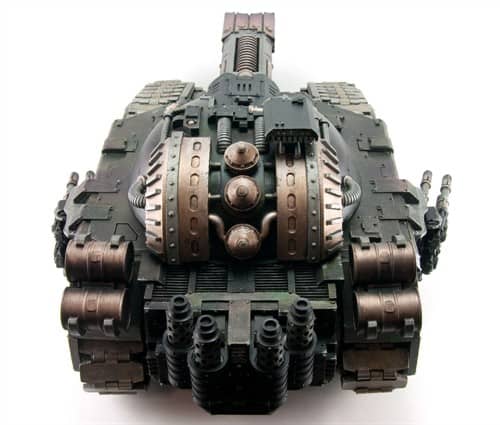 The Glaive is an interesting variation of the Fellblade and has an awesome gun on it the Volkite Carronade. 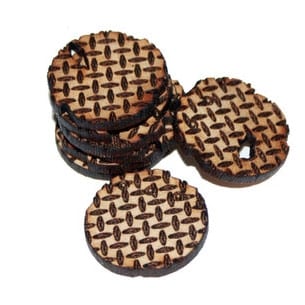 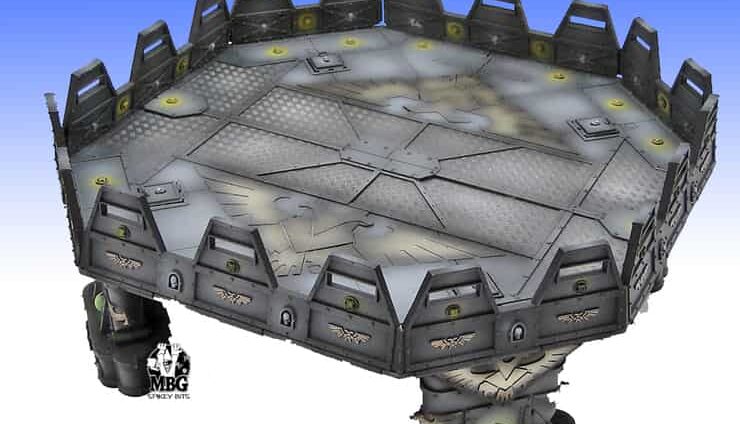 NEXT ARTICLE
Get to the Landing Pad! Army of One »
If you buy something from a link on our site, we may earn a commision. See our ethics statement.