Wow this thing is HUGE, and checkout those guns!

Well it looks like there is no mistaking what next weeks BIG release is, plus End Times Book two will be releasing as well. 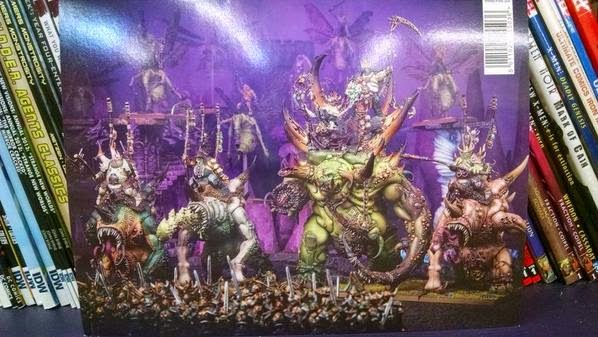 Glotkin is indeed 2 books in a slipcase, like Nagash. Looked a tad thinner, like both books were about the same thickness. IIRC Nagash the fluff book is a lot thicker than the rules book.

Pair of characters ride it, one combat that looks like the armored guy with the half horn head from the maggot beasts, the other is a more ragged looking caster type. Both named Glott. Model is on a much larger base than the maggotlords, probably the 150 by 100. Top of beast part of glottkin is about level with the top of the magot lord riders head, with riders and some horns makin it even taller. Not stompa sized, but I’d say somewhere between the orkanaut and imperial knight. My favorite part is the little nurgling on the base that looks like a mini-glottkin mount, with 1 squggly arm and 1 spike arm.

No rules for glottkin included (likely because the book is released at the same time) but a battle report on fall of altdorf on a big table.

Coming next week mentions respirators, so no clue what that is about. Spent most my time looking at the 2 nice new 40K bundles.

Check back soon for the latest shortly and hopefully a first look video review! 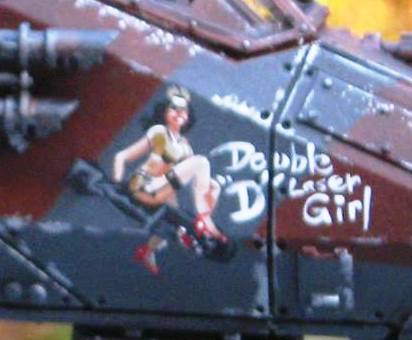 PREV ARTICLE
« Pin Up Girl Vendetta – Army of One 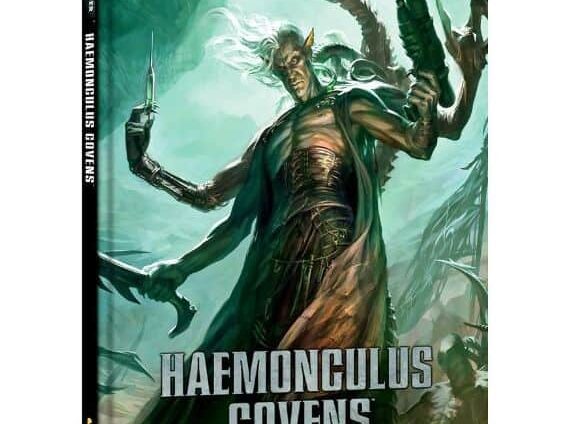 NEXT ARTICLE
IN DEPTH – Haemonculus Covens Supplement Review »
If you buy something from a link on our site, we may earn a commision. See our ethics statement.