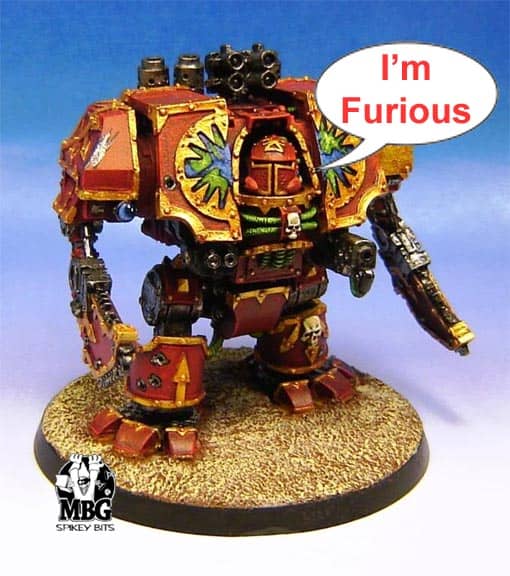 TPM Blood Angel back again with some more BA ponderings.  I have a love hate relationship with these guys. They look cool and are fun to take so what’s the problem? Well, in almost every edition of the game they have had slim to no survivability.

With proliferation of drop pods in the previous marine codex they got better. Adding in the ‘drop pod assault rule’ they got a little worse again since you auto come in with half your squads at the start of the game. To make a drop pod list really work you have to cram your army full of pods and then bank on being successful with your reserve rolls.

Now the Blood Angels have introduced a whole new variety of Dreads that has me looking at them again – The Furioso Librarian Dreadnought.

For 150+ points or so – give or take for options (and even that is up for debate) you get an AV 13 walker with a p-hood and psychic powers that can it can use to buff itself in close combat, shoot things across the table, or even fly.

Even with all that I am still not convinced they are a good buy. The reasons all boil down to one thing: they can be killed with one shot. They are somewhat vulnerable to long, medium and short range fire. Even with AV 13 you are dealing with something that has to get close to the enemy to do much damage.

To avoid the pod issue I think you’ve got to incorporate these things into a partial or full mechanized list. I know mech lists are all the rage right now – because they work – but that is a different subject.

By in large dreadnoughts can hide behind rhinos and razorbacks, even if it requires a little bit of creative modeling. First turn you can basically protect them from long range enemy fire. You will also be out of range of most enemy p-hoods so you shouldn’t have much trouble getting your flight power off during your movement phase.

First turn you zoom zoom your fast rhinos 18 inches up and then fly/run the dreads behind them. You pop smoke on everything.

With a bit of luck you’re then prepped for a devastating next turn. This time you won’t be automatically outside of enemy p-hood range so try and keep that in mind before you settle on where you push your rhinos and dreads. Even if you aren’t able to get the flight off you’re still going to be close enough to do some damage.

Screaming out from behind those moving pieces of cover should be somewhere between 20 and 30 assault marines and a pair of close combat face wrecking dreadnoughts.

If you are dead set on taking the pod variant then I think you need to load up on at least four pods. This gives you the ability to ‘pace’ your own alpha strike force. If you are worried about the dreads getting whacked as soon as you bring them down then maybe you want to drop the assault/ Honor Guard melta squads first to soften up some hard targets.

If you are looking across the field and don’t see anything that will give your dreads too much of a hard time then you can save your troop choices to come down on turn two or three to support X or Y flank or maybe camp directly on an objective.

Before sinking 100+ bucks into dreads I definitely suggested play testing with some proxies. If you can fit them into your play style and can learn how to protect them and minimize your exposure to enemy fire with them they are super fun to play with. 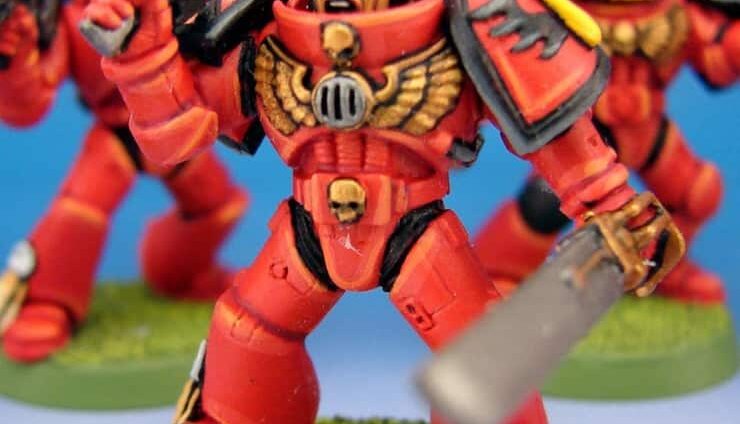 PREV ARTICLE
« Blood Angels Honor Guard- Should we use them? 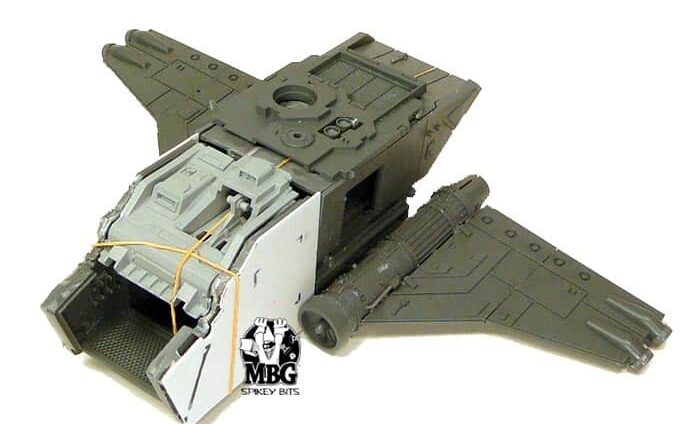 NEXT ARTICLE
40k Hobby- Blood Angels Stormraven Gunship MKII WIP »
If you buy something from a link on our site, we may earn a commision. See our ethics statement.