New Blood Angels – To Mech or Not to Mech? Part II 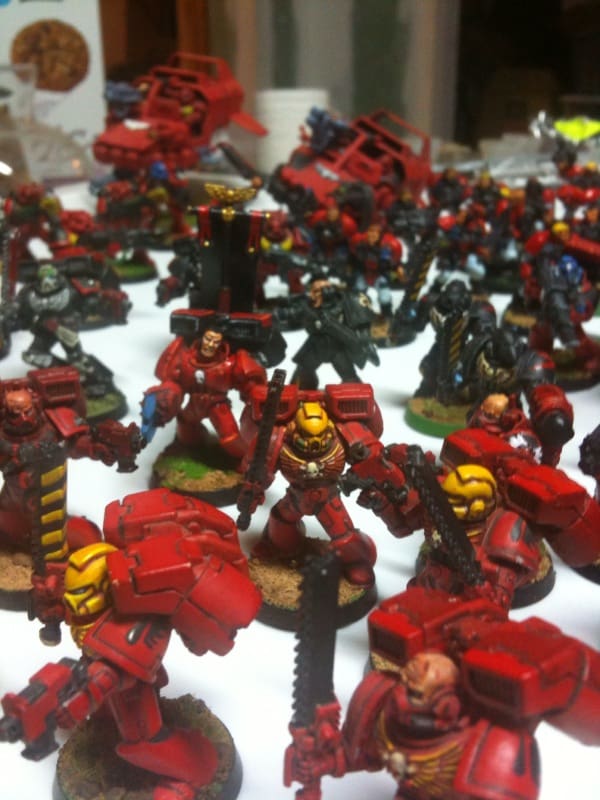 MBG here with another guest article by TPM Blood Angel; “To Mech or Not to Mech? Part II”

Troops and Elite Choices – I included them together because they are essentially the same.

Ok, I’ve been messing around with army list builds and based on some feedback from a few other ghost face killas I’ve put together the list below.

Corbulo is pretty critical to the BA list his re-roll ability can seriously swing the pace of the game. In order to get him on the table you pretty much have to take a transport of some kind. To accomplish this I decided to take two of the 5 man assault squads with razorbacks from the previous list. You get a lot of fire power for 195 pts.

If you get first turn then you can set these guys up in a wall formation and hide your jump pack squads behind them.

For the rest of the troops I went with jump packs. For jump packs you are going to be able to field three 10 man squads each with two meltas and a power fist.

At this point you’ve got a rock solid Troop selection. Corbulo rides in one of the razorbacks. If you don’t get first turn then you just hold everything in reserve. With the Decent of Angels rule you are reliably going to get almost everything in that really matters (the jump packs) on turn two or three. The razorbacks aren’t going to come on as reliably but you don’t really care about that because;

You also have a few points to include another priest with a jump pack to fly with the assault squads. His Furious Charge/ Feel No Pain bubble can be used as a stop gap across a few units if you place them right until Corbulo catches up later.

You really don’t want to get your priests in combat that often. Basically, you want to make sure you are going to wipe the unit you’re charging out before you ever try and include a priest in the fray. They are somewhat fragile and they are such a huge force multiplier that you need to be pretty smart with them.

Note: If you are facing a guard army with a mystic, and at any given tournament you will, then remember to place your deep striking strategically. Average roll on 4d6 is around 14 inches. With the jump pack movement for assault – 18 inches – you have plenty of distance to be able to drop your guys safely and then run if you need to get a little closer. Don’t get too crazy and drop a 235+ pnt squad down to get vaporized by an Executioner.

Shock and awe is trendy these days so shoot for the moon. Having a Psyhic-Hood these days is somewhat critical with almost every codex getting crazy psychic powers added to it.

There are no better P-Hoods in the BA dex other than Mepheston. This guy is a truck- a close combat monster. Others have preached his virtues so I’ll skip a few of the details but he basically begs your opponents to shoot high power long range fire at him. You skirt him behind cover in the form of your razorbacks, terrain or your own troops before you launch him into whatever close combat you can find. He can even wreck vehicle squads like a daemon prince (STR 6+). You can also start him on the board because he’s ‘troop sized’ he can be most likely easily hidden behind some sort of terrain feature to block line of sight to him.

What other HQ choice should you take you ask? The Sanguinor. This guy is also a truck and rivals daemon prince power levels. In addition to his force multiplier quality of giving every unit around him plus 1 attack he also turns one Sarg into a mini captain. He is also a mean enemy HQ killer. Like Mepheston, he also begs your opponents to shoot at him. With a 3+ save and eternal warrior he is going to be around a very long time.

If your enemy ignores either of these two HQ choices then he is in serious trouble. You want your enemy having to deal with these guys while your 5 troop choices are playing clean up behind them, securing objectives or taking out some of the softer targets.

To sum up we’re looking at:

If you wanted to go completely non mech then that is do-able too, but I think you’d have to drop Corbulo and lose the double shot at going first – or second if you want. You could them bulk out those first two assault squads and have something close to 50+ pairs of boots on the ground strapped to rocket packs all with Furious Charge and Feel No Pain.

That sort of mobility should let you control the pace of the game and give you the chance to maximize your +1 attack bubble from the Sanguinor.

I can already hear some people thinking ‘I’ll just lash this or that.’ Not too concerned with the Lash. If you face double lash and it’s not a kill point mission then you’ll be combat squaded so at most they will moving around 5 to 10 marines a turn. If not then you’ve got the LD10 p-hood and two extremely efficient character killers who will make bee lines to the enemy and deal with those two sorcerers, even if they are daemon princes.

Guard are still an issue because they simply have a TON of shots and if they are hitting with their pie plates or blast templates then you are going to have a rough day. The key here is taking out their heavy hitters early. This can be done with precision deep striking with decent of angels and the meltas your squads will be toting. You’ll also want to get a little crafty in the form of jumping behind their chimeras before shooting or assaulting them in an effort to prevent them from being able to disembark after your wreck them.

Orks and other horde armies are simply not an issue. Orks have very few weapons with any sort of AP so your Feel No Pain will be the game winner. Who cares about battle wagon spam? You shouldn’t, beacuse you can wreck them either with the many melta guns you have or by just assaulting them with your superior range. You might have to sacrifice a 5 man squad to do so because you want them out of their rides on their side of the table.  Then hit them in assault, instead of them getting out and then assaulting you on their turn.

Anyway, I feel like I am starting to digress a bit but you get the gist.

Blood for the bl… errr.. I mean Praise be to the Emperor!

Two well explained lists from TPM Blood Angel, what do you think? To Mech or Not to Mech? 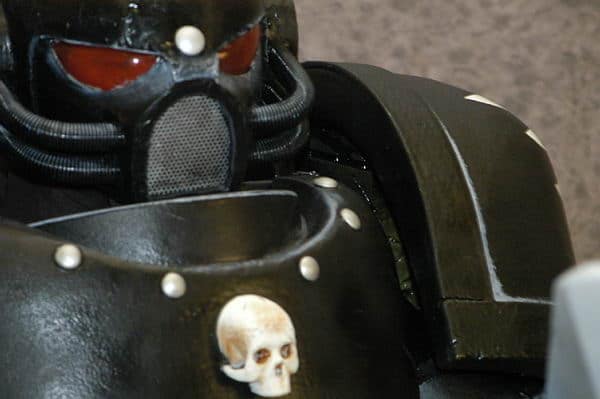 PREV ARTICLE
« New Blood Angels – To Mech or Not to Mech? 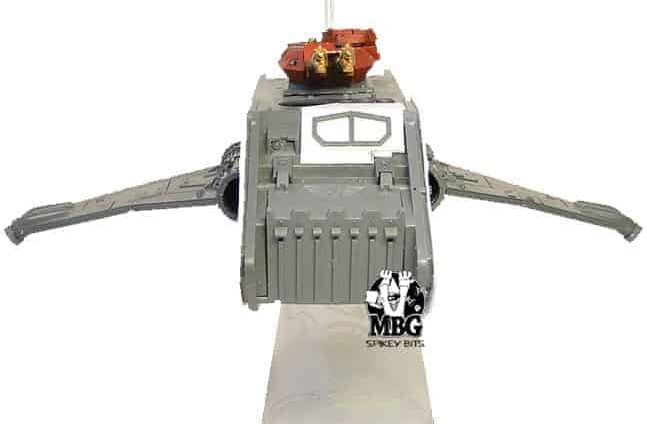 NEXT ARTICLE
Conversion Corner- Blood Angels Stormraven Gunship WIP »
If you buy something from a link on our site, we may earn a commision. See our ethics statement.