Now that things have settled down around the new store, Spikey Bits is getting back to normal. I just finished up the Stormraven, and started up on a Fantasy army for 8th Edition- more on that soon! Be sure to checkout the store blog at www.ftwgames.net -MBG

I think the short answer is that a lot of people are trying to make their old angels work with the new codex. This isn’t going to happen. The codex is full of ways to use every figure you’ve ever owned as a blood angel player but you’ll never see those armies on the top tables.

Right now, while mystics are still in the game, I believe the best list is still the all mechanized variant with either 50 marines in rhinos (or maybe 4 rhinos and a land raider or some other combination of rhinos and LRs) or 20 assault marines in Razorbacks backed up by a full 10 man squad of jump packs w/ a chaplain.

There are also some people who are holding out against using the special characters. STOP IT!

The new big slick (Ace/King poker term) for BAs is Mephiston and The Sanguinor. These two present an awesome tag team combo that your enemy is forced to deal with. They are both completely worth their points. Bad rolling aside they will ALWAYS get work done on the table top.

I took BAs to ard boyz last week and I know those point levels are inflated compared to ‘normal games’ but it doesn’t downplay the usefulness of these two characters.

Mephiston hiding behind a rock endured two rounds of tau gunfire. He was the only thing I started on the table – choosing to place the rest of my army in reserve to DOA down in combat squads.

I could have placed him in reserves as well and ran him on from the table edge. Instead I decided to get a little baalsy ( lol;- catch that?) and see what he could do. I figured it would be a big benefit to me to get him in the tau line ASAP and start using devilfish wrecks as cover. The tau guy went first, shot his entire army at Meph failing to cause a wound. I jump Meph forward (again behind a rock) and again face the wrath of the tau guns at the top of two. Meph unfortunately does suffer a couple of wounds at this point but by then it was too late. Bottom of two my entire army is in his grill (Sanguinor included). Mephiston did end up taking a brief dirt nap only to be resurrected to wreck faces in the next game claiming multiple carnifexes and tervigons despite being under Shadows of the Warp.

In all fairness Mephiston did die, and died hard, to a charge from flying nid warriors with lash whips, bone swords, poison sacks and a few other upgrades in the third round vs Mr. Black. (yep, faced back to back nids) This was more due to a mis-calculation on my part. It was a situation where I could/should have charged the Sanguinor into that unit before they could have charged me but I thought he was out of range. For kicks we measured before I moved and I would have had it by a quarter of an inch!!!! Reaffirmed a lesson I learned long ago.. Blood Angels are baals to the wall (did it again). Charge smart.

Mephiston is small enough, mostly due to not getting a resculpt, to hide behind almost everything. So even though he is not an IC he can find protection against shooting from almost every other model or terrain piece you are ever going to see. The beauty of it is that even if he does get left out there with his little angel hanging in the wind he’s still tough 6 and has a 2+ regular armor save.

On a side note, each and every time someone tried to wound Meph I had to remind them that his toughness was 6. It’s so damn high for such a small figure that it doesn’t sink in to anyone’s brain. He is, bar none, the best daemon prince in the game. 😀

Transfixing Gaze – nuff said. You got an enemy IC problem? Meph can solve it.

Pretty much a replay of every conversation in every round of play.

Give into the call – TAKE MEPHISTON!

He can do three powers a turn – that is player turn ladies and gentlemen thanks to a clarification in the BBB.

Whether Mephiston is the Ace or the King in your list is up for you to decide. I’m calling him the Ace.

The Sanguinor is an awesome force multiplier. His ability to affect every unit within 6 inches of his is amazing. This type of ability is the main reason I take Pedro Kantor in my regular marine list. He makes people around him cooler. You are going to have this guy where the action is anyway so his aura of extra attacks works into perfect synergy with the rest of your list. When you place him next to Meph then that beat stick is getting 6 or 7 attacks every round of combat.

We’ve covered this before but he also makes one of your vet sarges a mini hero give him extra stats.

The Sanguinor is also an IC killing heat seeking missile. He can nominate one enemy IC and reroll hits and wounds against him. This bad boy rolls in with WS 8 – hitting most everything on threes and with str 6 wounding most things on 3+.. meaning he’s gonna hit and he’s gonna wound forcing your opponent to make a lot of saves, every round.

He is the finesse route to solving your enemy IC problems where as Mephiston is the brute force approach.

Your enemy absolutely has to shoot at these guys or divert their HtH units against them or they lose the game. There is no way to avoid trying to deal with these guys in some fashion or another. That added meta game bonus helps to completely justify their high point costs. Don’t be put off by the combined 525 points worth of HQ choices. It is 100% worth it for what they can do on the battle field.

So what do you think? -TPM 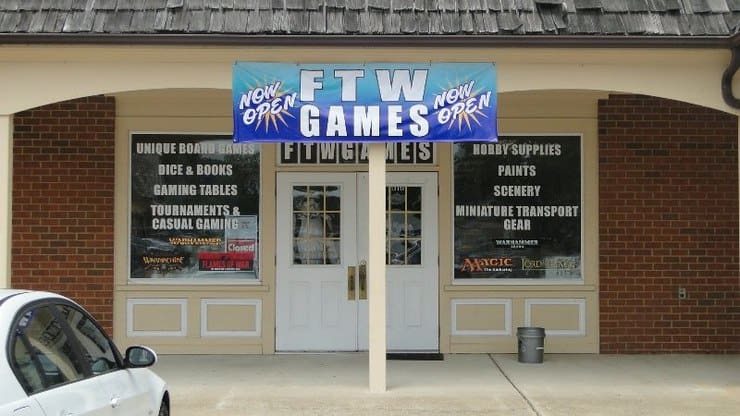 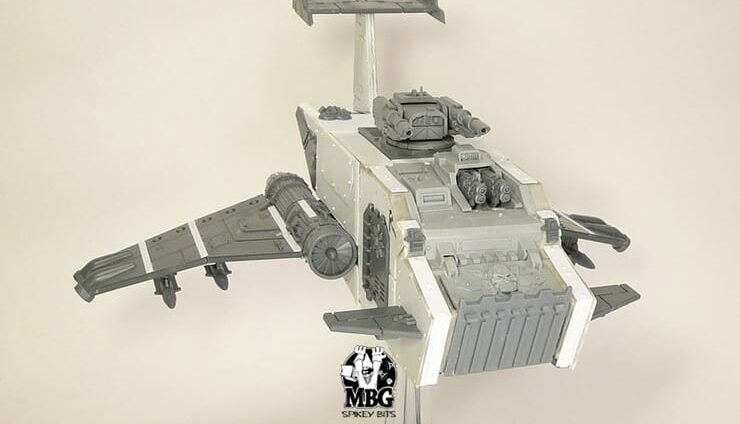 NEXT ARTICLE
Conversion Gallery- Blood Angels Stormraven Gunship MKII »
If you buy something from a link on our site, we may earn a commision. See our ethics statement.