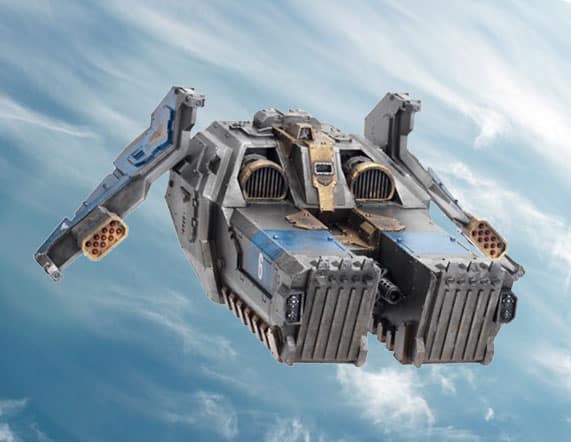 So I went ahead and ordered one of these bad boys from Forge World, because of it’s new rules in Imperial Armor Apocalypse Second Edition making it legal for 40k.

And because it’s now “40k Legal” I’m adding it to my Mechanicus themed Blood Angels (Iron Angels) that I made awhile back.

Forge World being legal for 40k is a whole ‘nother issue I haven’t been able to address as of yet.  But I really hope to get to it soon, cause I have some good opinions on the matter.

The 40k version of this vehicle loses it’s invulnerability to melta weaponry, BUT retains it 36″ movement and ten terminator transport capacity. It also now moves as a skimmer in 40k games,  but overall I’ll take the good with the bad there!

Assault Rams are void attack craft, intended to participate in close-range space boarding actions, that can also act as drop-assault vessels for direct orbital attack. There are many patterns of Assault Ram in use across the Imperium, but among the Space Marine Chapters, the multi-role Caestus is the most commonplace. Smaller than either the Thunderhawk Gunship or the Shark-class Boarding Torpedo, the patterns’ chief advantage is its speed and phenomenal durability which make it a highly resilient assault craft, even in the most fire-swept landing zones. Compact and heavily armoured, the Caestus Assault Ram is designed to survive direct collision with an enemy, leaving only ruin in its wake.
Model designed by Daren Parrwood. -Courtesy FW’s site

For now though, enjoy the video- this is a great kit. -MBG 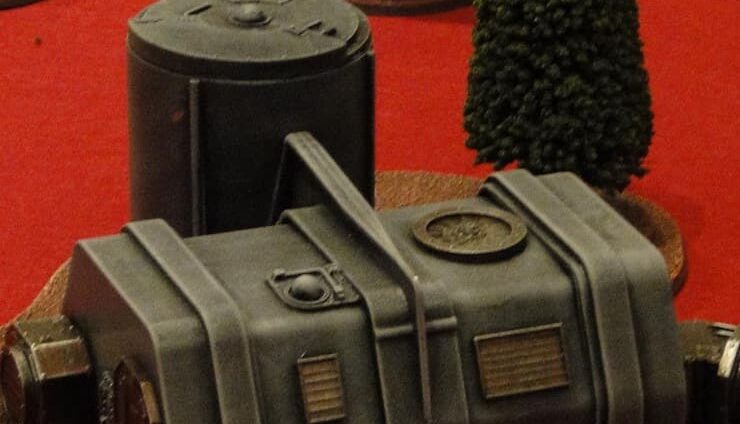 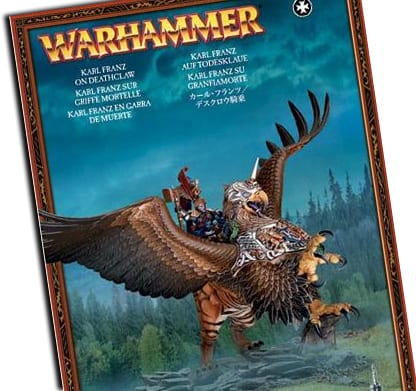 NEXT ARTICLE
Video Unboxing- Empire Karl Franz on Deathclaw »
If you buy something from a link on our site, we may earn a commision. See our ethics statement.