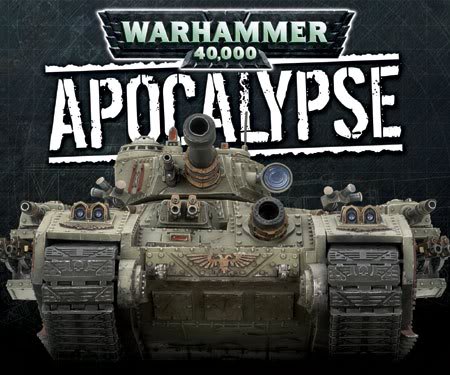 The rumors are flowing that Games Workshop will be releasing the second edition of Apocalypse later this year.

Loken just posted this up over on his Apocalypse 40k blog, but the birds have been chirping about this for a hot minute anyways. I am super excited for the new edition because, well like Loken says Apocalypse is kinda old.  But then again so are Black Templars, so I can’t really complain…

From Apocalypse 40k:
All of the Apocalypse formations have been pulled from the Games Workshop website (though available if you join the Apocalypse40K forum).  And various GW employees have said they were removed as they are obsolete and about to be replaced.  This is typical of GW upcoming releases: pull all the old merchandise from the shelves and get ready for the new wave.

Apocalypse is certainly the most successful GW expansion ever.  It has created a whole sub category of gamers, like myself, who only play big games now, and ever the average gamer has the ability to play in bigger games on special occasions.  More importantly to Games Workshop, is that Apocalypse is a huge driver of sales.  Games beef up their forces to ridiculous levels (I have have 25,000 points each of Space Marines and Imperial Guard now) and that means buying lots of models.  In fact Forge World has been singularly focused on creating models that were, up until recently, available to play with only in Apocalypse games.  Forge World was basically the Apocalypse model maker.

This year Forge World released the second edition of Imperial Armour Apocalypse.  It updated data sheets for lots of models and it also created a system that noted which models were acceptable in regular games of Warhammer 40,000 and which models were only available in games of Apocalypse.  So now an average gamer can add specific models from Forge World to their regular 40K forces.  Obviously this expands the game of 40K, but it also helps drive sales to gamers who previously only bought models they could use in regular 40K games. 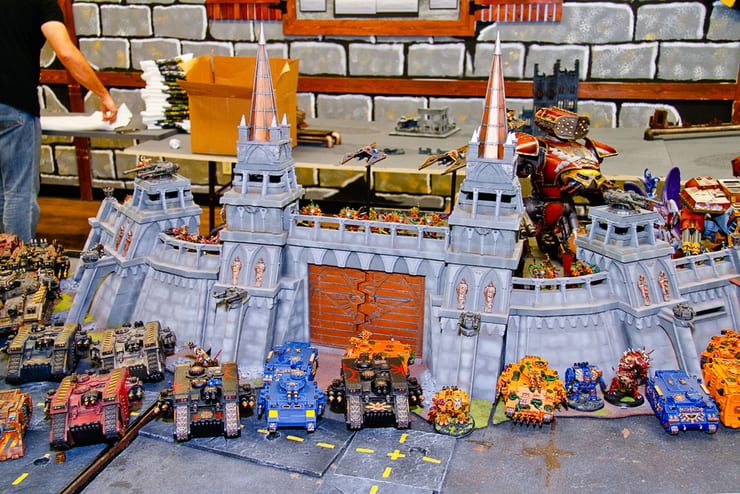 Now remember, Apocalypse was released at the end of fourth edition.  So it is now two editions old.  Gamers have adapted, and as I previously noted here, House Rules are critical to a well run Apocalypse game.  But the new rules in 6th edition, most notably the new vehicle damage rules, are not in the first edition of Apocalypse.  Forge World has released an FAQ and updates on their downloads section to help update the game.  Vehicles with structure points now get 3 hull points per structure point, which was the most important update.
So stay tuned for a new edition of Apocalypse.  And I certainly hope we see some new warmachine models, like the Baneblade or Ork Stompa we saw with the original release, with Second Edition.  Maybe the long rumored plastic Thunderhawk? 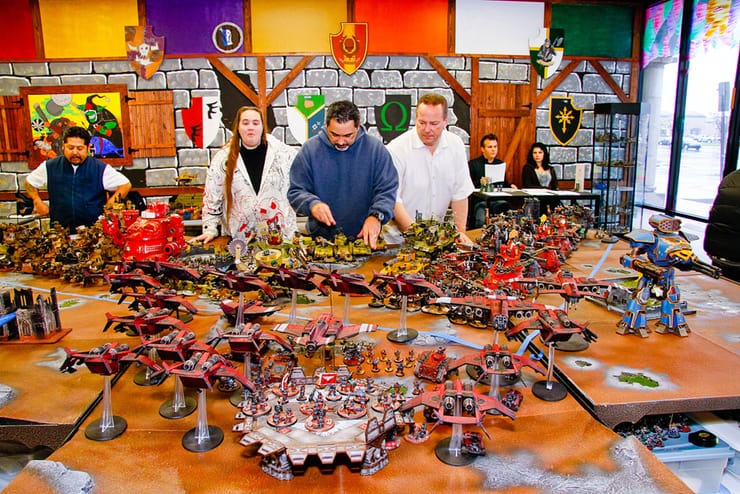 What changes have you made to your Apocalypse gaming for 6th Edition?
Alec 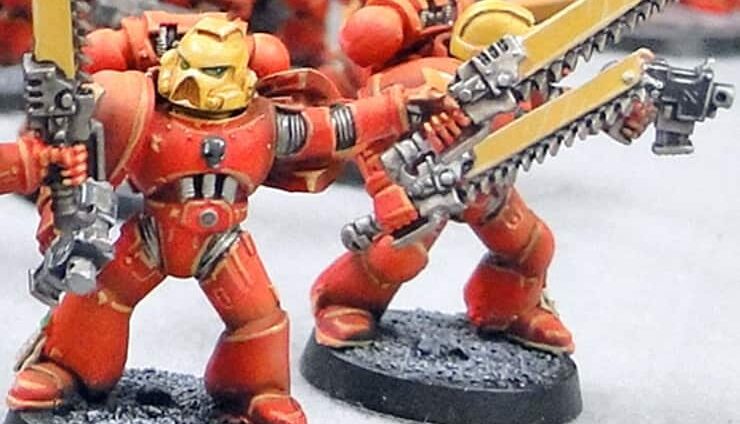 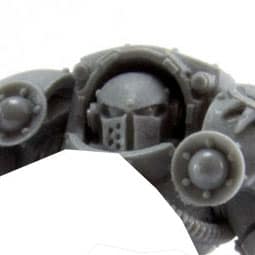 NEXT ARTICLE
Mortarion and Deathshroud Guard Coming Soon? »
If you buy something from a link on our site, we may earn a commision. See our ethics statement.