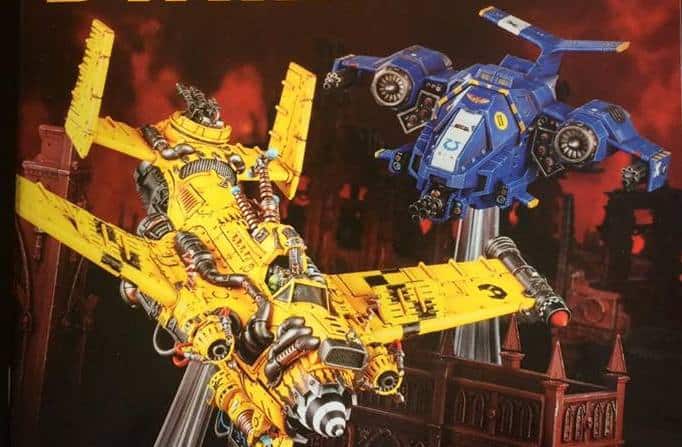 Dakka dakka dakka! It’s time to light the fires and kick the tires! Checkout the new FLYER issue of White Dwarf and all the new rules that are changing up 40k again!

This week’s White Dwarf not only has a slew of new rules for the games of 40k, BUT it introduces two great looking new flyer models as well. Plus once again it’s got a great Paint Splatter article, and a play by play dogfight battle report using the new Death From the Skies rules. 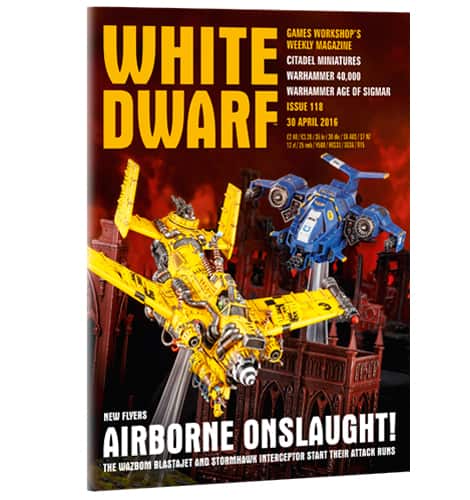 Look to the skies! White Dwarf 118 screams down from the scorched clouds with the lowdown on two fantastic new flyers for Warhammer 40,000. The Stormhawk Interceptor and the Wazbom Blastajet – one of them is an expression of Space Marine supremacy, and the other is a load of bits of metal bolted together in the shape of an aeroplane. Which one will win? Well, with Death From the Skies, the new supplement featuring new rules for flyers, you’ll be able to find out for yourself soon. For those who can’t wait, there’s a battle report in this issue! We’ve got a Paint Splatter featuring the Stormhawk Interceptor, a chat with the painter of this month’s Warhammer Visions Army of the Month, and the usual comment, opinion and reaction from The Week In White Dwarf. 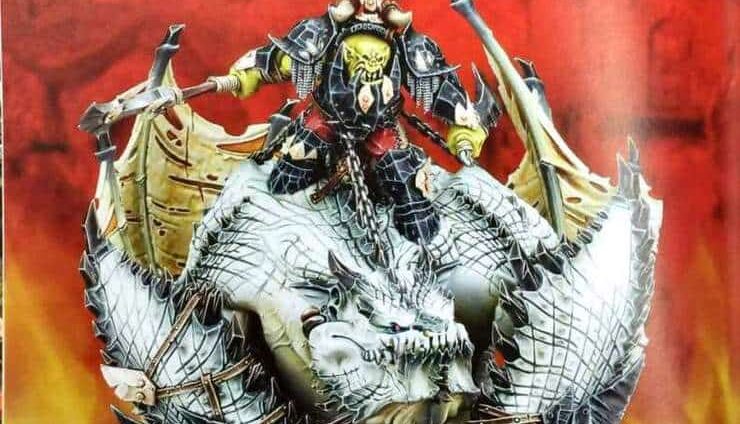 NEXT ARTICLE
FIRST LOOK – New Orruk Box Sets Review »
If you buy something from a link on our site, we may earn a commision. See our ethics statement.