There is more on the new “Exclusive” Horus Heresy Space Marine figure that was spotted earlier – exciting potential incoming!

From outside the Formosan spy network we received news today from a previously unsanctioned rogue trader:

Apply salt to taste for this one folks, however it does seem to line up with the image somewhat.

Word here in +++RETACTED+++ is that Games Workshop are looking to test run the selling of Forgeworld models in stores. I was informed by a store manager who was away last week for a staff meet up in +++RETACTED++, that they are looking to do a small test with the possible foresight of either stocking models directly in stores or making them available to be purchased through stores on the mail order and +++RETACTED+++. He mentioned to me about a Terminator model for 30k and said there was another model planned but files to mention what.

Here is the model that’s causing quite the sir. And if you kinda “fill in the banks” with the positioning of the words in the image you can make a few jumps at conclusions:

Looks like from the pictures to be a World Eater in modified Cataphractii armor with a glaive. From the text I am assuming that it says “while supplies last and “X date” June. Also the underneath may say Forge World or Games Workshop.uk as well. 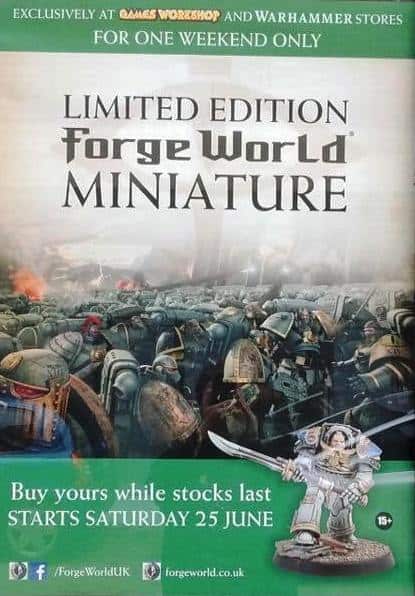 So what is it? Rest assured the Spikey Bits news network is on the case contacting Lord Coteaz of Formosa right meow.

Is FW expanding their reach to stores (finally)? 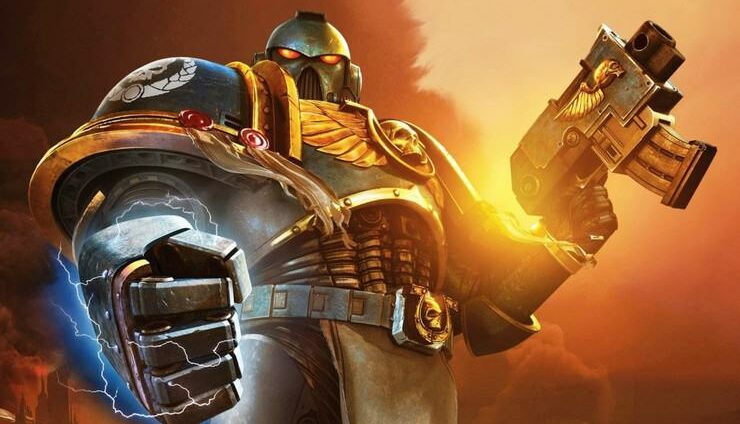 NEXT ARTICLE
It’s Official Forge World IS Coming to GW Stores Again! »
If you buy something from a link on our site, we may earn a commision. See our ethics statement.