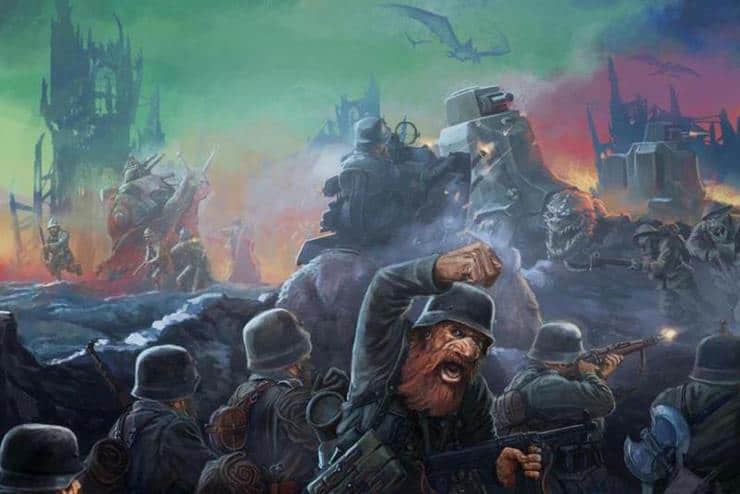 Hysterical Games is bringing a new game to Kickstarter and it has Dwarves and Orcs fighting in the skies in the on wyverns and war-eagles!

Hysterical Games is known for creating the world of Panzerfauste, a historo-fantasy miniatures games that takes famous races from fantasy and brings them into a world of 20th century mechanized combat. Now, they are bringing a new game to the Panzerfauste universe with Spitfyre. In Spitfyre, you will be able to have Dwarves and Orcs battling in the skies on wyverns and war-eagles. here is what Hysterical Games had to say about Spitfyre.

Spitfyre is an air wargame set in the world of Panzerfäuste. It features Dwarf piloted war-eagles and dive bomber vultures against the Orc piloted fighter wyverns. Typical games will see a player control one or two flights of air beasts, a flight normally consisting of three or four models. Unlike Panzerfäuste which is 28mm scale, we will be producing the Spitfyre miniatures in 10mm scale (1/200th). The wingspan of a fighter air beast is typically between 5 and 6cm across in this scale. 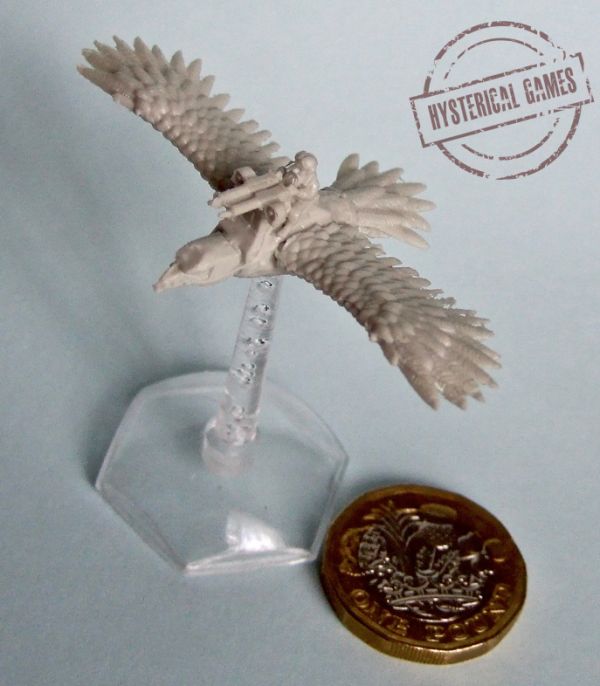 First off whilst 28mm scale models whilst looking visually impressive would cost a small fortune and you would need a very large playing area so that was not a practical solution. Second, at some time in the future we would like to do an “epic” size Panzerfäuste game and felt that 10mm, given some races are smaller than a human (the 10mm measure) that it was a better around choice than 6mm (1/300th) – can you imagine a 6mm scale Gnome? Making the Spitfyre models the same scale as the future “epic” game was a logical decision so the models could be used in both.

The original idea was that we would release Spitfyre as our second annual “beer & pretzels” game in the Panzerfäuste universe, with a flight of three Orc Spitfyre dragons and a flight of four Dwarf War-Eagles and a small set of rules for them. However we got really excited about the idea and wanted to include some more of the ideas and designs that are in the Panzerfäuste background in this set, like the Dwarf Vulture dive bomber, so we thought a small Kickstarter would help see if our enthusiasm for the idea was shared by other gamers. 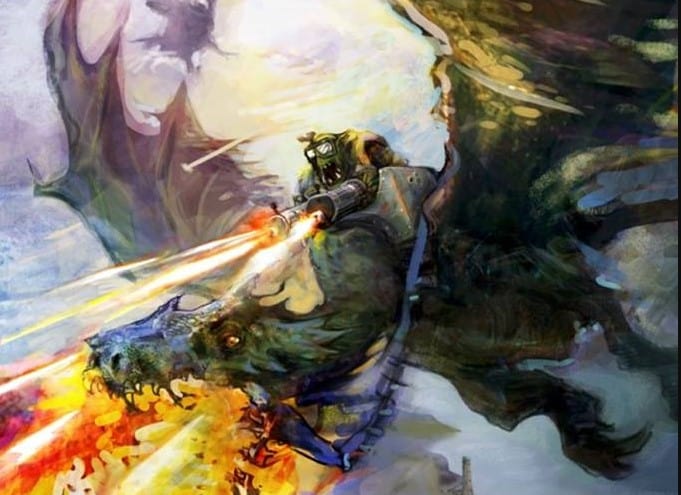 Additionally, for good or bad, Kickstarter is now the best way to launch a product, no matter how small. We didn’t use Kickstarter as a launch platform for Futbowel last year and despite it being a great game, popular with those who play it, it wasn’t as successful as we had hoped.

The Spitfyre Kickstarter has already begun and will go on for 14 days. News and updates on Spitfyre can be found on their Facebook page.

For more on Spitfyre and the world of Panzerfauste. visit Hysterical Games! 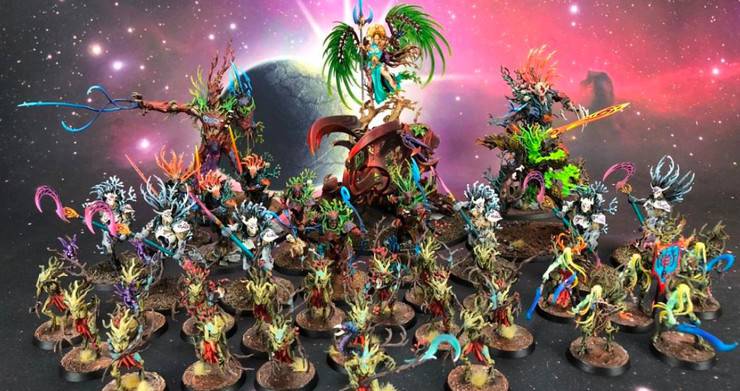 NEXT ARTICLE
Get Painted Figs & More: NOV Miniature Crate »
If you buy something from a link on our site, we may earn a commision. See our ethics statement.