Get to the Choppa- Orky Conversion 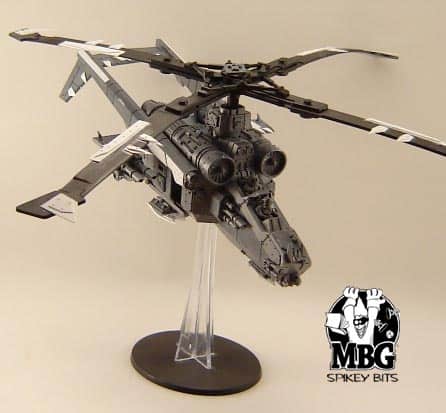 Here is a closer look at my Vendetta “Choppas” for my Orky Guard army.

Of course I started out with the normal kit, and supplemented it a bit.  I had a few pieces left over from some Valkyrie jet conversions I did a while back. (more on those soon!)

So I splashed a few extra bits from another Valkyrie kit in here. The wings are actually the rear tail stabilizer cut in half, with magnets for the weapon mounts.Once that was done I noticed the body was a little unstable sitting on the ground so I added an extra landing skid from the removed wings. As you can see the rear vertical stabilizers have been removed for the prop to have clearance to spin.  A lot of people comment on the lack of a rear prop, but the Orks don’t care it all flies the same for them. 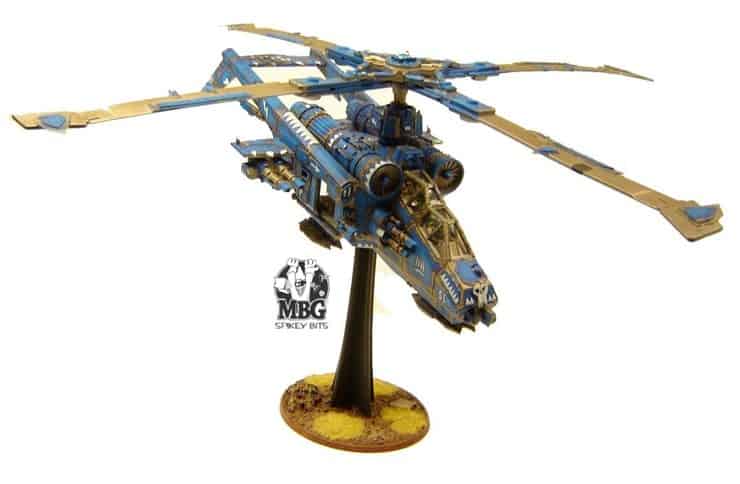 The propeller itself is from a fake GI Joe toy I got from Wal-Mart for $10.  Pretty good price for just the right bit I needed if you ask me. The propellers actually fold up into a smaller “x” for storage as well. 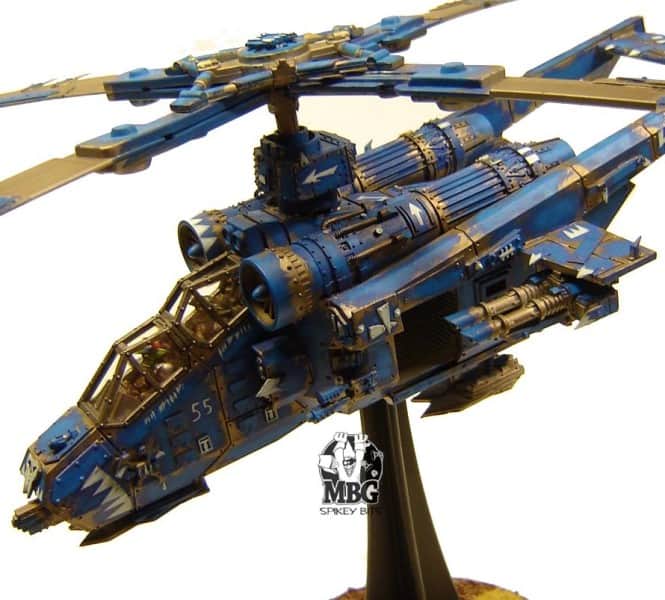 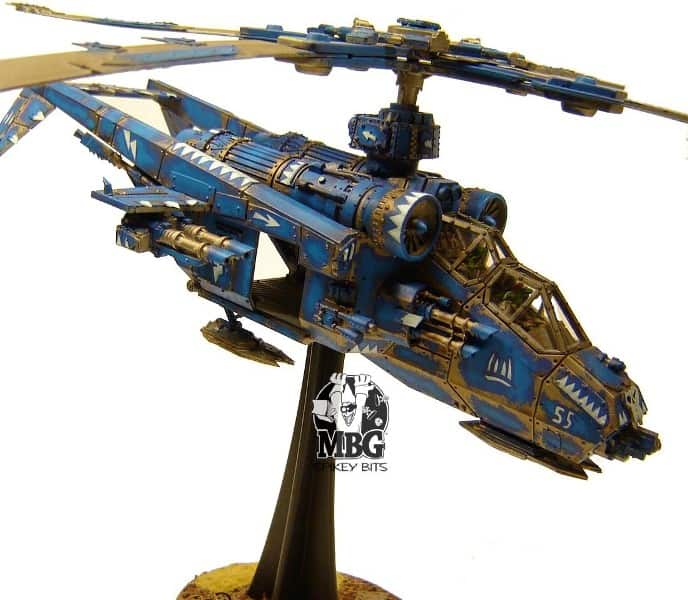 The overall details were just a good splash of plastic card triangles and glyphs all over to make it proper Orky. I also used a leather punch to make rivets in the plates so they blended in with the overall theme. 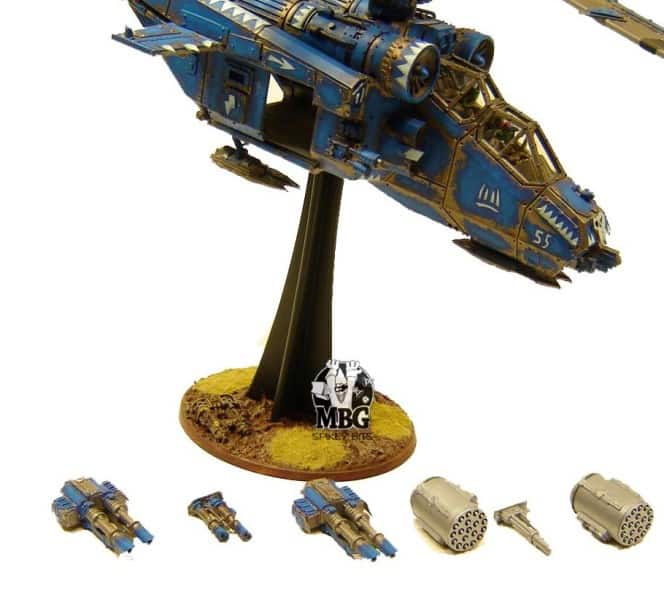 When I was working on my list I wasn’t sure if I was going to go with Vendetta or Valkyrie, so lol I decided to do both, and magnetized up all the weapon options. Last but certainly not least was the Gretchin pilots. I just used some spare heads from the Stompa and Grot boxes to give them that Top Gun look. 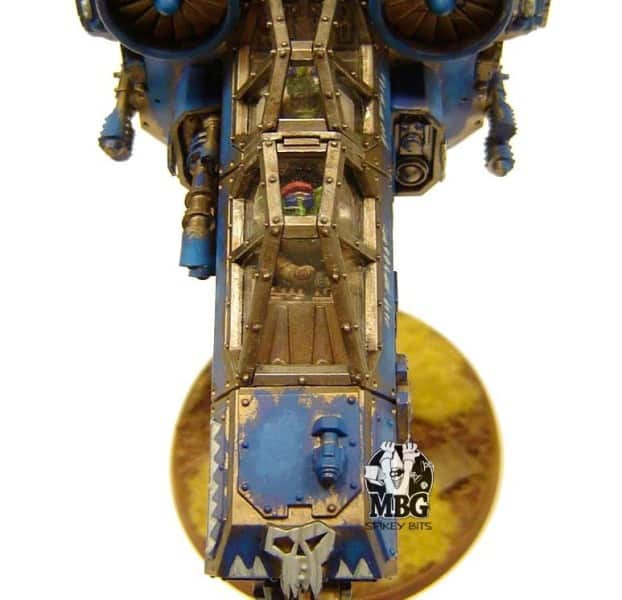 So that’s pretty much it. I’m planning to do some more work to these guys, so check back soon for the latest! 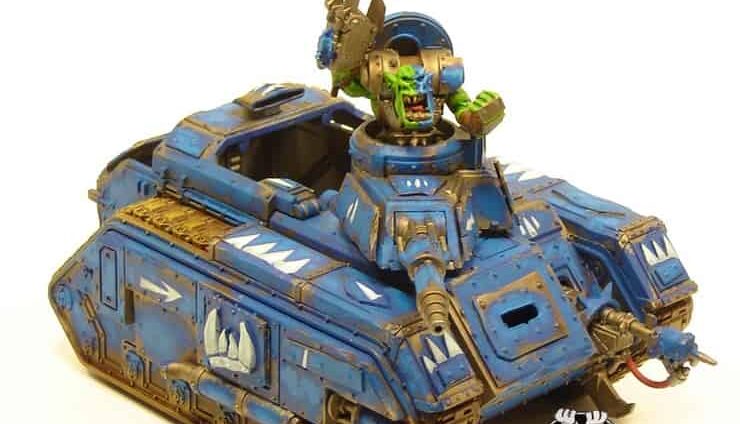 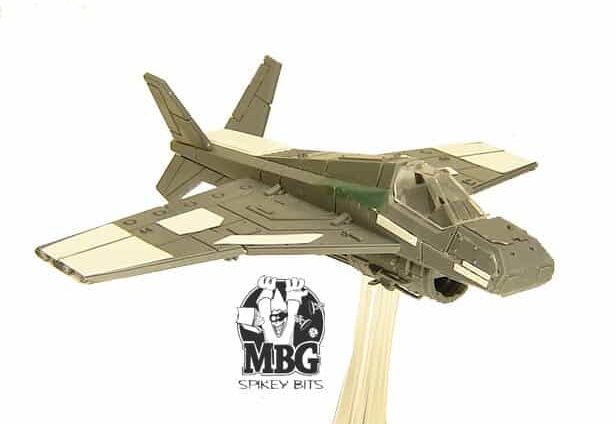 NEXT ARTICLE
On a Steel Horse I Ride- Valkyrie Jet Conversion »
If you buy something from a link on our site, we may earn a commision. See our ethics statement.