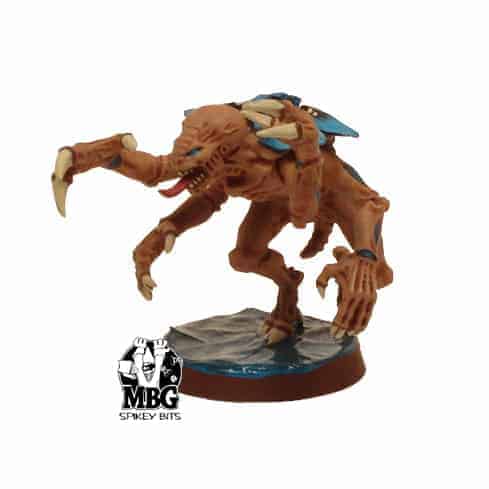 I’m back with part two of my Tyranid play tests. I’ve learned a lot so far about these guys and how they work.  So far I’ve been working with the swarm mentality, but after these last games I’m beginning to think that some spores may be necessary to take down Mech lists that are designed to stand off (like my Looted Mech Guard) in any sort of a timely fashion.

Game 3 was at Time Warp Comics and Games in Ashland, VA.  I met a cool dude named Jake, who really seemed to know the game, and his army. He was fielding Mech Orks with several Battlewagons, Trukks and Gun Wagons, and oh yeah Ghazghkull Thraka.

I knew from the onset this would be a good game, because Orks especially with Ghaz can pound some face. Plus I really felt I had this list optimized to at least hold its own against Mech.

So we played pitched battle, and he got the first turn.  His set up was simple but effective; Battlewagon 1 and Two trukks on his right flank, staggered by another Battlewagon towards his mid table and another trukk. The Gun Wagons were set up directly across the middle line to get good LOS on my formation.

I set up with the Tyrant squad in the middle of the table to I react quick to anything that punched my line, with my warriors on my left, ‘Fexes on my right. I put the Zoes behind the Carnifexes to zap at his wagons, and keep the synapse on the right half if my Tyrant engaged left.  The Venomthrope was strategically placed in the center of it all, within 6″ of all my squads. I threw Termagant screens in front of the Warriors and Fexes to try to thwart any Orky assaults. The hive guard supported the Tyrant.

He rushed at me with everything, I nuked any armor that got with the 18″ of my ‘fexes and Zoes. The Hive Guard blasted what they could but bounced off due to some bad rolls. He hit with the Battlewagon on the flank and nuked my Hormagaunts that were there.  Then his trukk with Ghaz and his Nobz hit and the Tyrant stepped up and won combat due to Paroxysm, and perfered enemy.  Once the waaagh went away, and Ghaz lost his 2+ Invunerable, he was torn to pieces by the Tyrant.

I pretty much mopped up the rest of the army from there, but it wasn’t till turn 4 or 5 so it wasn’t a blow out or anything like that.  I was still happy with my bugz performance, especially the Tyrant whom is now a confirmed powerhouse of fury.

The next game I played was at Adventures Guild in Harrisonburg, PA. We showed up a day early for Cabin Fever GT ’10, and decided to get in a playtest game.  My opponent was long time Guard player AJ “Serious Offense” Nagle. He’s been playing guard for about 6 years now, so I thought it would be fun to line up against them again. After all that’s how the Hive Mind learns…..

I ran the same list above, which I’m officially dubbing “Blocks” cause that’s really just what it is, blocks of Nids that work together well, and can absorb a lot of damage that if they do.  Soon I’ll be splashing some spores, but for now Blocks it is

This is my first of hopefully many playtest videos. There is no cool music cause I’m trying not to piss off Google, but I still think it’s good.  LMK what you think about the video and my ‘Nid evolution thus far. 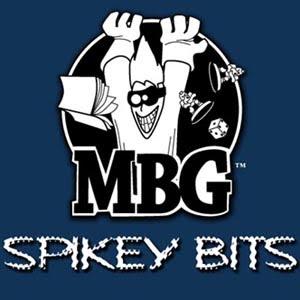 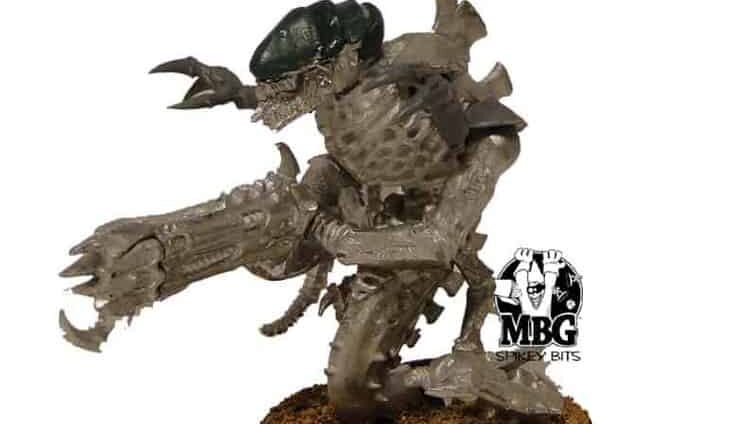 NEXT ARTICLE
Slithercannons- Tyranid Hive Guard Conversion »
If you buy something from a link on our site, we may earn a commision. See our ethics statement.