The Emperor, and His Custodes- Showcase 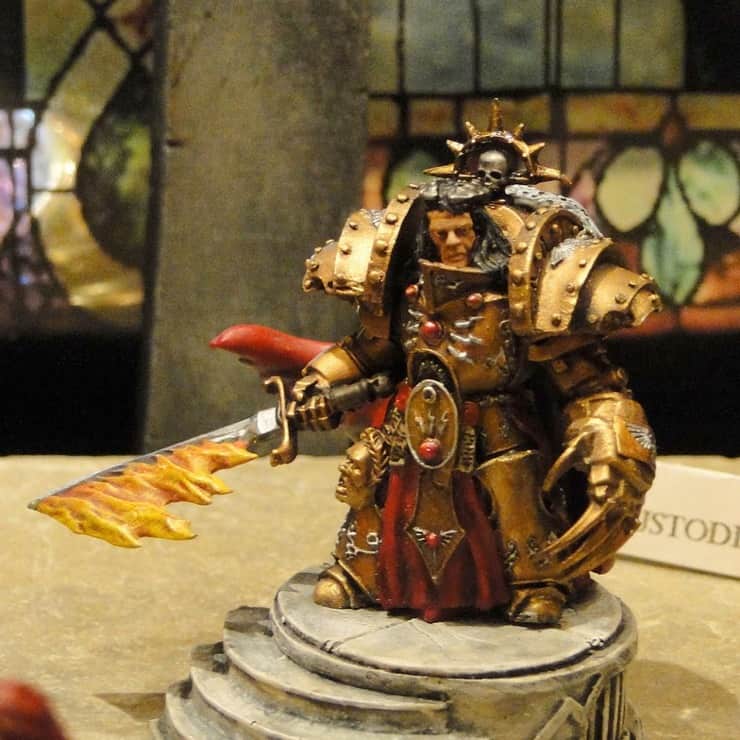 Welcome to Armies on Parade, where I display (in hopefully good detail) some great looking armies from major tournaments all across the United States.

If you click on the Armies on Parade label you’ll be able to scroll through some great looking armies, all at once.
It’s like you were at a major event yourself, all from the comfort of your home or smart phone!
Today we have for you an amazingly converted and painted Adeptus Custodes army by Charles Young. This army has been on my radar since last Wargames Con where I think they made their debut.  More recently however they were on display at Feast of Blades, and I finally had the chance to showcase them.

The Rhinos are the Mk1 kits from Chapterhouse Studios. Personally I prefer the new MK1 kit from Forge World myself, but I don’t think they were even out back then for Charles to use.

But the Contemptor Pattern Dreadnoughts were, and they look great!

The rest of the models are mixes of Games Workshop kits, Scibor, and Maxi-mini figures respectively.   Regardless of the mix of brands the army looks great, and has a solid cohesive theme throughout!

I also have a ton of pictures of Charles’s new version of the army from Adepticon 2012. Look for those soon!

Enjoy the picture spread below, he even labeled each model for us!  FOR THE EMPEROR!!! – Enjoy MBG 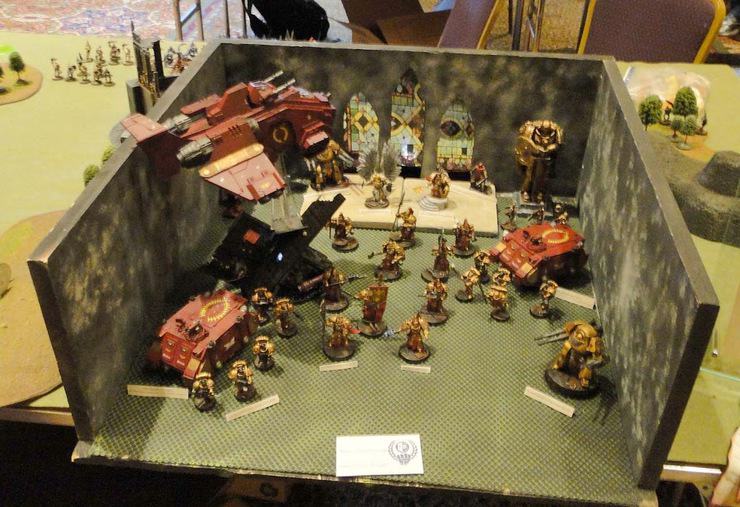 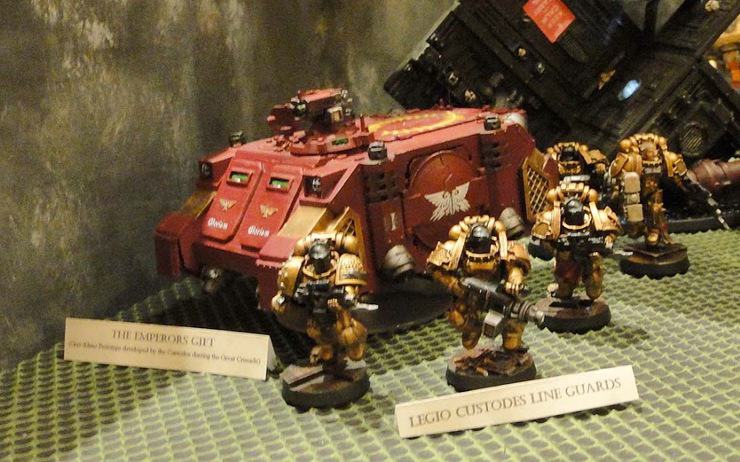 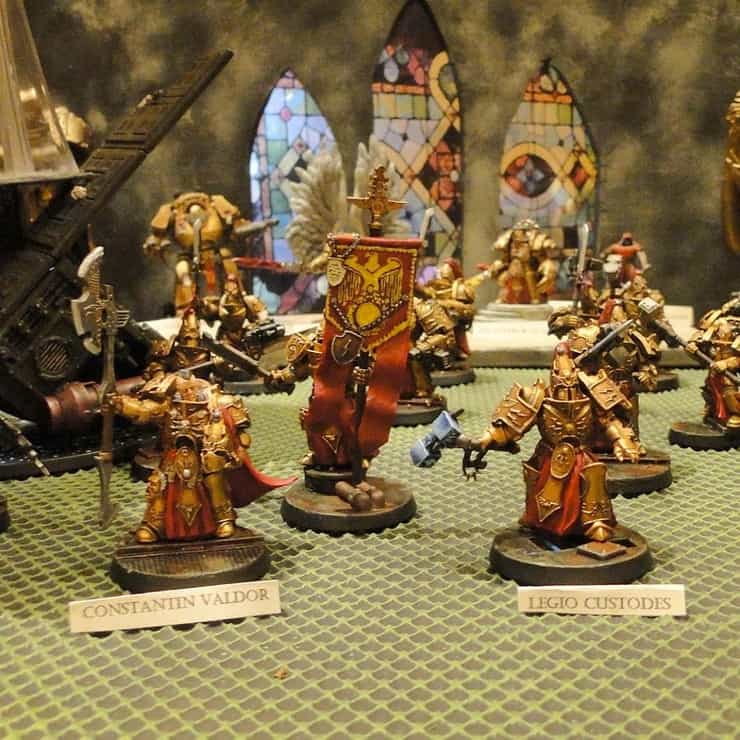 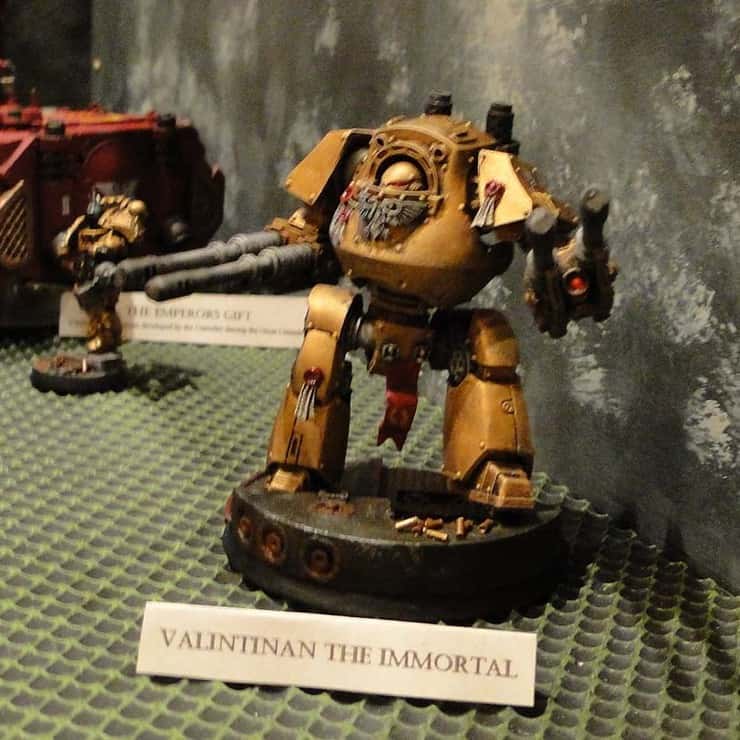 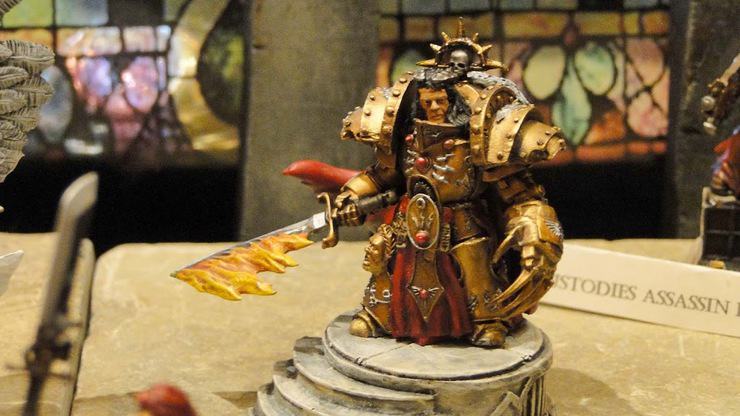 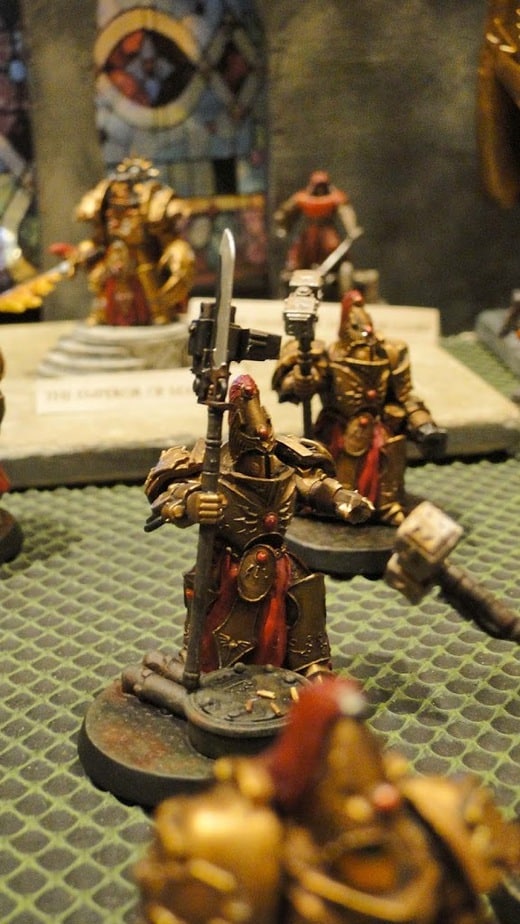 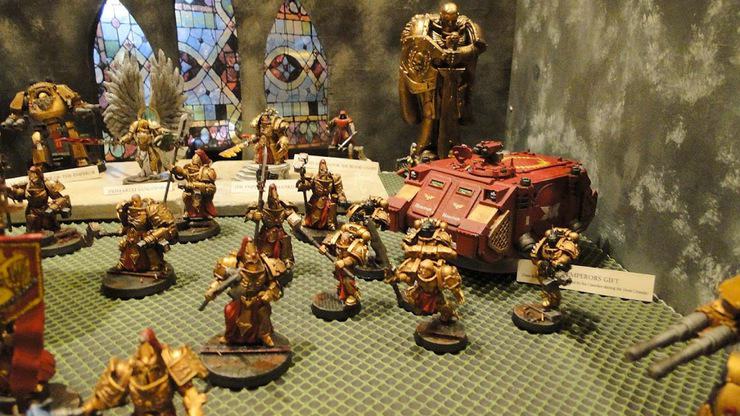 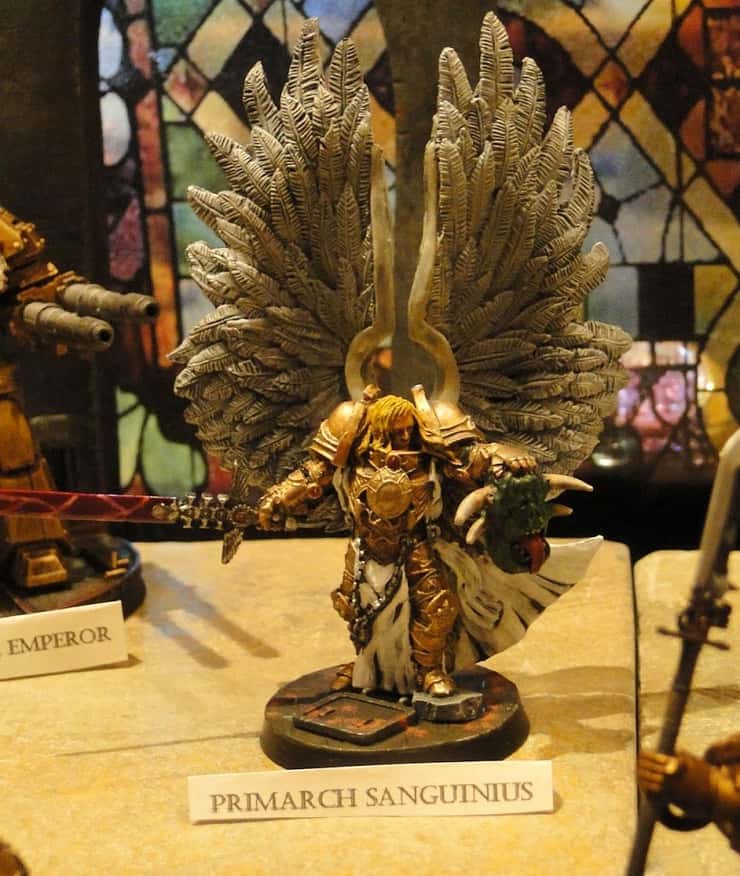 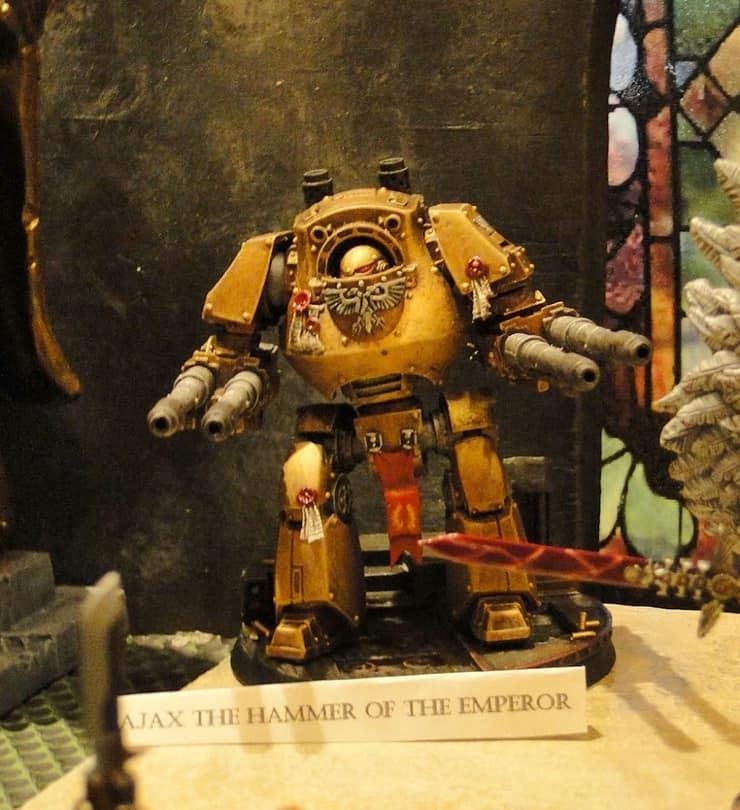 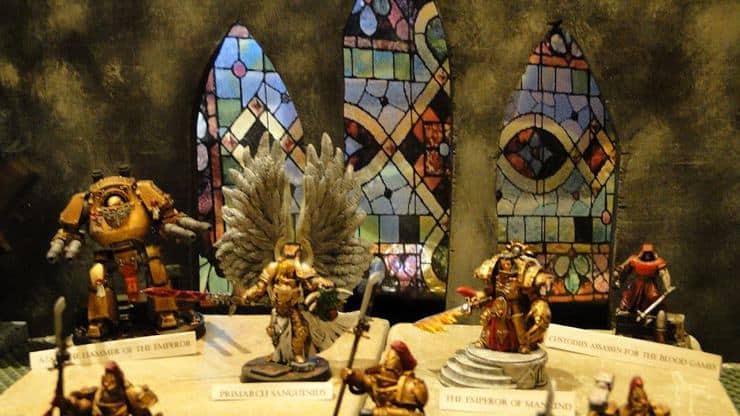 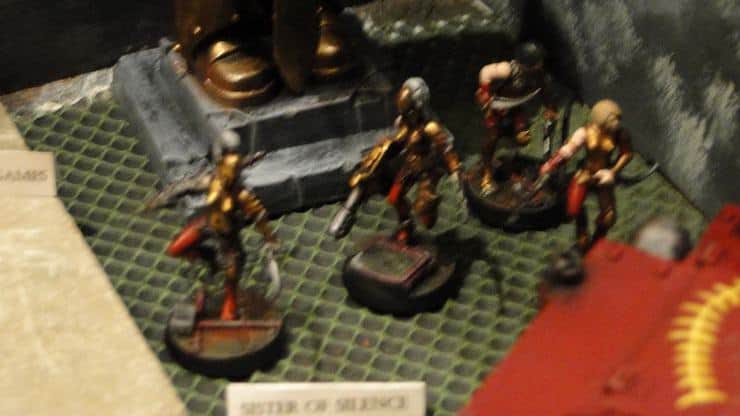 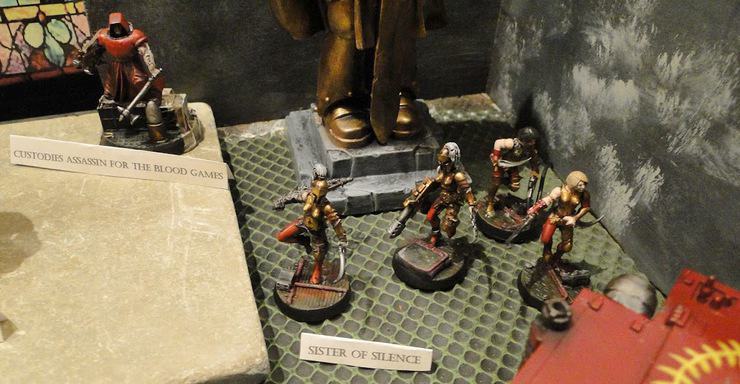 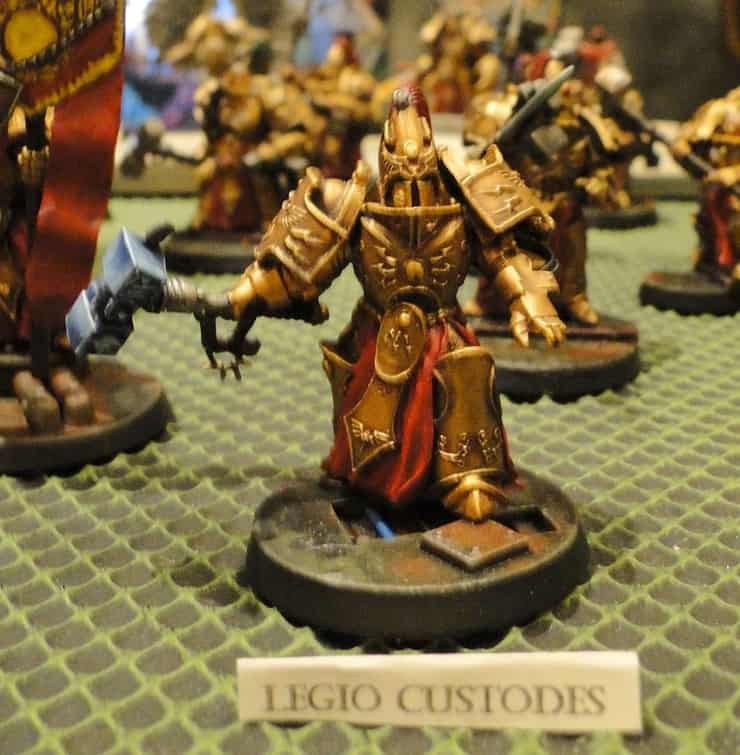 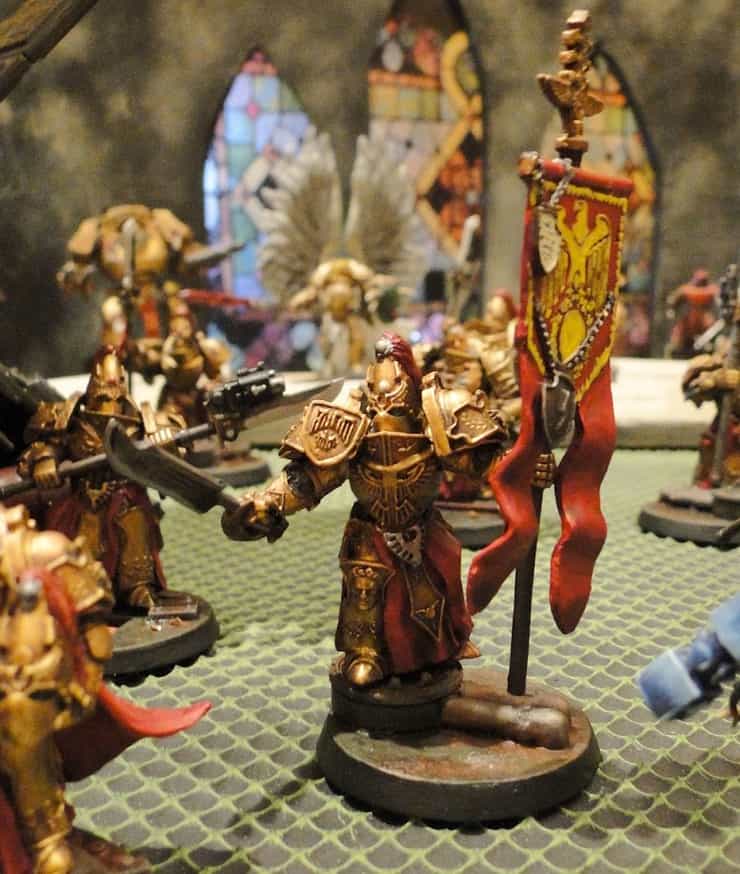 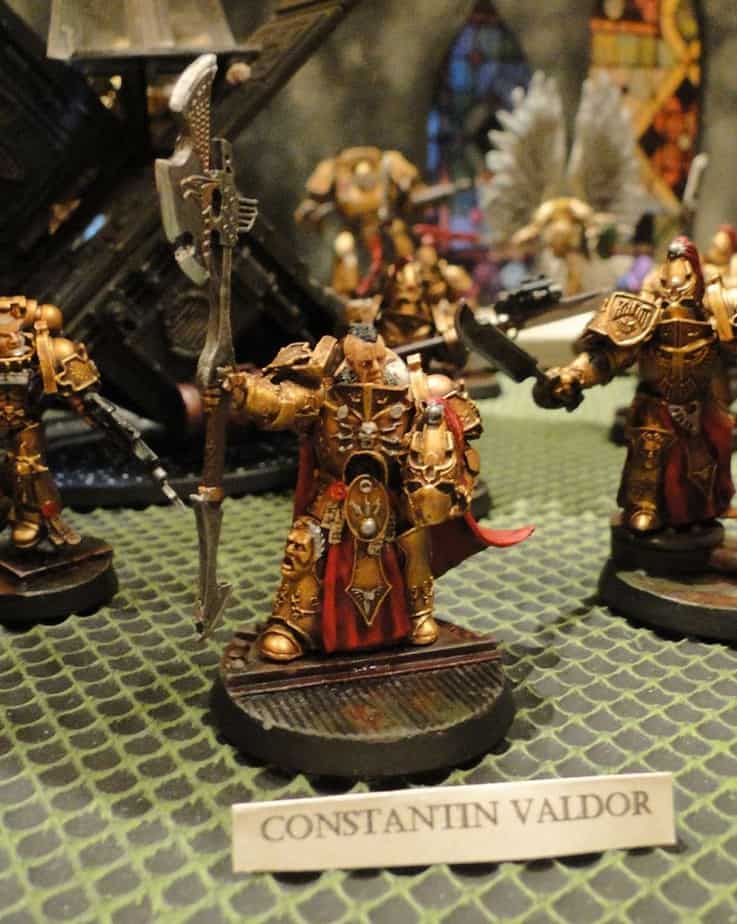 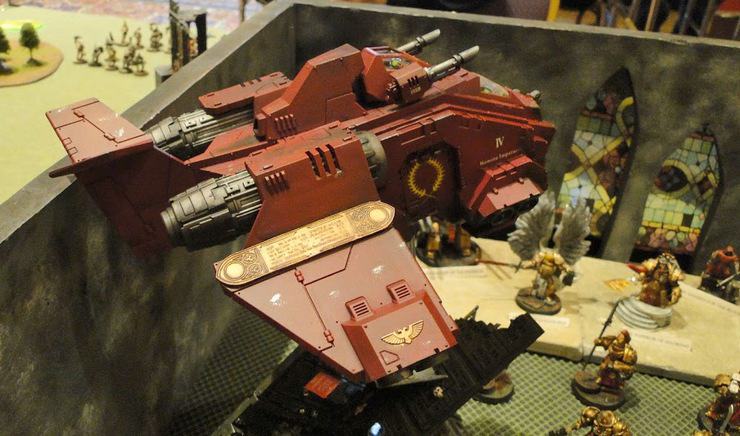 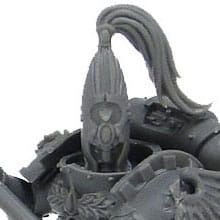 Checkout my article on how to convert them from exclusively Games Workshop kits. http://blog.spikeybits.com/2011/10/how-to-adeptus-custodes-conversion.html 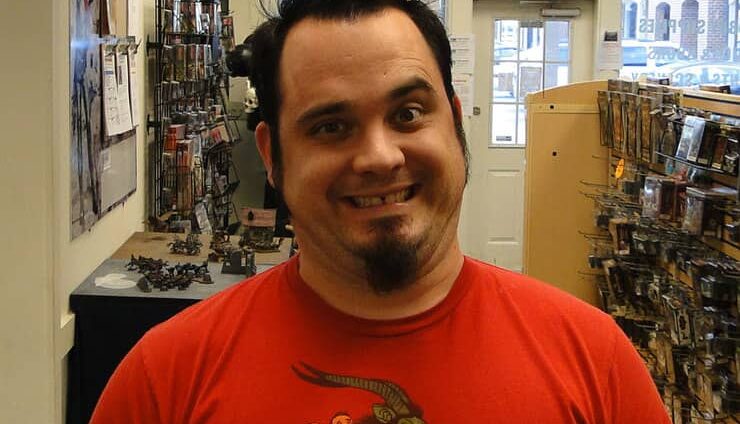 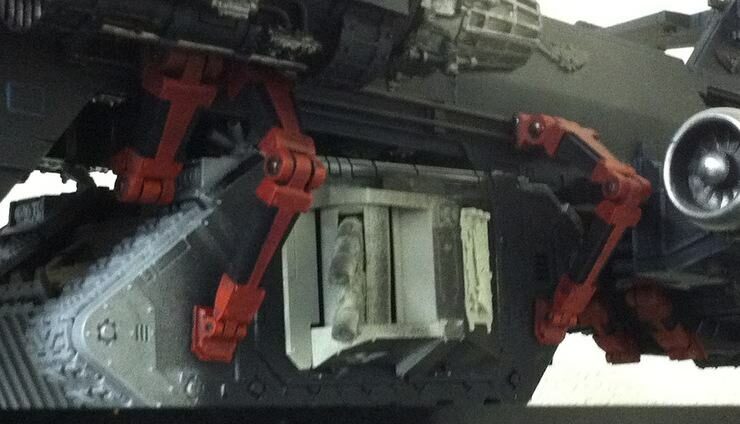 NEXT ARTICLE
Heavy Lifter- Thunderhawk Transport! »
If you buy something from a link on our site, we may earn a commision. See our ethics statement.