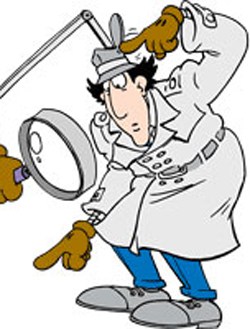 I’ve been studying this picture for a few days now, and can’t seem to place any of the components.

Either this is a whole new kit, or more amazing scratch builds like the “New Plastic Chaos Terminators” thread from last week. 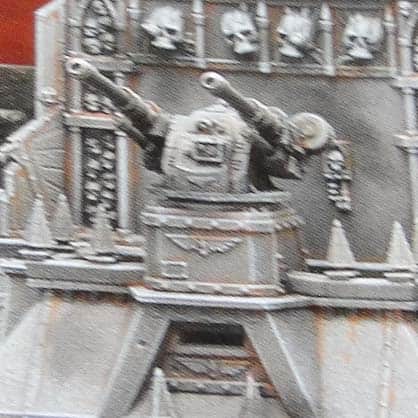 Here’s another potential gem in the hard to see picture from the Battle for Eagles Gate in the new Sixth Edition Rulebook.

This emplacements appears to be on the same mount as the Phalanx gun from the Aegis Defense line.  So with that being said, those sets of guns come mounted in two’s on each side vertically. So even if it was the Phalanx gun, the proportions are off, as well as the extended ammo drums, and barrel lengths.

The center of this assembly is also unknown, but bears the tale tale signs of 40k, like the Imperial Aquila, and targeting reticules.

Below are similar kits, none of which I think was used to make this emplacement (well besides the mount as you’ll see in the first picture). 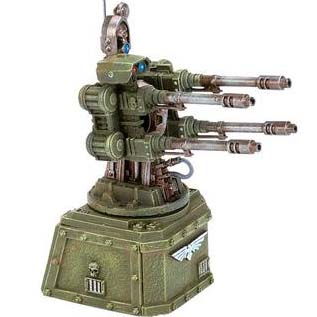 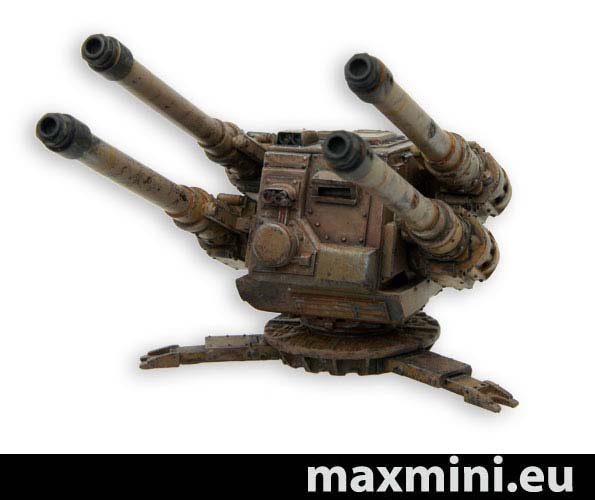 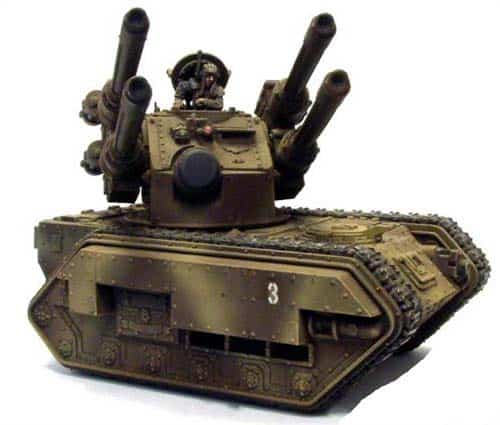 So from the looks of it, I think were looking at a new kit (or part of a new kit) or a completely elaborate conversion.  Either way I like it, as we’ll all be needing flyer defense soon enough! 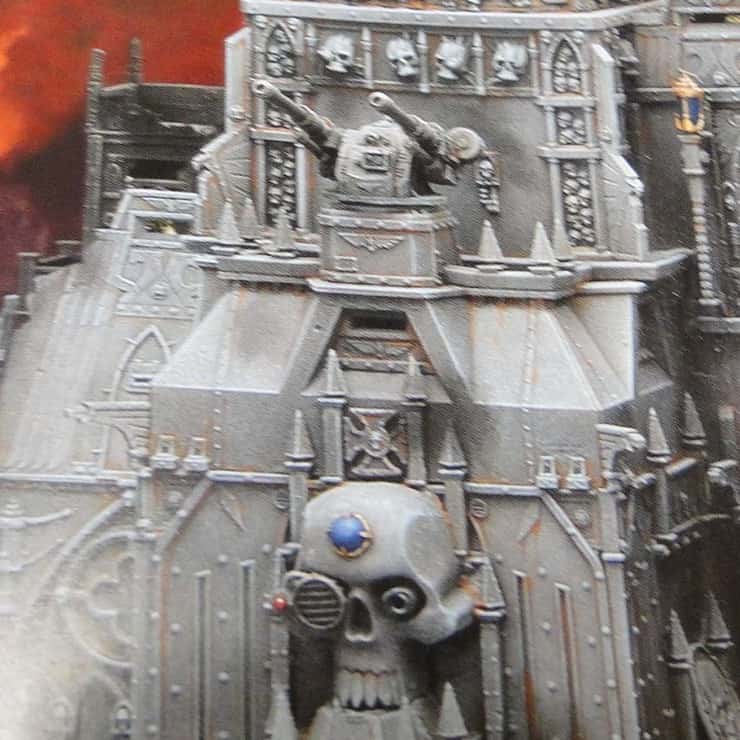 Then their is also the weird skull bit that you can see below the emplacement itself.  That could also be a new kit or a conversion as well using the Fantasy Skull terrain, and some 40k bits (see below)! 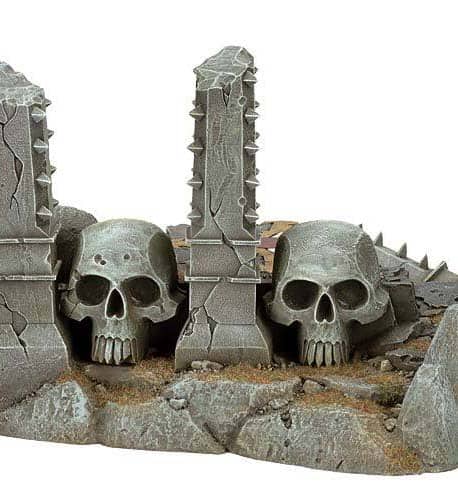 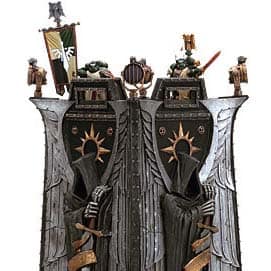 The other eye may feature a weapons barrel of some sort as well, besides the searchlight bit above.

So what do you think ?  New, or elaborate conversions in disguise?!! -MBG 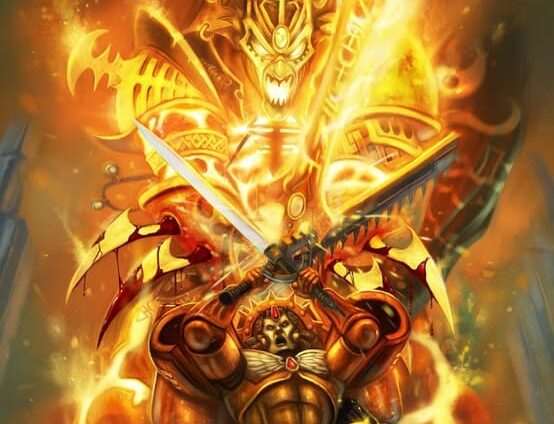 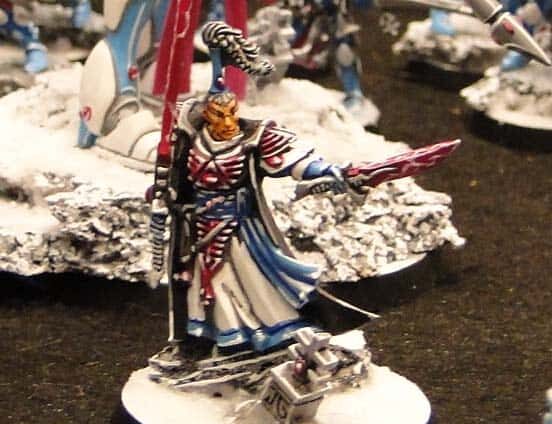 NEXT ARTICLE
Reece’s Amazing Blue Man Eldar- Adepticon 2012 »
If you buy something from a link on our site, we may earn a commision. See our ethics statement.