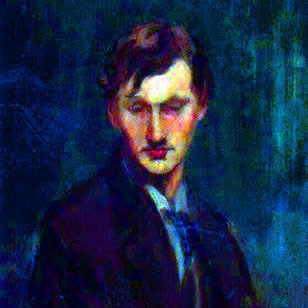 Yup turns out the real life inspiration for the Primarch of the Dark Angels turns out to be a man from England’s Victorian era, who apparently struggled with quite a few issues in his day, and may have had a secret or two of his own.

His name was Lionel Johnson, oh and his masterpiece was a poem entitled “Dark Angel”.

From Wikipedia (with real references and everything….)

Lionel Pigot Johnson (15 March 1867 – 4 October 1902) was an English poet, essayist and critic. He was born at Broadstairs, and educated at Winchester College and New College, Oxford, graduating in 1890. He became a Catholic convert in 1891.[1] He lived a solitary life in London, struggling with alcoholism and his repressed homosexuality.[2][3] He died of a stroke after a fall in the street, though it was said to be a fall from a barstool[2] in the Green Dragon in Fleet Street.[4]
During his lifetime were published his The Art of Thomas Hardy (1894), Poems (1895), Ireland and Other Poems (1897). He was one of the Rhymers’ Club, and cousin to Olivia Shakespear (who dedicated her novel The False Laurel to him).
In 1892, Johnson converted to Catholicism. He repudiated former friend Oscar Wilde and directed a sonnet at him called “The Destroyer of a Soul” (presumably the soul of his cousin Lord Alfred Douglas, whom he had introduced to Wilde the previous June). In the following year, Johnson wrote what some consider his masterpiece, “The Dark Angel”.[2][5] 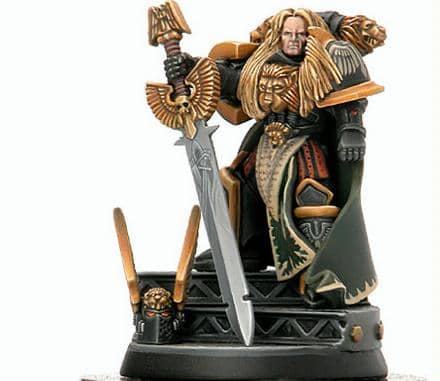 “The Dark Angel” also served as one of the influences for the Dark Angels chapter of Space Marines in the Warhammer 40,000 fictional universe.

Their Primarch, Lion El’Jonson, is also named after the poet.

Here is a link to the “Dark Angel” Poem, and more Warhmmer comparisons.

DARK Angel, with thine aching lust
To rid the world of penitence:
Malicious Angel, who still dost
My soul such subtile violence!
Because of thee, no thought, no thing,
Abides for me undesecrate:
Dark Angel, ever on the wing,
Who never reachest me too late!
When music sounds, then changest thou
Its silvery to a sultry fire:
Nor will thine envious heart allow
Delight untortured by desire.
Through thee, the gracious Muses turn,
To Furies, O mine Enemy!
And all the things of beauty burn
With flames of evil ecstasy.
Because of thee, the land of dreams
Becomes a gathering place of fears:
Until tormented slumber seems
One vehemence of useless tears.
When sunlight glows upon the flowers,
Or ripples down the dancing sea:
Thou, with thy troop of passionate powers,
Beleaguerest, bewilderest, me.
Within the breath of autumn woods,
Within the winter silences:
Thy venomous spirit stirs and broods,
O Master of impieties!
The ardour of red flame is thine,
And thine the steely soul of ice:
Thou poisonest the fair design
Of nature, with unfair device.
Apples of ashes, golden bright;
Waters of bitterness, how sweet!
O banquet of a foul delight,
Prepared by thee, dark Paraclete!
Thou art the whisper in the gloom,
The hinting tone, the haunting laugh:
Thou art the adorner of my tomb,
The minstrel of mine epitaph.
I fight thee, in the Holy Name!
Yet, what thou dost, is what God saith:
Tempter! should I escape thy flame,
Thou wilt have helped my soul from Death:
The second Death, that never dies,
That cannot die, when time is dead:
Live Death, wherein the lost soul cries,
Eternally uncomforted.
Dark Angel, with thine aching lust!
Of two defeats, of two despairs:
Less dread, a change to drifting dust,
Than thine eternity of cares.
Do what thou wilt, thou shalt not so,
Dark Angel! triumph over me:
Lonely, unto the Lone I go;
Divine, to the Divinity. 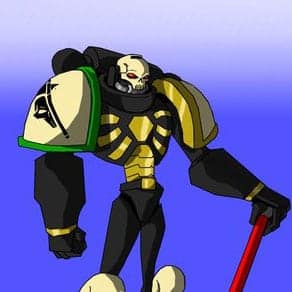 PREV ARTICLE
« If 40k was a Cartoon, These are the Space Marines 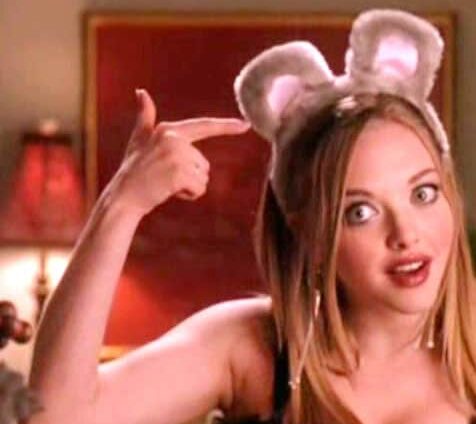 NEXT ARTICLE
News- Spikey Bits Gets a Face-lift »
If you buy something from a link on our site, we may earn a commision. See our ethics statement.