Infinity the Game- What is This? Anime? 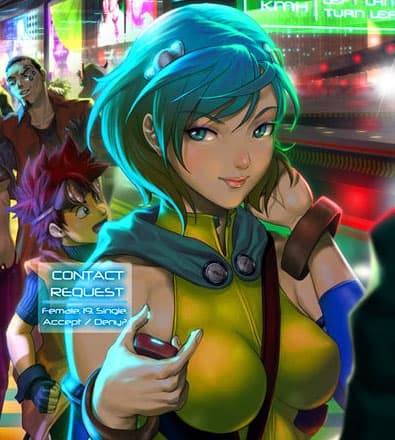 “One hundred and seventy-five years into the future Humanity has managed to survive despite itself.

The human race has reached the stars. Travelling through worm-holes, enormous commercial ships, run by the international community, known as Circulars, jump from one star system to another.

Circulars are controlled by O-12, an international organism that is the second generation United Nations but with much greater capacity for decision-making and for taking action. A single, massively powerful Artificial Intelligence that is present in the entire Human Sphere, and indispensable for the great powers, assists the O-12 in maintaining a fragile balance between them.

The old nations have grouped themselves into great international federations and have allotted between themselves the star systems that have been shown to be adequate for human life. These new powers, much more powerful than the old ones, continue to be moved by the age-old driving forces of human history: the quest for living space, resources and power. They all want the same and that makes peaceful co-existence difficult.

Confrontation and conflict are the constant norm, whether they be open or concealed, of high or low-intensity, of long or short duration… the profession of soldier in this epoque is far from dull…” ~Infinity the Game

This is the setting of Corvus Belli’s flagship sci-fi and cyberpunk game called “Infinity the Game”.

Hello, I am Zach and I have been a tabletop war gamer for about 14 years now, starting at the tail end of Warhammer 40k’s 3rd Edition, and transitioned into each edition along with Warmachine, Hordes, and Dystopian Wars.

Today though I am talking on my favorite of the games I have done, Infinity the Game. It is, at its core, a fast paced and very tactically driven tabletop skirmish game, with a great deal of dimensions in the strategy and tactics you can employ on the battlefield.

I picked up this game while going to college because Warhammer 40,000 was simply too big of a game to transport and too much of an investment. With a force of around ten to twenty figures at most, this game is very light weight and easily transported. The detail on the figures themselves I consider some of the best on the market currently. Utilizing anatomical dimensions instead of over sized hands and heads, the miniatures appear more realistic. What drove me most into the game though was the tactics. 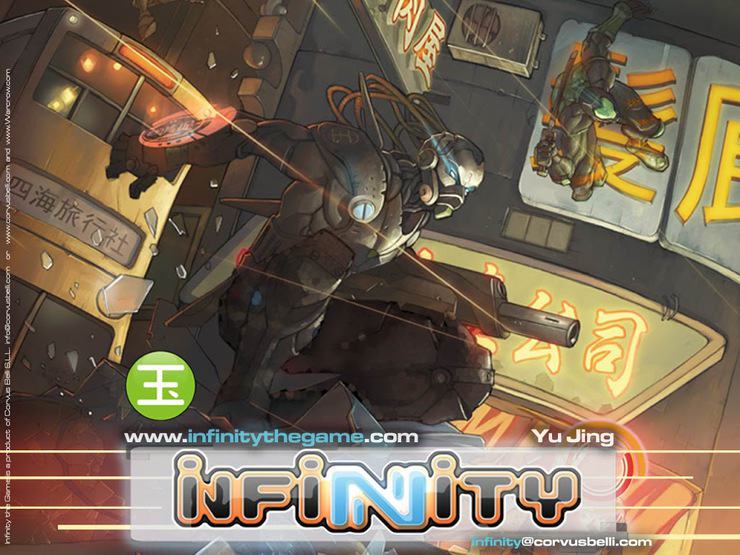 These tactics range anywhere from simply shooting an enemy figure to hacking the figures weapon and armor systems to shut them down while coordinating an attack to mark the enemy for guided missile fire and shooting them with a sniper.

The game employs abilities such as cyber warfare, bio warfare, varying levels of camouflage from simple mimetic camouflage to thermal and optical proof camouflage that would make the Predator, well, more green with envy. Your forces movement and position is just as important as how you play them and how many mind games you can play with your opponent, for which there is a great deal of options to use for this to bring everything together to get the most out of your Orders. 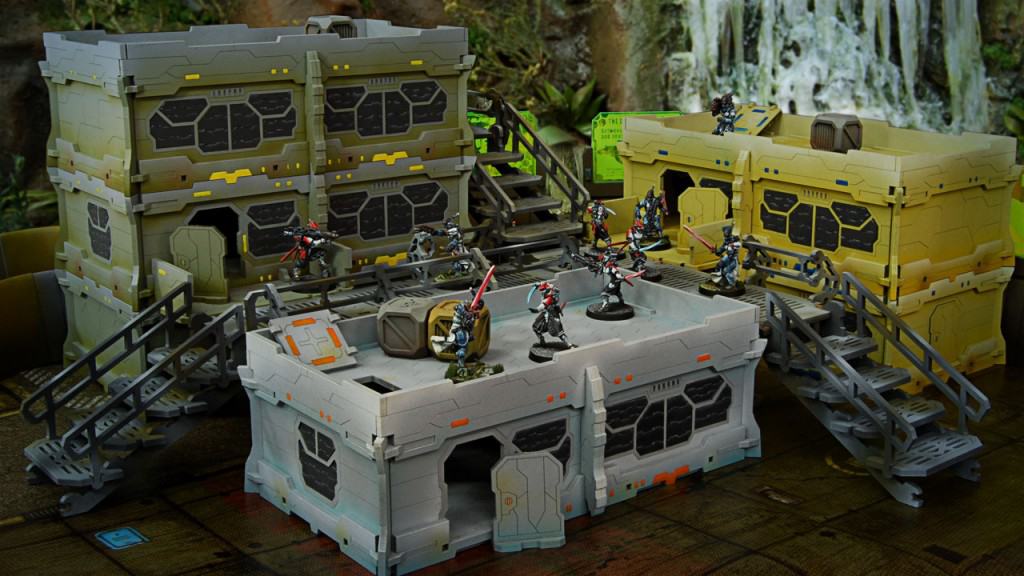 Infinity the Game employs an Order resource system to activate your units. A single figure generates an Order for a total Order pool and you use this pool of Orders to activate the various units in your force. Figures can be, and are often, activated multiple times in an Active players turn. Speaking of Active and Reactive players, Infinity the Game is often associated with the phrase “It’s always your turn.”

This means that as a player, you are always able to do something, and this is very true. Turn order is somewhat fluid as it is denoted by the idea of an Active, and Reactive player. The Active player is the one who “owns” the turn, and is moving their figures. The Reactive player may react to the Active players actions with his own force.

If you see an enemy soldier trying to run across an open street, you can react to try and shoot him, if a model begins taking fire you can shoot back, or dodge to cover. One thing many people have difficulty with in the beginning is this philosophy and that you don’t get down time during a game, you have to be able to position your force correctly to deny your opponent as much as possible, and to make sure you react to their actions, in this way the game is very much like chess, and you need to try and lure your opponent into moves that you control. 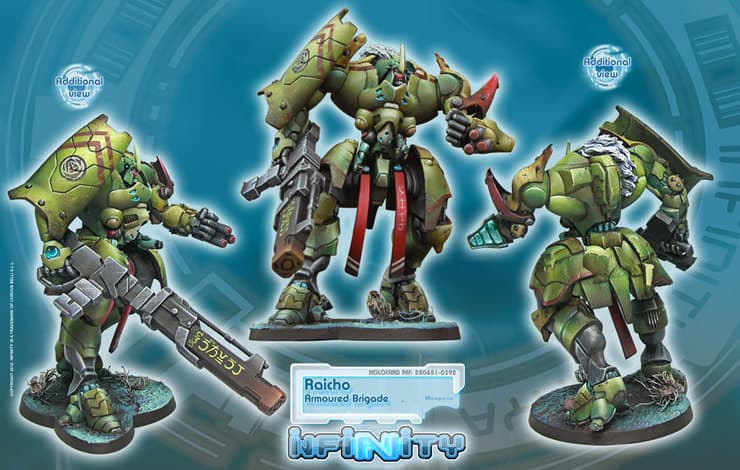 Another difficulty people have is in the list building, and not in the way that you can’t find the HQ, or the Warcaster, but in the fact that your list and what you bring as your force has no baring in how well you will perform.

There are no death star units, or special HQ’s that will single handily win the game for you. This game is extremely well balanced, and how you perform on the tabletop will be directly proportional to your own tactics and strategies. This does lead to a high learning curve though, and you can expect to be crushed multiple times if you’re just getting into it and there are veteran players in your area. Ask though, and you shall receive advice.

Most if not all Infinity players I have come across are more than happy to teach you tactics and tricks to get the most out of your units, but a great deal of it comes from changing the way you think about a tabletop game. Infinity is a very different game from almost everything else on the market currently, but the gameplay is very rewarding, and no single game will ever be like another, no single tactic can be employed as an auto win, and no single unit can be counted on to win you the game. 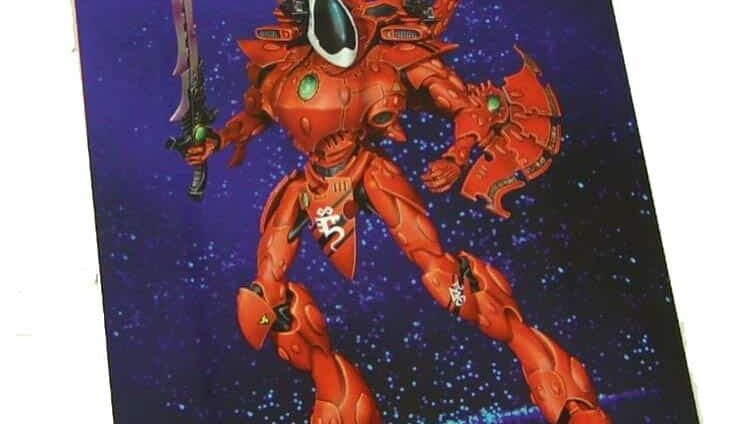 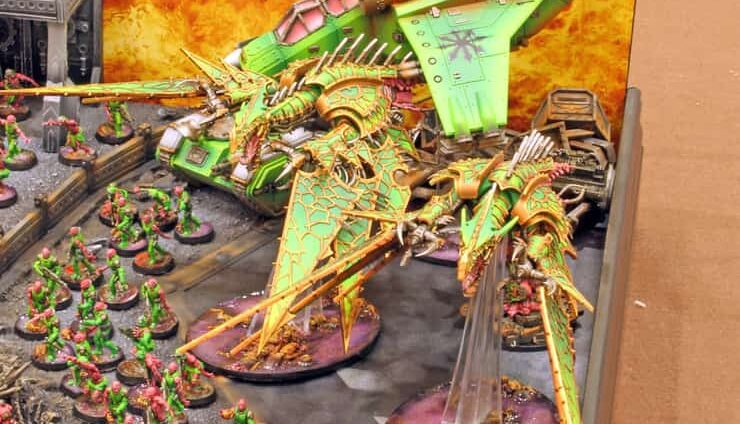 NEXT ARTICLE
Next Level Chaos! Adepticon 2013 »
If you buy something from a link on our site, we may earn a commision. See our ethics statement.