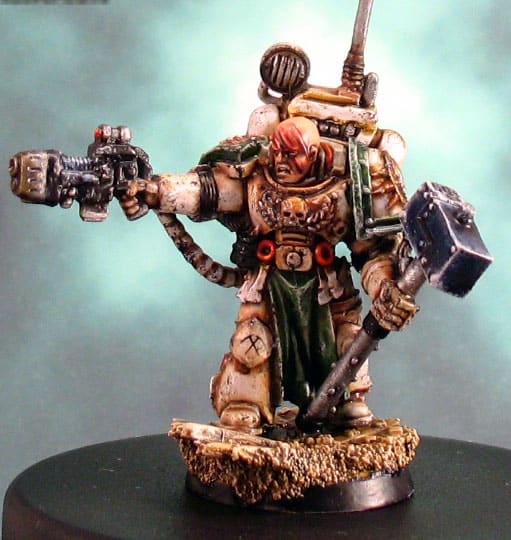 Durak Rask was a fanatical follower of his Primarch, and viewed Mortarion as a preternatural saviour from his early youth on the benighted world of Barbarus.

Having first been accepted into training into the Death Guard Legion when he came of age, Rask’s innate intelligence and fervour were marked from an early stage and he quickly proved to be a dour and driven warrior with an uncommon flair for siegecraft.

Over his decades of service in the XIV Legion, Rask rose steadily through the ranks to become his Legion’s Marshal of Ordnance, proving his mettle in many battles and campaigns, and earning a rare commendation from Mortarion himself after the Siege of Valstpol, a battle in which Rask himself lost his left eye and was left horrifically scarred.

When Mortarion declared his allegiance for Horus at the start of the Horus Heresy, Rask was one of the first and loudest in his support, having already become a member of the Seven Pillared Warrior Lodge which had been founded within the Death Guard to corrupt them towards the service of Chaos from within. On Istvaan III Rask volunteered to lead the vanguard attack against his former Battle-Brothers, a treachery he would pay for with his life.

Hello to everyone! Cadaver here from Home Of Cadaver.

The quote above is taken from the The Horus Heresy – Betrayal book. It gives all the fluff about the Death Guard Marshall Durak Rask. I wanted to make a character for my ever-growing pre-heresy Death Guard army and Mr Rask was perfect for this. I have used the helmet-less model from the Space Marine Veterans Mk2 and modified him to get him in line with the Character’s fluff. I have chosen this model because of its distinct face scar and the absence of the Imperial symbols. 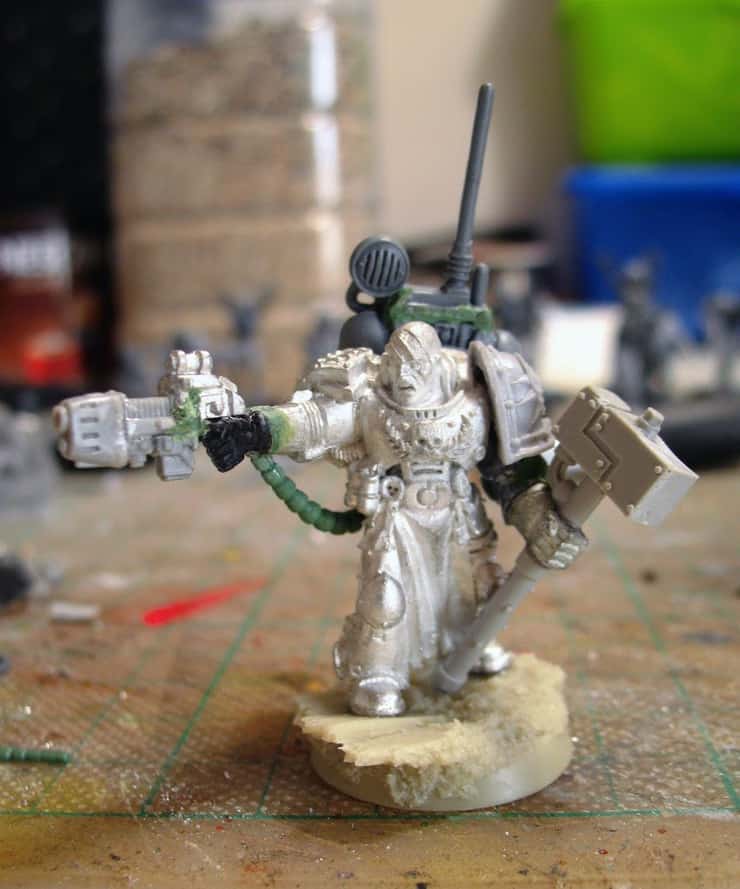 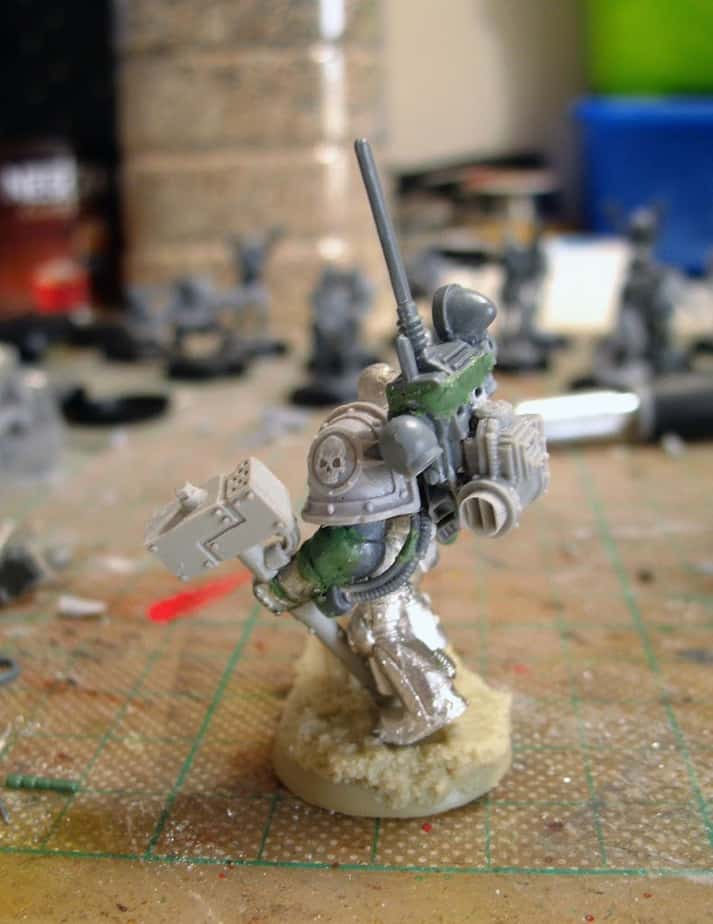 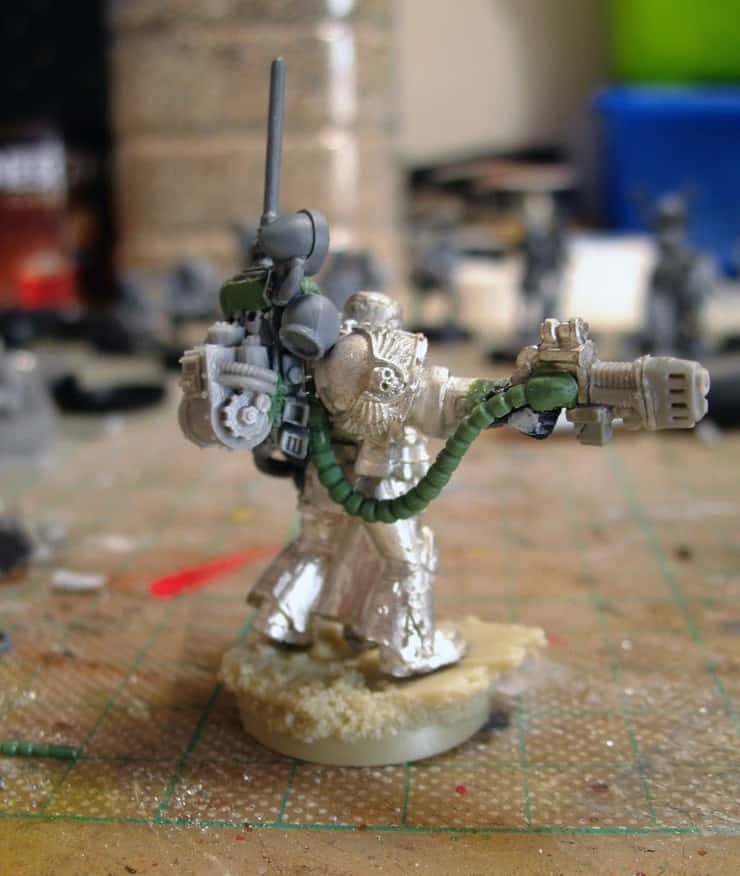 The most difficult part was his pistol. I went on fully converting his Volkite Serpenta using parts from a plasma pistol, a lasgun and some other bits I had lying around. The backpack was the other major part of the conversion, using a regular backpack and most parts from a guard comm backpack. The resin part is a bit from Anvil Industries. Finally, I used the shoulderpad from Forgeworld, and Thunder hammer from paulson games. Finally I connected the Volkite Serpenta to the backpack with a greenstuff tube made with my favourite comb technique!

The model then was painted to match the colors of the rest of my Death Guard.

I would love to hear what you people think and maybe leave him a vote on CoolMiniOrNot  ‘Till next time..,Take care! 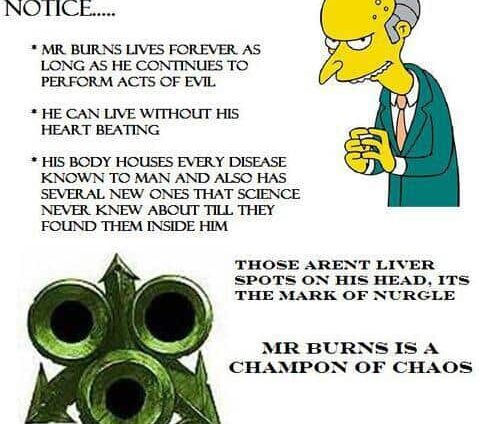 PREV ARTICLE
« Mr. Burns is Chaos? – Pic of the Day 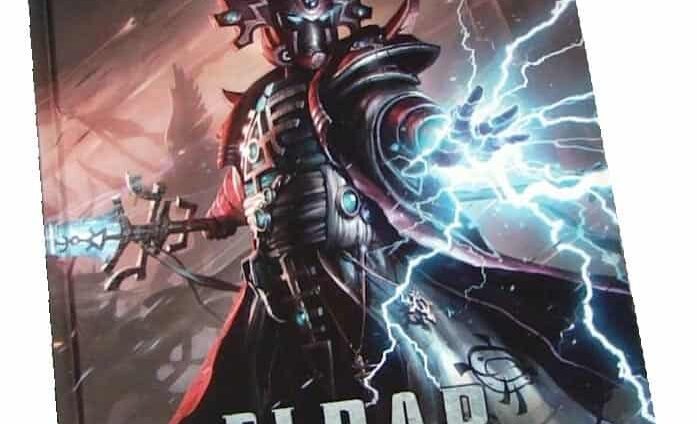 NEXT ARTICLE
Units & Psykers – Eldar Tactica Part II »
If you buy something from a link on our site, we may earn a commision. See our ethics statement.