Much Ado About Power Armor 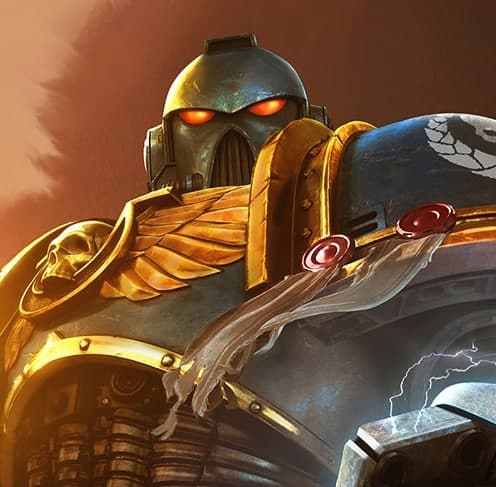 Hello Internet, its Jstove here, and we can’t shut up about Space Marines.

The good news is, the Nids are starting to trickle in on the rumor front, so we’ll only be riding this space marine gravy train for… Oh, I don’t know, the rest of eternity?

What I want to talk about today though is how I think it fits into the meta. I believe this book has the potential to finally suture up some of the gaping holes that are currently having trucks driven through them in our shooting-heavy, cover-save denying, wacky giant alien robot competitive scene. Let’s see if you agree with me. I might be right, or I might just be another idiot with a soap box. Let’s talk about what this book did.

YOU CAN FINALLY LEAVE SPECIAL CHARACTERS AT HOME

To put it conservatively, this book has probably the best wargear section since Tau commanders got the utility belt. It has everything you could want for a smashy HQ- Tons of survivability in the form of Eternal Warrior and a 1 turn Power of the Waagh save, a nice shooty little super bolter, and of course, 2 of the best melee weapons in the game. These things are on the level of demon weapons and warscythes, and they’re in the hands of an I5 marine. We’ve got the AP2 burny sword that might cook you on a 1, (but who cares, you’re wearing an iron halo or a storm shield) and we’ve got the AP3 sword that grants Rampage USR, for windmilling your way through hordes. It’s fun for the whole family.

We’ve got cheap librarians, Chapter Masters picked up an attack and a wound, (although I still think they’re prohibitively expensive) and they got the bikes-as-troops rule, and captains are of course still also rocking bikes-as-troops.

Now, Tigurius and Vulkan are still pretty rock hard excellent choices, but the point is the humble vanilla HQ has finally done what some of us have wished 40k would have done for years- Make the vanilla characters a relevant choice. Properly geared no-name captains/chapter masters are now a compelling alternative to the named jerks, thank the god-emperor, bring on the successor chapters and theme lists. 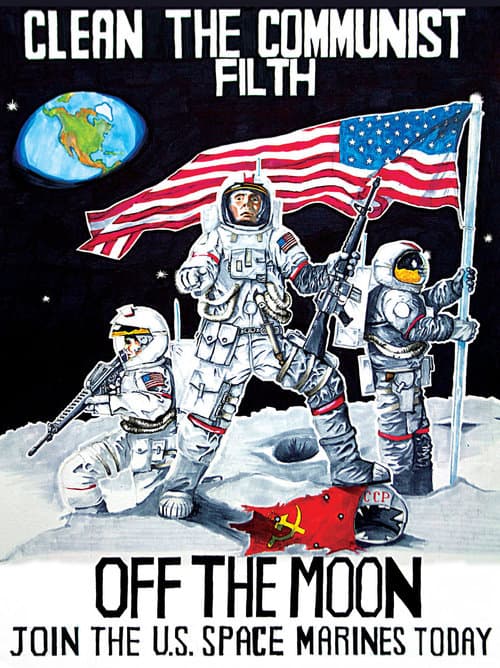 I think the jury is still out on the Wraithknight when it comes to the Eldar players, some of them think its the cat’s pajamas and some of them insist that the price tag on that survivability doesn’t compete against the raw re-rolling scatter laser power of a wraithknight’s weight in other space elf units, but that’s neither here or there. The tau collective is pretty much in love with Gundam Heavyarms and there’s no reason for them not to be, not when you can make that pie plate ignore cover.

Things are a little rough around here lately with all the giant robots hopping around, what’s a marine to do?

Well, Cruddace gave us the gravgun and its pretty much the worst thing to ever happen to everything. Its relatively short ranged, but its salvo-bajillion (the cannon version gets up to 5!) but none of that actually matters. Theoretically, its a difficult weapon to get the most out of, but anyone who has ever opened a marine codex in the history of ever can tell you that short range in a marine army is laughable.

Between drop pods, land raider variants that don’t suck, cheaper bikes with white scars tactics, and the 3 different ways a marine character can pick up relentless, it is not going to be hard for anyone with half a brain to make a gravgun fire at maximum efficiency. You can put that little problem solver wherever you want and get results.

This should hopefully cause a meta shift away from some of the MORE BORING crap we’ve been seeing lately, if nothing else in this codex does.

(for the record I actually don’t have a problem with xenos being dominant. I’m a chaos player, they’re kicking my ass too. I have a problem with it being boring and a little too easy. And no, I don’t play with 2, 3, or 12 heldrakes. I hate them too.) 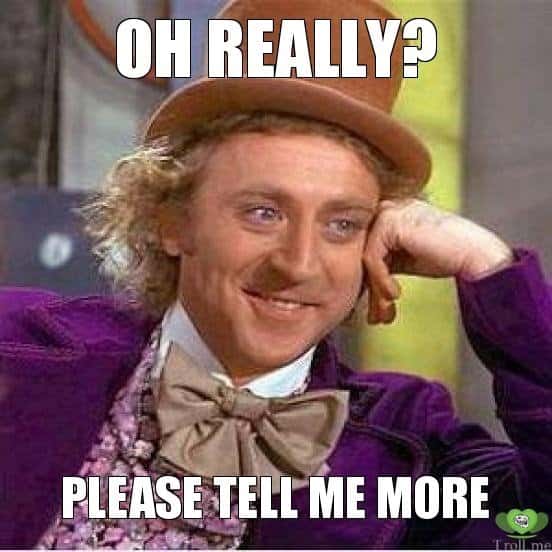 Surface-to-air firepower in 40k is for most armies is a catch 22. Flakk missiles cost a mountain of points for most units, Strength 7 ain’t really that hot when the most popular flyers are AV12, and unless you’re an interceptor, the flyer is just going to dump on your anti-aircraft as soon as he shows up. The only realistic way to fight flyers outside of intercepting anti-air is to either dogfight with another flyer or just ignore them and hope they go away.

So its interesting to see that for 70-75 points, we get Anti-Air tanks that aren’t terrible. Sure, they don’t intercept, but they aren’t slouches either. They’ve got side armor 12, so they won’t get immediately tipped over by passing hell turkeys, which is lovely, and the guns they have on them, especially the party poppers on the double autocannon one, are pretty compelling and actually stand a shot at making even an AV12 flyer think twice.

What really makes these tanks though is that even though they’re dedicated AA, they still solve a lot of other problems, specifically, skimmers. As has been pointed out across the 40k Meta-sphere, skyfire still hits skimmers at full BS, and hey, what’s the best armored vehicle in the game right now? If you guessed “wave serpent” give yourself a pat on the back. Stupid xenos and their magical high-tech floaty tanks, they think they’re so much better than us. We’ll show those suckers.

THE ASSAULT PHASE IS BACK, AND THIS IS AN ASSAULT ARMY!

As ridiculously shooty as this book can get with skimmer-killing cheap AA and gravgun bikers coming out of the woodwork like starving termites, this book is going to put a lot of punch back in the assault phase.

Typically, everything we’ve seen in melee up until now has been lackluster this edition. Chaos is of course a meat grinder, but it has no decent way to get to the party, Eldar and tau will just laugh at you as they mow you down, and the commissar in the back of a guard blob will just shoot his buddies one guy at a time until you’ve killed all 50 of them. Also they brought half a dozen power axes.

The marine codex gives us everything we needed to actually put an army on the table that could expect to consistently get somewhere in the assault phase every game, regardless of how smart, blue, or pointy eared your opponent is. It’s probably the best thing that’s happened to an aggressive army since blood angels hot rodded their vindicators.

While White Scars and Raven Guard are the obvious choice for the dedicated punchy marine army, the book has everything it requires to put nearly any marine unit in charge range on turn 2, regardless of your chapter tactics. Drop podding Iron Hands AV13 dreadnoughts into your opponent’s lap and giving them It Will Not Die sure looks like fun, and Salamanders aren’t going to slack off in melee either, although there’s not going to be much to fight once Vulkan and the kids barbecue everyone. Cato Sicarius pretty much shows up out of left field and handles business, and I don’t know if you kids knew this about Black Templars, but CRUSADER IS A HELLUVA RULE.

This kind of thing is getting more important, because we all know that even with a shiny new marine book, power armor doesn’t count for much these days. Not with all the hell turkeys, spooky eldar rending, and those asshole space commies being able to shoot at you with their eyes closed. Standing still is an invitation to get killed, and as much as we all seem to think that the assault phase is an afterthought this edition, its the only phase of the game where a 14 point super human in a plastic robot suit won’t get immediately pasted all over a wall. Being consistently aggressive is the only way for most  of these jerks to survive, even when it means that its granting your opponent another opportunity to just shoot them more. 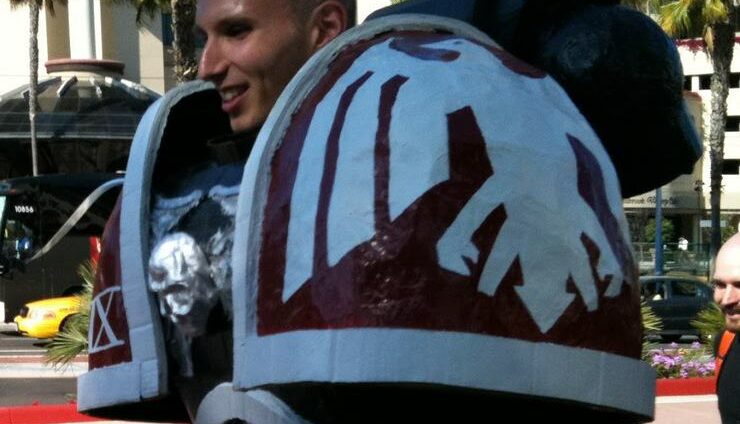 PREV ARTICLE
« Vin Diesel is a Space Marine?!! Pic of the Day

NEXT ARTICLE
Next Level Blood Angels- Battle Report #1 »
If you buy something from a link on our site, we may earn a commision. See our ethics statement.