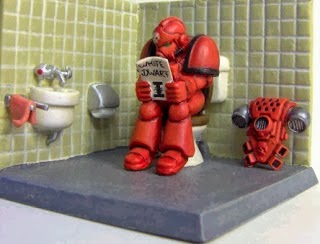 I decided to post them all in one place for the world to see! These are all 1850 points, and are 100% proven to work some of the time.

You may want to also checkout my series of Next Level Blood Angels Battle Reports on recent series of games from a major Grand Tournament, where I seemed to make a “bad” codex actually work.

Drop any questions in the comments below or on Forge the Narrative’s Facebook, and I’ll do my best to answer them as well. -Kenny

2 masters+bearlord+rune pirest  attached to the bikers flying up the middle while the drop pod with a full grey hunter squad drops in turn one. The masters can tank the wounds pretty amazingly with the artifact bonuses while they bring down 2 prescience orbital strikes, 9 twin-linked grav gun shots plus a multi-melta and 2 sets of barrage batteries from the thunder fire cannons.

So I’m trying to combine the nastiness of devastation landraiders and thunder fire cannons with an orbital strike gifted with prescience.  The list has nasty Alpha strike combined with realistic counter assault and tough units.

NEXT ARTICLE
The Next Primarch Model, Lorgar the Urizen »
If you buy something from a link on our site, we may earn a commision. See our ethics statement.