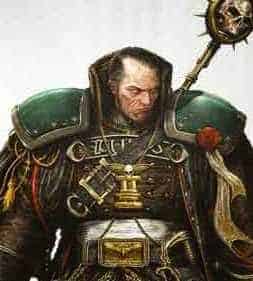 Don’t call it a comeback, he’s been here for years.

Pretty cool news today, iconic Gregor Eisenhorn will be joining the 40k tabletop game in some capacity, and other famous Black Library characters have been hinted at making appearances as well.

According to Games Workshop’s digital editions, three of the Ordo’s will be contained within the new supplement to boot!

Checkout all the news below, courtesy of Black Library.

Inquisitors have, of course, previously had their own little corner in Codex: Grey Knights, but now they can come out from the shadows of their power armoured companions and into their own dedicated codex. 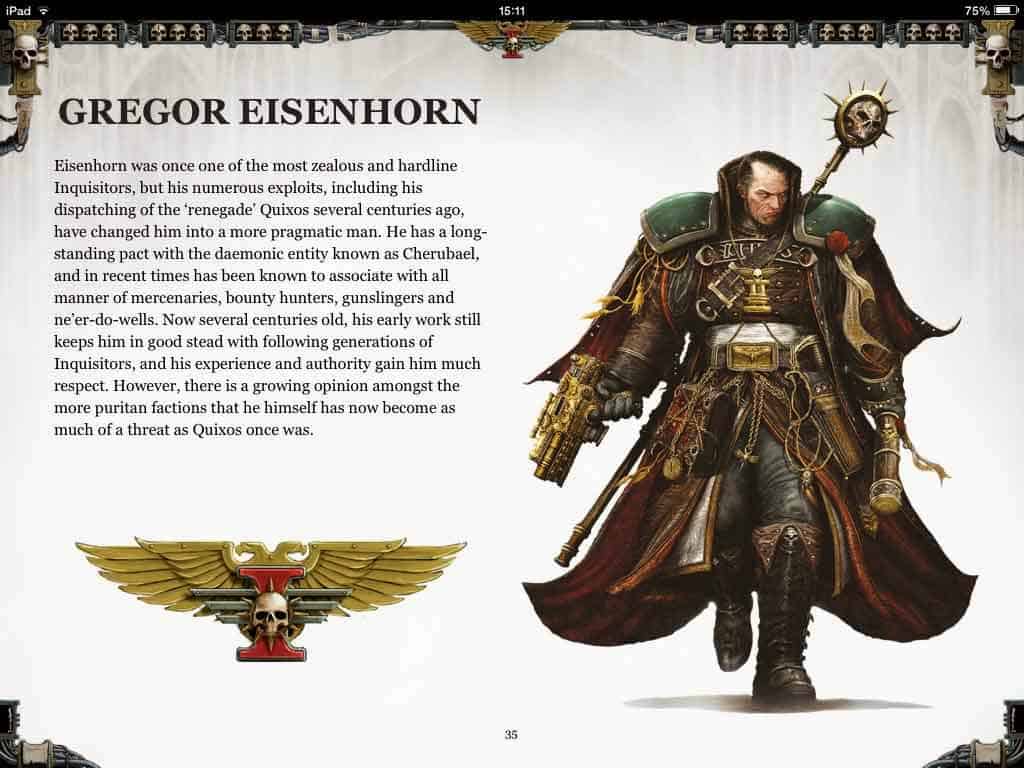 Few individuals embody the grim darkness of the far future like the dreaded Inquisitors, mysterious and clandestine individuals who hold incredible power and influence. This new codex is packed full of background and stunning artwork on the forces of the Inquisition, from the Ordos that make it up, to Inquisitors of legend throughout the Imperium (including some old favourites who might be familiar to fans of Black Library books…)

The rules in this book allow you to add the agents of the Inquisition into any Imperial force (as well as fielding them, begrudgingly, alongside the armies some of the less belligerent alien races), or field them as an army in their own right.

The main focus is very definitely on the individual Inquisitors themselves, with every Inquisitor now having access to a bewildering array of options, wargear and armour, making them one of the most customisable characters in the galaxy (as it should be).

There are also plenty of ways to represent your Inquisitor’s alignment to a particular Ordo, from weapons, unique Inquisitorial relics and three Warlord Traits tables for Xenos, Hereticus and Malleus Inquisitors. 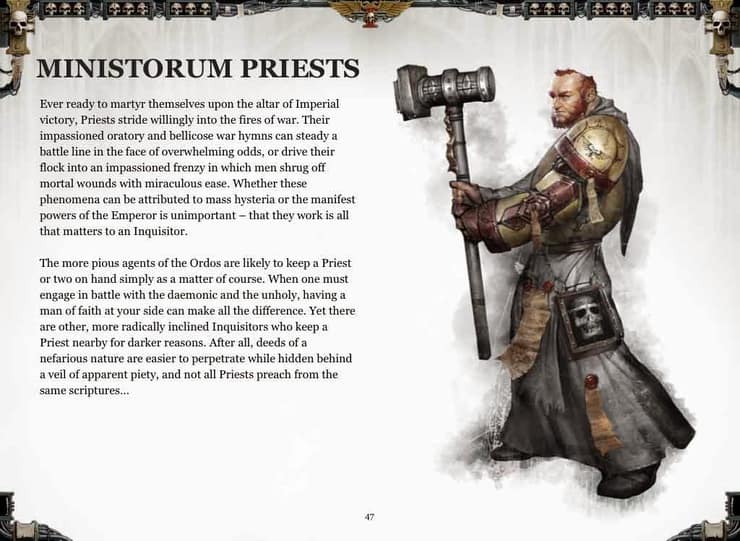 Speaking of Warlords, this codex allows you to have an Inquisitor leading your Imperial forces, even when he isn’t part of your Primary Detachment (would you argue with an Inquisitor about who’s in charge?). 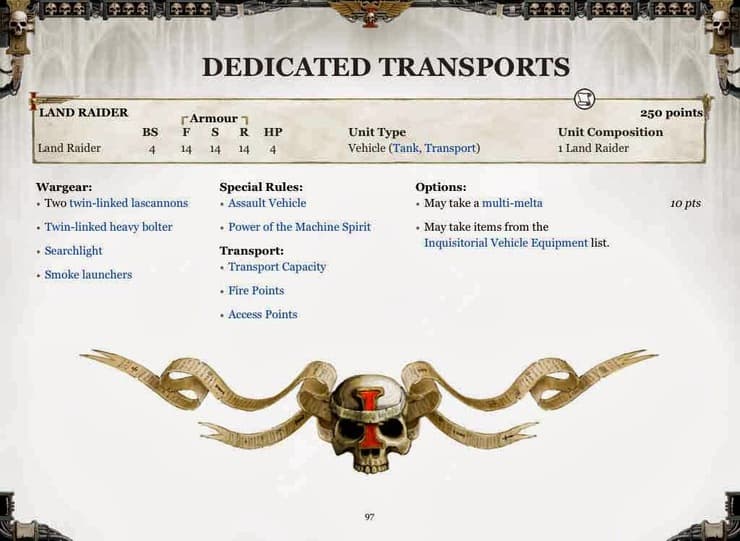 Of course, Inquisitors rarely travel alone. Instead they bring with them experienced warriors and specialists, not to mention their pick of the best transports from across the Imperium. 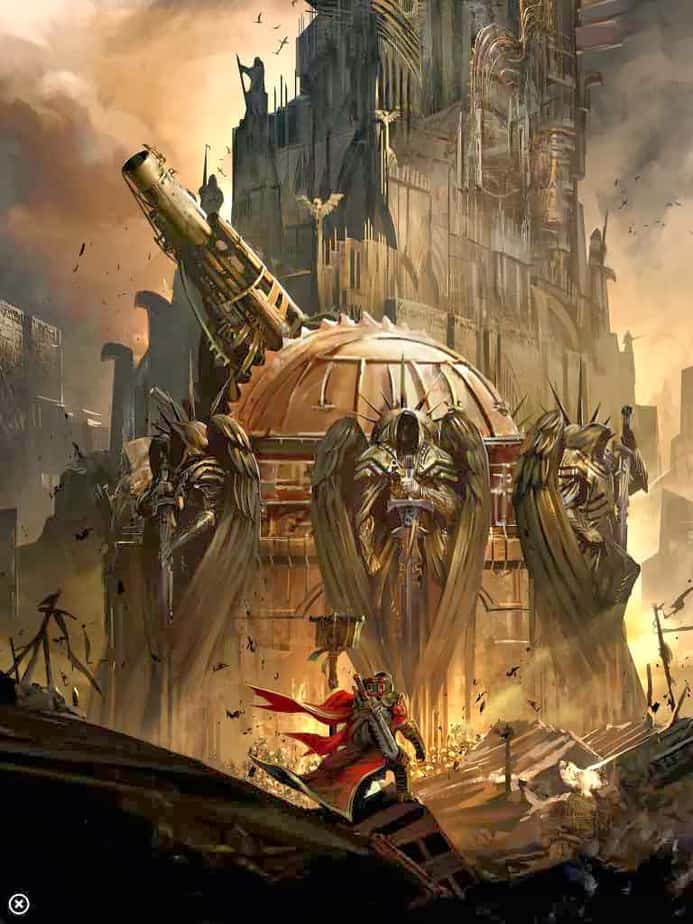 This is great way to represent your Inquisitor’s own particular field of expertise. Will you have a radical Inquisitor leading ethereal squadrons of Daemonhosts, or an experienced alien hunter with a pack of Jokaero Weaponsmiths in tow? Of course, you’re welcome to mix the two if you like (but we can’t promise that your space-ape and possessed monstrosity will play well together).

From yesterday as well; 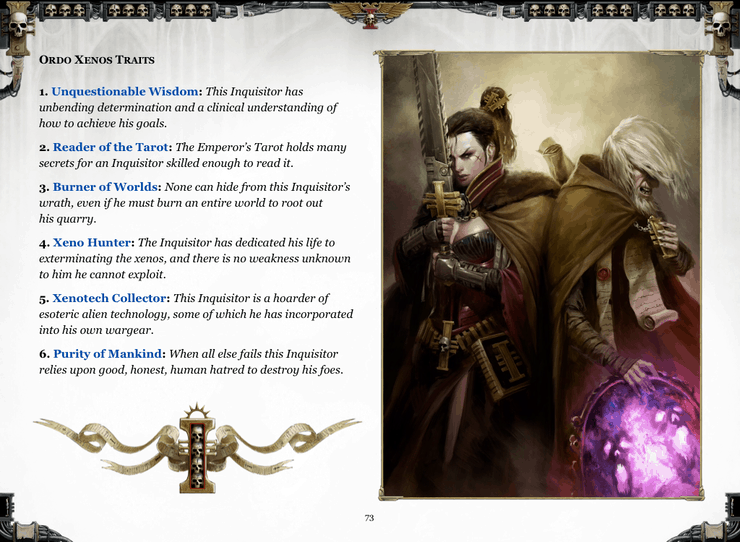 What would you like to see in this book?  Checkout a lesser known Inquisitor that I think would make a great special character! -MBG 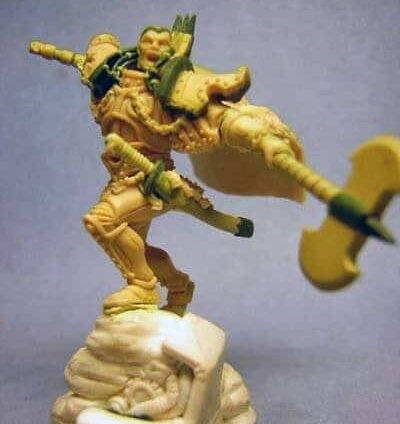 PREV ARTICLE
« Name That Primarch- Army of One 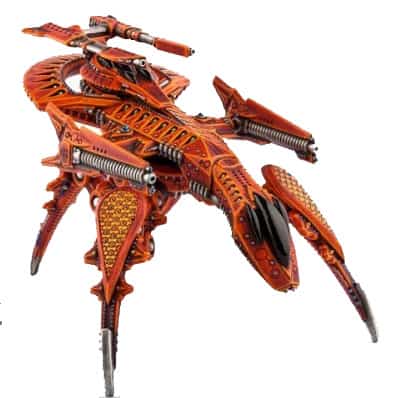 NEXT ARTICLE
Last Day to Save- 20% OFF Dropzone Commander »
If you buy something from a link on our site, we may earn a commision. See our ethics statement.