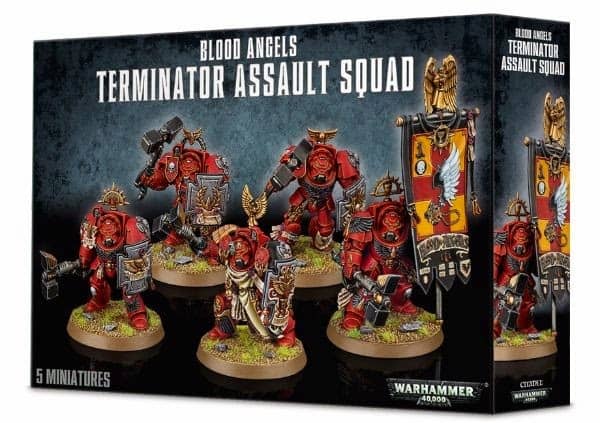 The latest batch of releases for the Blood Angels have hit, have you seen them all?

First up is the newest Terminator Squad for the Space Marines, checkout these sprues! 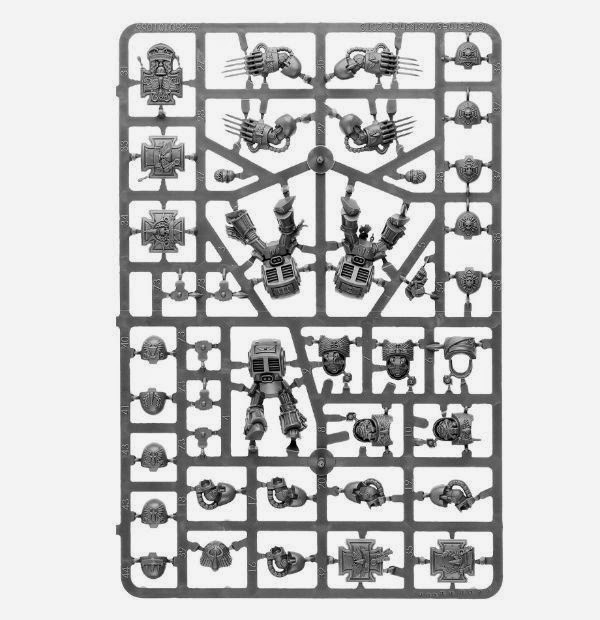 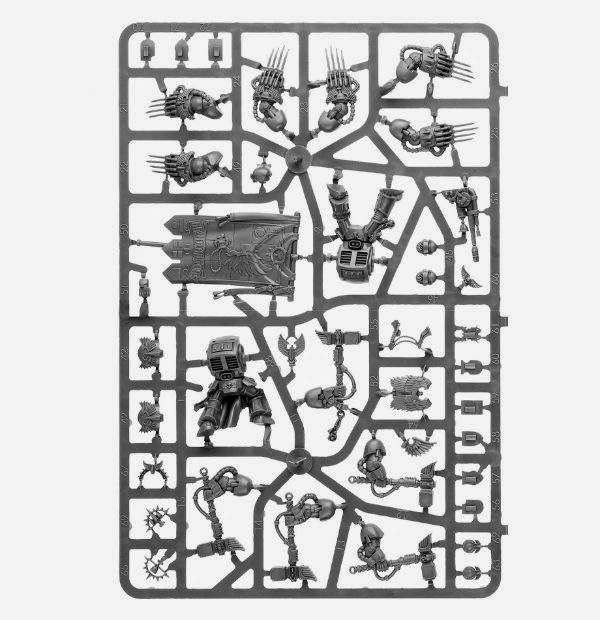 This 76-piece kit contains everything you need to make a 5 man Blood Angels Terminator Assault Squad armed with either lightning claws or thunder hammer and storm shield. There are 5 pairs of Lightning Claws, each with matching details on the gauntlets. Each thunder hammer and storm shield features a unique design, whilst the Sergeant’s storm shield is easily identified as it’s the largest in the box. There are 5 Crux Terminatus shoulder pads designed to fit on the left shoulders, and 8 unique shoulder pads featuring Blood Angels iconography for the right shoulders. A choice of 12 tilting plates can fit on the front of the shoulder pads. Four of the torso fronts come with helmeted heads sculpted into them while the fifth has the option for one of the 5 spare heads in the set to be added. In addition to this, one model can be assembled as the Company Standard bearer and there’s even a teleport homing device included. 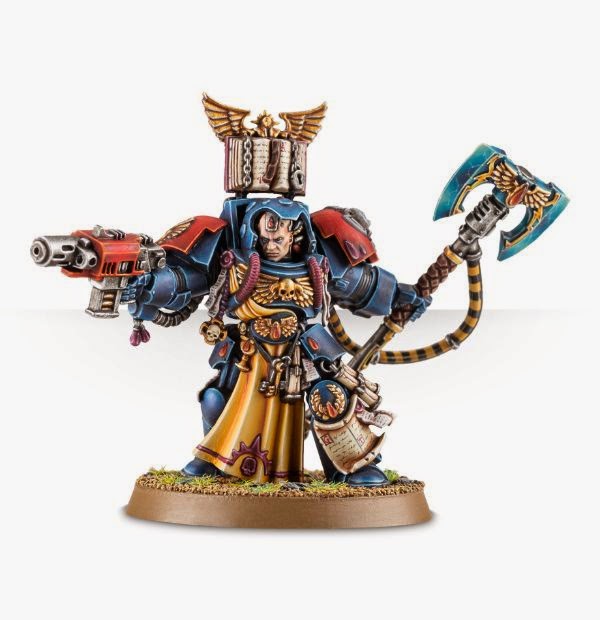 The psykers of the Blood Angels are also steely warriors easily as capable as their battle-brothers. Their powers make them living weapons with the ability to exsanguinate foes at a glance, glean fragments of future events, or swoop across the battlefield on spectral golden wings.

This 9-piece plastic kit makes a Blood Angels Librarian in Terminator Armour armed with a force axe and combi-melta. It comes supplied with a 40mm round base.

Shield of Baal Exterminatus is on the way as well, but some versions are already sold out! 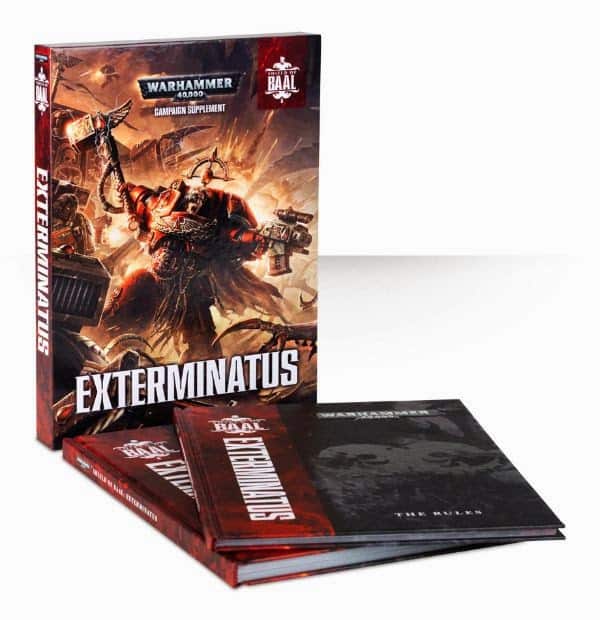 And some new Softcovers for those of you who missed out on the earlier releases: 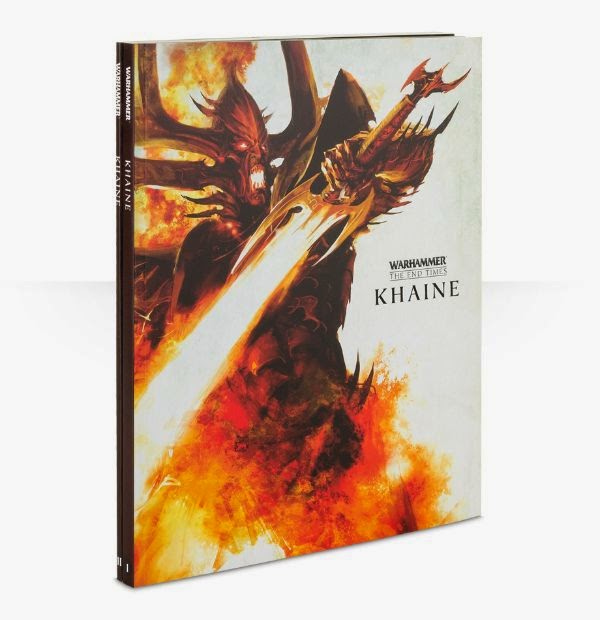 Ulthuan teeters on the brink of ruin as Daemons run rampant across its Ten Kingdoms. Meanwhile, in the grim north of Naggaroth, Malekith the Witch King prepares to face his destiny once and for all. Everything you think you know about the Elves of Warhammer is changing.

Warhammer: Khaine continues the epic saga of The End Times. The fate of Ulthuan is described over two softback books. 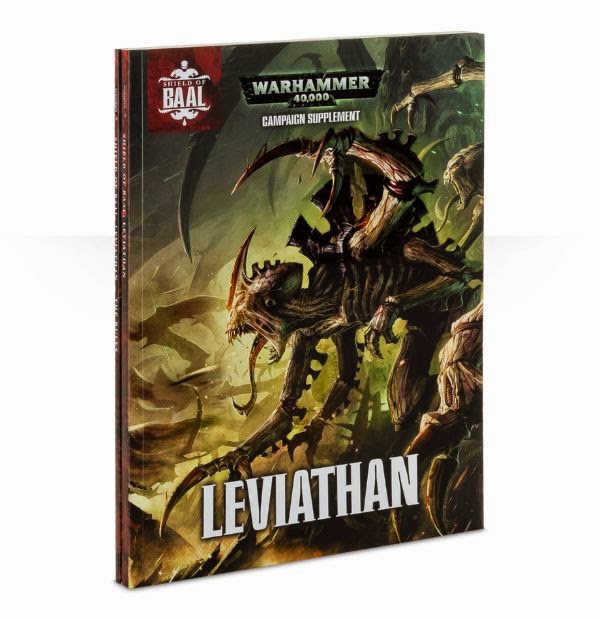 A major tendril from Hive Fleet Leviathan pushes through the cold void towards the Shieldworlds of the Cryptus System. Loathe to abandon a key territory – especially one so close to the Blood Angels’ home system of Baal – the forces of the Astra Militarum and Adepta Sororitas prepare to defend the region with their lives. 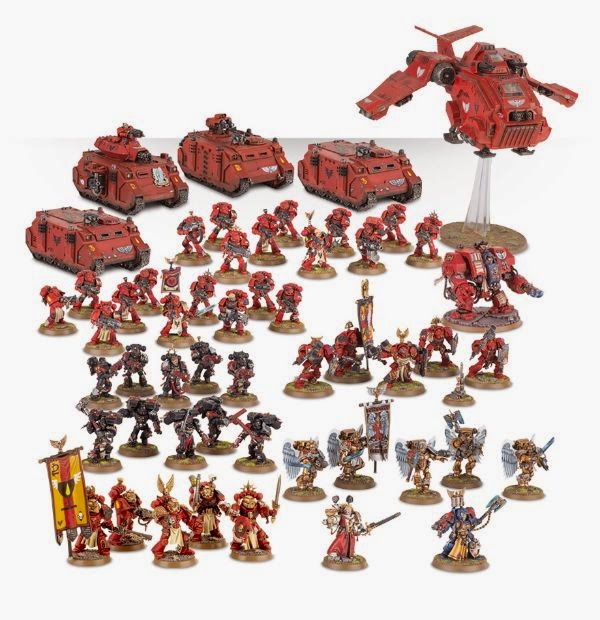 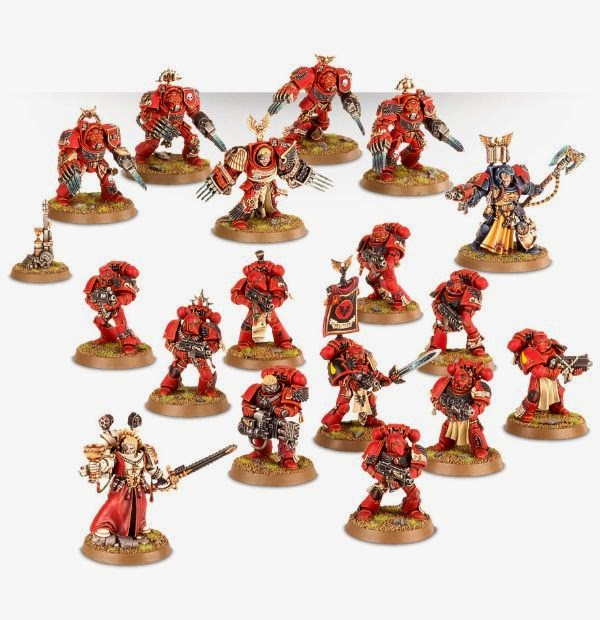 Well don’t stop here, go get your Blood Angels on. 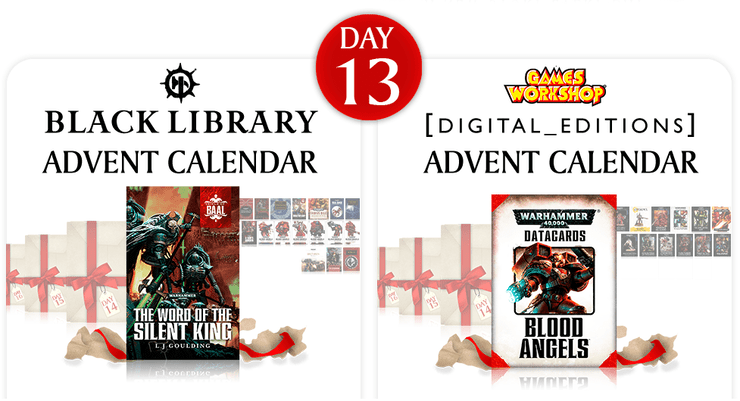 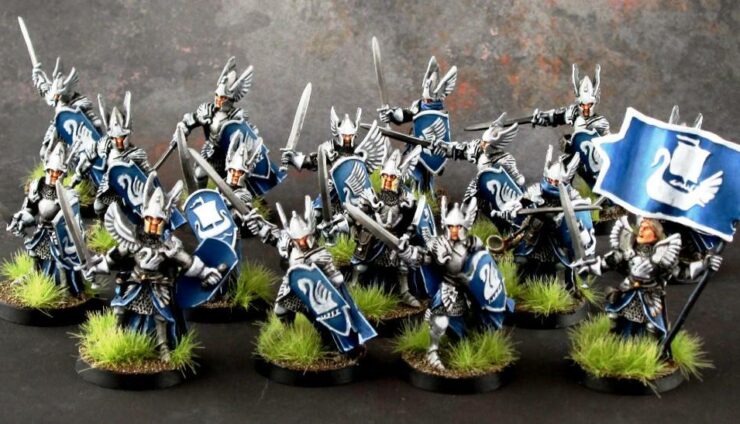 NEXT ARTICLE
Lord of The Rings Showcase – Talon Knights »
If you buy something from a link on our site, we may earn a commision. See our ethics statement.