Looks like their may be another legal battle on the horizon for Games Workshop, and from the looks of it, it may not be their fault?

Now please read all of this for yourself because my German is a little rusty here.

From what I can tell, the issue is that Ronald Vrkic the CEO of a Gamestrust.de (a site in Germany) feels that he can take full scans from GW’s books and White Dwarfs, watermark them, and post them on his site to entice folks to visit. Now also keep in mind this same CEO also takes pictures from other sites such as this one, watermarks them and posts them as his own as well.

He has also let it slip in an interview below that: “In the not too distant future he wants to make an annual turnover of seven million euros”.

Plus to top it all off it seems like the German government is subsidizing his business to boot, but he’s taking issues the amount he’s getting paid now by them as well.

Again, my German is rusty, but please read ALL of this for yourselves.

Now Games Workshop recently sent him a C&D letter for posting straight scans of their IP and his reply seems to have been a very excited “no”.

Personally I’m not sure that’s the best course of action to take when you’re clearly re-posting their IP just like an illegal download site offering full codex PDFs and stealing other site’s exclusive pictures, but that’s just my 2 imperial credits there. 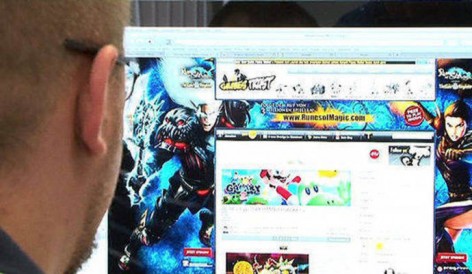 Now I’ll let the cat out of the bag on the millionaire thing, because it seems like sometimes folks think running a site makes you a ton of cash off ads.

While Spikey Bits definitely gets more web traffic and YouTube views that the stats he quotes in the article above, we have never (and don’t ever plan to) make a million dollars off this site. It’s literally not possible just covering hobby stuff – the market is just too niche. Now sure posting up video game press releases would help traffic some, but at the end of the day you need ORIGNIAL CONTENT to keep folks coming back again and again.

So in conclusion it looks like Ronald Vrkic is in conflict with Games Workshop and the German Government by his own direct actions, all the while toting he’s going to make millions off his website.

Either way I hope this thing gets resolved quickly cause the hobby really doesn’t need another black eye, but I feel like Games Workshop has EVERY right to take action against this guy after digging deeper on the matter.

UPDATE: While I won’t divulge his email address or IP, but we have an update from Ronald Vrkic (See comments below)

Only 18 minutes after this article was posted, we’ve heard back from the CEO himself! From the tone of this comment it looks like Vrkic believes you can just take whatever you want if you live in Germany. Also it appears he has not heard back from GW legal yet, not surprising seeing how they are probably all on holiday currently.

How do you see this one going? 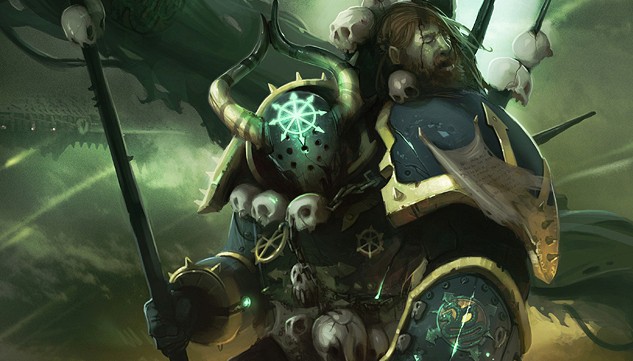 NEXT ARTICLE
Alpha Legion: All As One, We Shall Fall – Armies on Parade »
If you buy something from a link on our site, we may earn a commision. See our ethics statement.