The Hobby Incubator – It’s Like a Bar, For Nerds.

Want to go where everybody knows you name – well that and the names of all the founding chapters of the Space Marines and their primarchs? Come own down to the FLGS.

Normally, I diligently toil away at the alter of the ominisah earth caste workshop located on Vior’los my dinning room table.However, on this fateful day I decided I’d deep strike drive  into my local, family owned, game store (FLGS)  and assemble the eighth member of my current hobby pipe dream; The Eight. 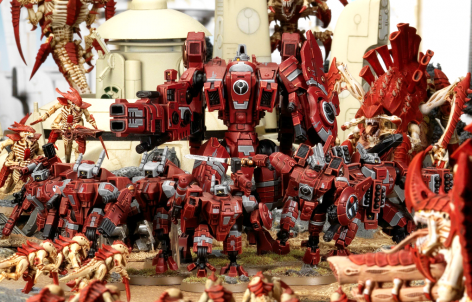 I think looking at all the amazing art Warhammer has inspired over the years is my favorite part of the hobby. I enjoy finding a piece of art work for a particular unit and trying to bring it to life on the table top. [Keyword, trying] There’s a particular piece of art work in the new book Monk’ta which has a crisis suit landing on top of a squad of space marine bikes. The bike is exploding and a space marine is trying to avoid the suit which has just landed in front of him. Meanwhile, the crisis suit is just looking down not giving a crap the emperor’s finest are right in front of him; after all, he’s a damn crisis suit. [It’s on page 50 of the story section if you’re interested] So, my hobby pipe dream for the day was to build that crisis suit. 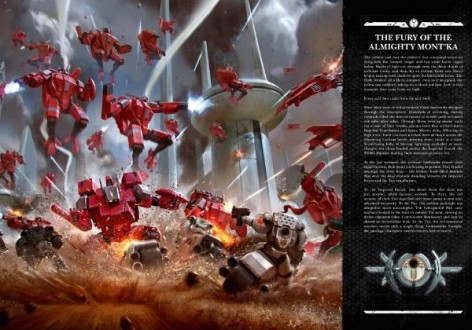 So, there I was, knee deep in sprues looking for just the right pieces to bring this model to life. I was pretty careful in just using a bit of glue because sometimes my ideas just don’t pan out and I have to pull limbs apart. I do my best to dry fit but until I see standing on it’s own can I really say it’s what I want. Well, today was one of those instances when what I made just looked like a spider next to his team. It just didn’t fit.

I showed it around and brought my concerns, something I can’t really just do at home, at the reaction tepid at best.

“Well, if you maybe put him this way he looks like a football player”

“He’s a little squat, looks like the old dreadnoughts, I think it looks fine.”

I looked at it again. All I could see was this tiny crisis suit. I couldn’t unseen the spider like machine I had seen before.

“Nooooope.” I said to myself. This model isn’t fit to represent an elite commander.

Most of the pieces twisted off but his right leg refused to budge. Ordinarily I’d either just salvage what I could and throw the rest into the bits bin but why do that when I was surrounded by a plethora of hobbyists?

So, I started shopping around for ideas.

“Yep. Here you try because it’s not working for me,” I said

“It has no tinsel strength; it should just….” Paul said as he tried, “Hmm, that’s not coming off.”

“Too bad I don’t have my tools with me, I’d have that off in a second,” a helpful,l but ultimately useless, bystander said.

“What you need is that glue dissolver stuff.” Another asked.

So, I went to go buy some; a task that would have to wait until the next day if I had done this at home. My local store is about 45 minutes away and I just don’t take my modeling THAT seriously. They where out BUT they let me use some of the stores since I only needed a few drops. Score. Drop. Drop. Wiggle. Wiggle. Pull. Frown.

“Let me see that thing,” Rob said noticing my frustration. 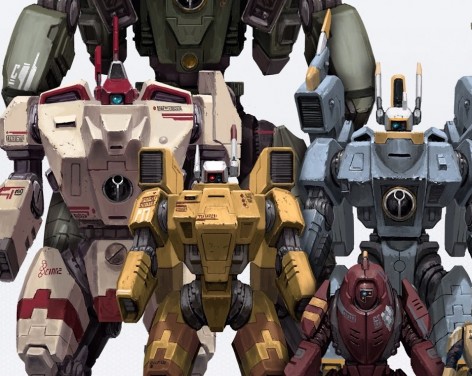 Within a few minutes he had the leg off and I was back to modeling a less dynamic but also less spidery looking crisis suit. I was happy. After I was done I  was even able to get a game in. I lost, not surprisingly,and yes, I did have an unpainted model on the table, but all in all it was a good afternoon.

By now you’ve probably guessed the moral of the story, local game stores are amazing.

Support your local game store because they help the socially awkward meet and make friends but above all this super concentration of nerds helps bring the hobby back.

And they’re always glad you came… 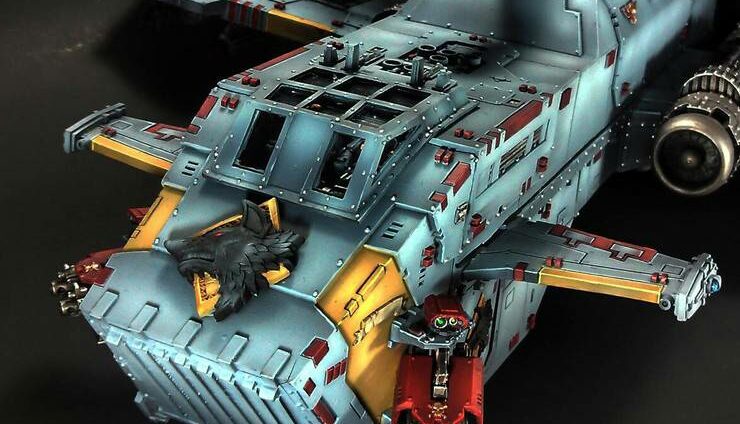 NEXT ARTICLE
Flying With Wolves? – Army of One »
If you buy something from a link on our site, we may earn a commision. See our ethics statement.