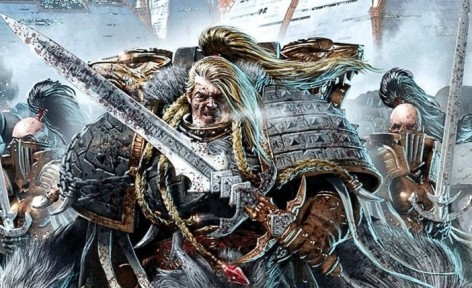 There are no wolves in Forge World… yet! Come see the latest rumors on the new primarchs, Horus Heresy releases and more: straight outta Nottingham!

A lot of info came out of the 40th Birthday party for GW held at Warhammer World.  Here’s two more eyewitness accounts:

I’ve highlighted some key pieces of information in red: –Will be available from the Horus Heresy Weekender
–Rites of Wars for Blood Angels, Dark Angels, White Scars and Shattered Legions. Possible new Rites for certain legions
-Tylos Rubio is being worked on right now by Israel
-No characters/units for new legions
-There will be a Meduson character that can be used as a HQ for all Shattered Legion armies. As he is so close with the Raven Guard and Salamanders he can be used in different army lists with the alternative Rites of War
-Certain equipment will be mentioned for each legion such as multi plasma arrangements for the Dark Angels and a special Glaive hand to hand weapon for
the White Scars.
-The Keshig will be upcoming for White Scars as well as a Bike squad (but not this book).
-A new bike has been finished by Blake.
–Mastodon and Stormbird will appear Further info we have also found out:-Darren Parwood is working on a new knight (A Heavy variant – Castellan like).
-A new air field display board is being worked on / planned which will feature the new Stormbird and Thunderhawk Landing pad tiles, which is not being released until the Stormbird is finished (which is apparently so big it might go through the tile!!).
Stormbird is currently in printing production. Possible first appearance at Weekender

No big reveal either (unless it was blood bowl)
The shopping bit had a bunch of older kits and books for half price.
Corax looks lovely in person, paint job seems a bit off with pure black eyes, just looks unfinished.
Dark furies are ace in person, a friend bought them and gave me the bodies/legs for my blood angels.
Blood bowl minis look really nice.
Russ is the next primarch, with magnus being next, both this year. Inferno is aimed to be out late this year.
Signus book might not be book 8, as book 8 may be calth part 2. (Sad face)
On the game side, eisenhorn is based directly on the first book but they’ve opted to streamline it in places and instead use data cards you can read to cover them (autopsy scene was specifically mentioned)
There was apparently some kind of special game related reveal but I never saw anything for it.
Warhammer total war looks pretty good although they didn’t show any actual combat.

Probably the second most epic battle in the history of the Grim Dark next to the seige of Terra, the burning of prospero promises to be such a HUGE event.

I can’t wait to see the executioner square off against the witch!

Checkout the rest of the new art and all the coverage out of Warhammer World from this weekend below!

Who’s side are YOU on? 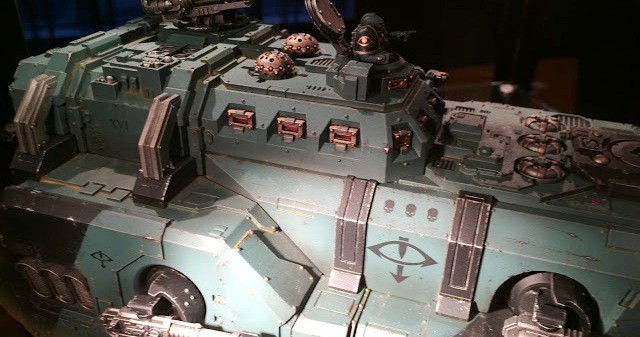 NEXT ARTICLE
40k Lore – The Mastodon Heavy Assault Tank »
If you buy something from a link on our site, we may earn a commision. See our ethics statement.