Dead on Arrival – The REAL Truth Behind Age of Sigmar? 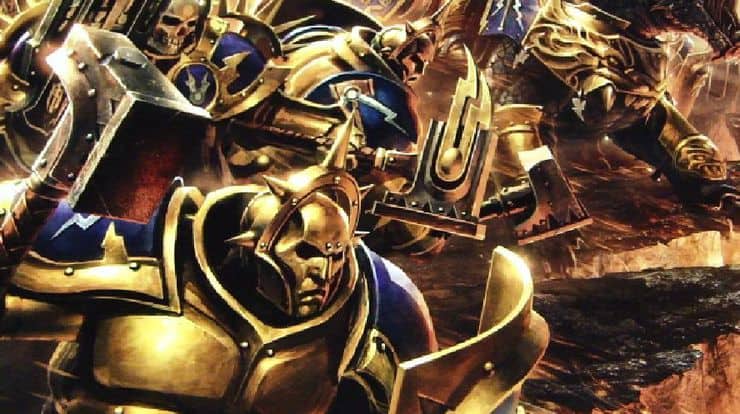 One of the biggest and the best took the interwebs today with more than an earful about Games Workshop and Age of Sigmar.

79hastings69  has a lot to say today on the GW announcement of the new changes coming to Age of Sigmar, and lets just say its real and raw. But coming from someone of his calibre it’s worth listening to. Regarding Age of Sigmar vs Warhammer Fantasy Unit Cost

let’s imagine the costs for development were 5gbp and the cost of production of each box after develpment were 1gbp and a box retails at 10gbp. That means if you only sell one box you have made only 4 gbp, ie sale is 10gbp minus 5gbp for development and 1 gbp for production. If you sell 2 boxes your profit becomes bigger, example 20gbp to buy 2 boxes, minus 5gbp development, minus 2 gbp production costs equals a profit of 13gbp. Obviously the more units you sell the more profit after you have paid for that initial development fee.

This is where GW got greedy, initially not so much, but towards the end of WFB they certainly made starting out in WFB harder.

now let’s look at AoS, a unit no longer needs to be large, in fact as a skirmish game you are probably looking at say 20 models, that’s 2 boxes. So that’s 20gbp sales, minus 5gbp dev minus 2 gbp prod, that’s a profit of 13gbp, or 6.5gbp per box.

Herin lies the problem, to support the AoS business model you either have to A/ sell in much larger volume, however as a skirmish game it is not promoted in game to buy multiples of each box, it serves no real purpose or B/ increase the sale cost of a box from 10gbp to say 15gbp to account for less sales of each unit.

However GW are reporting reduced sales DESPITE having raising the sales cost, this makes the model unsustainable where the outcome is one of three things. You end up selling very small amounts of units at a very high price or you reduce dev costs to maximise profit but at the expense of quality or you find a way to start selling multiple boxes of the same product again, it’s almost a vicious circle and one that outpriced WFB players which in tunr then goes back round to reduced sales. Without the sales volume improving I cannot see how GW will be able to continue supporting AoS, either that or they end up with a very small customer base that will pay whatever they ask . Neither is good for growth or sustainability. Regarding Age of Sigmar’s Popularity

AoS is selling worse than WFB did, it’s popularity is much lower, if GW don’t reach out and get someone to start buying/playing do you think GW will support AoS for very long if it is actually making them less money than WFB did???

That’s what this 3 ways to play is all about, they have got to try and appeal to a bigger market, because the market they selected (picked at random) is not spending enough money. Hence the very very early warning to sharholders despite having 2 very popular launches (BaC and DW:O) AND some well received 40k releases….. this should at least be some kind of indication of how much AoS tanked even for the most ardent fan of it.

…I don’t like AoS but that doesn’t mean I’m going to make up that it isn’t selling well because I don’t like it! As I posted before my brother bought it and does quite like it (although struggles to find a game). I am reporting back on poor sales of the product, and there is LOTS of evidence that supports that, here are some examples:-

Any polls run on this or other sites come back with the same/similar results 80% negative to AoS.
The game and indeed in some places 40k have been dropped at clubs all over and replaced by KoW etc.
Many stockists still have much of their original launch stock of AoS.
Limited Edition books fail to sell out even in very small print runs WORLDWIDE, WFB sold out bigger print runs sometimes in hours.

there are obviously more coincidental occurences but I really can’t be bothered to justify that I am reporting accurately that AoS is not selling well.

…By the way for those asking I do not have information on how other products sold or why this or why that, I will happily share with you all the two things I was implicitly told:-

1/ WFB was still making profit before end times, just not as much as some people would have liked. This is kind of ironic because IMO the reasons it didn’t make more profit is it was largely put on the back burners behind anything that had power armour (i.e. space marines/40k) – and I guess because of popularity that is understandable. And the cost of entry. However the making cost of entry so high is directly the fault of GW, the costs per army towards the end of WFB were beyond crazy, a small unit (one of many in an army) costing between 50 -100gbp is just crazy when there are so many alternatives out there. What is even more unforgiveable and moronic is that there would have been an easier fix to boost sales of WFB, release an entry level/skirmish game, get people buying the very same models you already sell for WFB but in smaller numbers, you’ve already paid for the development so any extra sales add to profit. Then once people have built a small force under skirmish rules let them add to it for the main WFB, they’ll have spent the same amount of money (if not a little more when you take into account the cost of the skirmish game) but it wouldn’t be in one big stupid hit!

2/ Sales of AoS are poor, and it doesn’t have a strong sales/customer base anywhere world wide. In some countries it is all but dead already, in others there is a small and slowly growing community, however these are not near the levels WFB had before it was decided to be scrapped (and this means sales BEFORE end times spike). The reception of the game from the wider community has been overwhelmingly negative, from the ruleset, to the background material.

…Normally new systems get a sales spike, and last a few years, not require change inside of a year to try and broaden the appeal. This is not the fault of AoS though, moreso the lack of an original target audience. It wasn’t intended for the existing fantasy crowd as they weren’t buying enough, yet no research was done as to who would buy such a product, and even worse no external advertising was done to bring in any new blood, they were effectively advertising the product to a market of existing customers who they had just lost well over half of.

So we can also suggest that as BaC was only in it’s “crib” it shouldn’t have sold well either? When you have over 30 years experience and are considered the market leader the “in it’s crib” argument doesn’t stand up.

I hope GW do turn things around though, but with poor sales of AoS AND a very early shareholders warning I think it is too late.

I’ll give it one thing though, AoS is certainly proving an interesting ride. Believe it or not, I can tell you right now this lines up with all of the talk and trends that we’ve seen and heard here since last summer.

Yes it is really negative, but it lines up with what we’ve been seeing in North America directly correlating with the last 9 months of releases for Age of Sigmar versus 40k.

Sure good on them for FINALLY doing what everyone wanted, but let’s face it would Apple or Microsoft cave and fix something 9 months into a release unless there was something wrong with the product itself? 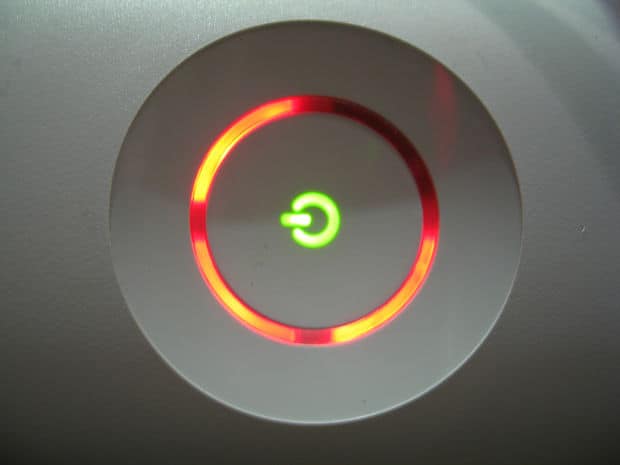 X-Box: Fixed a problem, or responded to the will of the gaming community?

Do you think that if GW had these styles of play for Age of Sigmar all along, they would have rolled it out right after launch and not waited until a month before their fiscal year was set to end?

Don’t take it from us, ask your local game store operator how their AoS sales are doing.

In the end will a $114 million dollar company just go belly up over night? Let’s be honest here folks for a minute, probably not. But slowly over time if problems like this are not corrected, well that is a different story all together.

PREV ARTICLE
« The Original Sons of Anarchy? – Armies On Parade 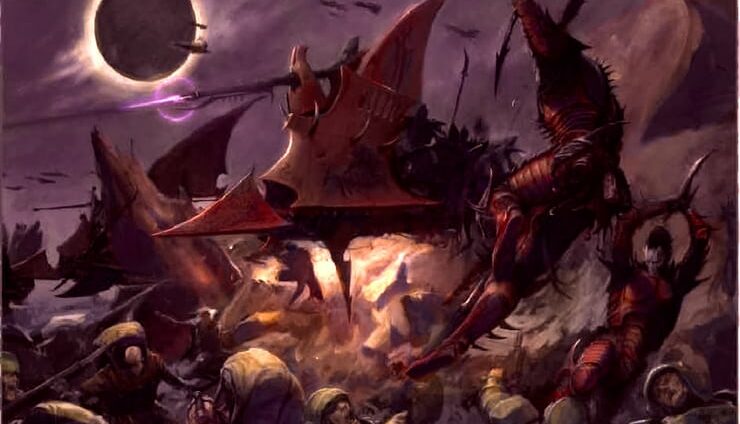 NEXT ARTICLE
40k’s Best Formation That You’re NOT Playing? »
If you buy something from a link on our site, we may earn a commision. See our ethics statement.