Must Have Terrain For Age Of Sigmar – UNBOXING (Updated) 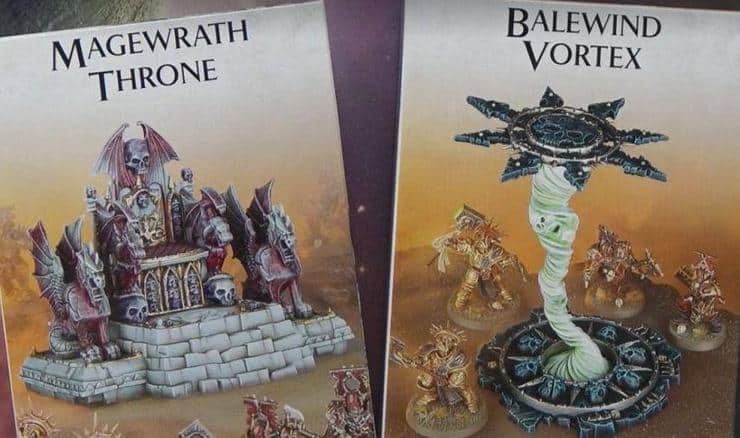 Don’t miss our unboxing and rules review for two of the most affordable Age of Sigmar terrain pieces on the market from Games Workshop!

Update: The Balewind Vortex comes in at 100 points; screenshot at the end.

These two kits are very affordable and their rules make them very desirable for nearly any Age of Sigmar army out there. 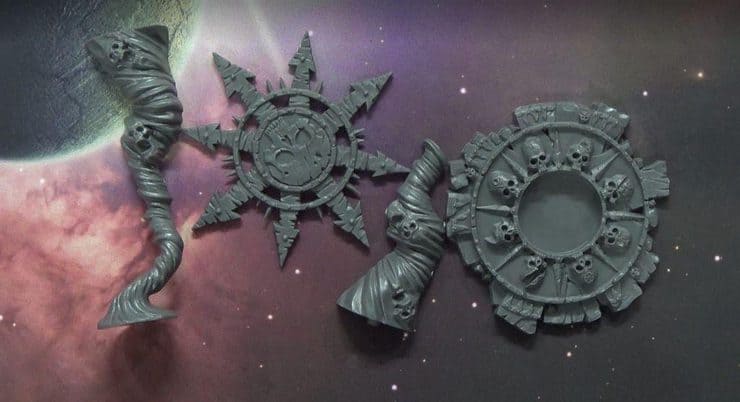 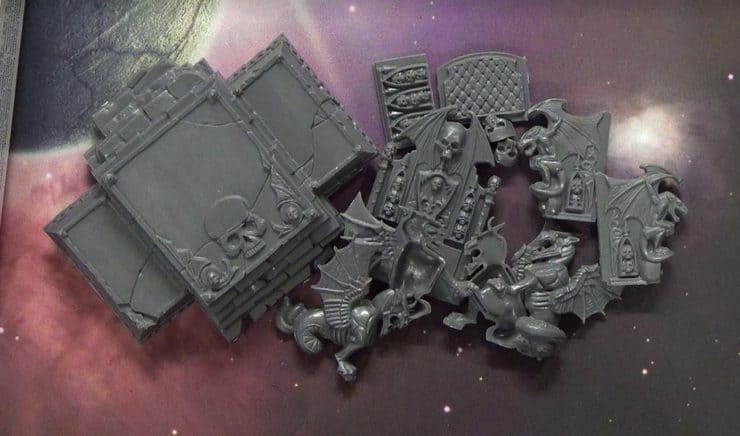 It’s not quite the high quality plastic we have gotten used to from Games Workshop but still a decent quality. Plus for the price point you can’t argue with it IMHO and the parts come already cut off the sprue which is kind of strange, but I think we can deal with it. 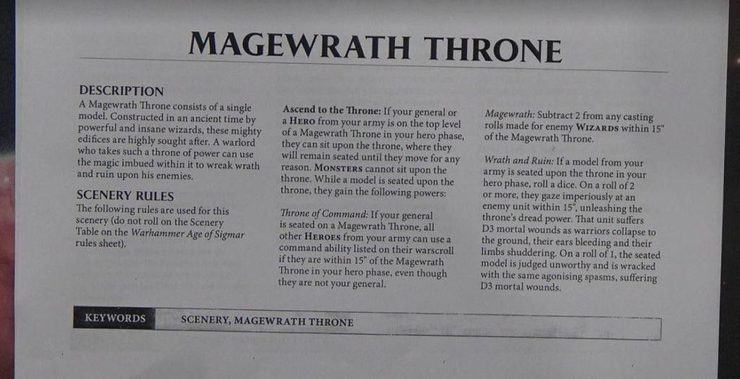 Ascend to the Throne is a special rule for the Magewrath Throne that allows any of your heroes within 15″ to use a command ability even though they are not your general, as long as your general is seated on the throne. That seems pretty good, time to shuffle around your general now?

Update: The Balewind Vortex comes in at 100 points 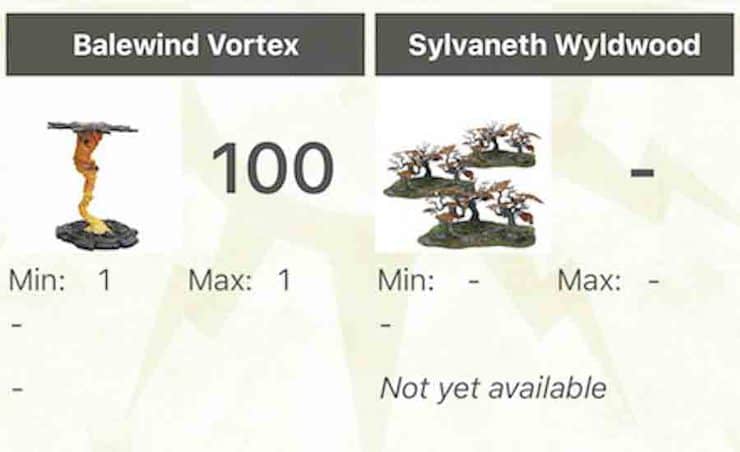 To see the full unboxing and rules review, and find out how to get your very own set scroll below: 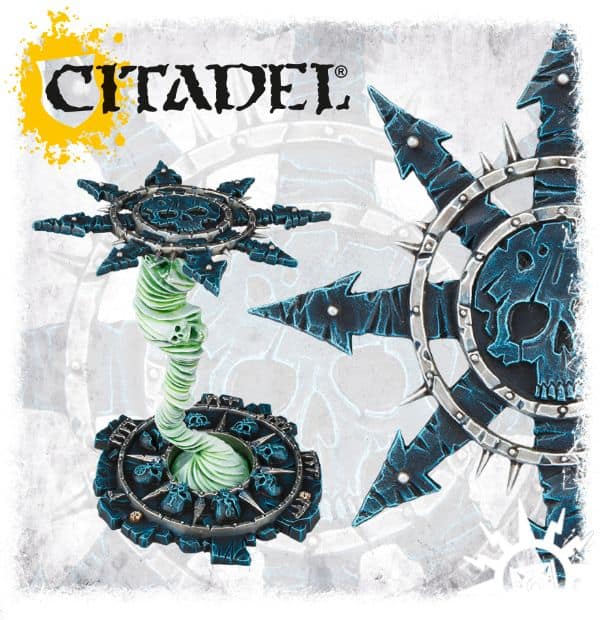 A swirling, violently swaying vortex of fell energies that can be summoned by the most powerful wizards in the mortal realms and used as a platform from which to cast their spells, a Balewind Vortex is a terrifying sight to behold on the battlefield. When summoned, its howling gusts push any aggressors away from the wizard who called upon it, leaving him unmolested to blast away with the amplified magical abilities he gleans from the Vortex.

This multi-part plastic kit contains the components necessary to assemble a Balewind Vortex, a scenery piece for your games of Warhammer Age of Sigmar. Rules can be found in the tab on the right. 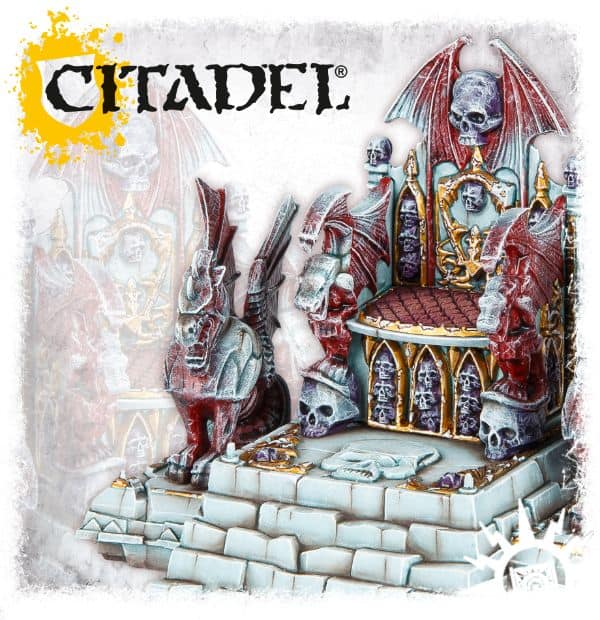 Constructed in an ancient time by powerful and insane wizards, these mighty thrones are highly sought after. A warlord who takes the throne can use the magic imbued within it to wreak wrath and ruin upon his enemies, amplifying the bravado and strength of his troops while demoralising and weakening the resolve of the foe.

This multi-part plastic kit contains the components necessary to assemble a Magewrath Throne, a scenery piece for your games of Warhammer Age of Sigmar. Rules can be found in the tab on the right.

Head over to Games Workshop to get your hands on these two must have pieces of terrain for any Age of Sigmar army! 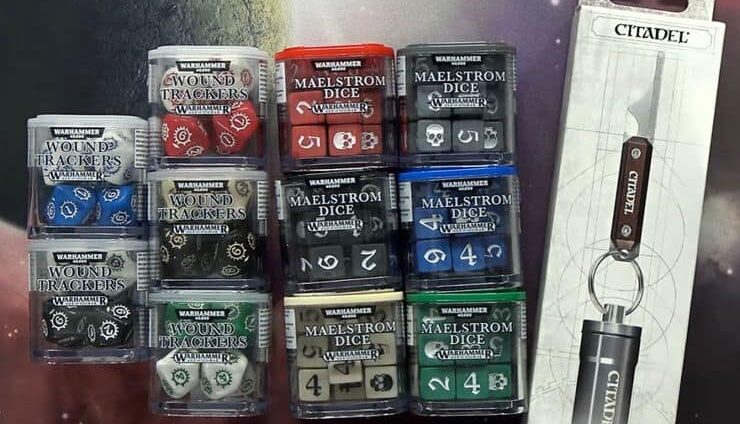 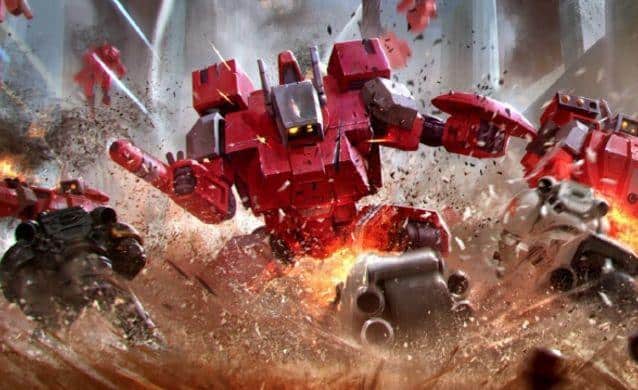 NEXT ARTICLE
New 40k Fortification Line up Confirmed – Planetary Onslaught »
If you buy something from a link on our site, we may earn a commision. See our ethics statement.