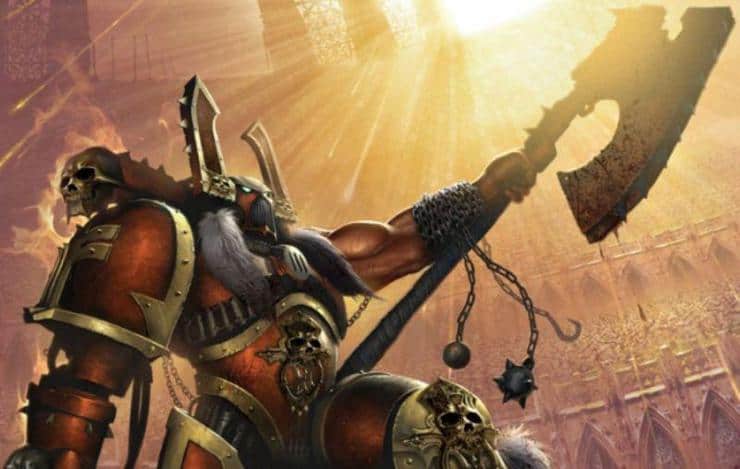 Patrons of the Dark Gods unite. Checkout more Chaos Traitor Legion rules and Psychic powers that have been spotted!

The Combat Phase podcast is claiming to not only have the book currently, but has also transcribed it for all the followers of the Dark Gods around the world:

Did this fast as fans cracking the whip behind me so pardon auto spell errors, if any abbreviations don’t make sense ad just ask if you have any questions. Thanks, fans for your support and patience! 🙂
Codex Supplement: Traitor Legions $35 USD pre-order Dec. 3, available Dec. 10

Disclaimer: I’m not a competitive beat-face player but love themed armies and fluff and when that marries into a playable force I can use on the tabletop I’m happy. I’m also only recently become a CSM player last week with WoM and Thousand Sons release (army already being built and getting some paint). However, I am a Horus Heresy nut and if any of you have listened to this podcast before (Combat Phase podcast) you’ll know how I love me some heresy. If you are looking for new rules for Heresy models from FW or plastic GW HH products then I’m afraid to tell you that is not here.

As I’ve said before, no new models accompany this or the Codex: Imperial Agents books this week or next, however, in 2017, so few weeks away…we should have quite a good first quarter (at the very least). That said, as a Heresy player I’m impressed with most of the flavoring given to these legions. Some like Alpha Legion or Death Guard (my  30K army) or even World Eaters are pretty sweet enemy opinion. But you decide for yourself.
The episode of Combat Phase with this review is coming soon but in the meantime for all who are chomping at the bit..

5 Word Bearers – tactical objectives are higher reward for them, I think.

must: no unique, units w/mark already can’t play, though those w/option to upgrade mark may do so, VotLW; same w/psykers & demon Psyk = their gods

obj: your zealots make a charge; your demon kills a unit in assault; kill enemy character; D3VP for successful conjuration; D3 VP if you control obj enemy did; 1VP if you roll on boon table (improves) 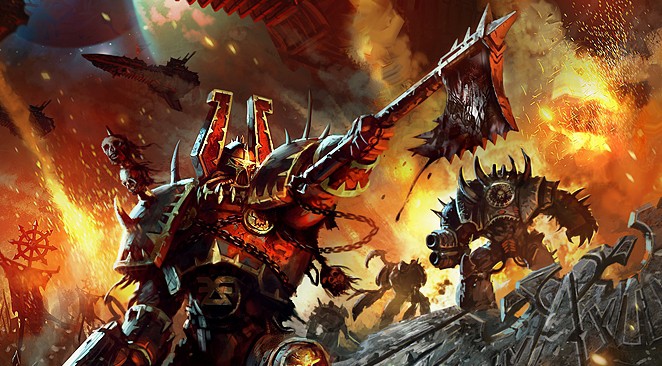 must: only Khârn; no psyker scum; only mk Khorne; VotLW, Demons must be of Khorne 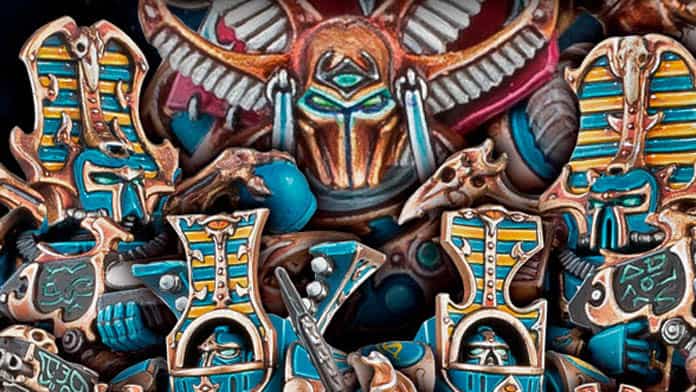 must: Typhus only unique; only Nurgle marks; VotLW; DP need Mk Nurgle; psykers can take all from Nurgle

army: Disgustingly Resilient: re-roll FnP rolls of 1; Cloud of Flies: ranged hits more than 18” away give you stealth rule for resolving attack 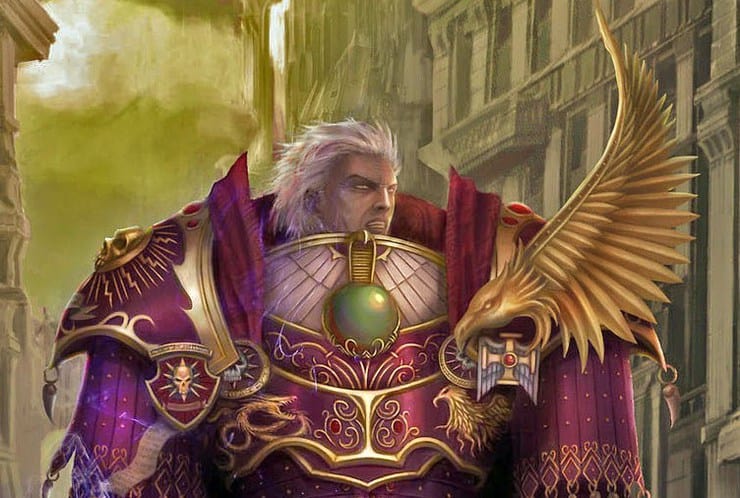 army: combat drugs! roll after deployment for all your non-vehicles 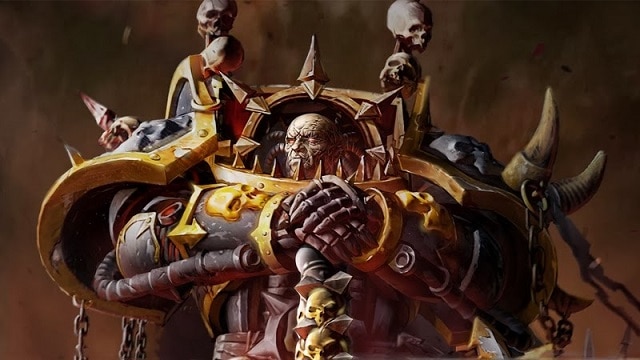 Again after seeing the new rules for Chaos, I have to say I am impressed. IF true, look to be pretty well balanced and work well with the current Chaos Space Marine codex.

This set of rules was super spicy for sure, with Slaanesh at first glance getting some SERIOUS upgrades for sure. How that will fit in with the current meta is unclear, but it is an amazing start for sure!

Did you also notice that there was very rare instances of things becoming another force organization type? Sure there was the stuff we expected but really this is a collection of formations and detachments for the most part, that can confer troop status to some other types of units that normally would not have it.

It seems like to me they are setting this book up to have life after the edition change, as we could see 8th Edition 40k going to more of a formation type game similar to Age of Sigmar that could only require “Troops” for force organization if you were playing a particular faction (I.E. Iron Warriors).

Plus they did re-use some of the previous formations and wargear we have already seen as well from Traitor’s Hate, etc.

Now the rules themselves for the legions all seem very fluffy and when compared to the current competitive meta really don’t seem “OP” at all. Plus don’t forget you can mis Daemons in where applicable either as allies or formations to said army.

Special Thanks To the Combat Phase for posting this, be sure to give their pocast a listen with it drops. 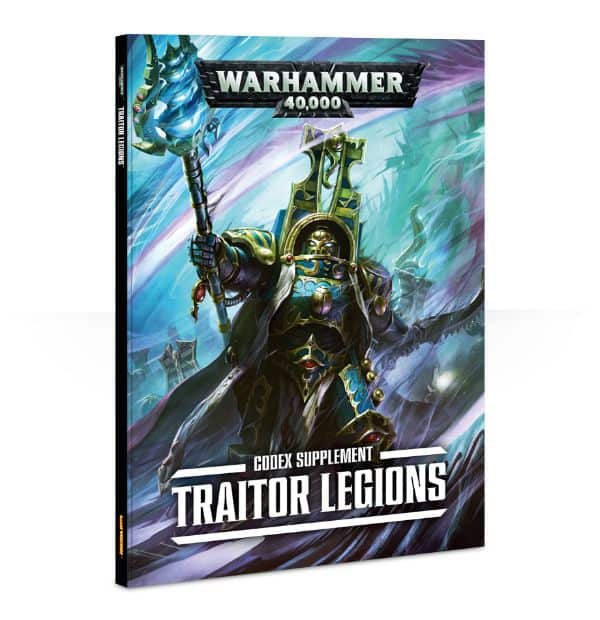 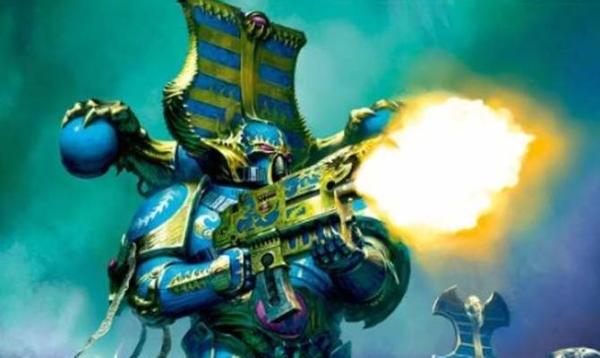 PREV ARTICLE
« The Begnining of The End Times? Wrath of Magnus: REVIEW 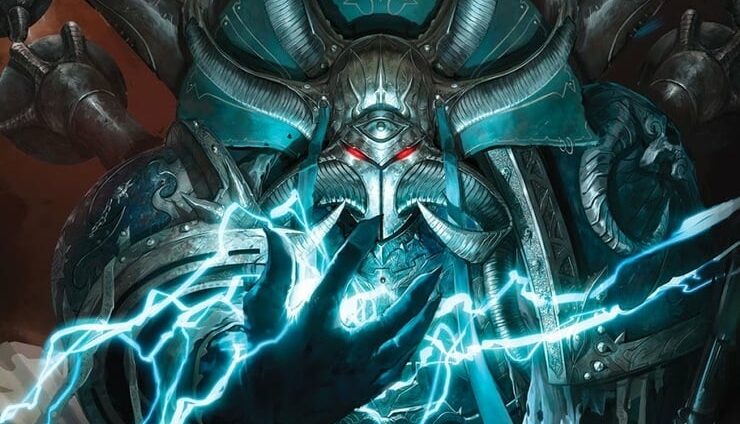 NEXT ARTICLE
A New 40k FAQ Appears: Wrath of Magnus Gets Day One Attention! »
If you buy something from a link on our site, we may earn a commision. See our ethics statement.